I know, I know what you are thinking. Dragons never existed, right. So how come every civilization has a lore or two mentioning the existence of dragon? The possible answer is that a dragon like creature once roamed the earth but is now extinct except for in literature, on-screen, paintings and our spawning imagination. Here’s list of 10 most popular dragons of all time: 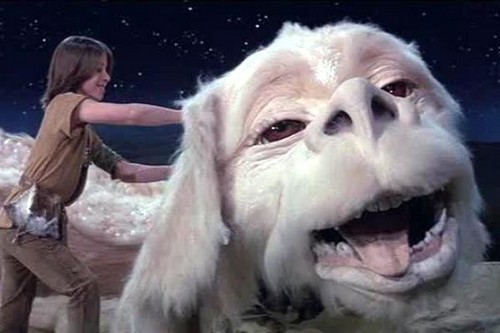 In the Fantasy land known as The Swamps of Sadness, Falkor, the marvelous furry luck dragon along with Atreyu (the hero) confronts a number of obstructions in their way to battle the evil Nothing. Falkor was one of the few survivors of The Nothing who almost consumed Fantasia and he helps Atreyu not only by his super-fast flight but with encouragement and hope. This luck dragon appears in The Neverending Story (1984). 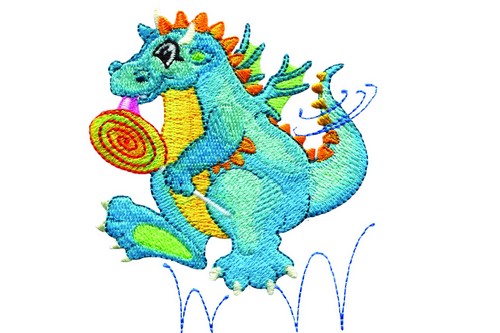 This one originates in a television show, back in 1986 named ‘Lollipop Dragon: The Magic Lollipop Adventure’ where Lollipop Dragon along with his gang of friends saves the day following confrontation with Baron Bad Blood. Each time they successfully manage to beat the Baron Bad Blood form wining the Christmas Race and forcing everyone to eat his liver flavoured lollipops on Christmas. Duh!!! 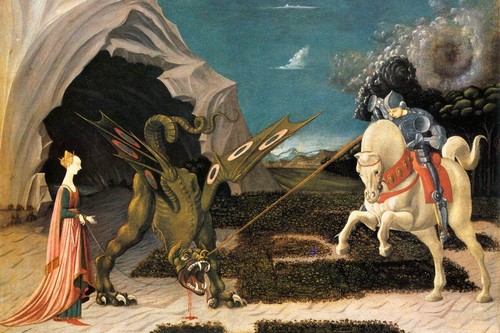 St. George is England’s patron saint. According to the Christian hagiography, St. George (275-303 AD) became a venerated Christian martyr after winning a battle against a dragon therefore saving thousands of lives. There are many versions of the story of St. George slaying the dragon but the most popular one goes like this – it’s called saving the damsel in distress. A town that was terrorised by a dragon decided to appease him by offering a princess. St. George upon hearing the news marched towards the dragon’s lair and slayed him right across his wings (for the wigs were scaleless and vulnerable). Disney had made a feature film in 1941 based on the 1898 children’s story ‘The Reluctant Dragon’ by Kenneth Grahame. This short story is often hailed as the prototype of most modern stories where the dragon is depicted as a sympathetic character than a threat. 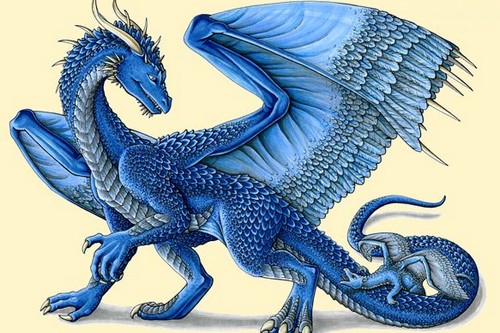 She is the marvellous creation of the American author Christopher Paolini. Though the first book of the Inheritance Cycle is named Eragon – after her rider, Eragon – the most important character in the book is Saphira. She was the one who choose to find Eragon and unleash the potentials within him to fight the evil powers. Lucky chap! Saphira is not only his partner and friend, she is s guide who gently leads Erago to the right direction when he’s lost. And when it comes to surreal power, she can telepathically connect with her rider and offer the most sophisticated dragon-y advice. You should get a dragon like Saphira for yourself. No, seriously. She’ll turn your life around.

Check out Saphira, the enchanting blue dragon in the trailer of the feature film ‘Eragon’ released in 2006. 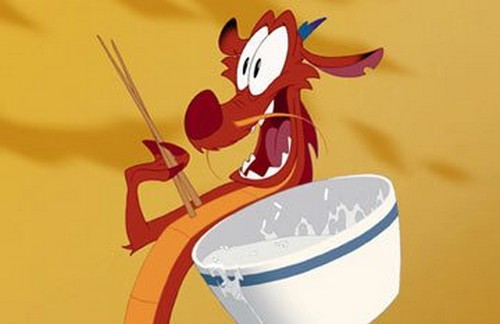 The funniest dragon that ever lived. Well, he didn’t exactly live, except for in our spawning creative minds. Mushu is a red dragon that appeared in the 1998 Disney film ‘Mulan’ and its sequel. Voiced by Eddie Murphy initially and Mark Moseley later, Mushu provides comic relief in the films. He is overconfident, funny, impulsive and selfish. Once he was a guardian of Mulan’s family but was demoted for not being able to protect one of family members. Desperate to rise to his former position he urges Mulan to join the army and places his life on risk which he later regrets. Underneath everything Mushu has a good heart and is rather sensitive about his size. He hates being called a lizard – “Hey! Dragon. DRAGON, I don’t do that tongue thing (hisses).” 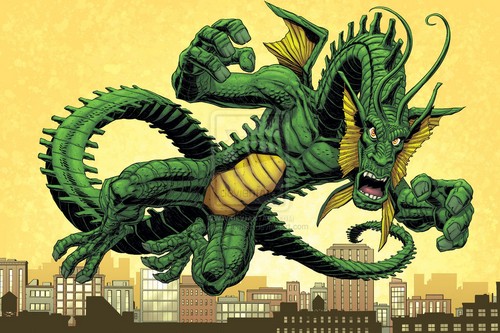 The most enduring character of the long-gone age of monsters, Fin Fang Foom had first appeared in comic books published by Marvel Comics created by Stan Lee & Jack Kirby. This kick-ass dragon has a list of amazing abilities, from super human strength to extreme durability, regenerating healing factor, acid mist breadth, telepathy, supersonic flight via wings, prolonged lifespan, gifted intellect and as if these weren’t enough, he possesses advanced alien technology too. Fin Fang Foom has fought with a number of superheroes like Iron Man, Fantastic Four et al. He ranks 99, in the IGN’s list of Top 100 Comic Book Villains of All Time.

4. Draco (From The Film Dragonheart) 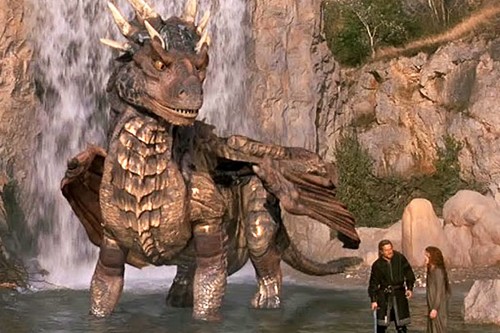 Yeah, I know. You thought of Draco Malfoy in the first glace at the name. Dragonheart came out in 1996. Draco, voiced by Sean Connery was one of the protagonists. This digitally created copper-scaled dragon was back then the finest and most authentic looking dragon ever seen onscreen. Without giving away too much of the plot, let me inform you that in the film Draco was the last living dragon and had managed to incur the wrath of a village. Although, he is feared, Draco is actually kind-hearted, very wise, sarcastic and unfailingly loyal. In the film he finds an unlikely friend in a knight played by Dennis Quaid. 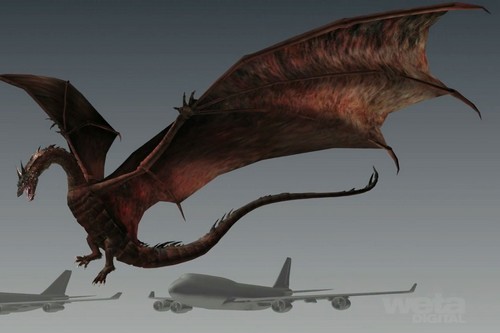 Over the years writer J. R. R. Tolkien has created the most fascinating characters in literature, Smaug – the fire drake is one of them. He is probably the only dragon that has as many as 15 different names (Smaug the Magnificent, Smaug the Terribe, Smaug the Mighty etcetera). He first appeared as an antagonist in the 1937 novel ‘The Hobbit,’ where he is described as ‘most specially greedy, strong and wicked worm.’ He lived in a den on the Lonely Mountain where he guarded all the treasures. This one’s a badass, better steer clear of him. And btw, Benedict Cumberbatch had provide the voice and motion-capture for Smaug in Peter Jackson’s trilogy.

How would you like to have an invincible dragon in your house? It really isn’t as scary as it sounds, though Elliott’s naivety often does causes trouble but at least he isn’t as badass as Smaug. ‘Pete’s Dragon’ is a 1977 live-action/animated musical film from Walt Disney Production that narrates the story of a young orphan named Pete who enters the fishing town of Passamaquoddy with his only friend Elliott who protects Pete and occasionally lands him into trouble with the towns folk. Elliott can make himself invisible and is generally visible only to Pete. 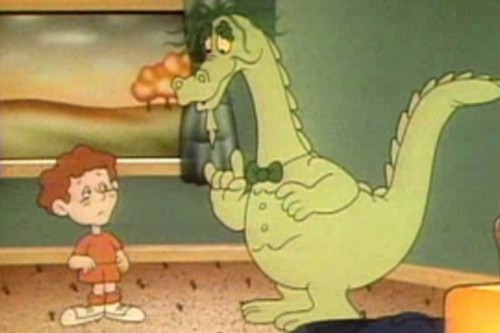 Puff, the magical dragon is actually a song sung by Peter, Paul and Mary in 1963 which achieved great popularity and stirred controversy with the idea that ‘puffing the magic dragon’ had something to do with smoking marijuana. Though the authors of the song have repeatedly rejected this urban legend and have strongly and consistently denied that they intended any references to drug use. The lyrics tells the story of an ageless dragon Puff and his little friend Jackie Paper. When Jackie grows up, he losses interest in Puff and leaves the magical dragon all alone and depressed. The story is about the hardships of growing up.