Every single comic addict will always be fascinated by the real tragedy and the piece of adrenalin rush created just by the villains themselves. Remember those “Kaboom!” and “Bang!” moments inside those coloured pages when our heroes fight with the evil villains to save the planet or the city? Don’t you remember the Hydra team from the Avengers? They are the masterminds behind every state of the art weapon to destroy the entire Shield team. And the laughing face of Joker in front of his cruel intentions to demolish the entire Gotham City is always a nightmare for the Gotham police force. And who don’t know about Rorschach and his mask from the mini novel series, “Watchman”. The countdown for the inspirations behind those jaws dropping, fearsome Supervillains are all ahead. 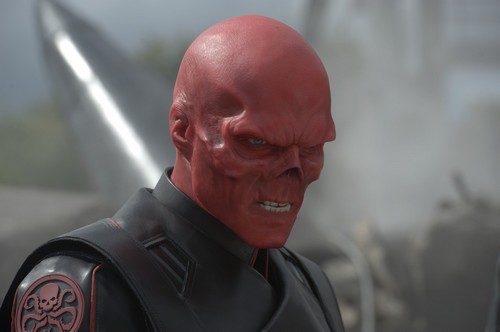 Co-created by Joe Simon, Jack Kirby and France Herron, Red Skull was introduced as the principal villain of our hero with the Vibranium shield, “Captain America”, born as Johann Shmidt, almost killed by his madness-driven dad, Hermann Shmidt, right after his birth. Later during his teens, Red Skull got the job of a bellhop who served the rooms of Adolf Hitler. While talking about this Nazi fella, Joe revealed that this ruthless villain came to his mind when he was enjoying a hot fudge sundae. To him, the hot fudge running down through the vanilla ice cream looked like limbs. With the intention of naming him as “Hot Fudge”, Joe changed his mind after looking at the cherry on top and made him “Red Skull”. 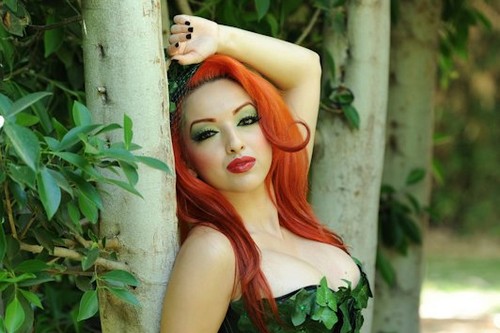 Following the current world’s trends was the catch for Robert Kanigher and Sheldon Moldof, while creating this deadly and beautiful batman villain. This most prominent eco-terrorist is placed at rank 64 in the IGN list of top 100 villains of all time. Following the growing feminist movement of mid 60’s and hugely inspired by ’50s pinup model, Bettie Page’s looks, this redhead was acclaimed as the “after reading effect” of “Rappaccini’s Daughter” by Nathaniel Hawthorne’s in the “Batman – Complete history” journal book by the creators. 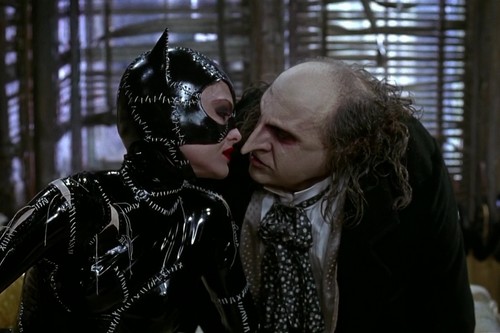 Penguin, one of the most persistent enemies of Batman, was introduced by Bob Kane and Bill Finger in December 1941 as an eccentric criminal mastermind. Played by Danny DeVito in the 1992 film, “Batman Returns”, this bird-loving villain was inspired by emperor penguins as bill found the similarity with stuffy English gentlemen in tuxedos. On a completely different note by co-creator Bob, he admits he was really fond of the printed advertisement of “Kool menthol cigarettes” when creating Oswald Chesterfield Cobblepot aka Penguin in the book, “The Complete History: The Life and Times of the Dark Knight.” 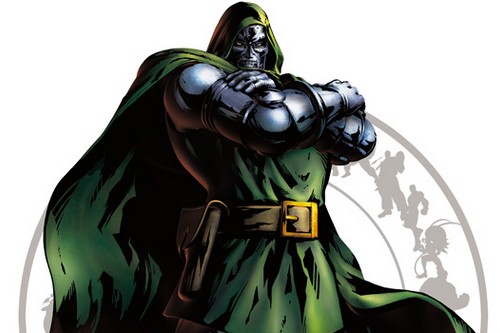 The famous creation of Stan Lee was introduced as the arch enemy of Fantastic four and placed rank.4 in Wizards top 100 villain list. The arrogant and vengeful ruler of Latveria was inspired by death, as the co-creator, Jack Kirby, portrayed him as eloquent in its simplicity but magnificent in its implied menace. For Kerby, death is something without mercy as Dr. Doom, and human flesh contains that mercy. 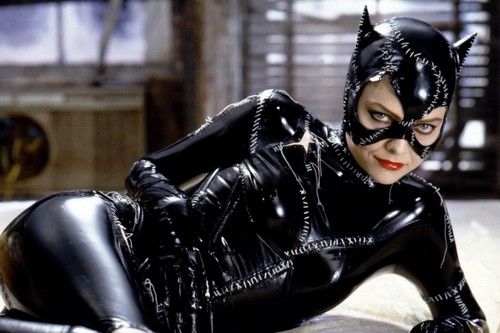 Born as Selina Kyle, she was first introduced in spring 1940 Issue of Batman as “The Cat”, and was played by Halle Berry in the “Catwoman” film. Co-creator Bob Kane admits, in his autobiography, about how he followed his own cousin, Ruth Steel, in each issue, while giving Catty the sex appeal from 1930s buxom actress, Jean Harlow. Kane also admits cats are as hard to understand as women are. You may also like; Top ten Female Superheroes. 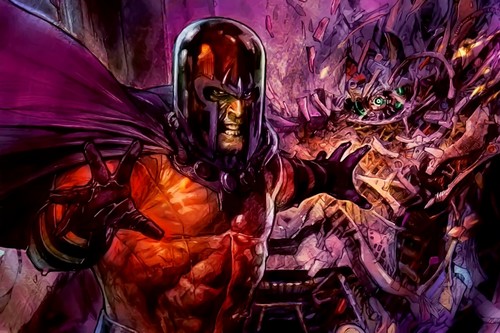 Born “Max Eisenhardt” and famously known as “Erik Magnus Lehnsherr”, Magneto was first introduced as “Magnus” by Stan Lee and Jack Kirby in 1963. This ultimate alpha mutant and the founder of the “Brotherhood” was profoundly inspired by Malcolm X and his contribution to American civil rights movement, while Professor Xavier was born with the shade of Martin Luther King, Jr., as the co-creator Kerby himself never found Magneto as a bad guy. 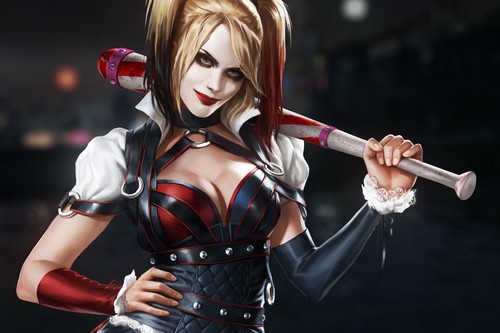 This devoted, crazy and obsessed girlfriend of Joker was first introduced in September, 1992 at the “Joker’s Favor” episode of the animated series of Batman. Created by Paul Dini and Bruce Timm, she was later introduced in the comic pages. In his 1998 book, “Batman Animated”, Dini admits the “soap opera actress, Arleen Sorkin, starring in “Days of Our Lives”, dressed as a court jester, was the inspiration behind Quinn. 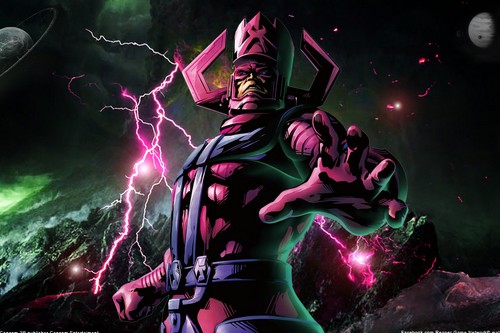 “God must be crazy as the Galactus.” Created by Stan Lee and Jack Kirby, debuted in The Fantastic Four #48, March 1966 issue, introduced as the enemy of “Fantastic Four” in Beyond Good or Evil. Lee admits that he was trying to introduce a supper-villain with extreme super powers – enter, Galactus. Stan Lee compared Galactus with god himself in his book, “Marvel Masterworks”, as Kirby also admits he went to the Bible and found Galactus in “The Masters of Comic Book Art” video. 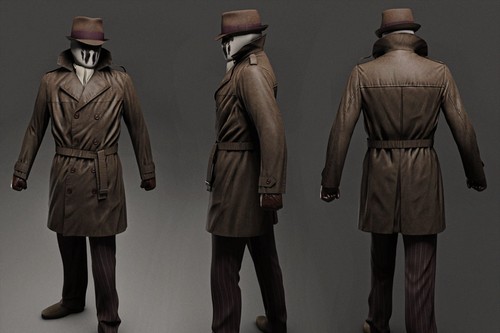 This famous protagonist was introduced by Alan Moore with artist Dave Gibbons in 1986 graphic novel miniseries Watchmen, published by DC Comics. With his “Objectivism” and unstable mind, Rorschach was played by Jackie Earle Haley in the 2009 film adaptation of watchmen. This psycho anti-hero was inspired by “Question” and “Mr. A”, two comic book characters created by Steve Ditko, as discussed in the year 2000 book “Toasting Absent Heroes” by Knutson, Jon B. His famous mask was taken from the pattern of projective psychological test called “Rorschach inkblot test”. 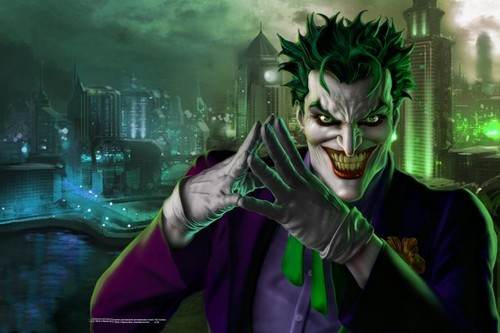 “Why so serious” about the first place? Batman’s oldest and deadliest foe was created by Jerry Robinson, Bob Kane and Bill Finger and introduced in the first issue of Batman in April, 1940. This psychopath criminal mastermind came in mind after Kane saw a playing card of the Joker, which looked like Conrad Veidt. Later, Robinson also admits the inspiration of Conrad Veidt in The Man Who Laughs, a 1928 classic movie based on the novel by Victor Hugo in “Knight Flashback: The Joker”- Part I. This famous villain is also made Heath Ledger a legend in the heart of every true batman addict.

Most of the greatest comic book supervillains of all time have been inspired by a number of interesting and fascinating real world ideas as we see on the lists. Creations are immortal as the inspiration always will be the best critic of the creation itself. As we endeavor ourselves more into the comic universe, we get to know some of the villains like “The Blob” and “Apocalypse” just sprung forth from the minds of their creators, drawn from out of the world inspiration. A few – such as Loki and Hercules are easy to figure out, drawing directly from Norse mythology and Greek demigods.