TV has come a long way from being a just a silly idiot box to décor our drawing to now an almost necessity – It served as one of the early modern inventions which helped us get connected through the entire globe. Being one of the first electronic medium, it has presented us with news, sports, entertainment and what not. Speaking of entertainment, one of TV’s way of filling that gap is through the various TV series – Comedy, drama, suspense, thriller, period, costume, science fiction, horror, courtroom subject, political etc; which have enthralled viewers then and now. So, here’s a laydown on what is presently being catered to us and which one is the best among them. This is a list countdowning the best fiction TV series of the 2010s: 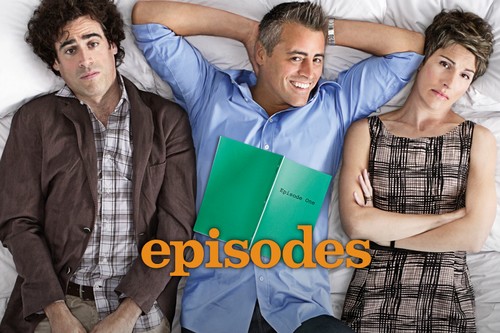 Kicking off the list at Number 10 British/American television sitcom ‘Episodes’, created by David Crane and Jeffrey Klarik. Premiering in 2011, the show is about a British husband-and-wife comedy writing team, played by Matt LeBlanc and Tamsin Greig, who travel to Hollywood to remake their successful British TV series, with disastrous results. According to Robert Bianco of ‘USA Today’, ‘Episodes’ is “A riotously, often scathingly funny showbiz satire that proves LeBlanc is smart enough to know self-mockery can be a potent weapon, and talented enough to wield it properly”. The Series has already completed 3 seasons as of 2014. Besides critical appraise, the series has won the Golden Globe Award in Best Actor – Television Series Musical or Comedy category for Matt LeBlanc, 2 other Golden Globe nominations, 8 Primetime Emmy nominations and a BAFTA nomination. 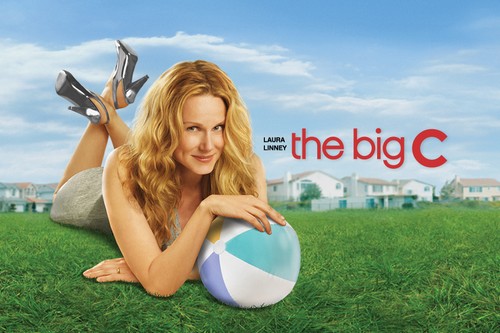 By drawing the largest audience for a Showtime original series premiere, the 9th spot in this countdown has been captured by ‘The Big C’. Created by Darlene Hunt, the show is about a suburban wife and mother – a high school teacher, who is diagnosed with melanoma, and how she deals with it humour and happiness while finding new ways of expressions. Since its start in 2010, the series has completed 4 seasons as of 2013. Starring Laura Linney, the series has so far won 2 Satellite Awards, 1 Primetime Emmy Award and 1 Golden Globe Award. Alessandra Stanley of ‘The New York Times’ writes about the show, “The Big C works because most of the writing is strong and believable”. 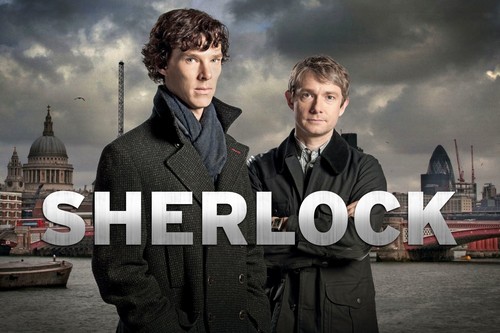 British Crime TV series ‘Sherlock’ places itself in 8th position amongst the best fiction TV series. The show projects of Sir Arthur Conan Doyle’s Sherlock Holmes in a never before seen cocky avatar in the early 21st century in his mission to put down robbers, thieves, burglars, serial killers, smugglers and blackmailers. It has Benedict Cumberbatch in the shoes of the lead role. The series which saw the lights of the day in 2010 has already completed three seasons and a Christmas mini-episode and has been renewed for a fourth season in 2015. The series has been highly praised by critics and has created a huge fan base for itself. It has also won 1 Peabody, 3 BAFTA, 2 Critic’s Choice Television, 7 Emmy Awards, besides 42 other nominations. The series has often been hailed as Smart, unpredictable, and terrifically written. 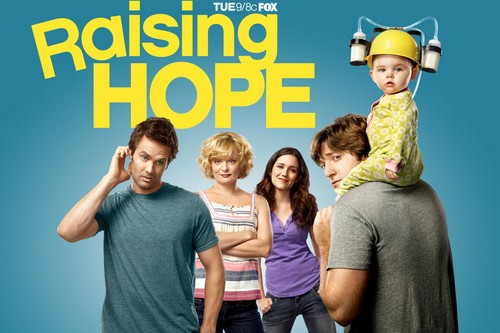 Landing in at number 7, is the American Sitcom ‘Raising Hope’. Created by Greg Garcia and premiering in 2010, ‘Raising Hope’ tells the story of 24 year old James “Jimmy” Chance, who encounters a one-night stand with a serial killer, who is on a death row, and who becomes impregnated by him and dies shortly after giving birth to the baby. Now, Jimmy is faced with the tough job raising the baby with the help of family all alone. Recently completing its fourth season in 2014, the series has won various awards including Satellite and Jamison Awards, among numerous nominations. The series has been successful in both making the audience laugh and get teared up, which in itself says a lot about the show. 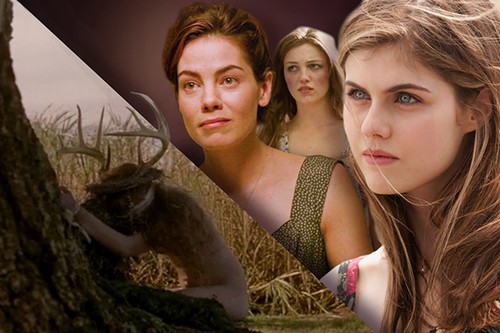 Number 6 in this countdown goes to the pulp detective fiction inspired, anthological crime drama ‘True Detective’, created by Nic Pizzolatto and starring Matthew McConaughey and Woody Harrelson in lead roles. The show, which premiered in 2014 has already been renewed for a second season in 2015 due to high critical acclaim and huge popularity. Spreading over a timeline of over 17 years, the show follows the lives of two detective in Louisiana as they hunt down a serial killer. The TV series has already garnered 5 Prime Time Emmy, 1 Critic’s Television Choice award, beside 9 other nominations in its first year of running. ‘Los Angeles Times’ in its praise for the show wrote “True Detective runs slow and steady without ever seeming to drag. Even minor characters get room to breathe, and seem independently alive; the briefest scenes seem to imply life beyond the frame”. 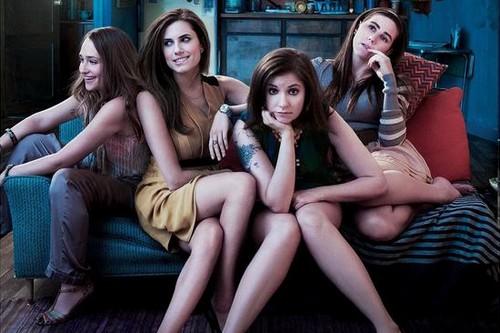 HBO’s smart, sassy and funny TV series ‘Girls’ grabs the 5th position in the list of best fiction TV series, which follows a group of young people in their 20s in NYC. Creator Lena Dunham, who is also the lead star of the show, has been inspired from some of her own real life experiences. The show has been highly praise for its portrayal of female comradeship and friendship; and has won 9 awards including 1 Primetime Emmy, 1 Writers Guild of America, among 26 other nominations. Premiering in 2012, it has completed three seasons with a fourth season on the way in 2015. The series has also been adapted into books, recently. 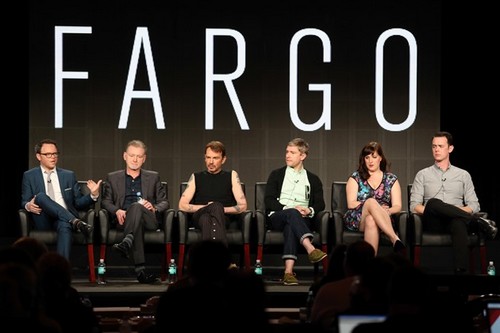 Dark comedy crime drama ‘Fargo’ takes the 4th position on the list of best fiction TV series, which is loosely based on the 1996 film of the same name. It follows Deputy Molly Solverson (Allison Tolman) as she teams up with Duluth police officer Gus Grimly (Colin Hanks), her comrade to solve a series of murder. The show premiered in 2014 and has been renewed for a second season in 2015. With three Critic’s Choice Television, 2 Primetime Emmy and countless nominations already, ‘Fargo’ has been touted as one of the best TV show of 2014. ‘Fargo’ has been applauded for presenting quirky characters, fresh storyline that has been executed with dark humour and odd twists.

3. Orange is the new black 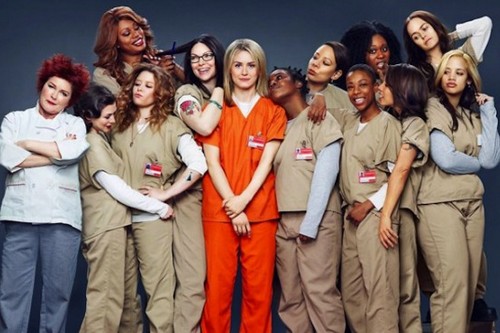 Netflix’s ‘Orange is the new black’ comes into the top 3 by finding itself on the 3rd spot on the list of best fiction TV series. Created by Jenji Kohan, the show is based on Piper Kerman’s memoir, ‘Orange Is the New Black: My Year in a Women’s Prison’. Premiering in 2013 and starring Taylor Shilling, ‘Orange is the new black’ put forwards the experiences of Piper Kerman, a bisexual, who is sentenced to prison for 15 months for a crime she was not aware of doing until very late. With two seasons completed and a third season on the pipeline in 2015, the show has already managed to collect 3 Critic’s Choice Television, 3 Primetime Emmy, 4 Satellite, 3 Young Hollywood Awards, beside many other wins and nominations. In its praise for the series, ‘San Francisco Chronicle’ said, “In every case, there is an abiding feeling for character and authenticity that helps elevate Orange Is the New Black to a new definition of television excellence.” 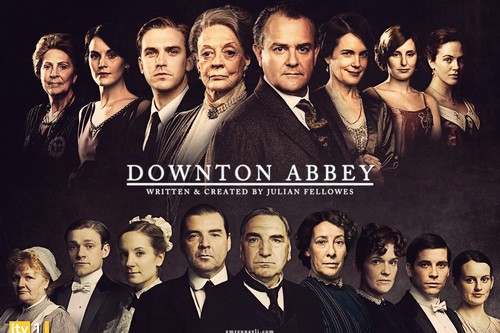 ITV’s costume period drama ‘Downton Abbey’ finds itself in the second spot in the list of best fiction TV series. The series created by Julian Fellowes premiered in 2010 is currently airing its 5th season as of 2014. It follows the lives of the Crawley Family and their staff in the fictitious Downton Abbey in Yorkshire in the post-Edwardian era. The show has been highly praised and has received accolades from worldwide. Besides, gathering the most nominations in the history Primetime Emmy Awards, it has also found itself in the Guinness World Records Book for being the most critically acclaimed English-language television series of 2011. It boasts of an eccentric ensemble cast including Maggie Smith, Laura Carmichael, Jessica Brown Findlay, Penelope Wilton, among others. “The next great “Masterpiece Theatre” series has arrived”, says ‘New York Daily News’ about the show. 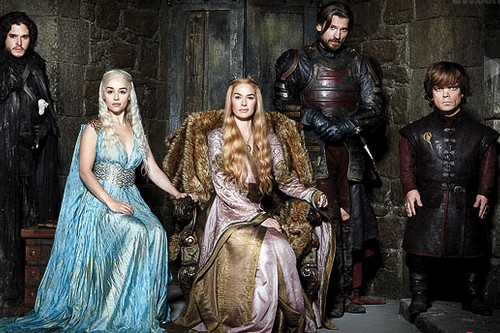 Clinching the numero uno title in this list is HBO’s fantasy drama series ‘Game of Thrones’. Based on George R. R. Martin’s fantasy series novel ‘A Song of Ice and Fire’, ‘Game of Thrones’ was created by D.B.Weiss and David Benioff and premiered in 2011. The show is set in fictitious continents of Westeros and Essos and through its various plot lines and ambiguous multi-dimensional characters covers themes of religion, power, loyalty, war, corruption, sex, hierarchy, societal roles, among many others. The Show has achieved instant success across the globe and so far has garnered 182 nominations and 59 wins. The show has already been renewed for a fifth and a sixth season to be aired in 2015 and 2016 respectively. It has created a loyal strong and huge fandom which is ever increasing, who make it is one of the most highly appreciated TV shows ever. ‘Time’ magazine in its praise for the show said “Watching Game of Thrones is like falling into a gorgeous, stained tapestry. This epic, unflinching fantasy noir takes our preconceptions of chivalry, nobility and magic and gets medieval on them.”