The name of Sherlock Holmes is known to most people around the globe. But unknown to many (especially non-readers) is that the original image of Sherlock, the famous detective is actually denatured by the eccentric portrayal of the character in the films (starring Robert Downey Jr.) and the television series (starring Benedict Cumberbatch). Here is a list of 10 less known facts about Sherlock Holmes – the famous sleuth:

10. Both Holmes & Watson Had Been Successful At a Very Young Age 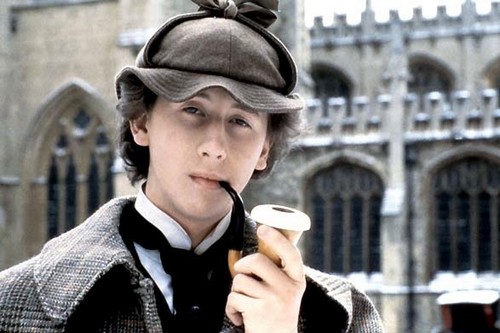 In the ‘The Adventures of Sherlock Holmes’ television series, Jeremy Brett playing Sherlock Holmes was 51 years old and Edward Hardwicke playing Dr Watson was 41 years old respectively. In the recent movies and television series the two characters likewise appear in their middle ages. But originally Holmes and Watson were quiet young when they first meet; Holmes was born in 1854 and Dr Watson meet him in 1881 therefore at the age of 30; by that time Holmes has already built quiet a reputation for himself and Watson had already served as an army doctor. It has been hinted that the two men were close in their ages. So we have good reasons to believe that they tasted accomplishment at a young age.

9. Even after Retiring Holmes Was Forced to Take up Cases 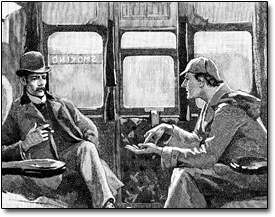 After retiring to a life of comfortable solitude, Holmes took to the study of bees by engaging in bee-cultivation and even wrote a book on the subject. While Holmes was happy living with his bees, his country was in grave danger. Official information was regularly being leaked and government agents were disappearing one by one giving rise to a desperate situation. Thus the government turned to the retired Sherlock Holmes for help. Without giving away too much of the story – in ‘The Last Bow’ (story) Holmes once again teamed up with Watson and planned to go to America as an Irish secret agent where he’ll have to spend 2 years in order to catch the culprit. 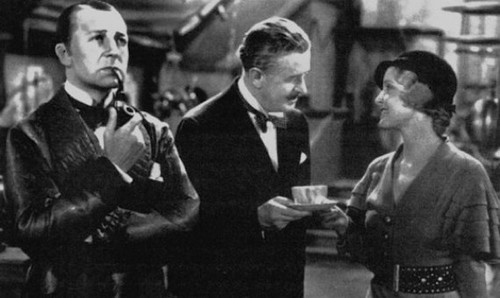 In the Robert Downey Jr. starrer ‘Sherlock Holmes’ movie, Holmes’s relation with the police was rather tensed and distrustful where he often kept informations to himself rather than sharing them with the police. But originally, though pursuing independent investigation Holmes always tried to point the police towards the right direction and left evidences for them to figure out what ever he has been able to figure out, as we see in ‘The Adventure of the Devil’s Foot’ among other stories. In ‘The Adventure of the Wisteria Lodge’ he even shared information with the police to help them get on the right track. 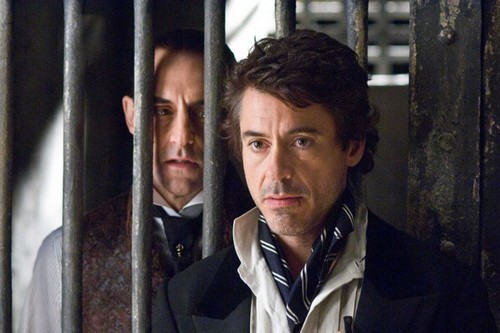 Owing to the Robert Downey Jr. starrer ‘Sherlock Holmes’ film, people have got the idea that Holmes suffers from compulsive eccentric behaviour and unclean living habits. But you would be surprised to know that in the novels and short stories, Holmes was actually very well mannered especially towards women (though he still despised the other sex). His behavioural pattern was nothing close to the self-indulgent Benedict Cumberbatch or the idiotic Robert Downey Jr.

And though, when not working he was lazy, Holmes was a moderately hygienic man. In the novel ‘The Hound of Baskerville’ an investigation called the need to live on a desolate moor inside a shack. Even in that remote place he manages to get himself delivered some fresh clean cloths and other luxuries to make it home. 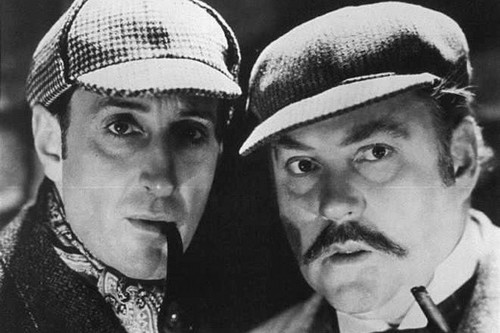 Holmes in the name of England and the Queen has played with emotions perhaps more often than Dr John Watson would admit. In the short story ‘The Adventure of Charles Augustus Milverton’ he tells Watson with great emphatic sorrow how he had to win over a maid’s heart in order to gain certain knowledge that would help him solve the case at hand. He depicted great compassion for the maid whose heart he was about to break; but once the case solved and heartbroken he didn’t bother to make it up to the maid or even explain to her the dilemma he was in. For him the end justifies the means.

5. Holmes was a Rascist 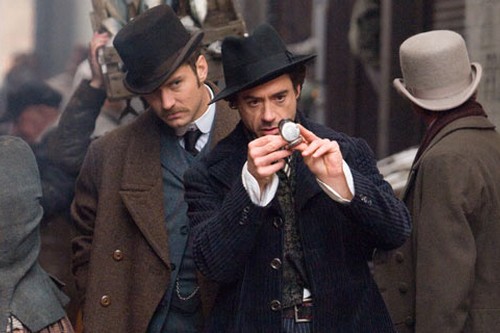 In the short story ‘The Adventure of the Three Gables’ Holmes, based on the skin colour of a black boxer, branded him stupid and even went to the extent of making fun of his lips. The black man said – “that’s my name, Masser Holmes, and you’ll get put through it for sure if you give me any lip.’ ‘It is certainly the last thing you need,’ said Holmes, staring at our visitor’s hideous mouth.” After the boxer leaves Sherlock Holmes comments “I am glad you were not forced to break his woolly head, Watson. I observed your manoeuvres with the poker. But he is really rather a harmless fellow, a great muscular, foolish, blustering baby, and easily cowed, as you have seen.” Of course Holmes was only echoing the common sentiments prevalent in his times. But with the brain, intellect and experiences as his, one does not expect Holmes to pass such crude judgements based on one’s race and skin colour. 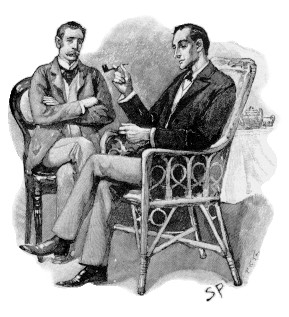 Before you get any wrong ideas, let me clarify that Sherlock Holmes did not always trust Dr. Watson because Watson after all was a human and his emotions could end up betraying him unintentionally. Holmes would never think of losing a case for some petty emotions. In ‘The Adventure of the Dying Detective’ Holmes tricks Watson into believing that he was dying of a deadly disease only so that Watson would follow his instructions sincerely. Before this he had pretended to be dead for a few years holidaying around the globe until his return in ‘The Adventure of the Empty House’, while Watson spent his day mourning the death of his friend.

3. Sherlock Holmes’s Cap and Pipe is a Fabrication 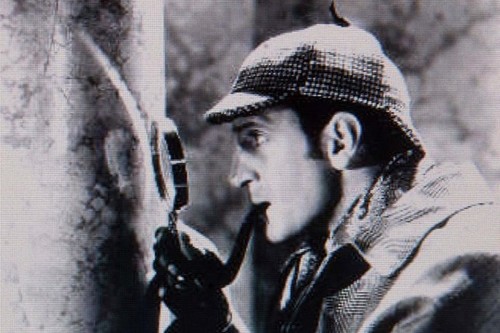 When one thinks of Sherlock Holmes, the image that flashes before the eye is that of a middle aged man in a deerstalker cap and a calabash pipe dangling the side of his mouth. It may come as a surprise but the cap and the pipe were not the part of Holmes’s normal attire. Sir Arthur Conan Doyle had never made Holmes wear a deerstalker cap and the pipe that he used was much different to what is usually depicted on screens. The combination of the cap and pipe was first used in the theater. Using the calabash pipe made it easier for the actor to rest it on his chest while he was speaking. 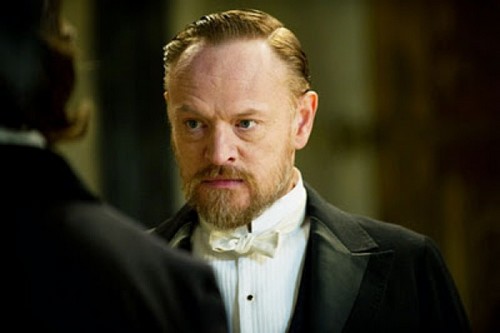 Professor Moriarty – the alleged greatest rival of Sherlock Holmes actually appeared in only one story ‘The Final Problem’ and had a brief mention in the novel ‘The Valley of Fear’. He was like Holmes – a consultant with a large inclination towards money-making and therefore gave consultation to criminals. He was introduced by Sir Arthur Conan Doyle in the (intended) final story of Sherlock Holmes were Holmes was to be killed for Doyle wanted to be finished with Sherlock Holmes and move on to other projects. Surely, Moriarty had his own peculiar brilliance but never had Holmes or Watson admitted Moriarty being their arch-enemy. After the publication of ‘The Final Problem’, loyal fans created such a hue & cry over Holmes’s death that Doyle was forced to revive him in ‘The Empty House’. And since then Holmes and Watson had had to confront many genius evil minds.

1. Sherlock Holmes was Never in LOVE with Irene Adler 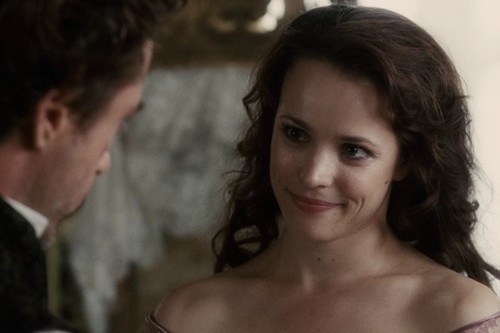 This point may discourage fan fiction writers but let’s face the truth – Holmes was never in love with Irene Adler. She had appeared in only one story ‘The Scandal in Bohemia’ and in fact had only spoken to him once, in the guise of a passing by man saying, “Good night mister Sherlock Holmes”. Irene Adler was the first and the only woman to beat Holmes in his own game. Dr Watson described the reaction of the detective at the moment of his loss to ‘the woman’ – ‘Sherlock Holmes staggered back, white with chagrin and surprise.’ Holmes therefore conferred upon her, the title ‘the woman’ out of admiration not love. The woman never reappears in any of Doyle’s stories but the chance of creating a romance has always attracted imaginative minds.