Here I list my top 10 truly beautiful abandoned places around the world. Hoping to bring some essence of real life to what many consider an extremely fictional occurrence. These are some of the world’s strangest places, spots where time appears to have stood still. Once thriving settlements that are now nothing more than ghost towns.

These are top 10 truly beautiful abandoned places around the globe. 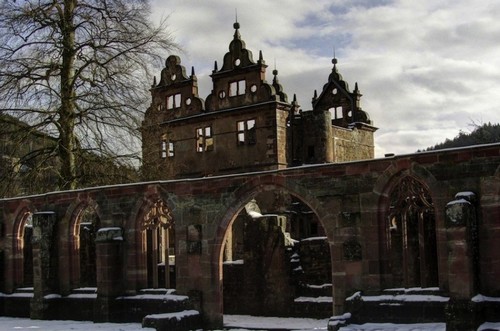 The monastery was founded in 1084–85 in the Black Forest, by the source of the Brigach, against the background of the Investiture Controversy, as a result of the community of interests of the Swabian aristocracy and the church reform party, the founders being Hezelo and Hesso of the family of the Vögte of Reichenau, and the politically influential Abbot William of Hirsau. The intended site was initially to be at Königseggwald in Upper Swabia, but at William’s behest St. Georgen was chosen instead. The settlement, by monks from Hirsau Abbey, took place in the spring and summer of 1084; The chapel was dedicated on 24 June 1085. 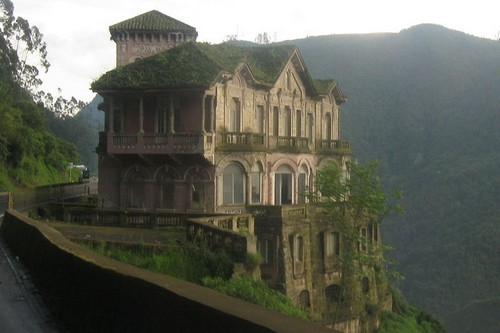 Tequendama Falls is an upcoming museum in San Antonio del Tequendama, Colombia. The building was constructed as a mansion in 1923, as a symbol of the joy and elegance of the elite citizens of the 20s. Later in July 1950, the building was reconstructed into an eighteen story hotel. The hotel was then abandoned in the 90s for more than two decades due to river contamination. Now, it is a major tourist attraction. The thousands of tourists who visit the area to admire the 157 metre (515 feet) tall waterfall and the surrounding nature, make a stop at another nearby landmark as well, the abandoned Hotel del Salto. Situated just opposite to the waterfall and on the edge of the cliff. It provided a breathtaking view to its guests. 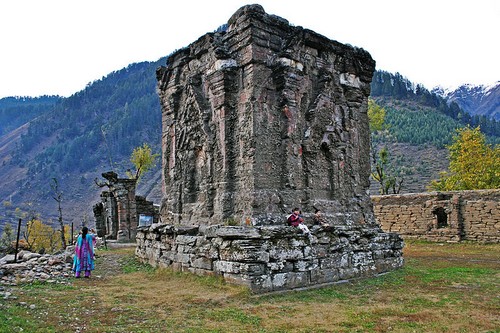 The famous temple of the goddess Sarasvatī (Sharda) on the banks of Neelum River, (Kishenganga River) in Neelum Valley, Kashmir. The Kashmiris are highly devoted towards this great deity whom they call as ‘BHAGWATI’. During their daily worship they often say “Namastey Sharada Devi Kashmir Pur Vasini Tvam Ham Prartheye Nityam Vidya Danam Che De hi mey” meaning Salutations to you, O Sharada, O Goddess, O one who resides in Kashmir. I pray to you daily, please give me the charity of knowledge. The temple was last repaired by Maharaja Gulab Singh of Kashmir. 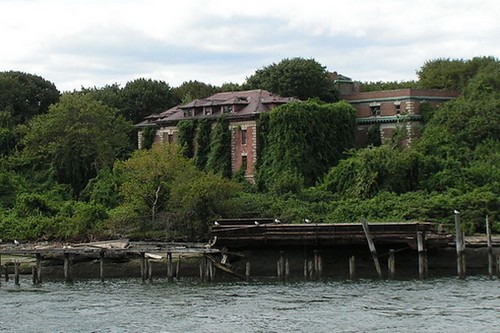 North Brother Island is a small island in the East River situated between the Bronx and Riker’s Island, New York City. Once the site of a hospital, it is now uninhabited and designated as a bird sanctuary. It measures approximately 400 m by 250 m. Its smaller companion, South Brother Island, is a short distance away. Together, the two Brother Islands, North and South, have a land area of 20.12 acres. 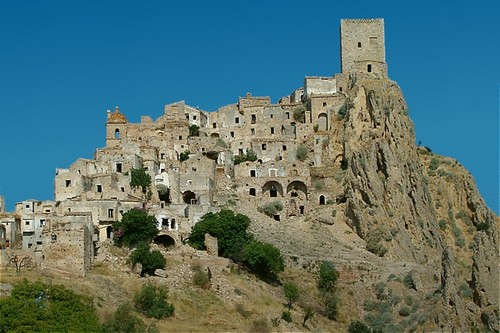 Craco is an abandoned commune and medieval village located in the Region of Basilicata and the Province of Matera in Italy. About 25 miles inland from the Gulf of Taranto at the instep of the “boot” of Italy. It is typical of the hill towns of the region with mildly undulating shapes and the lands surrounding it sown with wheat. It was abandoned in 1963 due to recurring earthquakes.

See also; The 10 Most Scenic Drives in Europe. 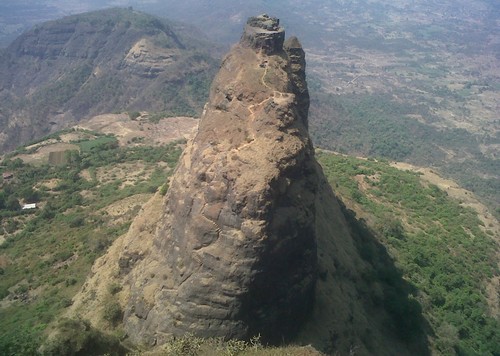 This fort is just opposite to Prabalgad. It is also visible from Mumbai-Pune Expressway. According to stories, the fort was built for a queen named Kalavantin. Steps leading up to the fort have been cut into the rock face of the hill. From the peak of this hill you can see Matheran, Chanderi, Peb, Ershal, and Karnala forts, and also the Mumbai city. The Adivasi People of Machi-Prabal village observe the custom of dancing on every Holi (Shimga) Festival at the top of Kalavantin Fort. These people have a long-standing relationship with this fort and it has become a part of their heritage.

See also; 10 Fascinating Places in India You Must Visit Before Your Last Breath. 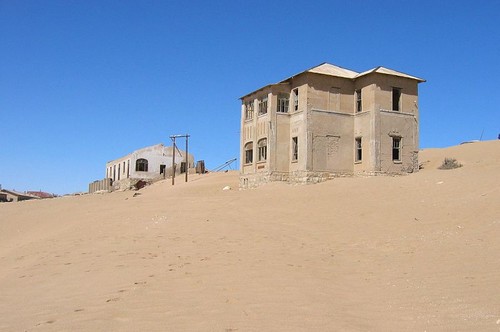 Kolmanskop is a ghost town in the Namib desert in southern Namibia, a few kilometres inland from the port town of Lüderitz. It was named after a transport driver named Johnny Coleman who, during a sand storm, abandoned his ox wagon on a small incline opposite the settlement. Once a small but very rich mining village, it is now a popular tourist destination run by the joint firm NamDeb (Namibia-De Beers). 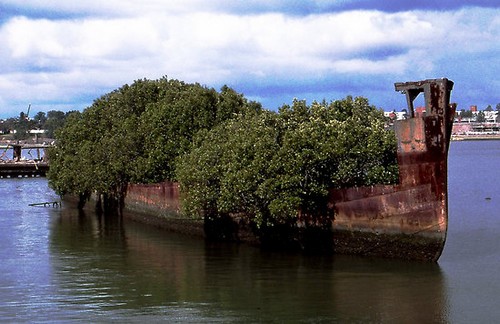 The SS Ayrfield – previously known as the SS Corrimal, is a rusty shipwreck with dense vegetation on the surface of the wreck, it is stuck in the calm waters of homebush bay, west of Sydney, Australia. It was a steel-hulled, single screw, steam collier of 1140 tonnes and 79.1m in length. Also, it was built in the UK in 1911 and registered at Sydney in 1912. It was purchased by the Commonwealth Government and used to transport supplies to American troops stationed in the Pacific region during WWII. 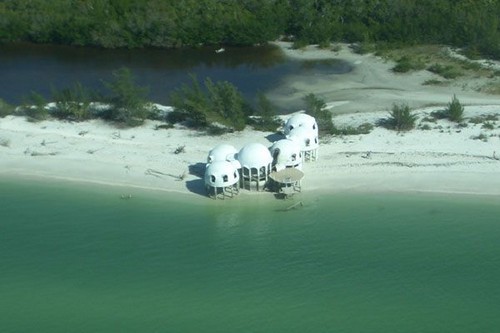 The adventure behind the Dome House at Cape Romano, Florida, is as aberrant as the alone architecture itself. A continued appellation victim of decay, the abode was originally built in 1981 in Naples and sold to John Tosto in 2005. Since again it’s been at the center of a longstanding redevelopment dispute, which reportedly could accept saddled Tosto with fines of over $185,000 on the property.

See also; 10 Creepy Places That Can Just Give You Chills. 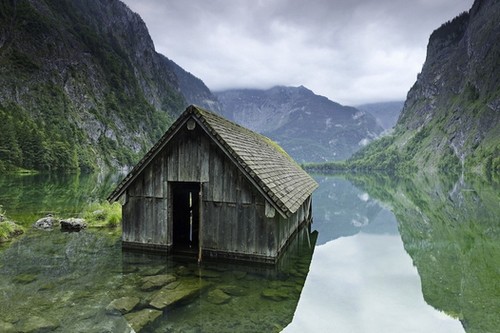 Fishing Hut in Lake of Berchtesgaden National Park. The Park is located in the southeast of Germany, in the Free State of Bavaria, adjoining the state of Salzburg in Austria. Founded in 1978, the park includes an area of 210 square kilometers and is owned by the state. Its high mountain landscapes are characterized by extensive forests and steep rock faces.