All of us read or heard about different abandoned places, ghost towns, theme parks, shopping centers, theaters and hospitals, but we are interested in abandoned hotels. Those hotels in which you wouldn’t like to sleep even one night.

10 Creepy Abandoned Hotels, where you prefer to sleep under the stars. 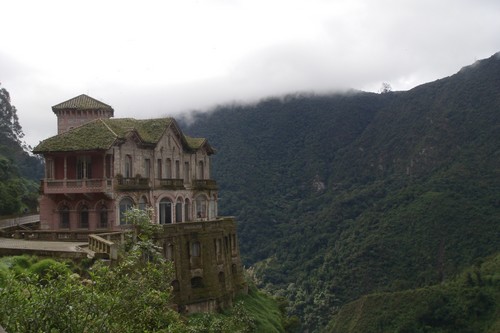 The hotel was built in 1923 and was originally a private mansion. In 1950 it became an 8-storeyed hotel, a symbol of great wealth in the valley thanks to its architecture and the French. It was abandoned in the 1990s because of the pollution of the river located a little lower, and also because of the many suicides near the falls of Tequenda and at the hotel itself. Some residents say it is haunted by the tormented spirits of suicides. Now restored, it became a museum on biodiversity. 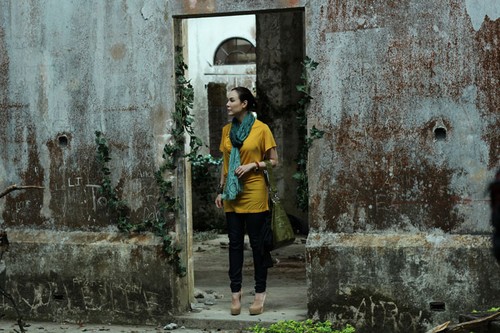 Located in Baguio City in the Philippines, this hotel is known to be one of the most haunted places in the country. It was opened in 1915 by the Dominican order as a holiday home under the name of “Dominican Hill” (Dominican Hill). During World War II this place was occupied by Japanese refugees, and heavily bombed. It was partly rebuilt in 1947. In 1973 Diplomat Hotels Incorporation bought the building and made it 33-room hotel. After the death of the owner, Tony Agpaoa (a kind of local guru-preacher) the hotel completely ceased its activity. 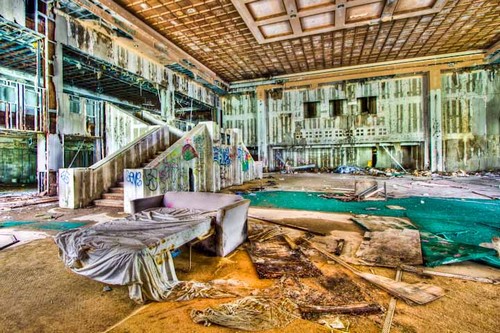 Located in the Catskill Mountains in upstate New York, this large hotel complex (holiday camp center) was very famous in the 60s. Nearly 150 000 people as well as stars and politicians of the time come to spend their holidays every year. The huge complex representing over 35 buildings extended to approximately 5 square kilometers. In 1986 the hotel closed like many others in the area, having changed owners, in fact the latter being unable to fund the boost of the site activity. 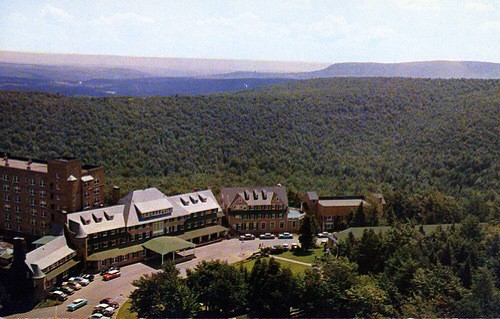 Built in 1892 on a site of about 12 000 hectares in order to accommodate Jewish-German travelers, it was bought by the ILGWU (International Ladies ‘Garment Workers’ Union) a predominantly female labor union who renovated the building and made a place for exchange, solidarity and visibility for the labor movement. It was abandoned in 1990 for lack of means, but remained in the memory of American blue collar. See Also; 10 Haunted Places in The US State of Alabama. 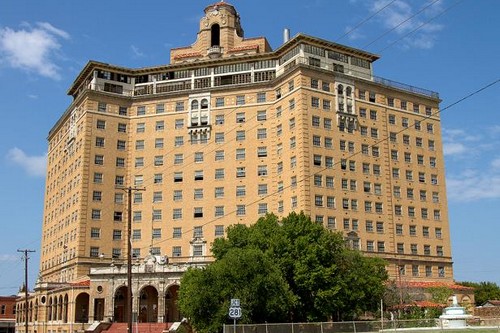 Built in 1926 in a small Texas town, the Hotel Baker was one of the most ambitious hotel projects in this booming seaside region. It was the first hotel in Texas to be equipped with an Olympic pool and could accommodate up to 2,500 people. Despite the stock market crash of 1929 and enormous difficulties in the 30s, it held the shock until the end of World War II before the owner did not put the key under the door in 1963. After a brief reopening in 1965 and a succession of owners, the hotel again closed its doors in 1972 and this time permanently. A group of citizens proposed to renovate the still standing but a mess city to get its former glory. See Also; 10 Most Haunted Places in New England. 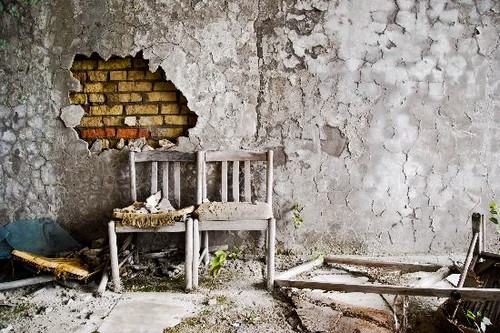 The Polissya hotel is one of the highest buildings in the ghost town of Pripyat in Ukraine, built in the 70s to meet the influx of visitors to the Chernobyl nuclear power plant. Abandoned since April 26, 1986 following the accident at the plant, it now threatens to collapse, like the rest of the ghost town. It also serves as the backdrop for one of the missions of Call of Duty: Modern Warfare. 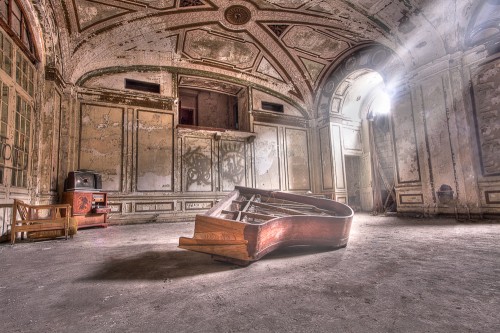 Lee Plaza is a 15-storeyed building built in 1929. It was built for tourists to stay as long as possible, the owner had thought of everything: hairdresser, library, shops … All of them were decorated with the finest paintings, marbles. Over the years, it changed owners several times and began to grow old with permanent tenants in the 70/80 s. It closed its doors in 1997 after the murder of a resident. It was to be demolished, but was classified a historic monument thanks to its architecture and its history. It is not so easy to destroy a view of Detroit City, which, as we know today, has more than 80,000 empty buildings. 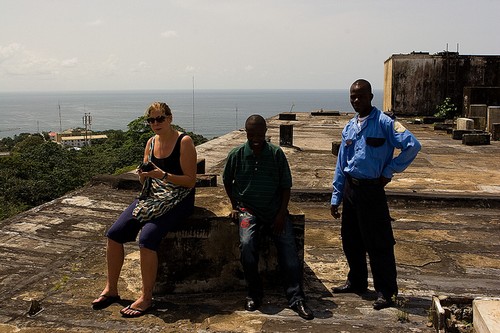 Ducor Palace was the resort’s most luxurious 5-star hotel in Liberia. Opened in 1962, it was visited by the greatest stars and passing politicians in the country. The prestigious hotel was closed in the 80s when the political situation has become too unstable. Much of the hotel was damaged during the civil war that followed and the very poor families take the opportunity to settle. Now it is forbidden to visit, but you can try to spin 5 balls with a keeper for return. 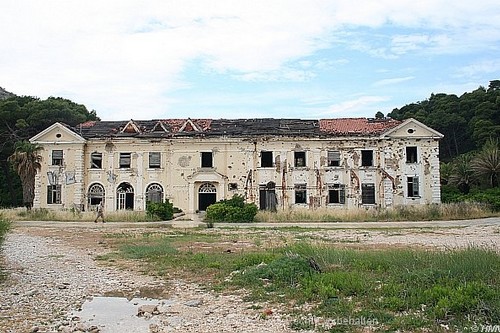 Located in the Dubrovnik Riviera, the village of Kupari was a great vacation area for senior officers of the Yugoslav army. The Grand Hotel had a private beach access and it was built in the 20s but it was not famous until 60-70 s when the explosion of tourism in the region gave it its fame and many other hotels were put up around. In 1990 the Civil War of Independence raged, and the hotel ransacked like the others. Since it was abandoned, it has never been reopened. The bullet holes are still visible on its walls. 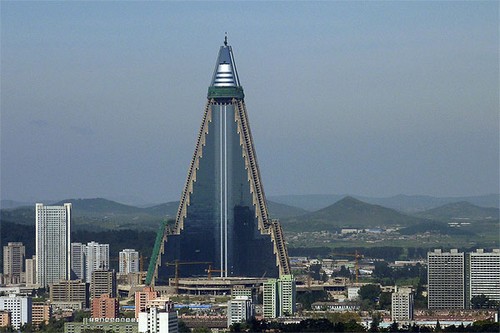 The Ryugyong Hotel is a pyramidal skyscraper of 105 floors, located in the center of the North Korean capital. Its construction began in 1987 and its commissioning was scheduled for 1989. Unfortunately, the North Korean goal was not enough, and its construction was stopped in 1992 after the abandonment and the disintegration of the Soviet Union at the time that provided much of the raw materials and logistics. It remained without a window and completely void of any interior for 16 years. But suddenly its construction was resumed in 2008, thanks to the investment of an Egyptian group. According to the statements of the North Korean government, the work would be finished since 2012, but everyone agrees that it is false (filling 360,000 m2 building in 4 years? are they taking us for idiots). Why is he in this top list? Because 3000 empty rooms and 105 floors mystery about 300 meters high, it’s enough frightening for talking about 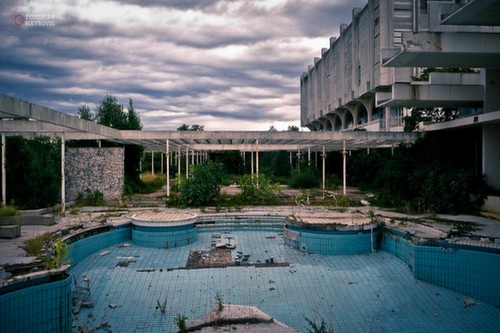 Haludovo Palace Hotel is located on the island of Krk (your wishes) in the northern Adriatic Sea. Among its investors there was Bob Guccione, the founder of the famous adult magazine Penthouse. Opened in 1972 with an estimated cost of $ 45 million, the vast complex was declared bankrupt a year later only. Now all remains, as the ruins of this enormous project attract today’s urban explorers and lovers of abandoned places.