The world woke up to a rude shock on Monday, 12th of August, 2014, when the news of Robin Williams’ unpredicted death, by hanging himself the previous day, spread like wildfire, all over the news and social media. The Academy Award-winning actor was more than just a big shot name of Hollywood. His name and his characters could always bring a sense of juvenile excitement in anyone who has grown up watching his movies. Although he has contributed to an immense number of movies of all genres, his work in the children’s fiction has made earned him a very special place in all our hearts. Let’s look at some of his best gifts that made our childhood special, and re-watch them to comfort ourselves. 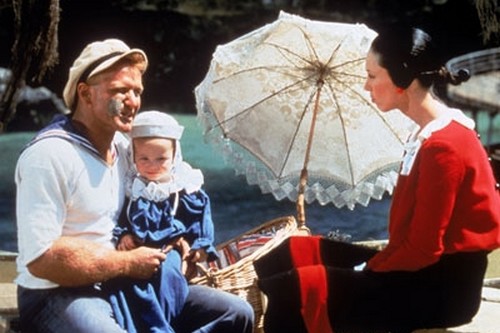 Popeye was the first major role in Williams’ career, and it won the hearts of children, all over the world. In this film inspired from E. G. Segar’s famous comic-strip, Robin plays the beloved sailor who goes in search of his father, and falls in love with the lean and lanky, Olive Oyl. Popeye even fights with Olive’s gigantic fiance, Bluto. Who doesn’t have fond memories of the tough and salty-mouthed sailor with big arms and soft, romantic heart, who could do super-humanly strong things by eating spinach? Robin taught us a very valuable lesson: veggies give us strength. Even our parents have to thank him for making us eat our greens. 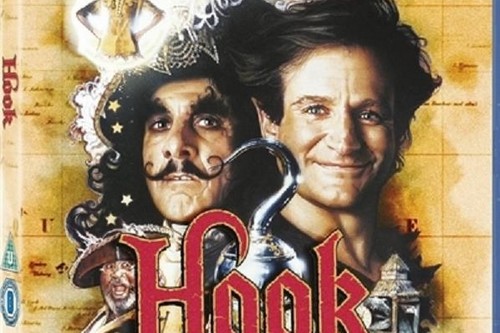 We all know the original story of Peter Pan, the boy from Never Land, who refused to grow up. ‘Hook’ is a twist to the tale, as it narrates the story of a grown up Peter Pan with a job and family, and a permanent scowl. Peter has to remember his Never Land days to rescue his children from the grip of Captain Hook. The shiny-eyed Robin Williams plays the role of the grown up Peter Pan and breathes into the character life, freshness and enthusiasm of a child, making the adult Peter a very endearing character for the children. It is also a go-round before bidding farewell to childhood. Williams’ performance establishes that it’s never too late to revisit the lost childhood days. 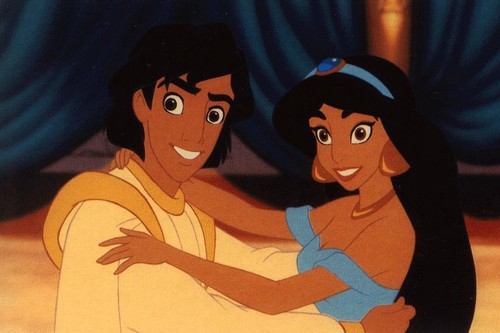 The endearing, fun, silly, and yet, protective Genie, voiced by Robin Williams, is someone whom we have all wanted in our lives as a child. What would happen if you could chance upon a lamp which, when rubbed, would give rise to this very dramatic Genie, granting you wishes and making you laugh? Admit it, the thought has crossed your mind, at least once. Robin’s revolutionary performance helped see voice-acting in a whole new light. He performed in both the 1992 film and its 1996 sequel as Genie, who also looked like a big blue version of the ever-smiling Robin, who hugely improvised the script, adding inside jokes, subtle adult gags, etc. 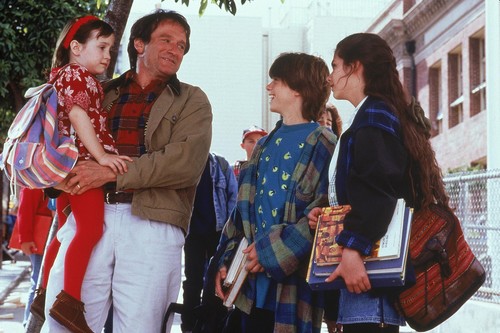 One of the sure choices for a classic by Robin Williams, this story is about a fun and caring by happy-go-lucky man who loses his kids’ custody in divorce, and is allowed to see them only once. In order to be in touch with his children and wife, his character, Daniel Hillard, a crazy actor specializing in dubbing, disguises as a Scottish nanny with a strict attitude but a kind heart. His antics as the old lady, the unrecognizable make-up, the voice: every bit of the film plays to Williams’ versatility and strengths. The desperate father’s desire to be with his children wrings the heart in the middle of all the humour and surprises. 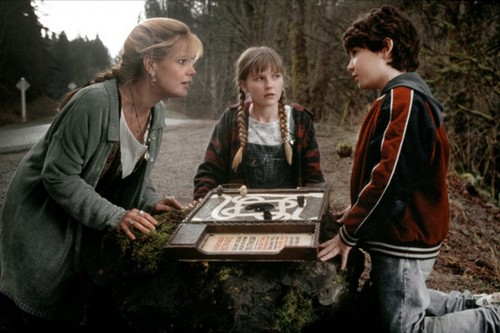 The screen adaptation of the 1981-released book of the same title might have been able to generate more terror than exhilaration among children, and it became more of a cult hit. But, Robin Williams’ performance as the 12-year old ‘grown-up’ Alan, trapped in the magical board game for 26 years, is unforgettable. No one could have done it better than Williams, playing a man-child, and being in sync with children. While the graphics and thrill of the movie have received different kinds of reactions from people, Robin steals the show, and the hearts of children, as the straight man with amazing timing in the film. 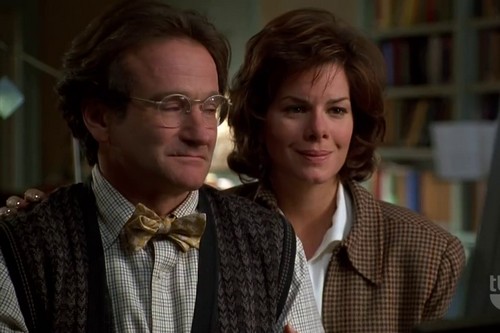 A remake of the 1961 film, The Absent-Minded Professor, Flubber is about a whimsical blob of rubbery chemical substance flying about, and its creator, Prof. Brainard, played by Robin Williams, who is so forgetful that he successfully misses he own wedding, twice. Made as a new source of energy, the Flubber, with a mind of its own, turns out to be the source of slapstick comedy in the film. Although the movie has not been greatly reviewed, Robin emerges and the winner of our attention, as he always does. The film is perfect for children. Like most of his films, this one, too, has something to offer to the adults: a film to watch and relax after a hard day. 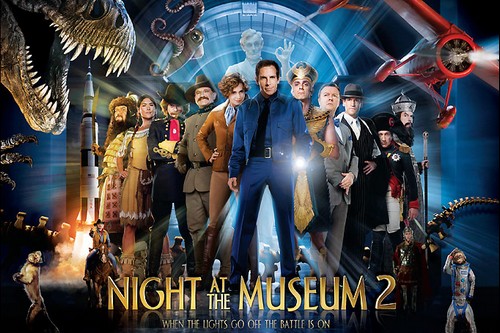 This is another of those Hollywood films that, in order to appeal to a larger mass, end up receiving mixed reviews, and another one of those averagely reviewed films of Robin Williams where he manages to steal the show. Robin brings to life the wax model of the former President Theodore Roosevelt, and his rendition of the wise disciplinarian is a softie who fancies Sacagawea, the Lemhi Shoshone guide in the Lewis and Clark expedition, when her wax model comes to life. He, indeed, brings alive this historical figure in the first two instalments. The third instalment of the series is set to release in the winter of 2014, but, he will not be around anymore to promote it. 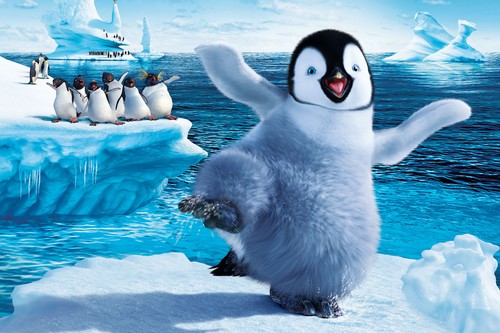 As if the world of cute penguins, all singing and dancing, was not enough, Robin Williams had to add his charm to the film. Robin as hyperactive and flamboyant penguins is all that is required in a movie. Mix the two together, and you have this wonderfully enchanting movie. Robin Williams as the voice behind the dramatic Lovelace and the romantic fool, Ramon, adds absolute distinctiveness and individuality in the two characters. The gags and antics of Robin with his voice, prove, once again, his talent as a voice actor, in both the films of the franchise. He is hilarious as both Ramon and Lovelace, and evokes laughter, irritation, and much more, from the audience, irrespective of age. 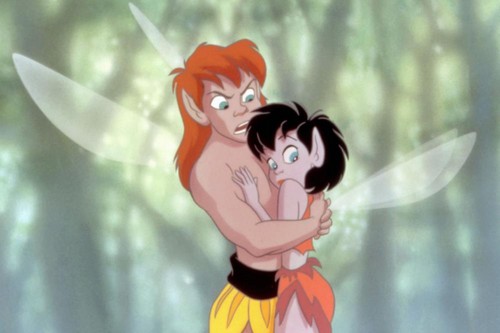 There are films that are less popular, and yet, have seen excellent performances by Robin Williams, such as the animated movies Ferngully: the Last Rainforest (1992), where he sings of the miseries of animals, or Robot (2005) where he is the decrepit Fender. In Toys (1992), he steals every scene as the toy-making boy-man who refuses to grow up, while, in The Adventures of Baron Munchausen (1989), his rendition of the angry King of the Moon with two separate minds in his head and his body is a memorable one. He always understood that the young kids make a tough audience, and did his best to please them, while providing enough fodder for the parents, too. 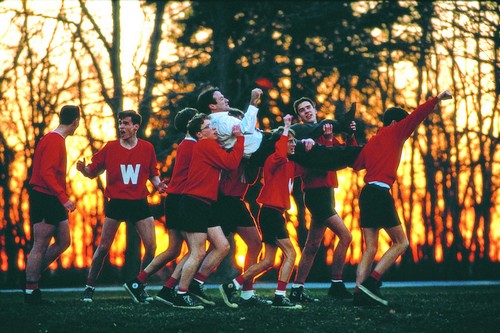 Some of his best films are for the young adults, the slightly more mature minds, and for the grown-ups with doors open for new moments. Films like Good Morning, Vietnam (1987), Dead Poets Society (1989), The Fisher King (1991) or Good Will Hunting (1997) have provided, humour, sensitivity, and much more together, and have often had an undertone of melancholy. He has broken conventions as the illegitimate son of a feminist mother in The World According to Garp (1982) and the owner of a gay bar with a drag queen domestic partner in Birdcage (1996), exciting many adverse reactions from people who are now hindering his funeral.

He has worked in several other films where he gave little chance to complain about, and provided us words of wisdom, moments of joy and feelings that became experiences. The man with a child-like shine in his starry eyes and an evergreen, contagious smile had fallen prey to addiction, alcoholism and depression, and was battling early stages of Parkinson’s disease. It is more of a shock to learn that this ever enchanting source or laughter and smile committed suicide to escape his depression. Suicide cannot be the answer to the fears, depressions, or darkness, but, in the face of all these, one does not realize it. Williams’ death should be taken as a lesson to know that depression is something that does not discriminate. Those battling with depression and suicidal thoughts need the support, love and company of friends and family, and not their sympathy, judgment or advice. Let us take his death as Williams’ last lesson to us, and let the genie be free of all conjectures or vile opinions.