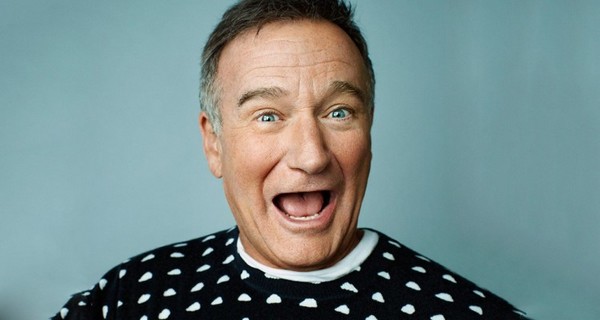 A comic is a person who pursues to beguile an audience, principally by making them laugh But in the world of entertainment, the laughter and tears go hand in hand. Comedians are suffering from morose sound humor, but in a matter, it’s fully prevalent. No one never lacks a good reason for suicide and it is not a remedy for mental illness. Now we gonna look at some hilarious people, famous comedians who committed suicide.

Simon Tracey Brint was a British musician and comedian who best known for his role in “Raw sex” a comedy duo. He also composed music for small screen show including “The Henry Show”, “Monarch of Glen”, “The Mary Whitehouse Experience”, “London’s Burning”, “Coupling and Stella street”. This Raw sex star who taken his own breath aged 60.

On a black Sunday 29 may 2011, Brint committed suicide. The reason for his self-slaughter is still a mystery. The news was made public the following month by his friend Lenny Henry. Henry tweet on his account “My good friend Simon Brint passed away. Rest in peace Simon – we love you very much”. 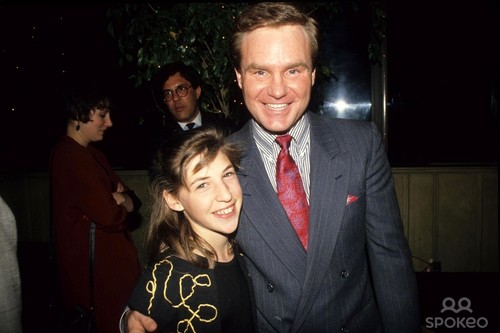 An American comedian Raymond Neil Combs started his career as a stand-up comedian in 1980s. He hosts various famous shows including “Family Challenge” and “Family Feud”. The combs were injured on his spinal discs by the car accident in July 1994 which pushed him to Hell of permanent pain.

He also went through financial problems after two of his comedy clubs failed and his home in Hamilton, Ohio, went into foreclosure. In September 1995, Combs and Debbie, his wife of 18 years (with whom he had six children), separated. The couple reconciled but later refiled for divorce. This all makes him depressed and suicidal.

On June 1, 1996, Combs had destroyed the inside of his home and had also been thumping his head against the walls. Shortly after police arrived, Combs’s alienated wife Debbie arrived and informed them that Combs was suicidal and had spent the previous week in the hospital for a suicide endeavor. He was involuntarily admitted to the psychiatric ward of Glendale Adventist Medical Center by the police and placed on a 72-hour mental observation hold. Early the next morning, he shaped a noose from his hospital sheets and hanged himself in a closet. 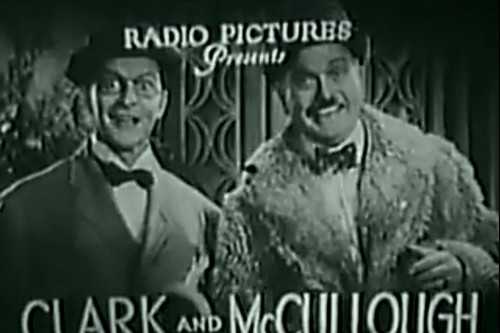 Paul Johnston McCullough was the straight man in the comedy team of Clark and McCullough. He and Bobby Clark met in Elementary School at Springfield, Ohio, and later in their life, they pursue a comedic career that they performed in vaudeville and circuses. Clark and McCullough soon took that well-traveled road west themselves, appearing in 28 short films.

Traveling around the country as clowns sound romantic, but it sucks a great deal of energy on their body and mind. After several months he was released from a sanitarium in Medford, Massachusetts, suffering from mental illness. In March 1936, Paul and bobby drove through the town of Medford, Paul asked his friend to stop at a barber shop for a shave. McCullough ordered a shave from the barber and they struck up in a friendly conversation until the barber back was turned. McCullough grabbed a straight razor from the barber’s hand and cut his own wrists and throat. He was rushed to Lawrence Memorial Hospital where he died on March 25.

Bobby Clark said,” I think it was just something Paul couldn’t help. Something that had been with him all the time and he didn’t even know it”. 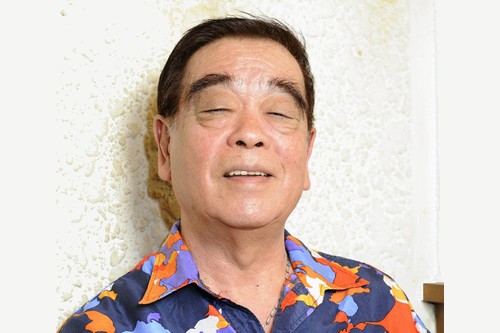 Stand-up comedian Shinji Maki died after taking a 50-meter leap into the Tama River at the age of 78. Maki was found dead in the early hours of 29 April 2013, in the river of Tama, after possibly having jumped from the Maruko Bridge along the Nakahara highway in Ota, Denenchofu district at about 12.15 a.m of the previous day. He was unconscious when police found him. Maki was confirmed dead at a Tokyo hospital after police fished him out. No suicide note has been found.

Maki real name was Moritsune Ōi. His appearance in the live vaudevillian show Shiroto Yose featuring amateur entertainers established his career as a comedian. Maki was elected the leader of the Tokyo Vaudevillian Guild in 1999. See also: 10 Notable Suicides By Women and Men. 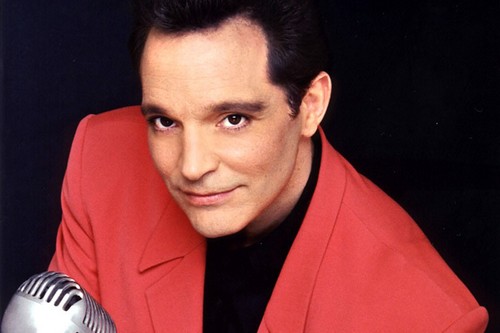 Richard John Colangelo, better known by the stage name of Richard Jeni, was an American comedian. Jeni received recognition through a frequent appearance on “The Tonight Show” with Johnny Carson.

On March 10, 2007, Jeni was found by his girlfriend Amy Murphy, a weather reporter, with a 38 caliber Colt in the bedroom area of his California home. Jeni and Murphy had been conversing in bed, conferring their plans for the day, when Murphy left to a kitchen for cooking breakfast downstairs. After a few minutes, she heard the sound of a gunshot, ran upstairs, discovered Jeni’s situation and called 9-1-1.

Police and ambulance arrived and transported Jeni to Cedars-Sinai Medical Center in Los Angeles, where he died. His family later stated with certainty that the death was a suicide. “According to the coroner’s report released in June 2007, Jeni had a history of schizophrenia and had been taking antidepressants and a sleeping aid. The report further indicated that his girlfriend heard him talking to himself about a week earlier, saying “just squeeze the trigger.” 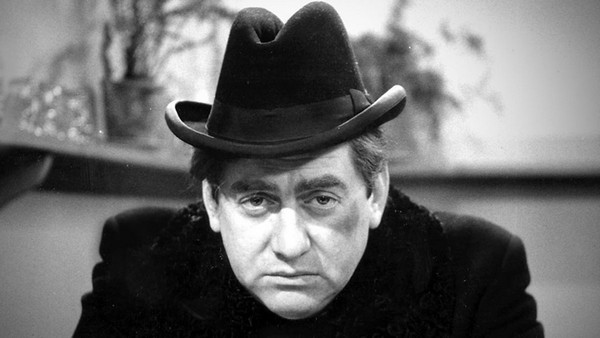 Hancock committed suicide, at the age of 44, Tony Hancock killed himself in a squalid apartment in Sydney by overdose ,on 25 June 1968 .He was found dead in his apartment with an empty vodka bottle and a scattering of Amobarbital tablets. As in life, so in death, best friends sat at his bedside: vodka by his right hand, amphetamines by his left. At that night, he opened the vodka bottle and pour it himself. Then he opened the bottle of pills and lined them up on the table and swallowed one every time he refilled the glass.

“Nobody will ever know I existed. Nothing to leave behind me. Nothing to pass on. Nobody to mourn me. That’s the bitterest blow of all.”, “Things just seemed to go too wrong too many times”. – suicide notes

On August 11, 2014, Williams committed suicide at his home in Paradise Cay, California at the age of 63. Robin Williams said he started using drugs and alcohol early in his career due to the stress of doing stand-up. Williams had an addiction to cocaine. During the period he was using cocaine, he said that it made him paranoid when performing on stage.

Williams declared “No. Cocaine, paranoid and impotent, what fun. There was no bit of me thinking, ooh, let’s go back to that. Useless conversations until midnight, waking up at dawn feeling like a vampire on a day pass.”

In the report says Williams hanged himself with a belt and died from asphyxiation; neither alcohol nor illegal drugs were involved, while all prescription drugs present in his body were at “therapeutic” levels. An examination of his brain tissue revealed the presence of “diffuse Lewy body dementia”, his wife Susan stated that “however you look at it- the presence of Lewy bodies took his life”. 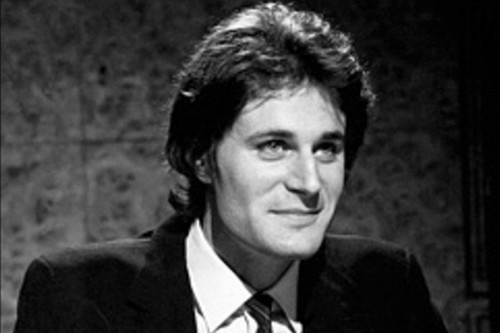 Charles Adams Claverie was known by such stage names as Charlie Hamburger, Charlie Kennedy, and most famously, Charles Rocket.He went on to appear in numerous TV shows and movies, including “Moonlighting” , “Max Headroom”, “Dumb and Dumber” and “Dances With Wolves”.

On October 7, 2005, Charles was found dead in a field near his Connecticut home, Canterbury. His throat has been slit, and a knife was found next to the body. The state medical examiner determined the cause of death to be self-inflicted. According to State Police Sgt. J. Paul Vance, “An investigation determined there was no criminal aspect to this case”. 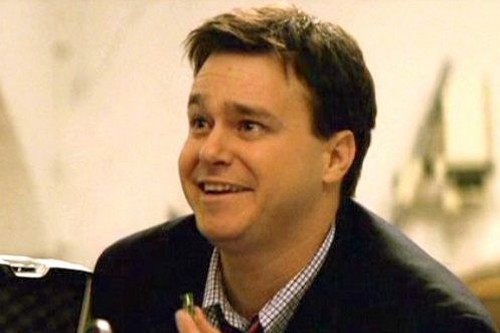 In the early morning of June 9, Roof was missing. His wife Megan Roof contacted police and reported him missing. Several hours later, his body was found hung from a tree in a wooded area near a Snellville, Georgia, elementary school parking lot. Roof reportedly suffered from bipolar disorder and had been despondent about family finances.

Craig Glazer said, “He just ran out of money and was trying to be a regular person”. 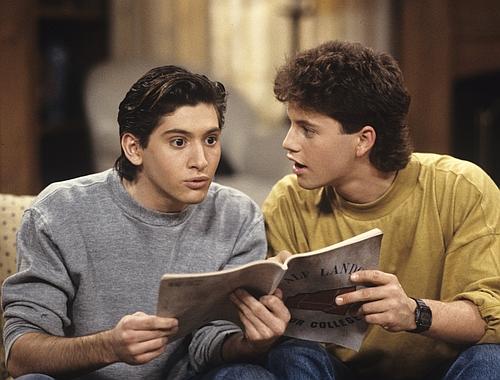 In later February 2010, the 41 years old comedian Andrew Koenig was reported missing by friends and family. He was last seen on February 14 near a bakery in Vancouver, British Columbia, Canada. He missed a scheduled flight back to the United States on February 16, which was the last day he used his cell phone. On February 25, 2010, a group of 11 of his friends and families found his body hung from a tree in an isolated section of more than 1000- acre Stanley Park in downtown Vancouver. Koenig was reportedly suffering from clinical depression. Walter Koenig the father of the actor, confirmed the report, saying that his son “took his own life”.

Koenig played recurring roles in the first four seasons of the ABC Growing Pains. During the same period, he played a bit roles in “My Sister Sam” and “My Two Dads” as well as the drama “21 Jump Street”. In the 1990s, he provided a voice for the animated series G.I. Joe as Ambush and Night Creeper Leader, and had a minor role in the 1993 Star Trek: Deep Space Nine episode “Sanctuary” as Tumak .Koenig played the role of The Joker in the critically successful 2003 fan film Batman: Dead End.

Author Note: Mani MC, a guy who loves writing. He is staying in India with his family.