Purpose behind human suicides are various, ranging from personal to communal. Whatever it may be, one requires nerves of steel to pull off a suicide, especially if she/he is planning on burning herself or himself up. Here is a list of 10 notable & daring suicides by women and men: 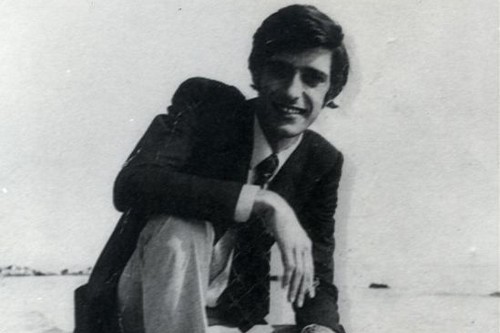 Georgakis was a Greek student studying geology from the University of Genoa. The clock began ticking against his life when Georgakis joined the Center Union party in 1968. The following year he anonymously revealed how the military junta’s intelligence service had infiltrated the Greek student movements in Italy. Georgakis’ identity was hunted for and soon found out. At the time Georgakis realised that he, not only had jeopardized his life but also his family’s. The fear of his family being slaughtered creeped on him and he decide to do something that’ll make people outside aware of the condition of Greece fast. With a final letter written to his father, Georgakis walked into Matteotti square of Genoa on 19 September, 1970 and set himself ablaze. His act was marked as a protest against the dictatorial regime of Georgios Papadopoulos. In his letter, he wrote, “My dear father, forgive me for this act. Your son is not a hero. He is a human, like all the others, may be a little fearful. After three years of violence I cannot suffer any longer……Long live democracy. Down with the tyrants. Yours Kostas.” 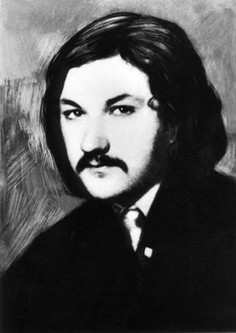 Romas Kalanta became a Lithuanian hero, when during a demonstration in the city of Kaunas against the oppressive Soviet government he set fire on himself. On the fatal day of May 14, 1972, many people who gathered together to save the Lithuanian people, culture and language from the clutches of the Soviet government, witnessed the incident including people from the press. Before this incident, the tragedy of Lithuanian people was practically unknown to the world but following the incident several books were written on the subject as it drew massive attention. The Soviet government however tried their best and succeeded in the most part to cover up the story. Still people remembered Romas Kalanta. It is rumoured, that Kalanta’s act was not impulsive, not an instant reaction of rage but that there was a whole bunch of student who played a lottery and decided who’d pour the petrol and lit himself for the sake of their motherland. 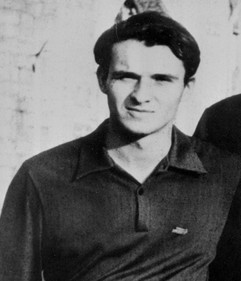 On 16 January, 1969 Jan Palach died after setting himself on fire in Wenceslas Square in Prague (Czechoslovakia) to oppose the Soviet-led invasion of Czechoslovakia (under the Warsaw Pact) in 1968. Before the invasion Czechoslovakia was experiencing a period of political liberation under the leadership of Alexander Dubcek. But the invasion marked the end of the liberal times known as the ‘Prague Spring’. Palach could not bear the demoralisation that was sweeping into the hearts of his countrymen. He decided not to allow his fellow men to go back to their former compromising attitudes where their lives would turn out like that of gutter rats. Thousands of people showed up in his funeral that went down in history as a major protest against the occupation. 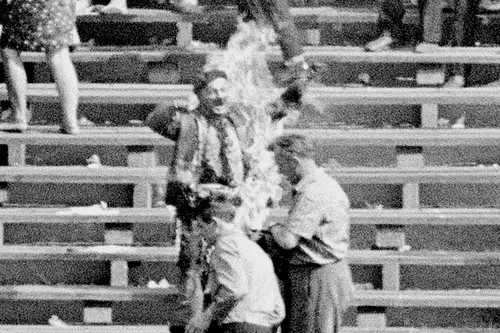 Before Jan Palach, it was Ryszard Siwiec. He was the first Polish to have committed suicide in protest against the Soviet-led invasion of Czechoslovakia. September 8, 1968, on the day of national harvest festival, in front of 100,000 spectators Siwiec torched himself to death. A former Home Army soldier and father of five died four days later in the hospital. Siwiec deliberately choose the festival, which was intended as a vast propaganda spectacle for he knew it would be attended by national leaders and foreign diplomats. He had left recorded statements and letters about his views, reasoning his actions. The polish government, of course suppressed spreading of the news and any related news, took care of the photos taken during the self-immolation and even spread rumours that Siwiec was ‘suffering from mental illness. 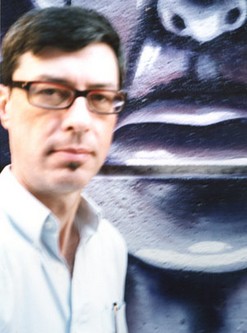 Malachi Ritscher was an activist who was very vocal and against the atrocities of war and vehemently demonstrated protests against war. He had had an ear for music and worked as a recording engineer. It was in the morning of November the 3rd, 2006 that Ritscher took to protesting against the Iraq war to a whole new level. He knew in order to draw enough attention he’ll have to do something that’ll make people’s hair rise. So he burnt himself up. Before self-immolating himself near the Kennedy Expressway in Chicago, he had written a brave letter provoking thought about the kind of world we have come to live in. He said “if I am required to pay for your barbaric war, I choose not to live in your world.” Ritscher’s selfless act is actually quiet significant in the human as well as American history because he is one among the only nine people, to have reportedly committed suicide as an act of protest in America. 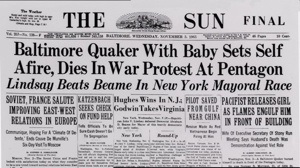 Norman Morrison another anti-war activities who died protesting against the United States’ involvement in the Vietnam War. At the age of 31, this American guy doused himself in Kerosene and lit himself ablaze right in front of the Secretary of Defence Robert McNamara’s Pentagon office. They say, that on that fatal day of November 2nd, 1965, Morrison was out with his one-year old daughter, Emily, whom he handed off to someone before committing the suicide. As to why Morrison suffered his daughter to see her father screaming in pain is unknown. But his wife later conjectured that Emily was probably a motivation, to be sure he doesn’t back out at the end because “…she was a powerful symbol of the children we were killing with our bombs…”

Dwyer was an American politician who was accused of bribery and on the day before his sentence (January 22, 1987), he called a press conference to provide an update on his situation. It was expected that he would announce resignation from his office. But at the conference, an agitated Dwyer pleaded not guilty and further added: “I face a maximum sentence of 55 years in prison and a $300,000 fine for being innocent. Judge Muir has already told the press that he, quote, ‘felt invigorated’ when we were found guilty, and that he plans to imprison me as a deterrent to other public officials. But it wouldn’t be a deterrent because every public official who knows me knows that I am innocent; it wouldn’t be a legitimate punishment because I’ve done nothing wrong.” He further proceeded “ The guilty verdict has strengthened that resolve. But as we’ve discussed our plans to expose the warts of our legal system, people have said, ‘Why bother, no one cares.’ ‘You’ll look foolish.’ ’60 Minutes, 20/20, the ACLU, Jack Anderson, and others have been publicizing cases like yours for years and it doesn’t bother anyone.’” Following this Dwyer proceeded to hand over three envelopes – one for his wife, one was an organ donor card etc and the last one was instructed for the newly-inaugurated governor, Robert P. Casey. Following this, He pulled out a gun and among shrieks and yells of “Budd, Budd, Budd!” he pulled the trigger. Dwyer’s body fell with a thud against the wall with blood sprouting out his nose. All these occurred while the television news camera was rolling. 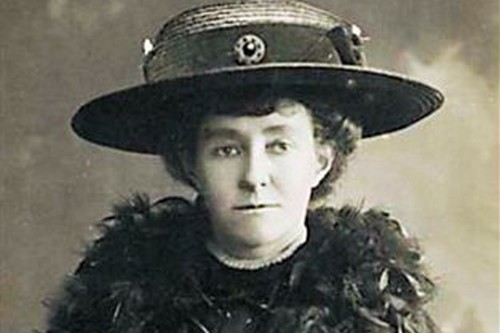 Living in the UK, Emily Wilding Davison worked for the ‘women cause’. She was well educated (obtained first-class while in Oxford) and actively participated in any attempts to eradicated women’s suffrage. In 1906, Davison joined the Women’s Social and Political Union (WSPU). She was very committed to her tasks and was even arrested and imprisoned on a number of occasions. On one such occasion she was arrested following an attack on a man whom she mistook as David Lloyd George, the Chancellor of the Exchequer. Once she went on hunger strike but was forced fed in prison to which Davison protested by throwing herself down the stairs. She ended up thirty feets below with severe spinal damage. On June, 1913, Davison, while attending horse racing at Epsom Derby, stepped into the track just when the horse (it was King George V’s horse) rounded a corner with a WSPU banner in her hand. They collided heavily. The jockey survived, so did the horse but with a damaged shin. Davison died four days later in the hospital. She had two funerals – at London and at her home town – which were attended by large crowds. She was buried in the St. Mary the Virgin church yard in Northumberland with the WSPU slogan etched on her grave, ‘Deeds not words’.

Interesting fact: Emily Davison’s suicide was not pre-meditated for she had bought a return ticket. And many eye witnesses doubt that the suicide was accident. They reason that Davison only wanted to cross the tracks to go to the other side thinking that all the horses has passed.

Chubbuck was a T.V. news reporter. She was a devoted worker and was even the nominee for ‘Forestry and Conservation Award’ from Florida Division of Forestry. On the morning of July 15, 1974, while broadcasting in a community affair talk show called Suncoast Digest Chubbuck committed suicide. On the fatal day, she said she’d do a reading of newscast that took her co-workers aback for she had never done that before. So the programme guest waited while Chubbuck sat down at the news desk very seriously. She covered three national news stories and then a local restaurant shooting from the day before. The film reel of the restaurant shooting jammed so Christine shrugged it off and said on-camera: “In keeping with Channel 40′s policy of bringing you the latest in blood and guts, and in living colour, you are going to see another first: an attempted suicide.” She pulled out the gun from her bag and shot herself. Following this Chubbuck jerked forward and fell violently. It was later discovered that Christine Chubbuck was suffering from depression and loneliness. She was nearing thirty, was a virgin and had dated only two men in her lifetime. She had a crush on one of her co-worker who was already in a relationship, she slipped further into depression.

Interesting fact: Almost a week before the suicide she had told (humorously) the night news editor of the channel that she had bought a gun and would like to kill herself on-air. 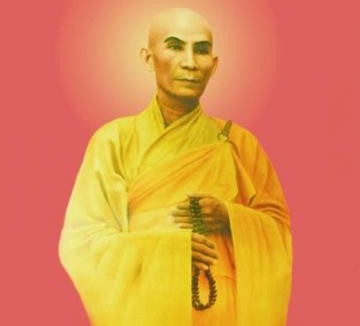 Thich Quang Duc, a Buddhist monk in Vietnam who died by lighting himself with fire in protest against the persecution of Buddhists by the South Vietnamese government. On June 11th, 1963, Thich Quang Duc sat on the street while his body burned into char without even a single cry of agony escaping his mouth. His burning body in middle of an intersection in Saigon was immortalized by a photographer, Malcolm Browne, who went to Vietnam to cover the war. Browne later was awarded Pulitzer Prize for his photograph of the monk’s death. John F. Kennedy, in reference to this picture had once said, “no news picture in history has generated so much emotion around the world as that one.”