Attempts are being made by scientists all over the world to perfect the method of cloning. They are also trying to conserve DNA of certain animals so that they can be resurrected. Ironically, human beings pushed these animals to extinction because of human impact but now they want the animals to come back! Is this Jurassic Park coming to life? Was the whole film actually a sneak peek into the future maybe a hundred years from when it was produced? Can we expect scientists to bring back the saber toothed tiger? Can the world live the Ice Age again- all four parts that is? Below is a list of ten animals that the scientists are attempting to bring back to life from their conserved DNA in fossilized remains.

The Baiji River Dolphin was found in the Yangtze River of China until 2002. They are the first species of Dolphins that have been driven to extinction by the activities of human beings. These dolphins are also the first amongst largest mammals to become extinct recently. There are different conflicting claims about this cetacean specie. One research suggests that a couple of specimens might still be alive. In fact they have reported sightings of this dolphin. And, that scientists should not hurry in creating a clone of the original. The sightings however have been unconfirmed and they have been reported by The Guardian as being so. Another research states that because of being relatively new and recent extinction, the fresh DNA might be easier to replicate. So the white dolphin is a potential specie for cloning. 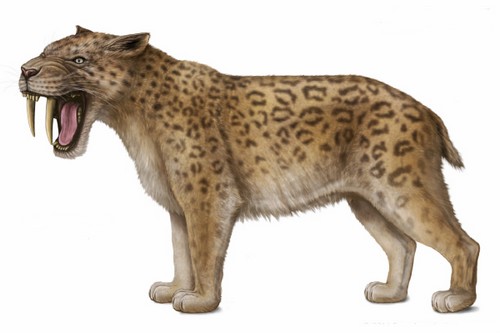 Diego from the Ice Age movies (in case you are wondering) and yes it scares everyone just like it did in the films. Why the scientists want to bring this specie back is the real question though. The Saber Toothed Tiger dwelled on the earth during the Ice Age period. And seems to have gone extinct during the Quaternary Extinction period which is related to transition of climatic change. There are fossils of the mammal in museums such as The La Brea Tar Pits of Los Angeles which can be used to bring back the mammals of the Pleistocene Era. 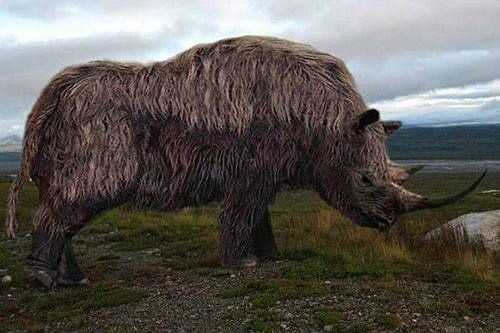 The Woolly Rhino comes from the same period as the Saber Toothed Tiger. In 2015, a businessman found the carcass of the Woolly Rhino buried in the snow. 12,000 years was the scientists’ estimate and still it was perfectly preserved. The closest living relative of the Woolly Rhino is the Sumatran Rhino which also, unfortunately, is an endangered specie. So there is the hindrance of carrying the humongous animal in the belly for the whole gestation period and finding the mother is just what the scientists need. 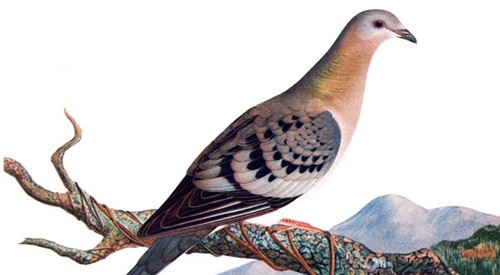 Pigeons were used to carry messages to faraway places because of their superb navigational sense. As technology advanced, humans found other means of transmitting messages and the role of the pigeon was restricted to “carrying love messages in cartoons and films” after which came the sad part. They were indiscriminately hunted by human beings. Their carcasses were sold, their meat was eaten. They were caged for their beauty and hunted as a sport. Martha was the last Passenger Pigeon and she died in the Ciccinati Zoo in 1914. Their survival meant betterment of the North American ecology but like many other catastrophes, the aftermath was realized only after the incident happened. “The Great Passenger Pigeon Comeback” could drive a whole cloning campaign because if there is a poster baby for the de-extinction experiments. It is the Passenger Pigeon. 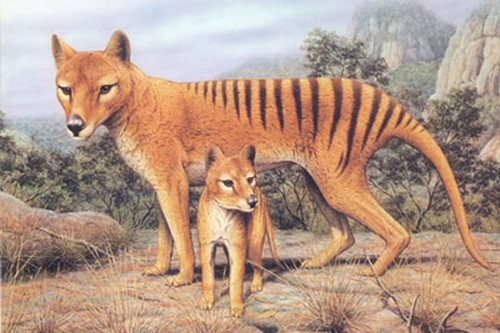 The Tasmanian Tiger is also known as Thylacine. It was driven to extinction by the humans and declared extinct in 1936. The European settlers that made their way into Australia during the 1800s saw the Tasmanian Tiger as a menace and took to bounty hunting to get rid of the pest. Eventually, the last Thylacine died in captivity like the Passenger Pigeon. Although the animal was no threat to human settlers, its physiology surprised the Europeans much like they were surprised to the extent of uproar by the Platypus. Its head was like the wolf, its hind was striped like the tiger’s and it had a pouch that faced backwards. The Thylacine was a marsupial and since 1866, scientists have a pup preserved in alcohol, DNA from which can be implanted as per planning into the Tasmanian Devil. 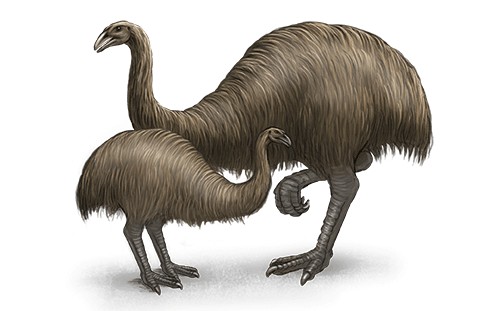 Today scientists are highly fascinated by the idea of reviving megafauna that was literally pushed to extinction by human beings. The early settlers in New Zealand hunted the Moa birds for food. Their skin and feathers were used in clothing while their bones were changed into jewelry. The large flightless birds were thus quickly wiped out in the 13th Century. Possibly the humans in those times were not as informed about ecosystems and ecology as the scientists of today. 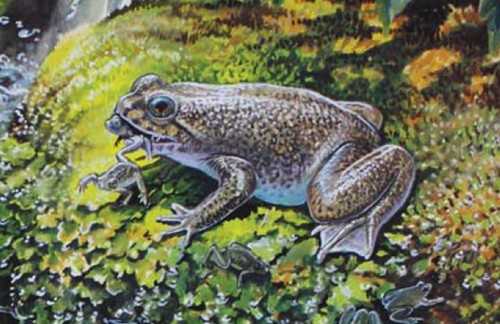 This animal is amazing and truly intriguing. I have never seen or heard of any animal reproducing in the way that the Gastric-Brooding Frog does. The make frog fertilizes the eggs which are then swallowed by the female frog. She keeps the eggs inside her belly for weeks and produces tiny frogs through her mouth. It is truly amazing like test tube babies being fertilized outside the body and then being implanted into the female’s body. The scientists working in this area of gynaecology might have picked up the hypothesis from the Gastric-Brooding Frog. It is said that loss of habitat and food, deadly bacteria, loss of forests and climatic change caused the species to go extinct. Professors from the University of New South Wales are determined to bring these frogs back to life. They have gone as far as successfully creating an embryo.

3. Dodo – the most famous extinct animal 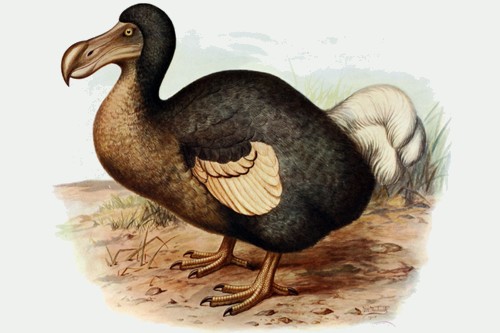 We have grown up listening to the idiom “as dead as dodo” because probably back then there were no hopes, no chances for its coming back. Today, we have placed it on number three on this list because of the proximity of its revival. The extinction of Dodo is also related to the arrival of Dutch settlers in the country. They resided on the island country of Mauritius in the Indian Ocean. But, by the 17th century, Dutch Settlers had wiped them out. This was around the same time when trade was steadily growing and names like the Spice Islands and Vasco da Gama emerged on the parchment of world historians.

The settlers were not directly involved in the demise of Dodos. The pigs and rats that came with the settlers brought both disease and a craving for Dodo eggs with them, which eventually sealed their fate. Until a completely preserved skeleton of the bird was found, the talk of de-extinction was just a talk. Today it could be much more. 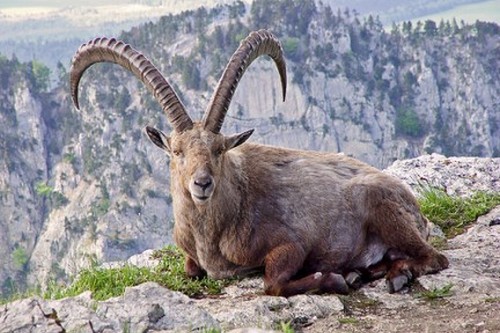 Hunting and gradual destruction of its habitat led to the official extinction of the IBEX or the Mountain goat in 2000. It lived in the Spanish mountains prior to the human’s meddling of nature causing its extinction. However, it is the first animal to have been successfully cloned in 2009. Scientists eventually succeeded in placing a fertilized embryo in a female goat which gave birth to a calf after the full gestation period. But the lungs were not properly developed and the defect led to the death of the clone a few minutes later. Having achieved a milestone, the scientists went back to the dashboard immediately but hitherto another clone has not been produced. 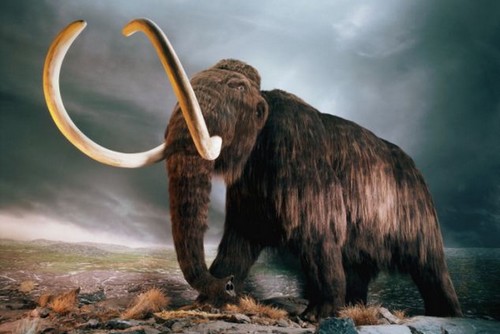 Wohoo… Who wouldn’t want to see the Ice Age live- all four parts that is! Manny was lost thousands of years ago. Studies have revealed that it was more due to climatic change than because of hunting. The mammoth’s final destination was the Arctic. It is there that scientists have come across the remains and skeletons of a mammoth many times. Scientists from North America to Siberia are researching on developing a genome that would eventually allow for de-extinction of the mammoth through replication. The mammoth is the most treasured and probably the coolest of all the colossal species that lived in the past. The Asian Elephants are the closest relatives of the mammoth and probably a keystone in their revival.

It is almost saddening to see that a few species on this list belong to our era and we might have seen them in this lifetime. This should ring an alarm regarding the conservation of fauna, flora and megafauna. What are we going to leave for our time.