Since birds are highly visible and common animals, humans have had a relationship with them since the dawn of man. History shows that birds played an important role in human life. They helped human in several way with the passage of time. On the basis of their specific actions they got a lot of fame and become a part of history. This article featured a list of 10 most famous historical birds. Among many others, Pigeons have a specific place.

Pigeons have long played an important role in war. Due to their homing ability, speed, and altitude, they were often used as military messengers. Before the advent of radio, pigeons were frequently used on the battlefield as a means for a mobile force to communicate with a stationary headquarters. In the 6th century BC, Cyrus, king of Persia, used carrier pigeons to communicate with various parts of his empire.

During the First and Second World Wars, pigeons were used to transport messages back to their home coop behind the lines. When they landed, wires in the coop would sound a bell or buzzer and a soldier of the Signal Corps would know a message had arrived. He would go to the coop, remove the message from the canister, and send it to its destination by telegraph, field phone, or personal messenger. Some of these pigeons became quite famous among the infantrymen they worked for. One pigeon, named “The Mocker”, flew 52 missions before he was wounded. Another, named “Cher Ami”, was injured in the last week of World War I. Though she lost her foot and one eye, her message got through, saving a large group of surrounded American infantrymen. Here is a list of top 10 most famous historical birds. 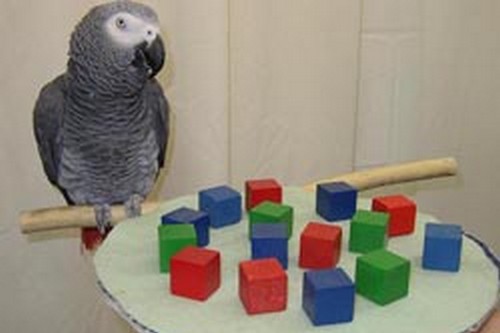 The African grey parrot Alex, who has demonstrated an ability to count; differentiate categories involving objects, colors, shapes, and materials; and understand the concept of same and different. 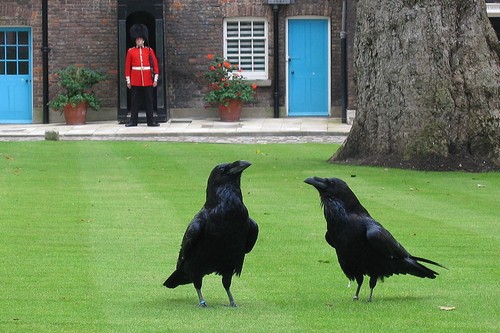 The ravens of the Tower of London, whose continuing presence there is said to maintain the general safety of the kingdom. At least six ravens are kept at the Tower at all times, in accordance with the belief that if they are absent, the kingdom will fall. 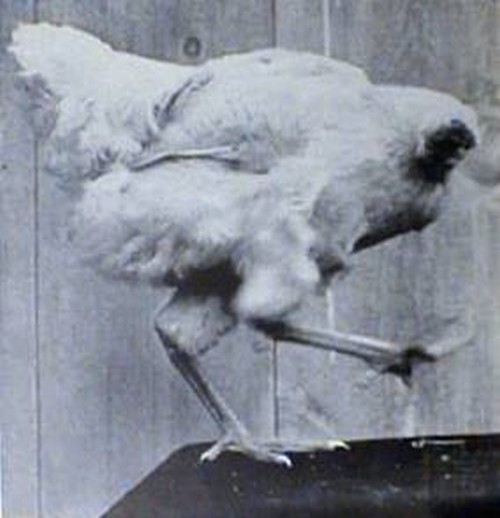 Mike the Headless Chicken also known as Miracle Mike, was a Wyandotte chicken that lived for 18 months after his head had been cut off. Thought by many to be a hoax, the bird’s owner took him to the University of Utah in Salt Lake City to establish the facts of the story. Miracle Mike was one of the Most Entertaining Animals in History. 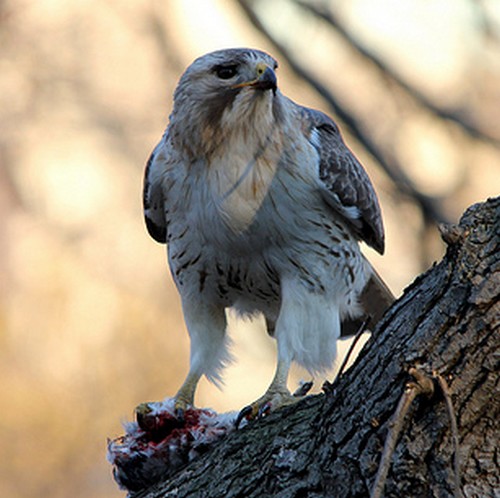 Pale Male is a famous Red-tailed Hawk who has resided since the 1990s near New York City’s Central Park. He was given his name because of the unusually light coloring of his head. He is one of the first Red-tailed Hawks known to have nested on a building rather than in a tree and is known for establishing a dynasty of urban-dwelling Red-tailed Hawks. 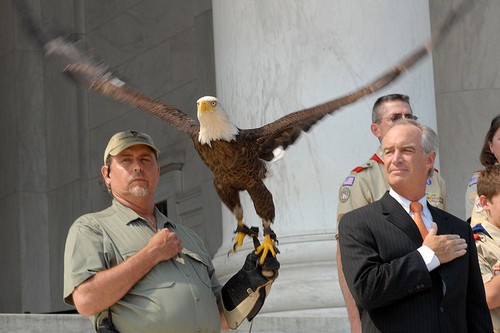 Challenger is a non-releasable Bald Eagle in the care of the non-profit American Eagle Foundation. He is the first Bald Eagle in history trained to free fly into major sporting events during the National Anthem. 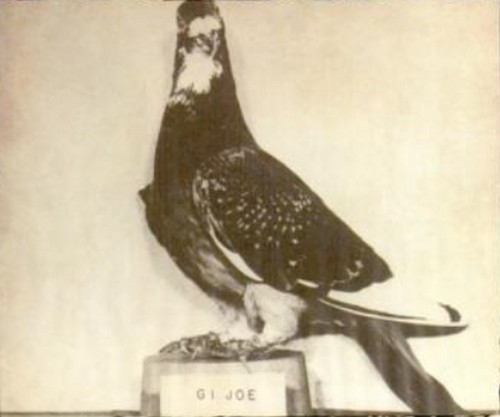 G.I. Joe was a pigeon noted for his service in the United States Army Pigeon Service. On 18 October 1943, the village of Calvi Vecchia, Italy was scheduled to be bombed by the Allies. He carried the message that British forces had captured the village, thus averting the attack and saving the lives of over a thousand people, both the local Italians and the British occupying troops. 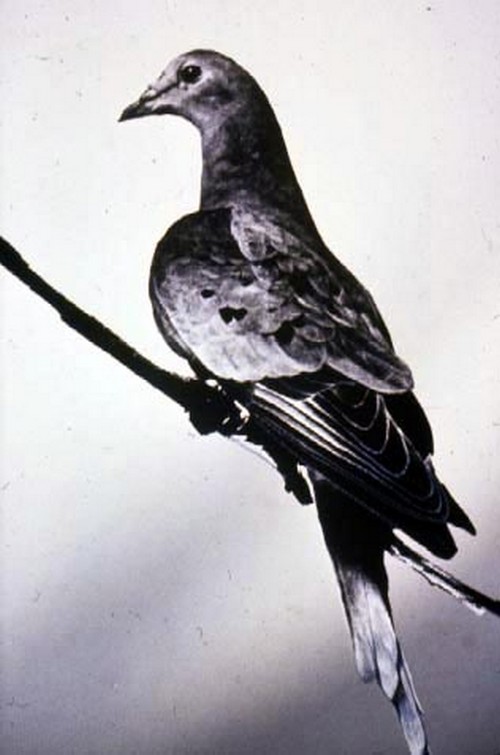 Martha was the last known living Passenger Pigeon, who died at the Cincinnati Zoo in 1914. She was named “Martha” in honor of Martha Washington. 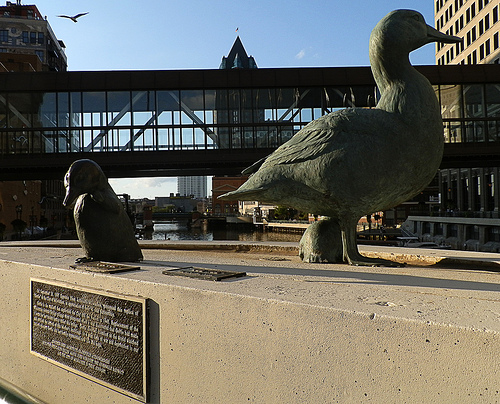 Gertie, a mallard duck who nested on some pilings under a bridge in Milwaukee in 1945. She (and her brood) are immortalized in RiverSculpture! 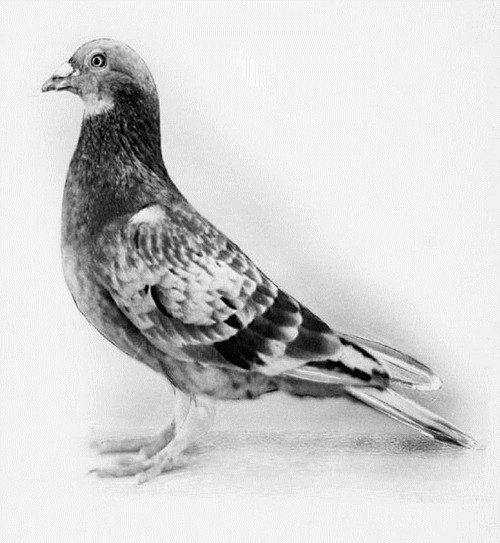 Commando was a pigeon used in service with the British armed forces during the Second World War to carry crucial intelligence. The pigeon carried out more than ninety missions during the war, and received the Dickin Medal (the animal equivalent of the Victoria Cross) for three particularly notable missions in 1942. The medal was later sold at an auction for £9,200. 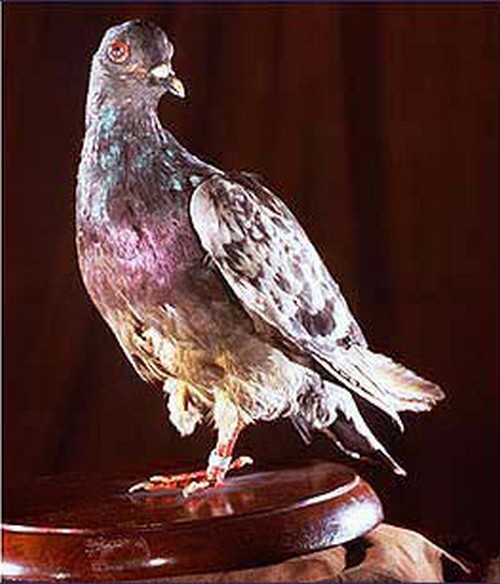 Cher Ami (dear friend), A British-bred homing pigeon who in the Autumn of 1918 delivered twelve messages for the U.S. Army during World War I. She helped save the Lost Battalion of the 77th Division in the battle of the Argonne. Check out 10 of the most popular animals in history.