There’s no end to how Mother Nature and her children surprises us, time over time. Apparently simple looking creatures often are mysterious and fascinating. And just when you thought you know all there is to know about your favourite creature, you come across some more dumbfounding facts. Without further ado, let us delve into 10 interesting facts related to snakes.

Ever thought, what it’s like to live in a house full of snakes. Ben and Amber Sessions of Idaho, USA could tell you. Few years ago the Session family got a cheap house deal and bought it without giving a second thought. Evidently they didn’t pay attention to the reasons the previous family had moved out. The house agent tricked them into believing that the previous family were reluctant to pay their mortgage and so made up some stupid snake story. Few days after moving in, Ben and Amber started hearing crawling sounds from inside their walls. Soon they were horrified to find eight garter snakes in their home and discovered that their house was built on a hibernaculum, where the snakes had been sleeping during the winter. The couple went bankrupt and fled from the infested house.

9. The Snake That Can Feel Your Heartbeat 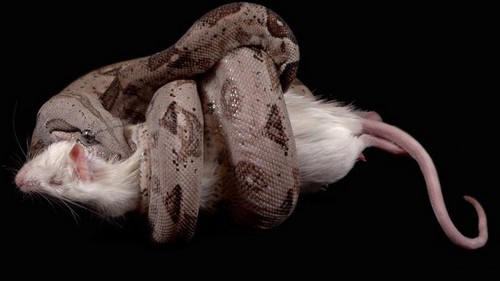 5.5 meters (18 ft) long Boa constrictors are equipped with the unique ability of sensing heartbeats. So if a Boa is wrapping itself about you bit by bit don’t think you can play dead and the snake will let you go. Researchers from Dickinson College experimented with a dead rat fixed with instrument that stimulated fake heart beats into the rat. The Boa was observed letting its victim go sooner, once the heart beat completely stopped and if the heart beat continued for more than 20 minutes, the snake gave up knowing that it can’t suffocate the prey. This observation evidently hinted that the snake could feel heart beats. 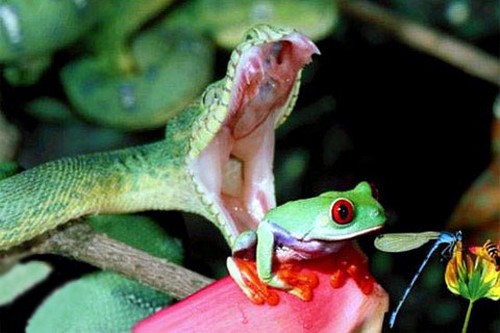 Japanese Tiger Keelback or Yamakagashi are originally non-venomous. So they borrow the venom from toxin toad frogs while chewing on them and store the toxin in two nuchal glands on the back of their necks. Amazingly, while fighting off predators the poison named ‘bufadienolides’ travels to their fangs located at the back of their mouth. These clever snakes even modify the poison to make it more effective. If bitten you’ll suffer heart attacks and breathing difficulties and may even die in the process. 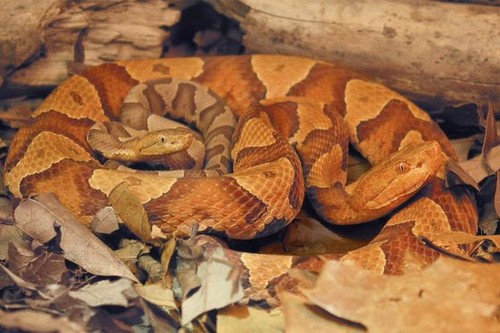 Previously female Komodo dragons, sharks, turkeys, chickens and has been seen giving birth without being conceived by the male. All these animal were kept in captivity. But in 2012, a team of researchers studying the spawn of cottonmouths and copperheads in North America, were shocked to discover that around 2.5 to 5 percent of pit vipers had virgin birth. This phenomenon is called facultative parthenogenesis and the reasons are unknown. All they know is that – the haploid cells that essentially needs input from the father to create a new snake, in this case, merges with each other to create future serpents.

6. One Tribe vs Giant Snakes 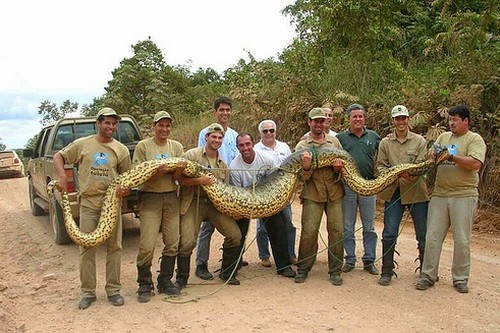 A native tribe in Luzon, the largest island in the Philippines, resides beside giant python that grows over 7 meters long and can weigh over 75  kilograms. Almost a quarter of the Agta men have been victims of snake attack and bear the scars of the attack on their bodies. Between 1940s and 1970s, 6 people have been killed by these giant pythons, including two infants who had been swallowed alive. The tribe claims that every Agta man has killed at least one serpent in their life. The major reason behind such tension between humans and pythons is food, but lately with modernisations sweeping into every corner, many Agta people have given up living in the forests in their old primitive ways.

5. Snakes That Get Automatically Tied Into Knots

In 2009, the serpents of Steinhart Aquarium in California were attacked by a strange and horrible virus causing uncontrollable illness known as ‘inclusion body disease’. Arenavirus is the possible cause behind this disease which straight away attacks the brain. It leads to some disturbing effects like ceaseless vomiting, swaying back and forth like a drunk, snakes rubbing itself against its own body and getting tied up into a big knot that cannot be undone, at least not by the snakes themselves. The bright side of it all is that it’s not contagious to humans. 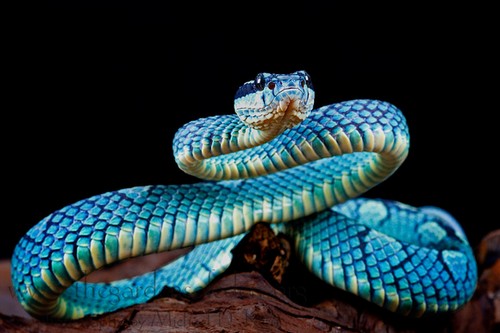 During the Vietnam War, the Viet Cong army used tunnels to travel across places as a way of avoiding American air attacks. When the Americans came to know of this they sneaked a few deadly rats into the tunnels to hunt down the enemies and harm them. In return the Viet Cong filled the tunnels that the Americans used, with bamboo vipers. The serpents were called “one-step” or “two-step” snakes because, when bitten, the victim would walk slower and slower until he’d dropped dead. These vipers were kept hidden inside hollow bamboo stick. 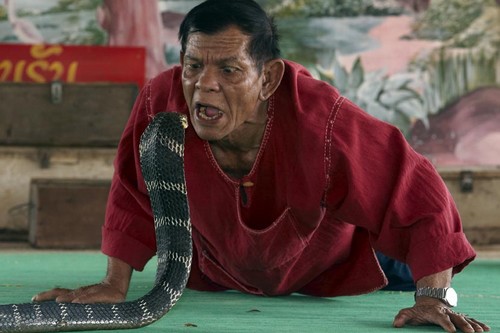 A native community known as Ban Kok Sa Nga of north-eastern Thailand has dangerous passion for snakes. Outside almost every house in the village there a wooden crate containing a long hissing serpent. It all began when in the 1950s when a doctor suggested the town folks to breed serpents and put on cobra show that will make the town famous. And it did. The village holds a circus every year where they organise all sorts of games involving snakes; one such game is cobra boxing match where the handler will tease the snake and dodge its angry attacks. For the Ban Kok Sa Nga community snakes are like their pets and children are, at a very young age, taught to deal with them. But that doesn’t make the serpents a substitute of dogs or cats, for snakes, at the end of the day are life threatening. Bualee Chai, a handler has been bitten at least 21 times and had to lose a few figures as a consequence. 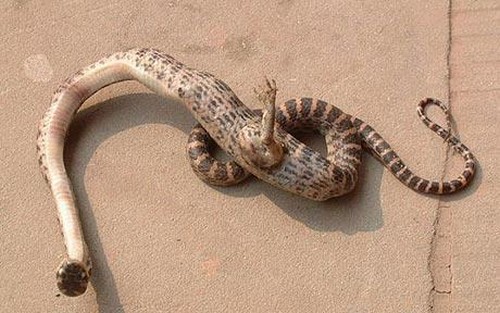 Scientists of West Normal University in Nanchang, China were quite surprised to have found a dead snake with a foot sticking out. The snake was discovered and killed by a 66-year-old Chinese woman named Dean Qiongxiu. They conducted an autopsy but surprisingly the results were not made public. Snakes with legs are not as unlikely as we think. The fact that serpents had once had legs, ages ago, is evident by the remains of hips and limbs on their skeleton. Under favourable circumstance (like polluted ambience), evolution can again bring back the power for serpents to crawl the earth.

1. The Viper That Turns Adults Into Kid

Russell’s Pit Viper of Southeast Asia is responsible for thousands of deaths every year. 40–70 milligrams of venom can turn blood into jelly following which the person will probably die or become a kid after losing fertility, sex drive and mental stability. The victims also suffer from hair loss, men suffer muscles to vanish, and women suffer curves to fade away. Russell’s Pit Viper bite also causes heavy internal bleeding, haemorrhage in the pituitary gland and hormone production to get hampered. Here is another list, you may also like; 10 extremely dangerous species of snakes.