Animals are adorable, and any human, in his right mind, loves them. They are quite intelligent, too, and have proven so by repeatedly as they have learned what humans have taught them to do, and given performances that have won hearts. They have even gone on to show their talents, or fought the odds to bring a smile. Let’s read about some of the animals that entertained the world, and enthralled all. 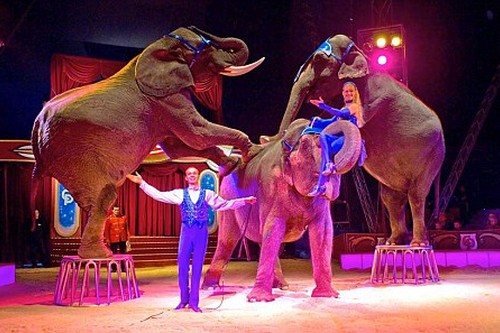 Jumbo was born in 1861, and grew to become a thirteen-foot, six-ton African elephant. After losing his mother to hunters, he was taken from the French Sudan to the Jardin des Plantes Zoo in Paris, and then to the London Zoo at the age of four years. He was greatly loved by children, whom he was famous for giving rides to. But, as he was gradually becoming grumpy and out-of-control, he was sold to Mr. Barnum of Barnum & Bailey Circus, to which people reacted. 100,000 school children wrote to Queen Victoria. But, Jumbo rediscovered his happiness at Barnum’s circus. Three years later, in 1885, Jumbo died after being hit and fatally injured by a locomotive at a railway classification yard at Canada, while trying to save a young circus elephant. 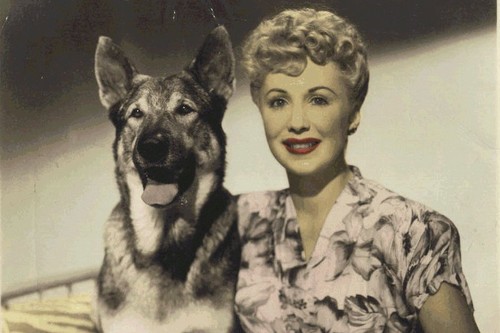 Born in September, 1918, Rin Tin Tin was one of the first celebrity-dogs of America. He was a German Shepherd. During World War I, he was found in a bombed out kennel by an American serviceman named Lee Duncan, who took the dog to California. There, Rin Tin Tin was taught to tricks and trained to perform in dog shows. Soon, he started to get more opportunities, and he bagged a role in a silent film as a wolf. As a trained dog, he was easy to work with, and he started getting more work, until, in 1923, he got his first starring role in the movie, Where the North begins, and he never looked back. He worked in 26 movies and became a huge star. He died on 10th August, 1932, but, he has been immortalized in books, television series, etc. He even has his own star on the Hollywood Walk of Fame.

You might love to know about 10 Most Expensive Dogs in the World. 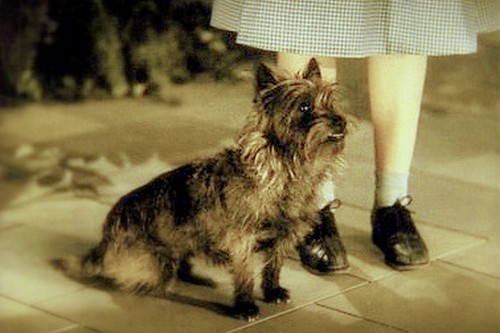 The 1933 born Cairn Terrier named Terry rose to the height of fame and wealth with her role as Toto, the dog, in the 1939 released fictional movie, The Wizard of Oz. Born amidst the Great Depression, she debuted in the film, Ready for Love in 1934, and in her entire career, she worked in 15 different movies. But, she received formal credits only for The Wizard of Oz, for which she was paid $125 per week, more than her human co-actors in the film. During the shooting, she almost lost her life when a Winkie guard stepped on her by accident, breaking her leg. She recuperated, and resumed shooting. After her death on 1st September, 1945, she was buried in Studio City, Los Angeles, but, since her grave was destroyed during the construction of the Ventura Freeway, she was given a permanent memorial at the Hollywood Forever Cemetery in Los Angeles.

You may also like 10 of the World Awesome and Rarest Dog Breeds. 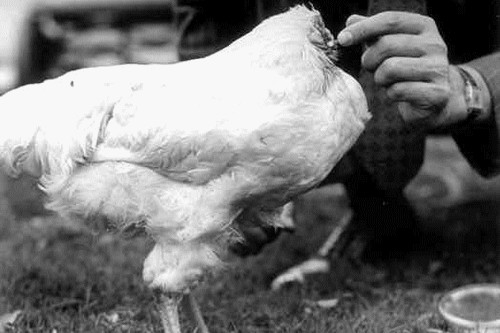 Miracle Mike, born in April, 1945, lived on a farm in Colorado, United States, and was possibly living a peaceful life until, 10th September, 1945, when his master came to behead him to serve him as his mother-in-law’s meal. But, farmer Lloyd Olsen did a botched job, since, with his blow of the axe, he missed the five-and-a-half-month-old cockerel’s jugular vein, and left most of the brain cell, as well as one whole ear, intact. Mike, however, managed to escape death, and lived without a neck for 18 months, on a diet of milk and water, fed to him by an eyedropper, and also small grains of corn. He could neither preen nor peck for food, and his crowing sounded like gurgling. But, he definitely did his master proud as he had a great career of touring sideshows and got photographed for leading papers and magazines, and earned $4,500 per month. He was a great favourite with people, wherever he went. He received the love and care of his repentant master till he died in March, 1947.

Check out the list of 10 Most Famous Birds in History. 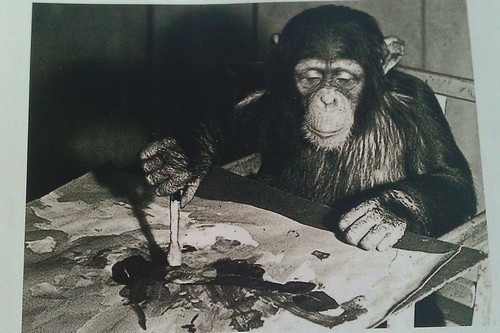 Congo was a chimpanzee, born in 1954, and became one of the highest-selling animal painters of all times. His talent was first recognized by zoologist and surrealist painter, Desmond Morris, after he started drawing lines. He eventually became a painter with an advanced sense of balance, symmetrical consistency, scrubbing. His style is described as lyrical abstract impressionism, similar to Jackson Pollock. He drew more than 400 pictures with vague, radiating fan pattern. He knew when his pictures reached completion. If the image was taken away before that, he threw fits, and nothing could convince him to continue working on an image once he considered it done. His works provoked scorn and scepticism in the 1950s. But, he also won the hearts of many, including Pablo Picasso. He died of tuberculosis in 1964, at the age of ten. Three of his were auctioned for more than $26,000 in 2005. 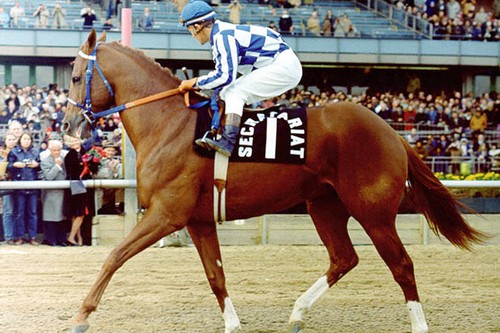 Foaled on 30th March, 1970, Secretariat was an American Thoroughbred racehorse. He became the first US Triple Crown champion in twenty-five years, in the year 1973. The records he set in the Kentucky Derby and Belmont Stakes still stand today. He remained popular after his retirement after a successful racing career. Unfortunately, in 1989, he was afflicted with a painful hoof condition named Laminitis, which, as in his case, is often incurable. When he showed no signs of improvement, he was euthanized on 4th October. He was 19 then, and his death was mourned by millions. In his lifetime, he had received many honours and awards, and they continued posthumously, too. One of his greatest honours as a horse was to be buried as a whole, because, only the hooves, heart and head of a winning racehorse are buried, while the rest is cremated.

You may love to know about 10 Most Beautiful Horses in the World. 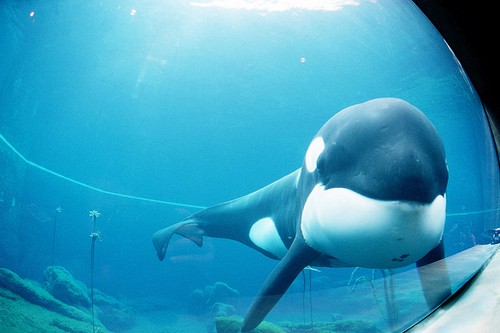 Keiko was the orca whale who played the character of Willy in the film, ‘Free Willy’. Born in 1976, Keiko became a part of the Free Willy team in 1993. He was cast in the movie to play the role of the killer whale that lives under a neglected ownership and is freed by a little boy. Ironically, Keiko himself was captured from the Icelandic wild in 1979 and sold to the aquarium, where he lived for three years until he was sold to Marineland in Ontario where he performed for the public. But, he developed skin lesions, indicating his health deterioration. He was then sold to an amusement park in Mexico City in 1985. After Free Willy, Warner Brothers Studio and entrepreneur, Craig McCaw, jointly tried to return Keiko to his home, and established the Free Willy – Keiko Foundation in 1995. For many years after that, constant efforts were put in to help Keiko. Donations were collected, transportation facilities were built and Keiko was regularly monitored. After many failed efforts and hindrances, he was finally reunited with his wild friends in August, 2002. But, within three months, he returned to Norwegian fjords, seeking human contact and giving free rides to children. On 12th December, 2003, Keiko breathed his last, in the Norwegian fjords.

You may like to read 10 Most Bizarre Underwater Creatures. 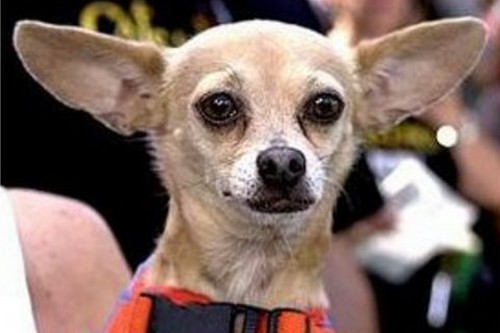 Gidget was born on 7th February, 1994. At the age of about three years, she bagged a modelling assignment for ‘Taco Bell’, a taco restaurant, in Mexico. Initially, she as cast as the girlfriend of the lead which was to be played by a dog named Dinky, whom Gidget replaced. Another Chihuahua, Taco, was Gidget’s stand-in for the commercials which made her a great favourite. After the ad went off-air in 2000, she continued with her career in the glitzy industry of entertainment. After suffering a stroke, she was euthanized on July, 21, 2009. Her death was mourned by fans, as well as Taco Bell Corp. 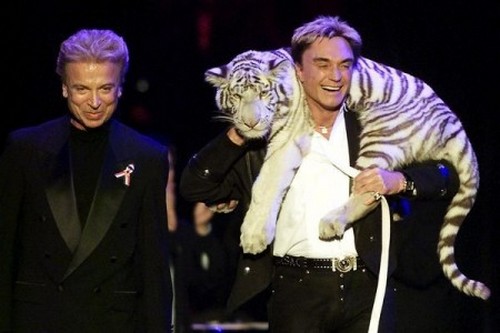 Montecore was one of the many white tigers who appeared with Siegfried & Roy, the German-American duo of magicians and entertainers who were well-known for their regular public appearances with white lions and tigers. Montecore is more infamous than famous, actually. In 2003, during a show at the Mirage Resort and Casino where the duo had been performing since 1990, Montecore bit Roy on the neck. He was 7 years old at that time, and was triggered to react to Roy’s convulsions in a seizure-like manner, and he tried to move Roy to safety. Roy was critically injured, and suffered huge blood loss, and could start walking and talking only in 2006, with assistance. Montecore’s attack and Roy’s injury prompted the Mirage to close the show. The tiger appeared for one last time with Siegfried and Roy in February, 2009, which was their farewell act before the duo retired for good in 2010. Montecore died after a short illness on 19th March, 2014 at the age of 17. 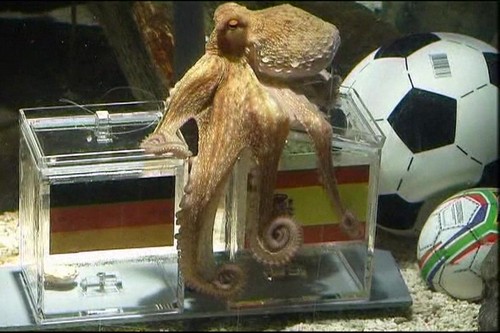 Paul was a common octopus, born on 26th January, 2008, in Weymouth, England. He lived in Oberhausen, German, and enthralled the world with his predictions of football matches during the FIFA World Cup, 2014. His feeding habits were believed to be his way of predicting the outcome of international matches in which Germany participated. Paul foretold the results of several of the Euro 2008 matches and all of 2010 World Cup matches of Germany, by eating first out of the two boxes of the same food, presented before him with the flags of the two participating teams. He also predicted Spain’s win over Netherlands in the final. 11 out of his 13 predictions were correct. His divination skills, though subject to many refutations and explanations by scientists, made him famous among people from all over the world. He died a sudden death on 26th October, 2010, but, is still considered a huge part of the world of football.

Thus, animals have always been there to sooth humans and entertain them. There are also many stories of how they have proven to be important to human history. It is important to remember to take care of all the creatures that make this biosphere so diverse and entertaining, just by their mere presence.