Three quarters of the earth’s surface is covered in water. A huge, strange world of mystery hides deep inside the water, and there are some magnificent creatures inhabiting this world. They may not always be beautiful, but, are most definitely marvellous. Let’s look at some very bizarre and uncanny-looking underwater creatures. 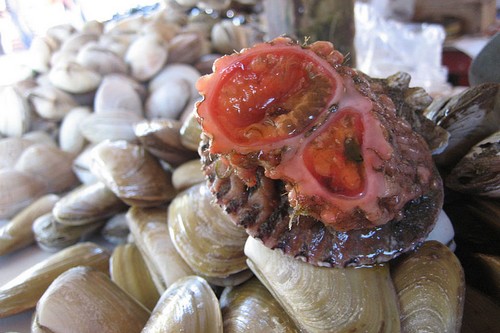 This tunicate belongs to the Pyuridae family. It is like a mass of organs within a rock, found in dense aggregations. The siphons, referred to as tetas, are pulled out of the carapace after they are sliced with handsaw. The Living Rock, with organs inside it, is considered a delicacy in many parts of the world. 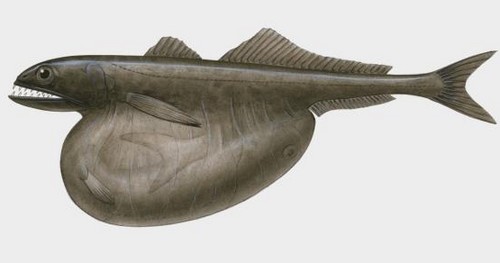 This fish from tropical and subtropical seas, is one that loves a hearty meal of bony fishes. It catches its prey by the tail, and swallows it whole, in a way that the prey is fully coiled within the black swallow’s stomach which is distensible. The best part is that it has the capability to swallow creatures twice as large as its own head. Its lower jaw protrudes past the upper one. 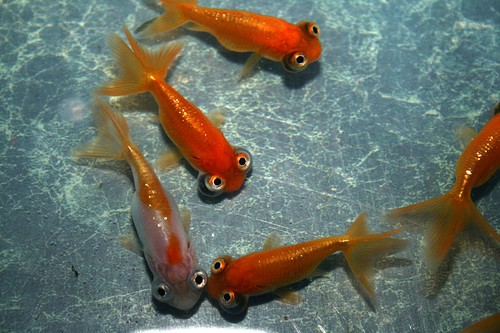 The celestial eye goldfish is a fancy goldfish breed which is defined by its protruding eyes which are turned upwards. The pupils are turned upwards, gazing up into the sky, which has won the fish its name. The eyes are normal at the time of birth, but, they gradually turn up with age, and they acquire a perpetual wonder as the marvel at the sky. 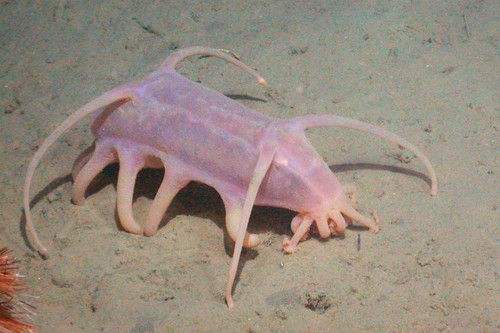 This is a kind of sea cucumber which lives in cold waters of the deepest seas. They have pinkish oval-shaped bodies that give them the piggish appearance, along with the plump, enlarged legs. There are 5 – 7 pairs of these ‘walking’ legs, which inflate and deflate to help the animal move on the sea bed by a walking movement. Besides, it also has two pairs of antenna-like appendages on its head, which are actually feet, too. These help propel it, or have a sensory function. Its mouth has a ring of feeding tentacles that help it to scour mud for scum to feed on. 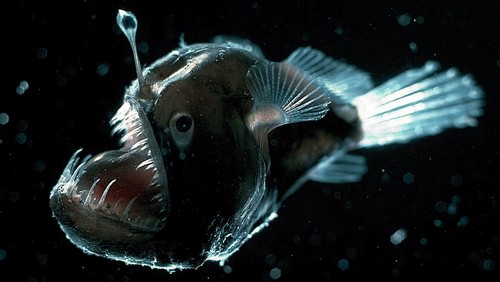 The angler fish has a perennially angry look, and is defined by some characteristic features. This carnivorous fish has a huge head with a wide, crescent-shaped mouth filled with long, dangerous-looking teeth that resemble fangs. These are angled inward to help grab their prey efficiently. It has a luminescent organ called esca at the tip of a filament which, with the help of symbiotic bacteria, glows in the darkness of the waters to attract its prey. Females, which are much larger than the males, also use the esca as get the attention of the male to facilitate mating. 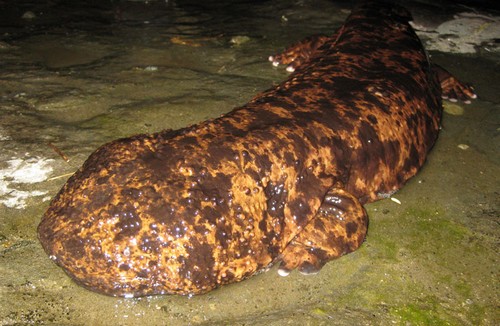 Nature cracked a dirty joke as lack of giant puppies and giant bunnies got compensated with giant salamanders. These amphibians have large folds of skin along the haunches, which gives them the large surface area, giving them a grotesque look in the process. Their forelimbs have four toes each, and the hind ones have five each. Due to the incompleteness of metamorphosis from the stage of being a larva, the adults retain the gill slits. They also do not have eyelids. Their bodies and heads are covered with sensory nodes. 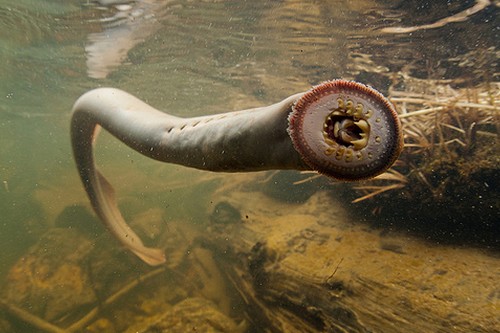 Remember the worm-like creature that killed Beaver in the film, Dreamcatcher? Well, it is definitely the elder brother of the lamprey. The funnel-like sucking mouth lined with teeth is the characteristic feature of this jawless eel. Though a minority of its species show parasitic traits of boring into the flesh of the prey and sucking blood, the majority are non-parasitic, which, as adults do not feed. Yes, that’s right! They live on reserves accumulated as larvae which they obtain by filter feeding. 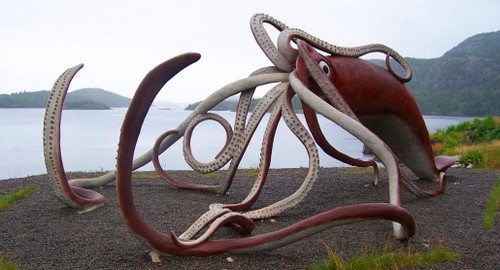 Most people know about giant squids, but, the colossal squid is, indeed, colossal: it is the size of a bus. Besides having its arms and tentacles equipped with suckers lined with teeth, this breed of squid has its limbs endowed with swivelling or three-pointed sharp hooks. It has a wide and stout body which is larger and heavier than even the giant squid, which also has shorter mantles, but, longer tentacles. The colossal squid, whose very name is suggestive of its deep-sea gigantism, attracts its prey with bioluminescence. The menacing animal is capable of scarring the sperm whales. 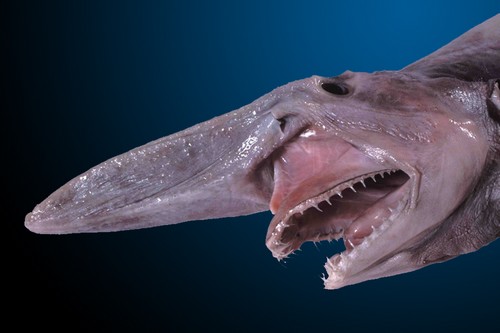 Often referred to as the Living Fossil, the goblin shark is a rare deep-sea shark species. This pink-skinned shark has distinctive physical features. Its snout is elongated and flattened, and the protrusile jaws are lined with nail-like teeth. It is a sluggish animal, which can be understood from its small fins and flabby body. These 3 – 4 m long species is the only remaining representative of the 125 million years old Mitsukurinidae family. 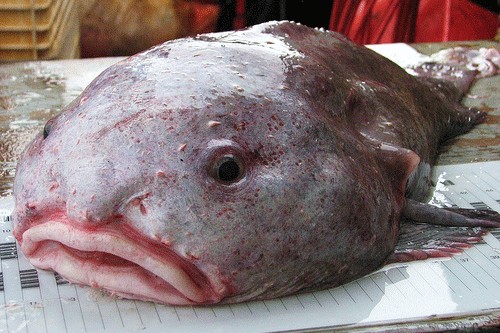 Blob fish is celebrated as the world’s most grotesque creature. It appears like a blob of slime because of its gelatinous flesh that helps it float in water. It has no muscles in its body. Though the fish, which appears to be melting, starts to look different when brought out of water, it doesn’t create a very appealing look when it is in the water, either.

All these underwater creatures appear gruesome to normal human eyes. This is because of their exaggerated features. These creatures are made by nature to fight the adversities of their environment.