“All things bright and beautiful,
All creatures great and small,
All things wise and wonderful:
The Lord God made them all.”

The lines by Cecil F. Alexander may be simple, but, they go a long way to describe God’s creation of a variety of flora and fauna in the world. There are many unique animals that we know very little about, and many of them are strange, beautiful and dangerous. But, did you know that there are many individual animals that are very unpleasant and hideous to look at? Let’s know a little more about some unknown and unattractive animals in the world.

The 10 of strange and hideous creatures: 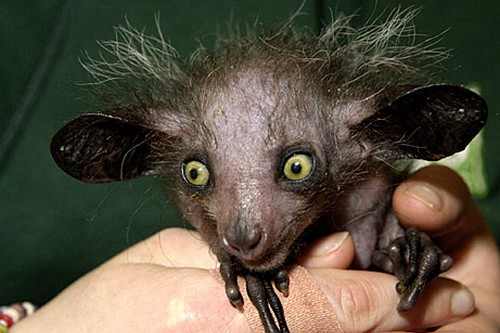 The largest nocturnal primate in the world, the aye-aye is a lemur from Madagascar, characterised by teeth like that of rodents, and a specially thin and long middle finger. It taps on trees for grubs, and gnaws holes in the wood of the trees with its incisors to create small holes.  It then inserts its long middle finger into the hole and pulls out grubs. The gremlin-like look is further enhanced by strands of hair here and there, and large eyes. 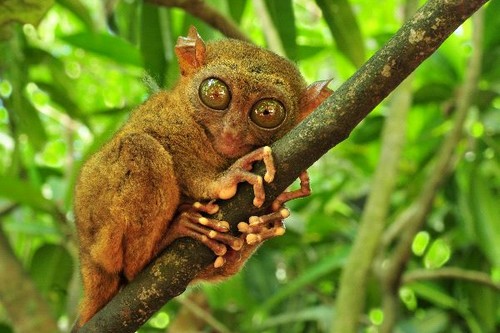 The smallest known primate, the tarsier has very large and round eyes that appear to be bulging out, and its feet and toes are enormous. The hair on its body has a patchy appearance, which adds to the oddity of its disproportionate appearance, along with large and pointed ears. They jump from tree to tree to catch snakes and birds, even in motion. It is found mostly in South East Asia. 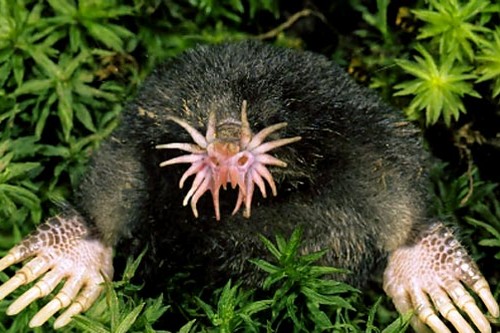 The star-nosed mole will remind you of Jeff, the gigantic worm-like alien with scary appendages ringing its mouth, from Men in Black. This mole from northeastern America and eastern Canada is characterized by 11 pairs of pink fleshy appendages round its snout, forming a star-like structure. These have sensory organs to help it feel its way round and catch vibrations. The body of the mole has thick fur of blackish-brown colour. It has scaled feet and a long tail. 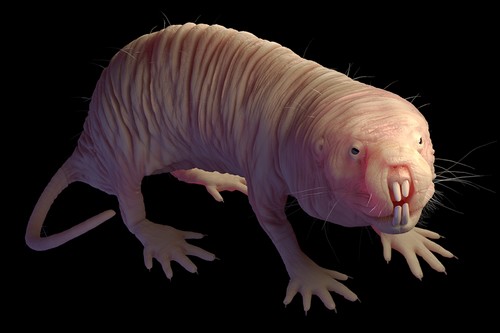 Also known as the sand puppy or desert mole rat, the naked mole is an East African rodent that may be confused to have been shaved. The eusocial mammal has unique physical aspects with tiny eyes, thin and short legs and protruding teeth that seal the lower lip, to make it well-adapted to underground living. Their almost hairless body is covered with wrinkled skin of pale pink or yellow shade. 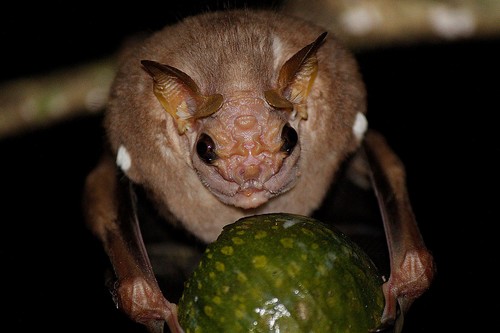 This Central American bat species has an unusual shape of the skull which is quite short and wide, and helps make a wider range of foods edible for the species in comparison to other bats. Their hairless face is covered with convoluted outgrowths of skin, giving its face a wrinkly appearance, which is its distinguishing feature. In case of males, the skin flaps are even more pronounced. Even though it eats fruits, it is not classified as a fruit bat. Despite being classified as a leaf-nosed bat, it does not have a leaf nose. 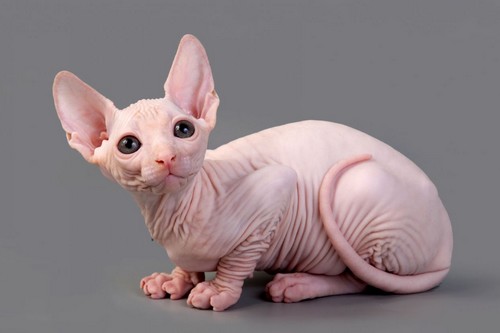 This breed of cat has a lack of a furry coat, though it is not truly hairless: its skin and hair have the same, albino-pale colour, and the coat feels like suede. The skin covering the body is very wrinkly and loose. The cat has a flabby pot belly. It has over-sized, hairless ears and large, lemon-shaped eyes, and the eyebrows and whiskers are sparse or non-existent. Its whip-like tail may have a puff or hair at the tip. Pet owners defend it with the well-defined cheekbones, strong neck and muscular Sphinx-like structure. It is actually from Canada. 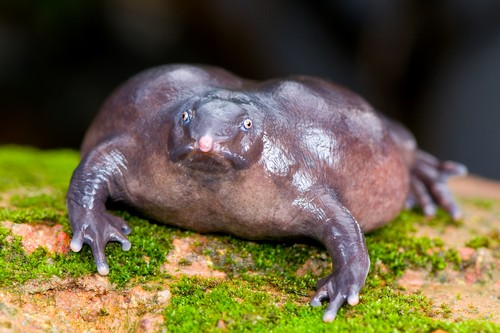 This Indian frog has a robust and round structure. It appears like a bloated and flattened mass of purplish grey. It has an unusually small head and a peculiar, pointed snout. Its legs and arms are splayed out and short. Its hoarse cry resembles the clucking of a chicken. It has oral suckers like rheophilic fish. 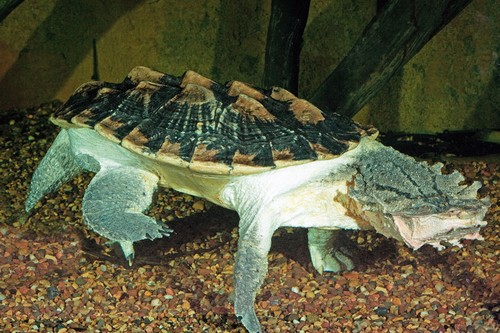 The mata mata turtle from Amazon has a body that resembles the bark of a tree, to help it camouflage itself. It is quite large, and has a head that is triangular and flattened. The head is characterized by tubercles, skin flaps and a horn on the long, tube-like snout. The chin has three barbels, and the upper jaw has four. The plastron or shell is deeply notched at the rear, and has narrow bridges. There are small flaps of skin that fringe the long neck. The turtle also has five webbed claws. 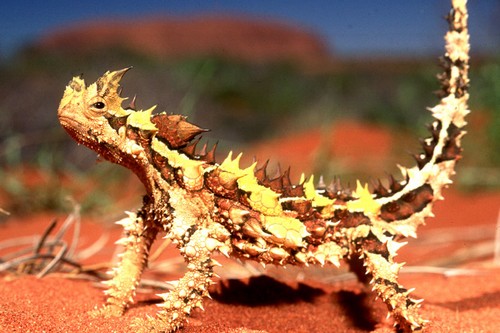 Also known as the thorny lizard, mountain devil, thorny devil and moloch, the thorny dragon is an Australian lizard with its body covered with hard, conical spikes to discourage predators, as well as ridges to collect water from any body part. The ridges and spikes together give it quite an intimidating look, enhanced by a ‘false head’ at the back of its neck which it presents before the predator while dipping its real head between its legs, as a form of defence. 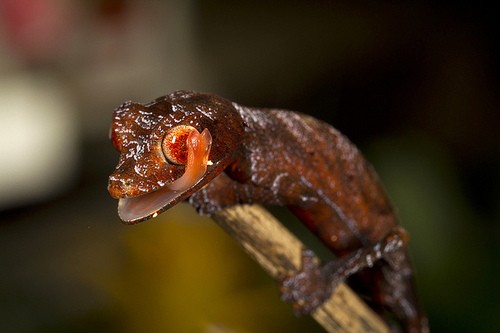 This gecko from Madagascar is also known as the eyelash leaf-tailed gecko. It has a flat tail that resembles the shape of a leaf. Some of them have notches to give the appearance of a decaying leaf. Some also have spines on their head, body and trunk. Their eyes, which have no lids, have a projection above them that looks like eye-lash. All these adaptations help the animal in camouflage, and in the process, give it an ugly look.

Even though the animals do not meet the conventional standards of beauty as set by human beholders, it can be said that they are all there for a reason, nurtured by Mother Nature with love. Hope you enjoyed this list of strange and hideous creatures. You may also like the list of 10 most funny but deadliest birds.