Man has walked the earth and had many conquests, creating his own history to revel in. It is curious how they have always had some animal or the other at every step in making this history. Many animals have offered their services or been the inspiration for mankind, and have, thus, become a significant part of human history while building their own. Let us read the stories of some historically famous animals. 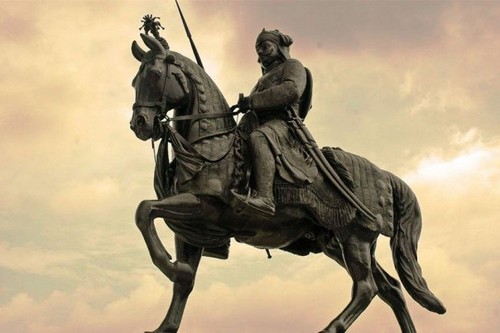 Chetak was the horse ridden by Mewar’s Rajput ruler, Maharana Pratap, during the Battle of Haldighati in 1576. Chetak, a Marwari horse, showed the valiance and loyalty that was characteristic to his breed, as he stuck by Rana Pratap till the very end. When Man Singh, the Mughal commander, charged at Pratap atop an elephant, Chetak raised his hooves and struck the elephant’s head, giving Pratap, a chance to throw his lance, which missed Man Singh, and killed the mahout. In the clash that ensued, the elephant’s tusk tore through Chetak’s leg, and crippled him, but, Chetak refused to succumb to the pain, and carried Pratap away to help him escape so that the Rajput would have some hope left to rule Mewar. He ran at top speed, but, collapsed into the lap of death while trying to leap across a pool. His story of bravery is immortalized in the form of a statue in Rajsamand, and in Rajasthani folklore.

2. Stubby, the Dog who served as a Sergeant 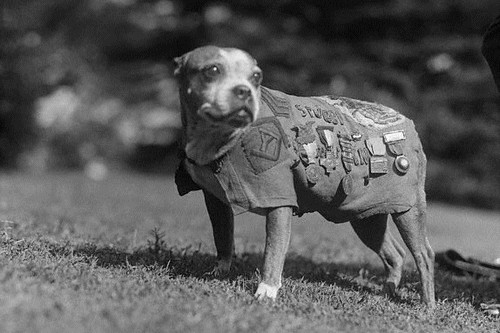 Sergeant Stubby, a Pit bull, was one patriotic dog. He was the first war-dog who offered his services to the US during World War I. He showed up at Yale Field in New Haven, Connecticut, in 1916/17, where he made friends with Corporal Robert Conroy with whom he travelled to France. There, performed many military tasks, and, for 18 months, served with the infantry in the trenches. He had an acute sense of sound and smell, and used these to warn soldiers, locate and comfort wounded soldiers and save lives. He captures a German spy, all by himself. During his participation in four offensives and seventeen battles, Stubby was wounded several times. He returned to the US in 1918 and was showered with many honours, medals and acknowledgements. At the age of about nine or ten years, he passed away on the 4th of April, 1926. 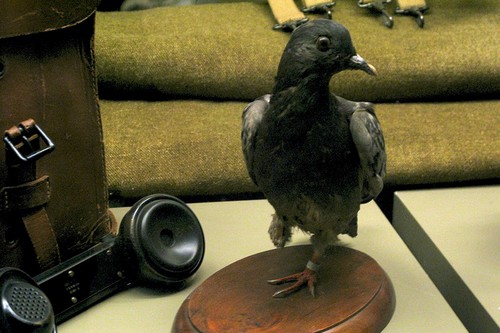 During the World War I, Cher Ami served the US Army Signal Corps in France in 1918. In the battle against Germany, 500 men were trapped in a depression on the hillside with no food or ammunition. They are getting killed and wounded after being surrounded by the Germans. On top of that, they were also receiving friendly fire from allied troops who were unaware of their location. Major Whittlesey, after two failed attempts to send for help, rested his last hope on Cher Ami and dispatched her. She flew through raining bullets, and eventually fell. But, instead of giving up, she rose and flew for 25 miles with a bullet in her chest. When she reached, she was blind in one eye, and one of her legs was dangling. But, the note she carried, which said, “We are along the road parallel to 276.4. Our own artillery is dropping a barrage directly on us. For heaven’s sake, stop it.” helped save the Lost Battalion. She was given medical care, a wooden leg, awards, and the position in the mascot of the Department of Service. She died a hero, on 13th June, 1919. 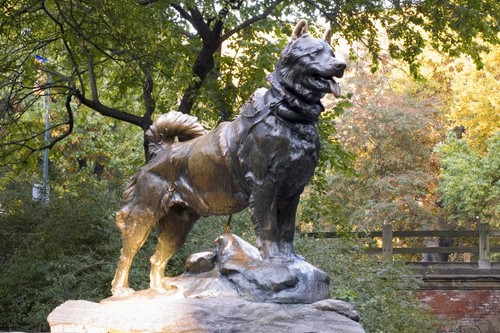 Balto was a sled dog of the Siberian Husky breed, born in 1919. In 1925, when there was a diphtheria outbreak in Nome, the antitoxin to combat the disease was being transported from Anchorage in Alaska to Nenana by train. From there, dog sled was responsible for carrying the antitoxin to Nome. Balto led his team on the final leg of this serum run to Nome. Thus, he helped save the lives of many with his service and leadership. The annual Iditarod Trail Sled Dog Race is an event held to commemorate Balto and his run. On 14th march, 1933, this brave dog breathed his last at the age of 14 years. 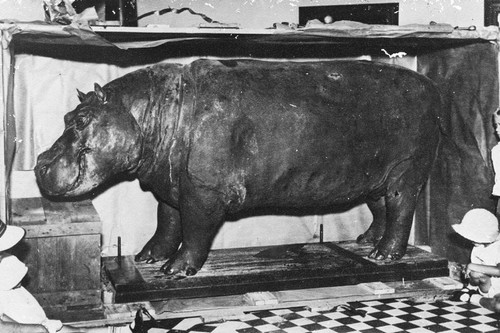 Huberta, initially mistaken as a male and named Hubert, embarked upon a journey from St. Lucia Estuary in Zululand to the Eastern Cape, in South Africa, in November, 1928. It was a 1600 km long journey, and it took her 3 years during which, she became a minor celebrity in South Africa. During her course, she made a stop at the mouth of River Mhlanga in Natal, and then, after an attempt was made to capture her, headed towards Durban where she visited a country club and a beach. She then moved on to the Umgeni River and finally arrived in East London in 1931. She was declared the Royal Game, but, some sick hunter with twisted minds shot her. She had crossed 122 rivers during her journey, and her story astounds listeners, even today. 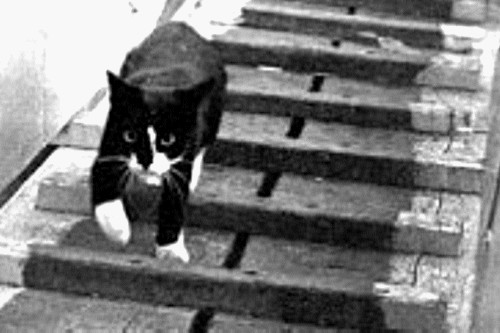 Mr. Sam was one brave cat who managed to survive three shipwrecks during the World War II. His first survival was in May, 1941, from the war-ship, Bismarck. He was called Oskar, then, and he outlived 2000 crew members, only to be picked by the British battleship, HMS Cossack, which was damaged in a torpedo that same year, and was ripped through by an explosion. Now named Oscar, the cat again survived this shipwreck that killed 159 men, and was brought to the shore of Gibraltar. He had earned his fame as Unsinkable Sam by now, and he started to live on the HMS Ark Royal, which was also torpedoed. Luckily, the crew members were safe, and Sam was found, floating on a plank in an ‘angry but unharmed’ condition. Ironically, he died in a seaman’s home in 1955.

7. Laika, the dog who went to space 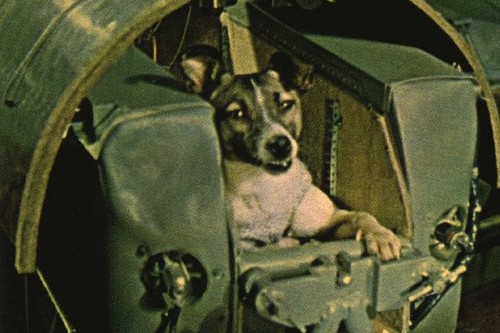 Laika was a stray mongrel who roamed the streets of Moscow with the destiny to be the first canine who went to space and orbited the earth. Born in 1954, Laika was chosen by Russian scientists to be aboard the Soviet spacecraft called Sputnik 2, in 1957. At that time, the technology to bring back a rocket from the space was not known to man, and neither was the possible effect of spaceflight upon a living being. So, Laika was sent out was a precursor of space journeys by humans. No other animal before her had been to the orbit. Within six or seven hours, the poor animal died of overheating, though the official story about her death was not revealed till 2002. Until then, it was believed that she had died of depleting oxygen after about 16 days. She was the first of the ten dogs who were sent into the orbit before Yuri Gagarin, the first human, went to space. 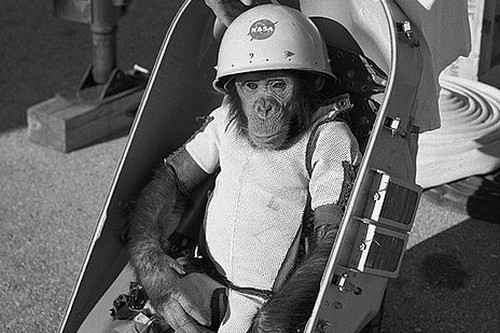 Ham, born in July 1956, was just about 3 years old when he was brought to Holloman Air Force Base in the US, in 1959. Known among the officials and handlers as No.65 and Chop Chop Chang, Ham boarded a Mercury capsule, with proper training to push a lever. He was not merely a passenger. His space suit and level pushing performance helped him to return to earth after a space journey of 16 minutes and 39 seconds, with no more injury than a bruised nose. His flight led to the mission made by the spacecraft named Freedom 7, in May, 1961. He lived a happy life of 17 years, and died in 1983.

9. Mr. Magoo, the Mongoose with a Life Sentence 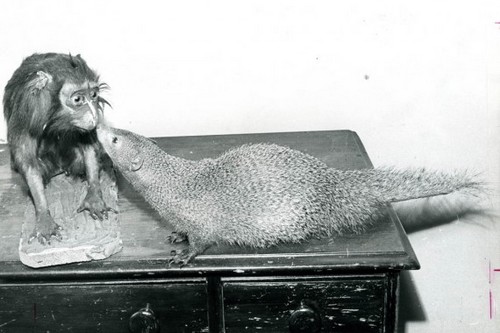 Mongoose is a prohibited animal in the US. The only exception was Mr. Magoo, who had been given to the zoo by a foreign sailor. On 15th November, 1962, he was taken from the Duluth Zoo and sentenced to death, or deportation back to his motherland, India, causing a huge uproar. While thousands visited him in just one weekend, many wrote to the authorities with a warning against the critter’s possibility to escape. They were scared that he would fill the nation with more of his kind though the unlucky carnivore had no mate. He was given a reprieve, eventually, and he lived his life eating eggs and drinking tea, as he enjoyed a free reign of the zoo, till he died in 1968. 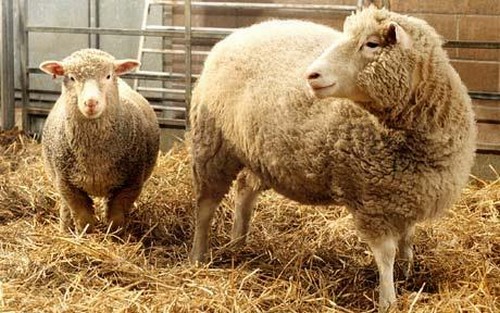 Dolly, the sheep, is rightly referred to as the world’s most famous sheep. She was the first mammal to be born from the cloning of a ewe’s mammary glands, on 5th July, 1996. She was cloned at the Roslin Institute of the University of Edinburgh, and was named after Dolly Parton, the American musician who is celebrated for being busty. Dolly died of progressive lung disease on 14th February, 2003.

Animals, in the hands of some heartless people, are subject to many oppressions and exploitations.  But, there have been many other animals who have redefined the history of man with their services, bravery and dedication, soothed and entertained man, and have forged a bond that no man can refute. Animals spread the kind of love that, without words, does succeed in striking a chord in the hearts of some people who dedicate their lives for their well-being and rights. The connection between man and animals is, thus, unquestionable.

Top 10 Biggest Fish in the World

8 Best and Adorable Pets for Kids and Families

10 Interesting Things About Cats You Need to Know