Flowers, with their bright colours and unique shapes, are a wonder of the nature. They make the world a beautiful place. Be it the much known rose or the lesser known orchids, flowers are always mesmerizing. Let us look at some of the most beautiful and strange flowers that adorn the world around us. 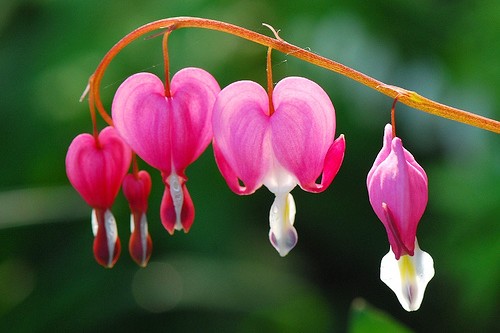 The flower, especially in the bud form, of the Lamprocapnos, a flowering plant of the poppy family, oddly resembles the conventional shape of the heart with e droplet beneath. That is why, it has been given the name, a bleeding heart. The outer petals are bright fuchsia in colour. As the flower blooms further and the outer petals open up, the inner, white parts, often called the ‘lady in a bath’ become more visible. This plant is found in Siberia, northern China, Korea and Japan.

See also; 10 of the most beautiful flowers in the world. 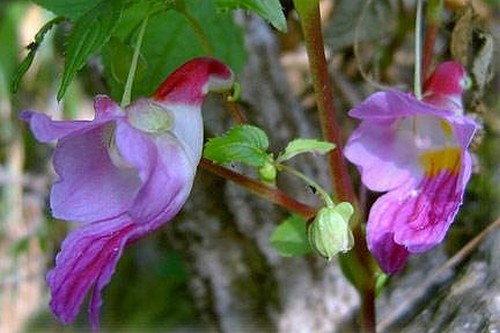 The Impatiens Psittacina is an amazing plant of the balsam family. The flowers are purple and carmine red in colour. When viewed from the sides, the flowers seemingly resemble a parrot in flight. British botanist and explorer, Sir Joseph Dalton Hooker, first noted, in a scientific description of the plant in 1901, how its bloom looks like a ‘flying cockatoo’ and from then on, the name has stuck. This rare plant is found in Thailand, Burma and parts of India. Also, it comes at 9th place among most strange flowers in the world. 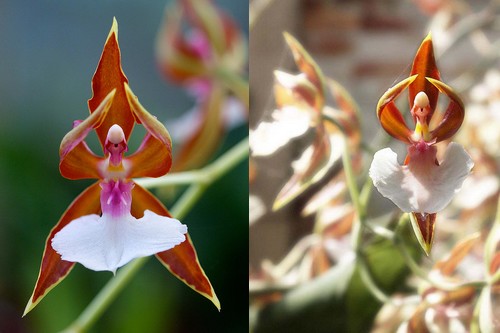 These small plants are terrestrial spider orchids that grow singly or in groups in different parts across the island of Australia. The flowers are essentially cream in colour, with maroon markings, and their petals and sepals have dark trichromes. Together, the flower looks like a maiden in white tutus, holding a graceful ballet pose. The grazing of rabbits and kangaroos in the regions where they grow pose great threat to these orchids. 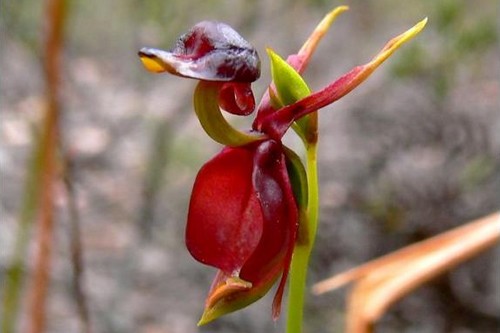 Caleana is commonly referred to as the Duck Orchid. This is because, the labellum looks just like a flying duck with its wings raised high. The lip, in particular, looks clearly like the beak of a duck. The flower is reddish brown in colour, and in rare cases, it is greenish with dark spots, and a single leaf appears near the base of the stalk. This small terrestrial orchid is found in the Australia, from Queensland to South Australia, and even Tasmania.

6. Snapdragon and its Skull 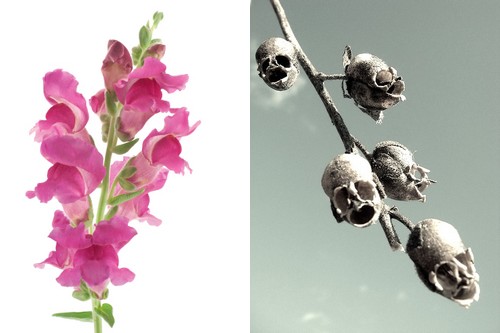 The Antirrhinum, found in the rocky areas Europe, America and North Africa, has an interesting flower called the dragon flower or snapdragon. The beautiful flower petals give the impression of the face of a dragon, which, when squeezed, will open and close like the mouth. But, once the petals wither and fall off, only the seed pod is left behind, presenting quite a macabre look, because the seed pod looks like a skull. Ancient cultures believed snapdragons to have supernatural powers. 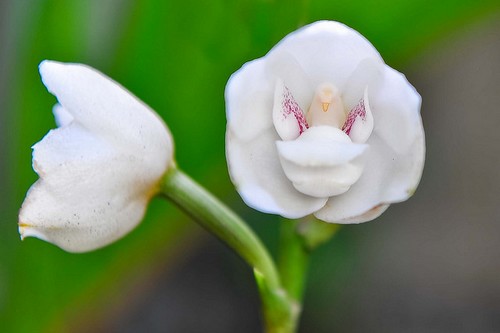 Peristeria is an orchid that is commonly found to grow across much of South America, along with Panama, Trinidad and Costa Rica. One look inside the pure white flower reveals a structure hidden inside it, which looks like dove. In fact, sitting cosy in the centre within the petals is an entire dove, complete with raised wings with tiny pink dots, and a tiny yellow beak. This structure is the reason behind its name. It is indeed one very peaceful looking flower. It’s most beautiful, in addition to one of the most strange flowers. 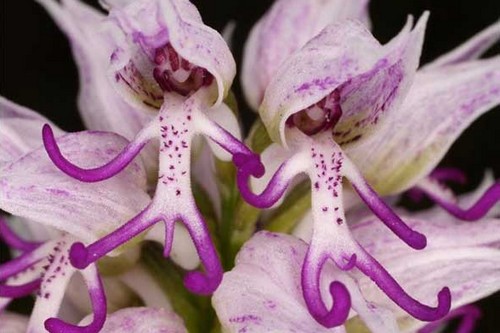 The Orchis italica is often referred to as the Italian orchid, owing to its Mediterranean region where it generally grows in large numbers. But, more commonly, it is known as the naked man orchid. This is because, the amazing flowers of the orchid have petals that look like naked men. The flowers are a combination of bright pink and white in colour, and they are all clustered densely. These strangely shaped flowers make the plant quite popular. 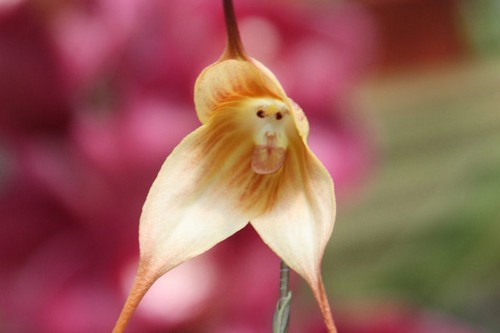 The Dracula Simia or the Monkey Orchid is also known as the monkey-like Dracula. This is a rare species of orchids which is found to grow in the cloud forests of south-eastern parts of Ecuador and Peru. The orchid is called so because it has flowers which display an odd arrangement of column, petals and lip that strongly resembles the face of a monkey – a baboon, to be more specific. The flowers bear the fragrance of a ripe orange. 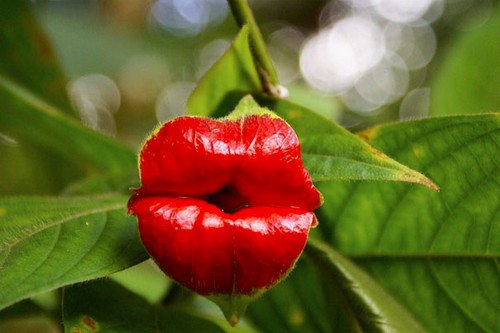 While many might consider it an exaggerated description, the Psychotria Elata, also called the Hooker’s Lips or Kissing Lips plant, is absolutely genuine. It exists in the tropical rainforests of Central and Southern Africa. The waxy bract, which is a modified or specialized leaf, associated with the flower, is bright red in colour, and is shaped like the luscious lips of a woman, complete with a well-defined cupid’s bow. The actual star-shaped flowers emerge from the bract’s centre. 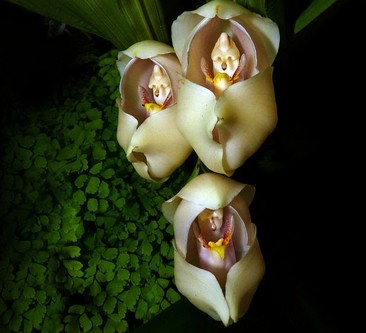 The Angloua Uniflora is a beautiful orchid which is commonly known by the name, Swaddled Babies. The plant grows in the Columbian Andes. The most stunning feature of the plant is its flowers which are large, creamy-white and waxy. Their structure is quite complex, and at a certain stage of opening, they start to look like a baby wrapped in swaddling cloth. Each flower blooms from a single stem from the base of the pseudobulbs.

There are many more such plants with oddly shaped. Some look like Dancing Girls, while others look like Laughing Bumble Bees. Some flowers bear resemblance to smiling (and probably loopy) Happy Aliens, while another may look freakishly like the Darth Vader. All in all, Mother Nature has shown some remarkable creativity with her beautiful and strange flowers.