Mac OS X is an incredible operating system, far superior to Windows. Apple is designed to be secure and well-optimized for the hardware, but also elegant, simple and user-friendly. They thought about everything that they put in it and the results are spectacular. It comes built in with an armada of apps which are incredibly useful to the users and most app are really cherished. However some are completely ignored by users, even though they are extremely useful and could make their lives much easier. Check out these best Mac OS X apps you might have missed: 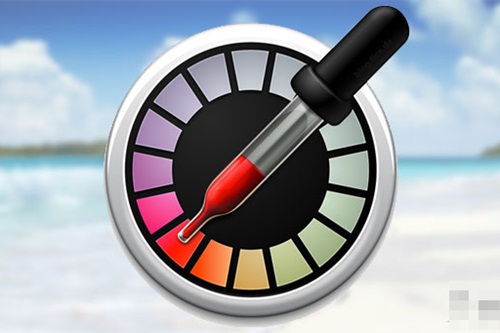 For a designer, color is everything. So how great would it be if you could have an app which could tell you the color of a specific pixel on your screen? Well, it turns out that you do have one. Digital Color Meter allows you to know what the color is of a specific selection on your screen. You can choose how big or small the area is, with the smallest that the area can go being a single pixel. The app which is one of the best Mac OS X apps, will allow you to lock both the x and y positions of the selector and also to view the color in native values, sRGB, generic RGB, Adobe RGB or L*a*b*. It will even allow you to view the red, green and blue values as a percentage or as a hexadecimal value and once you have found the value of the color, you can then choose to send to it to the clipboard as either text or an image. You might wanna check out Top 10 Best iPhone Apps for Students. 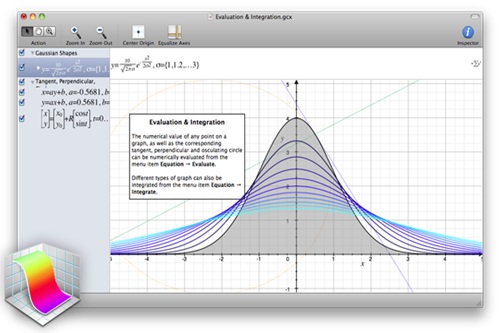 Programs which allow you to draw complex 2D and 3D graphs are usually thought to come with a big price tag. Well, not any more. Grapher gives you all the power of programs like Autograph but for free. It’s definitely among the best Mac OS X apps. You still have complete control over the axis and the graph layout, you still have the ability to create any graph known to man and you still have a wide range of examples built in, but the interface is simple and user friendly and all of it is completely free. It doesn’t leave out half of the features because you’re not giving money for the app, you get ALL of the features that you get from competitor apps but for a competitive price. 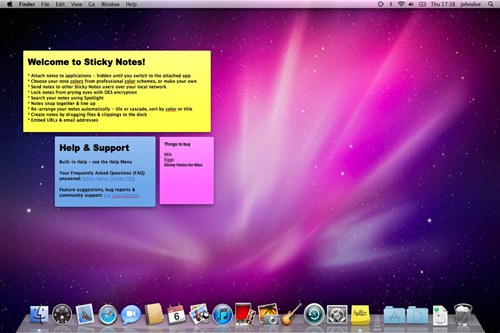 Most people probably think that Stickies is a bit of a joke. It isn’t. It is one of the best Mac OS X apps. It is great to remember anything that you need to refer to often. You can use them to remember important information for your day to day use of your Mac, developers may often use them to keep certain snippets of code that they need to use often or designers may use them as mood boards for inspiration. 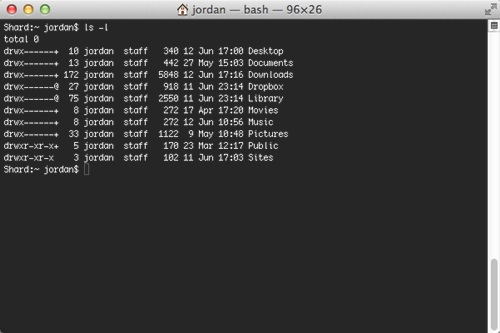 Many people would cry at even the thought of using the Terminal, but actually it isn’t as scary as you may think. The commands are simple and very easy to learn and if you can’t remember one, you can look it up or keep some in Stickies. This app adds so much more control to the user. Using it allows you to customize your Mac so much. You could show hidden files, change the speed that the dock appears, alter file permissions, make screenshots to default to .jpg instead of .png, scan your network and so much more. It really allows you to turn your Mac into a personal computer.

The best part is that because Mac OS X was built on top of UNIX/Linux, it uses the same terminal, which has all of the same commands in it. This means that lots of you may even already know lots of commands for the Terminal but also it means that there is so much support online for those who might not be experienced with UNIX/Linux. 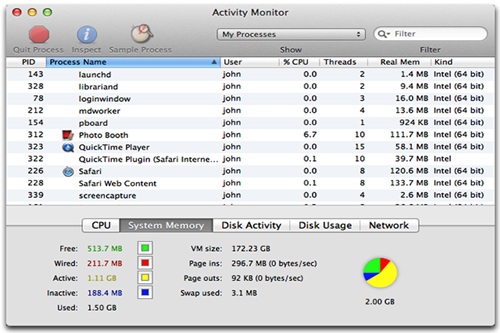 However, unlike how Task Manager shows the processes with very long and complicated names, most of which don’t make any sense, Activity Monitor shows the processes with much less complicated names and if the process is from an application, it shows that application name and icon. This means that all you see is either the name of an app or the name of a system process which Apple has appropriately named to make it very easy to work out what it does. There is even an option to change the application icon in the dock into a live updating graph about either the CPU usage, the CPU history, the Network Usage or the Disk Activity. 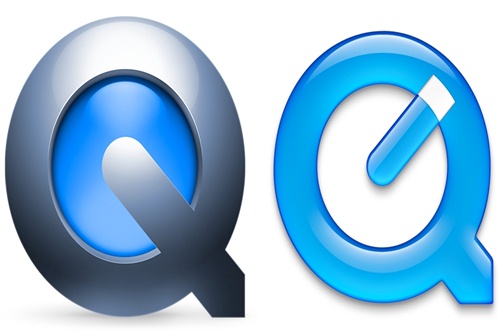 Most people already use QuickTime Player if they want to play a video on their Mac or Windows PC. However, there is a lot more that you can do with QuickTime Player on Mac. The big thing is that it can record. You can record audio and video using either the built-in camera or microphone or with external ones. Even better, you can record both the screen of your Mac and your iOS device with audio at the same time as well. That is a big feature which people have been struggling to do for years and now you can do it completely legally and completely free. Not bad for a built-in program is it? 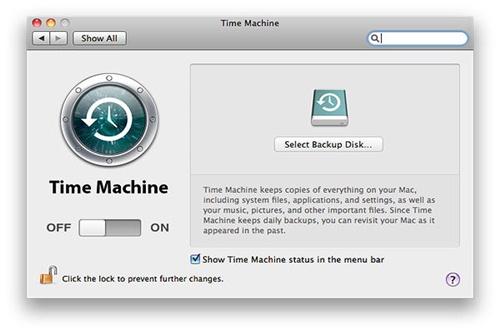 This allows you to back-up all of your files and settings to a Time Capsule or any other Time Machine supported external wireless storage. It automatically backs-up any file that you update in the background to the Time Capsule but it makes sure that the Time Capsule keeps all versions of a document so you can choose a specific version to restore a file from. The best thing about this app is the fact that it is really easy to use and how it integrates very well with the whole operating system. For example, if you ever wiped your Mac or got a new one, you can very easily point to a backup on the Time Machine and it will very quickly restore your Mac to a mirror image of the state that it was in a couple of hours ago. Another useful list for you – 10 Best iOS 7 Apps That Look Great on Device. 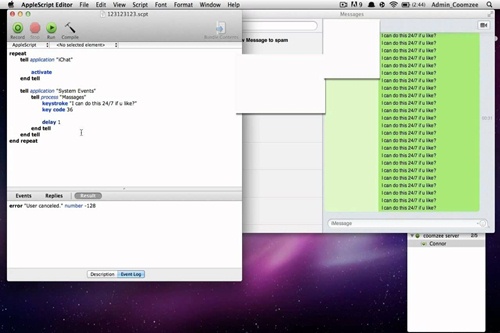 Every single thing on Mac OS X can be operated in two ways. They can either be operated by the keyboard and trackpad or by something called AppleScript. AppleScript is a very simple and easy scripting language which can be used to automate time consuming tasks on your Mac. Many of you will be quite intimidated by AppleScript, but is what we call a very high level scripting language. The means that it is incredibly close to human language so it is very easy to understand. For example, this following line of code just gets the name of the open Finder window that was last used i.e. Document or Desktop – ‘tell application “Finder” to get the name of front Finder window’.

In case it isn’t obvious yet, Script Editor is a program which is among the best Mac OS X apps and which you can use to create and run AppleScripts or if you prefer JavaScript. You could use many other programs to create an AppleScript but there probably aren’t many programs which can run them. 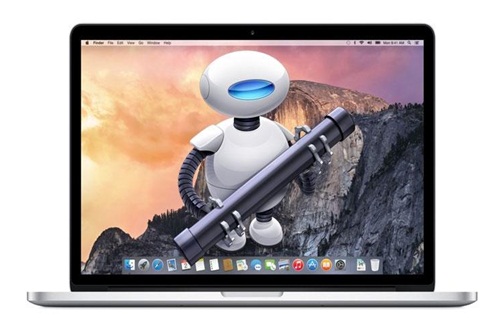 Automator allows you to create thing called workflows which are similar to AppleScripts. However the difference between an Automator workflow and an AppleScript is that AppleScripts require you to open Script Editor and to run the script in that but workflows can be run when an action triggers it e.g. an item in the secondary click menu. This means that not only can you use Automator to automate time consuming tasks like AppleScript does, but you can also use Automator to customise your version of the operating system.

However, another benefit of Automator is that instead of having to code the workflows (which you can still choose to do if you want), you can create them by using a drag and drop interface and because there are so many actions to put together and because there is support for third party apps, it means that you can create just about anything with Automator. This pne ranks thrid in our list of best Mac OS X apps. 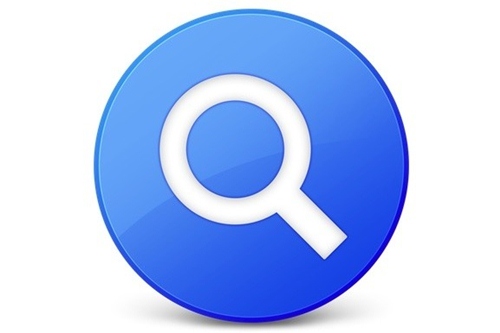 After Apple revamped it in OS X Yosemite, Spotlight Search has been the most useful feature on the Mac, one of the best Mac OS X apps but the tragic thing is that most people just ignore it as they think it is just a big faff. However, after you start to get used to it though, Spotlight becomes a much quicker way to boot up apps and documents, to find the definition of a word, to find a certain iMessage or E-mail, to find a contact, to find news about a specific topic, to find a place in maps, to find an event in a calendar or to search the web. Spotlight Search becomes especially quick if you turn on the keyboard shortcut for it in settings (⌘Space).

In case you are a great fan of mobile video game, check this out – Top 10 Collectible RPGs for Android and iOS.