Hurricanes are threatening the U.S. as long as anyone will remember, however the financial damages the storms have caused has augmented in recent years.The devastation from Hurricane Sandy — later named a “Superstorm” — rang in at $68 billion, leaving 286 people dead and more than 6 million homeless.

Below is a list of ten most destructive hurricanes in U.S. history. The hurricanes on the list depict the severity of the damage the system has caused. 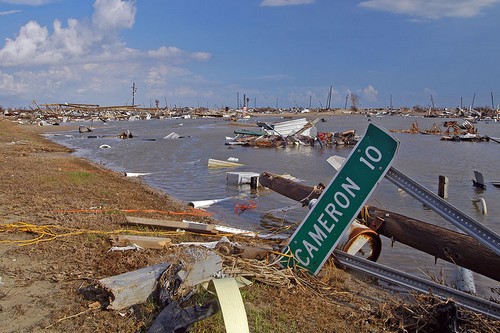 The most intense Atlantic hurricane ever recorded and the most intense tropical cyclone ever observed in the Gulf of Mexico. Hurricane Rita on September 20, at its peak intensity, attained 180 mph (285 km/h) winds. Coming so soon after Hurricane Katrina, Rita is often forgotten, but it caused $11.8 billion in damages and 120 deaths in four U.S. states. 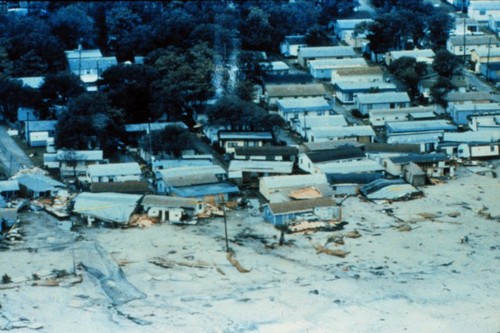 Hurricane Hugo was a rare but powerful Cape Verde-type hurricane that caused widespread damage and loss of life in the Leeward Islands, Puerto Rico, and the Southeast United States. The massively powerful Hugo had winds up to 135 mph, and caused $12.7 billion in damages, and killed more than 100 people. 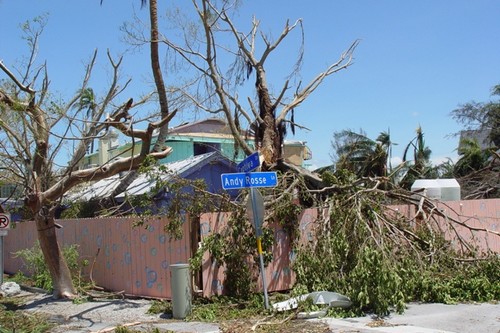 It was the second major hurricane of the 2004 Atlantic hurricane season. Charley lasted from August 9 to August 15, and at its peak intensity it attained 150 mph (240 km/h) winds, making it a strong Category 4 hurricane on the Saffir-Simpson Hurricane Scale. The storm made landfall in southwestern Florida at maximum strength, thus making it the strongest hurricane to hit the United States since Hurricane Andrew struck Florida twelve years before, in 1992. It caused nearly $16 billion in damages, and killed 15 people directly. 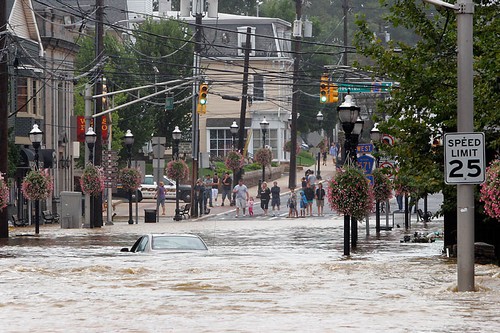 The first major hurricane of the 2011 Atlantic hurricane season, ranked as the 7th-costliest hurricane in United States history. Hurricane Irene was a large and destructive tropical cyclone, which affected much of the Caribbean and East Coast of the United States during late August 2011. It caused widespread destruction and at least 56 deaths and $16.6 billion in damage. 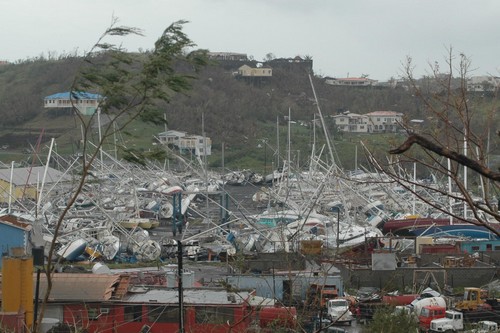 It was a large, long-lived, Cape Verde-type hurricane that caused widespread damage in the Caribbean and United States. The more powerful storm in the great hurricane year of 2004, Ivan killed over 100 people and caused an estimated US$18 billion in damages to the United States. It was the fifth costliest hurricane ever to strike the country. 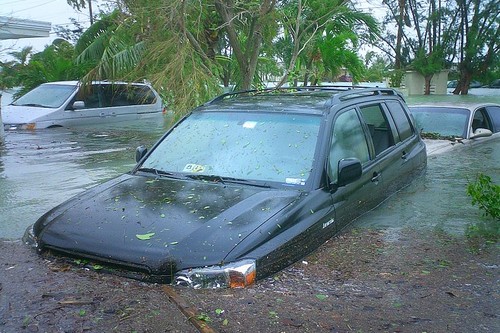 It was the most intense tropical cyclone ever recorded in the Atlantic basin, and second-most destructive hurricane of the record-breaking 2005 season. An unusually late storm that came after Hurricane Katrina, Wilma made several landfalls, with the most destructive effects felt in the Yucatán Peninsula of Mexico, Cuba, and the US state of Florida. At least 62 deaths were reported, and damage is estimated at $29.1 billion, $20.6 billion of which occurred in the United States alone. It was the most powerful storm ever in the Atlantic. 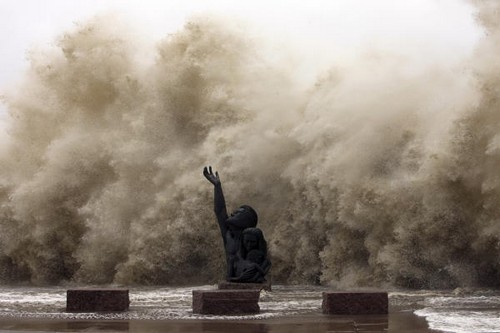 The third-costliest hurricane ever to make landfall in the United States, Hurricane Ike was the ninth named storm, fifth hurricane, and third major hurricane of the 2008 Atlantic hurricane season. Ike was blamed for at least 195 deaths. Due to its immense size, Ike caused devastation from the Louisiana coastline all the way to the Kenedy County region near Corpus Christi, Texas. Ike caused flooding and significant damage along the Mississippi coastline and the Florida Panhandle. Damages from Ike in U.S. coastal and inland areas are estimated at $29.5 billion, with additional damage of $7.3 billion in Cuba, $200 million in the Bahamas, and $500 million in the Turks and Caicos, amounting to a total of at least $37.5 billion in damage. 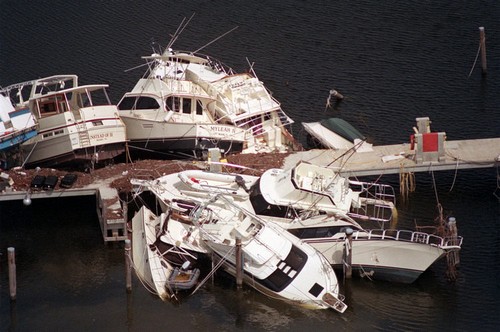 Hurricane Andrew was, at the time of its occurrence in August 1992, the costliest hurricane in United States history. Andrew blew through Florida, causing an astounding $45 billion in damages, and killed over 65 people. 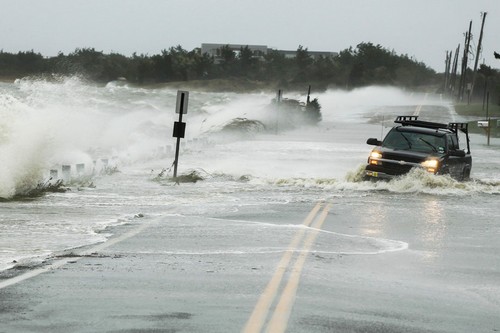 Superstorm Sandy is the second most destructive hurricane in United States history. Classified as the eighteenth named storm, tenth hurricane and second major hurricane of the year 2012. Sandy was a Category 3 storm at its peak intensity when it made landfall in Cuba. While it was a Category 2 storm off the coast of the Northeastern United States, the storm became the largest Atlantic hurricane on record (as measured by diameter, with winds spanning 1,100 miles (1,800 km)). Superstorm Sandy causing more than $68 billion in damages, a total surpassed only by Hurricane Katrina. At least 286 people were killed along the path of the storm in seven countries.

One of the deadliest and most destructive hurricanes in the history of United States. Among recorded Atlantic hurricanes, it was the sixth strongest overall. Katrina remains the storm on which all others are judged, causing more than $125 billion in damages. At least 2,000 people died in the hurricane and subsequent floods, making it the deadliest U.S. hurricane since the 1928 Okeechobee hurricane, and millions were affected.