Natural disasters are sudden events that trigger widespread destruction, plenty of collateral loss or damage of life, brought about by forces apart from the acts associated with human beings. A natural disaster may be caused by earthquakes, volcanic eruption, flooding, landslide, hurricanes, etc.

The planet is in an invariable state of flux, focus to tremendous stresses that may cause serious effects. When most events take place without any perceptible effects, some of them can wreak serious havoc on individual and property. Top 10 Worst Natural Disasters of 21st Century, are as follows: 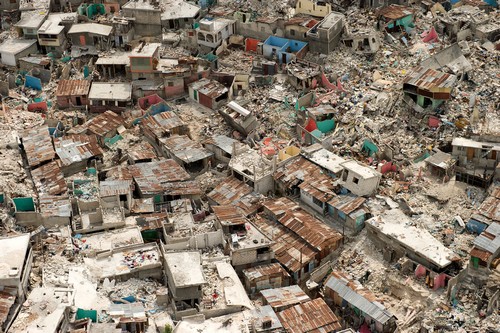 On January 12, 2010, the earthquake that struck Haiti, had a magnitude of 7.0 at 16:53 local time (21: 53 UTC). The earthquake’s epicenter was positioned close to Leogane. Even though death toll was lower than almost every other earthquake disasters significantly, the resulting damage to property and person makes this probably the most devastating disasters in the 21st century.

Around three million individuals were affected by the particular earthquake. Death toll estimates range from 100,000 to about 160,000 to Haitian government statistics from 220,000 to 316,000 which have characterized as deliberately inflated by the Haitian authorities widely. The federal government of Haiti calculated that 250, 000 homes and 30, 000 business centers had collapsed or were damaged severely. Moreover, this earthquake is considered as one of the Worst Natural Disasters in the history of world. 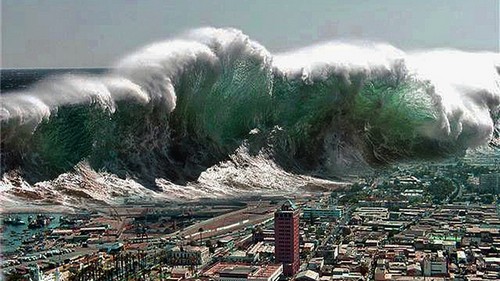 Probably one of the Deadliest Earthquakes of magnitude 9 MW followed by the deadliest Tsunami resulted on December 26 in the Indian Ocean close to Indonesia in 00: 53 UTC. Earthquake ejected energy equal to 23,000 atom bombs as fired on Hiroshima. The epicenter was beneath the ocean on the planet, and it aggressively shakes the particular ocean that leads into destructive waves which were up to meters high. It’s estimated that the particular tsunami triggered the deaths more than 230,000 individuals in 14 countries.

It was one the Worst Natural Disasters in the recorded history. Indonesia has been the hardest-hit nation, accompanied by Sri Lanka, Thailand, and India. It were the third-largest earthquake documented on a seismograph and had the longest period of faulting ever observed, between 8.3 plus 10 minutes. 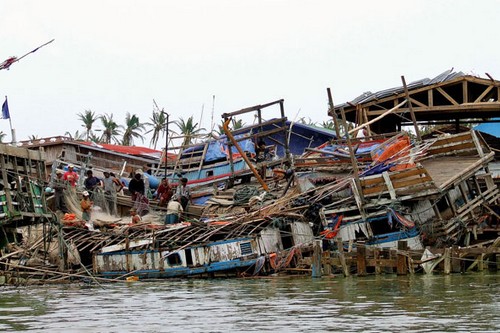 Cyclone Nargis was one of the deadliest, worst natural disasters in the history of Myanmar during early May 2008. On Friday the cyclone produced landfall in Myanmar, 2 May 2008, delivering a storm rush 40 kilometers up the thickly populated Irrawaddy delta, leading to devastating destruction plus at least 138,000 deaths. The Labutta Township alone was documented to have 80,500 dead, with regarding 10, 000 more deaths in Bogale.

There had been around 55, 000 individuals missing plus many other deaths were found in other towns and regions. Even though Myanmar government’s official death toll might have been under- documented, and there were accusations that authorities halted updating the particular death toll right after 138,000 to reduce political fallout. Nargis was the initial tropical cyclone to hit the United States since Cyclone Mala produced landfall in 2006, which was stronger slightly, but had a lower impact significantly. 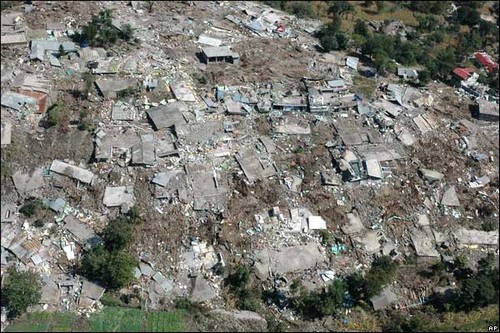 The particular 2005 Kashmir Earthquake took place at 08:50:39 PST on 8 October within the Pakistani region of Azad Kashmir. It had been centered near the town of Muzaffarabad plus impacted in the Khyber Pakhtunkhwa province of Pakistan and in the Jammu and Kashmir area of Indian state. It registered a short moment degree of 7.6 and had an optimum Mercalli intensity of 8 (Severe).

The earthquake furthermore affected countries within the surrounding area exactly where tremors were felt in Afghanistan, Tajikistan plus Chinese Xinjiang. The cruelty of the damage due to the earthquake is related to serious up thrust. According to authorities of Pakistan’s Figures 100, 000 individuals died and more than 70, 000 injured and 4 million individuals became homeless. It is regarded as the Worst Natural Disasters ever occurred in the region. 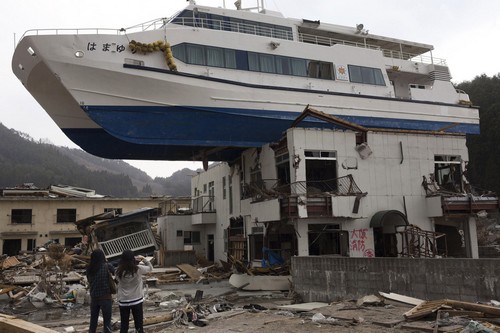 Tohoku Earthquake hit a magnitude 9.0 on 11 March 2011 in Japan at 14: 46 local time (05:46 UTC). Epicenter had been at 70 kilometers east of Tohoku coastline, and underwater depth was about 30Km. The earthquake was followed by the particular Tsunami that triggers waves of height up to 40 meters. By Japan’s National Law Enforcement Company 15, 889 deaths had been verified. Nearly 6,152 individuals were injured plus more than 2,600 had been missing.

An incredible number of buildings were collapsed completely. It had been probably the most effective earthquake recorded to have hit Japan, and the fourth most prevailing earthquake in the global world since modern record-keeping began in 1900. The tsunami triggered nuclear accidents, mainly the level 7 meltdowns at three reactors in the Fukushima Daiichi Nuclear Power Plant complex, and the connected expulsion zones affecting thousands of residents. 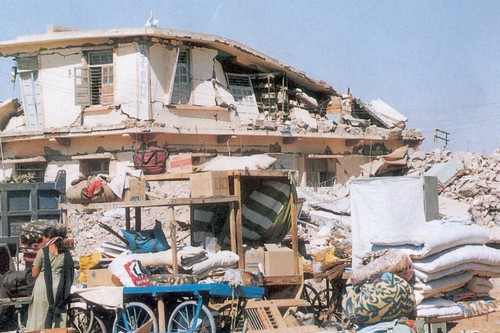 Gujarat earthquake of a degree between 7.6 and 7.7 occurred early in the morning on the 26th January in 2001 (about 3: 30 AM on local time). The earthquake lasted more than 2 minutes. Nearly around 19, 727 individuals were killed plus 167,000 had been injured. The destruction of property and homes was huge with approximately 400, 000 homes converted into rubble completely.

A lot of historic locations and tourist spots were destroyed also. The entire property damage was approximated to be about $5.5 billion dollars. Around 600, 500 individuals became destitute in 21 districts that had been affected because of the shock waves that pass on for approximately seven hundred km. This earthquake is also impacted some regions of Bangladesh, and around 20,500 individuals were killed in the organic disaster. 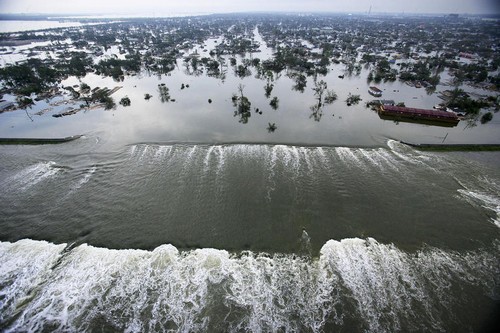 Normally it was a category four storm. It hit the state Florida plus some of the most damaged towns were Mississippi, New Orleans, Gulfport, and Biloxi. Approximately 1833 individuals were passed away within the Hurricane further accompanied by floods. Katrina triggered severe destruction across the Gulf coastline through main Florida to Texas, a lot of it because of the storm rush and levee failure. This particular organic disaster causes more than 100 billion dollars property damage. 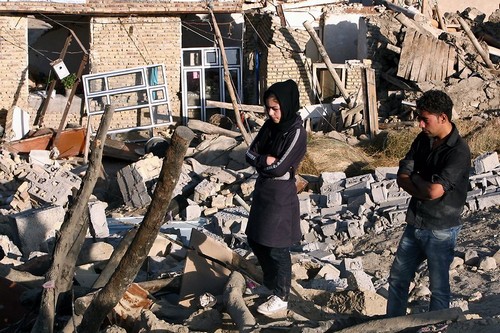 2003 was a bad year in the history of Iran. A terrible earthquake hit this country, and approximately 40,500 people died. The earthquake struck at earlier hours of 5:46 AM local time on December 26, 2003, in Bam and encircling Kerman province of southeastern Iran. The particular earthquake is approximated to be 6.6 degrees based on the USA Geological Survey, causing 26, 271 deaths plus around 30,000 injured. However, some estimates furthermore approximate the death toll to become around 43, 000. The devastation had been heightened through mud brick because a typical medium of construction which failed to adhere to the earthquake regulations occur in 1989 in Iran. Moreover, this earthquake is considered as one of the Worst Natural Disasters in the history of Iran. 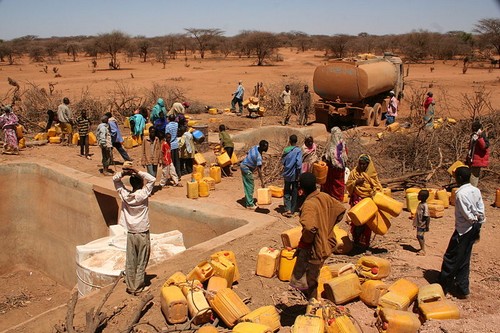 A serious drought affected the total East African region during July 2011 to June 2012. It was reported to be “the most severe in 60 years, the drought triggered a severe food crisis across Somalia, Djibouti, Kenya and Ethiopia that threatened the livelihood of 9.5 million people. Numerous refugees from southern Somalia fled to neighboring Ethiopia and Kenya, where crowded, unsanitary conditions with severe malnutrition resulted in a lot of deaths together.

Other nations inside East Africa, like Sudan, South Sudan as well as parts of Uganda, were also suffering from a food crisis. On 20 July, the UN formally declared famine in two areas in the southern section of the nation (IPC Phase 5), the first time the famine had been announced in the region by the United Nations in almost 30 years. 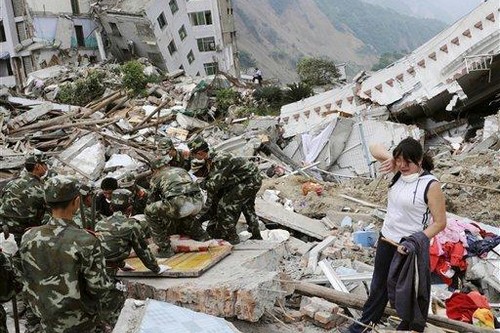 A large earthquake hit the Sichuan area of China in 2008. Additionally, it is recognized as the Great Sichuan Earthquake, calculated at 8.0 degree plus hit at 14:28 local time on the 12th May 2008, in the Sichuan State of China that killed around 69,197 people based on the official figures.

It left about 374,176 individuals injured, 18,222 had been outlined as missing, plus some 4.8 million individuals became homeless, where in fact the numbers could even go up to 11 million by some reports. It is stated to the deadliest earthquake in China as the 1976 Tanghan earthquake, where about 240,000 individuals died and is reported to be the 21 deadliest in world documented history.

Finally, the Worst Natural Disasters strike ever year on every continent. It may be a flood, hurricane, tornado, or perhaps a whole set of natural disasters. Nobody thinks it’ll happen to them, but if it occurs to you and your family members. Do you have any idea how to survive? It is a big query, and the solution could mean the distinction between life and death. During a disaster, four things you should be considered: mobility, food, water plus shelter. Depending on government agencies have proven to be sluggish to non-existent. So, self-reliant tends to be the key to any disaster.