Public squares are regarded as landmarks in most of the major cities around the world. Many of them have witnessed events that has changed the course of history. Or even made history. Some of the squares have been around for centuries. Here is the list of top 10 most famous city squares in the world: 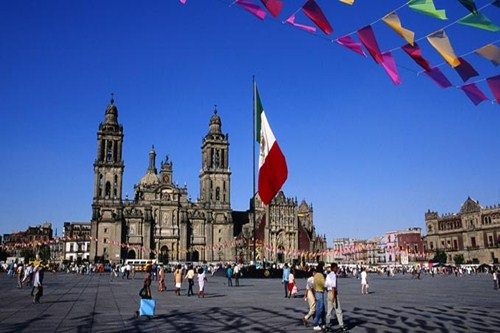 Plaza de la Constitucion, commonly known as Zocalo, is the symbol of Mexican culture. The place traces its history back to the time of Aztecs. One of the largest squares in the world, it is surrounded by a number of buildings with historical and architectural importance, such as the Metropolitan Cathedral and the National Palace. A huge Mexican flag occupies the center of the square, which is ceremoniously raised and lowered each day. The square is often used venue for many public events. 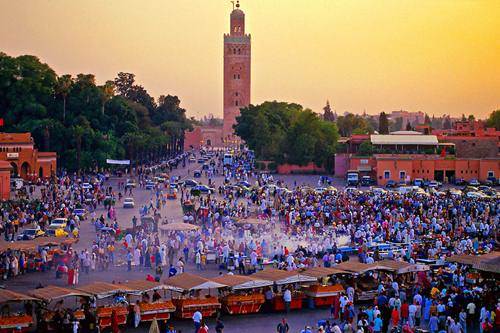 Djemaa el Fna in Moroccan city of Marrakesh is arguably one of the most famous city squares in the African continent. It has a long history, tracing back to 12th century. One can witness a microcosm of the native culture there. The square is crowded throughout the day. Djemaa el Fna also acts as a marketplace. Street magicians, snake charmers, traditional medical practitioners, dancers and sellers of local products gather at the square during the day, showcasing a wonderful visual. 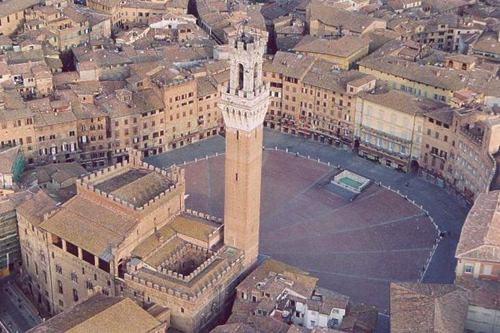 Piazza del Campo is located in the historic Italian town of Siena. It was built in medieval times, and is shell-shaped. It is regarded as one of the most beautiful city squares in the world. Various classical buildings border the square, such as the Town Hall and the tower Torre del Mangia. Its northwest edge is occupied by the magnificent Fountain of the World. The square hosts a horse race twice a year, Palio di Siena, in which the riders circle the square three times. The Piazza del Campo came at number six in the list of famous city squares. 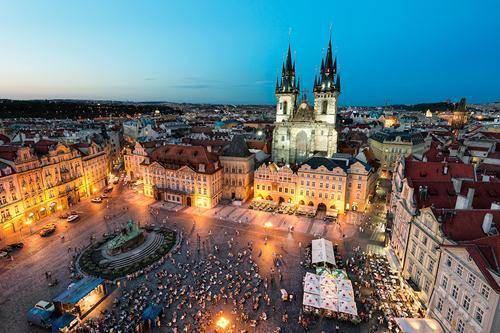 The cultural icon of Czech capital Prague, the Old Town square is located between the Charles Bridge and the Wenceslas Square. It is surrounded by various buildings like Týn Cathedral, Old Town Hall and Saint Nicholas Church. Prague Orloj, located on the Town Hall, is the oldest astronomical clock in existence, having been installed in 1410. The center of the square is occupied by the statue of religious reformer Jan Hus. 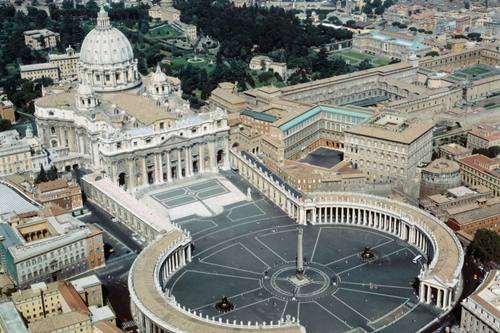 Located directly in front of the famed St. Peter’s Basilica in Vatican City, St. Peter’s Square is an ellipse in shape. It was designed by Gian Lorenzo Bernini. Its centre is occupied by an Egyptian obelisk, installed in 1586 under the direction of Pope Sixtus V. The square is dominated by the massive Tuscan colonnades, four columns deep. The square, undoubtedly regarded as one of the most famous city squares in human history, is where believers gather to seek the blessings of the Pope. 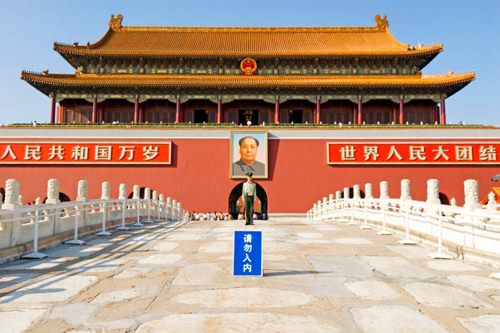 The Tiananmen Square in the Chinese capital is one of the largest and most famous city squares in the world. Named after the gate which separates it from the Forbidden City, the square is bordered by government buildings and various monuments, including the Mausoleum of Mao Zedong and the National Museum of China. Many historical events have taken place at the square, like the founding of People’s Republic of China. In 1989, it became the venue for protests against government by a group of civilians. The government responded aggressively and it resulted in a massacre of hundreds of people. 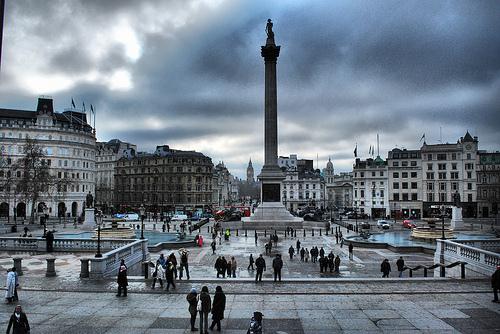 The Trafalgar Square is a landmark of London. Located in the city of Westminster, it was built to commemorate the victory of Lord Horatio Nelson against the navy of Napoleon in the Battle of Trafalgar in 1805. The centre of the square is occupied by a large statue of Nelson, surrounded by four big lion statues and a series of fountains. Statues of various other famous people adorn the place as well. The National Gallery and St. Martin-in-the-Fields Church is located in the proximity of the square. 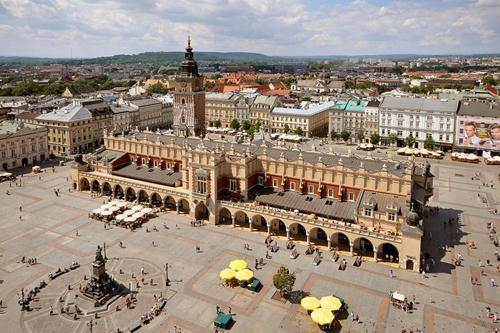 At number three of the most famous squares is the Main Market Square or Rynek Glowny in the Old Town in Krakow. It was voted as the best city square by the Project for Public Spaces in 2005. This medieval square was built in 13th century, making it one of the oldest squares in existence. The pedestrians can reach the square through 13 different routes. The square is surrounded by beautiful townhouses and is occupied by buildings such as Cloth Hall, Adam Mickiewicz Monument and St. Mary’s Basilica. It is the venue of numerous celebrations and festivities including famous Kraków szopka Festival. 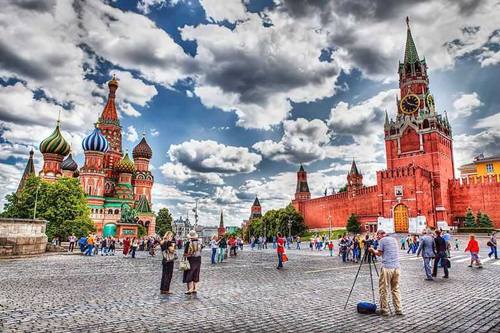 The Red Square is situated in the heart of Moscow, and is deeply linked with the city’s history and culture. This landmark of the Russian capital has witnessed many historical event. Bordering the square are the St. Basil’s Cathedral, the State History Museum, Lenin’s Mausoleum and the Kremlin, the official residence of Russian president. It was added to the list of UNESCO world heritage sites in 1990. 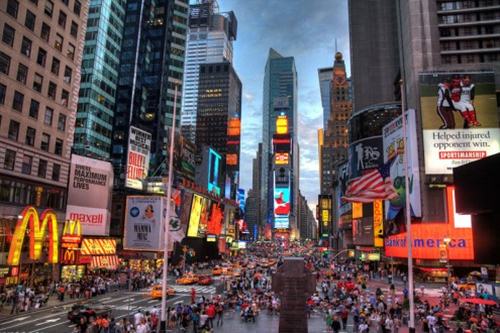 Often called the center of the universe, the Times Square in New York City is one of the most popular tourist attractions in the USA, drawing over fifty million visitors per year. It is located at the junction of Broadway and Seventh Avenue. The flashlights and the LED screens light up the square in night, offering an outstanding visual experience. The square is filled with restaurants and theaters. It is also famous for the New Year’s Eve ball drop that began in 1907.