There are several leaders in the history who influenced their people in vast numbers. History itself ranked them appropriately in a great way, while portraying Caligula and Nero in the worst way possible. The silent war between Vladimir Putin and Barack Obama for the place to the top as the most powerful person is now a recent sensation for the modern world. Even technology is no far away while trying to figure out the most influential people in the history. After a vast research with the help of an algorithm that ranks historical figures by Wikipedia PageRank, readership and the achievements, computer science professor Steven Skiena from Stony Brook University and Google software engineer Charles B. Ward published a book called “Who’s Bigger: Where Historical Figures Really Rank” . Many different European people also established themselves as the most powerful persons the history has ever seen. So here is the list of top 10 most influential leaders of Europe. 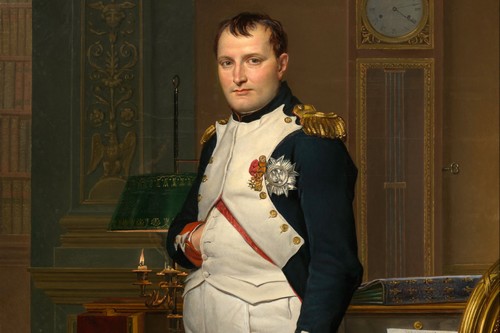 Emperor of the French, Napoleon Bonaparte, accomplished various liberal reforms across Europe, which include the spreading of religious tolerance and termination of feudalism. Numerous civil law jurisdictions of different countries were directly influenced by his Napoleonic Code and his war campaigns are still studied at military academies throughout the world. He was the pioneer of the French Revolution and won most of his Napoleonic Wars while seizing control of majority of the continental Europe. He established himself as the First Consul through a coup d’état in 1799 and became the French emperor in 1804. He started his first Italian campaign followed by Egyptian expeditions at a very early stage of his life. After winning various military expeditions worldwide with his huge battalion, he was finally defeated in June 1815 at the Battle of Waterloo. 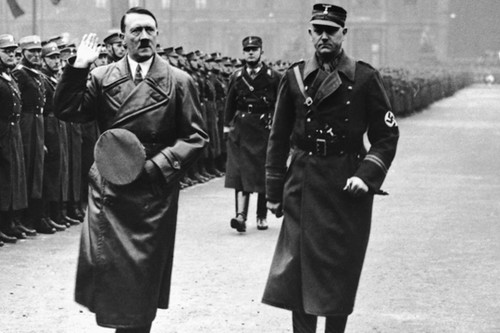 Founding father of the Nazi Party, Adolf Hitler, served as the chancellor of Germany from 1933 to 1945 and became the dictator of Nazi Germany in 1934. History will always remember him for his role in World War II and the Holocaust. After serving his duty as a veteran of World War I, he joined the German Workers’ Party in 1919 and became the sole leader of the party in 1921. After he failed in his Beer Hall Putsch, he was sentenced to five years’ imprisonment at Landsberg Prison during which he wrote Mein Kampf. He got the major political opportunity after his release in 1924 when Germany was suffering The Great Depression. After becoming the sole ruler of Nazi Germany, Hitler declared Britain as the main enemy and started preparing for the World War II in 1939. After a gruesome war in the World War II, he was finally defeated by the Red Army and the Western Allies in 1945. You may also like; amazing facts about Adolf Hitler. 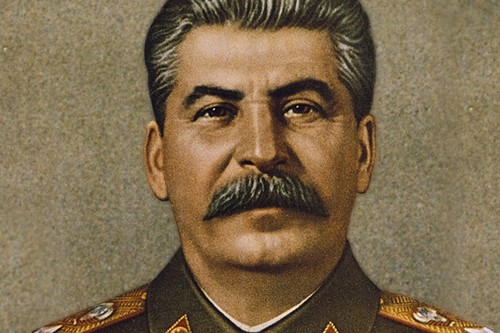 Leader of the Soviet Union, Joseph Stalin, dictated the concept of “socialism in one country” and replaced the New Economic Policy introduced by Lenin in the early 1920s. While establishing Russia as a major Industrial power, he declared imprisonment of millions of opposing people in correctional labor camps and deported many others to remote areas. Division of influence and territory within Eastern Europe between Führer and Stalin took place after he agreed to sign a non-aggression pact with Nazi Germany in August 1939. Germany later violated the pact and started a massive invasion of the Soviet Union in June 1941. After the destructive Battles of Moscow and Stalingrad, Soviet forces under Stalin’s command managed to halt the Nazi incursion but faced heavy territorial and human-power losses. His red army then captured Berlin after defeating the Axis powers on the Eastern Front in 1945. You may also like; 10 Most Cruel Rulers Ever in History. 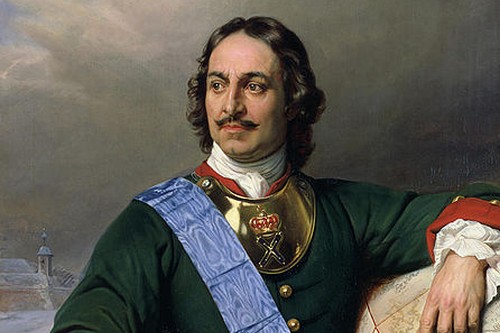 Tsardom of Russia’s ruler and Russian Emperor, Peter The Great, replaced many medieval social and political systems with modern and scientific system based on The Enlightenment in 17th century. He expanded the Tsardom of Russia into a much bigger empire through a vast number of successful wars and established his territory as the major European power. He ordered all the courtiers, state officials, and the military personals to shave their beards and adopt modern clothing styles as a part of his reformation. He officially founded the first Russian Navy base in history in September 1698 in Taganrog. After his defeat in Battle of Narva, Peter The Great later captured the Swedish province of Livonia. He occupied most of Finland after winning Battle of Gangut in 1714. After Great Northern War, he paid two million Riksdaler and surrendered most of Finland but retained some Finnish lands close to Saint Petersburg. Peter The Great officially became the Emperor of All Russia on 22 October 1721. 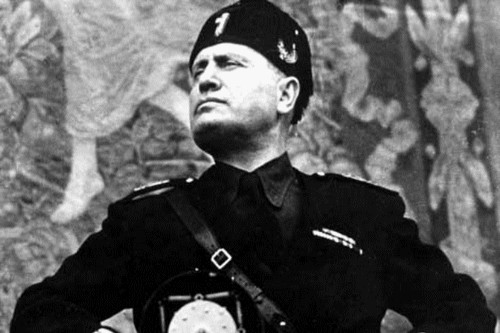 Leader and founder of the National Fascist Party, Benito Mussolini, served his duty as the Prime Minister of Italy from 1922 until his expulsion in 1943. After ruling constitutionally until 1925, he officially set up a legal dictatorship and dropped all forms of democracy in his country. Mussolini and his fascist followers achieved one-party dictatorship throughout the country by a series of laws and his secret police forces, followed by the destruction of all political opposition. After Germany invaded Poland on 1 September 1939 and started the World War II, Mussolini supported the Führer while believing Italy could gain territorial access of France so that he could start the offensive invasion in Egypt with his military force. He was defeated in the vote of Grand Council of Fascism after Allied invasion of Italy and arrested by King Victor Emmanuel III on 12 September 1943. 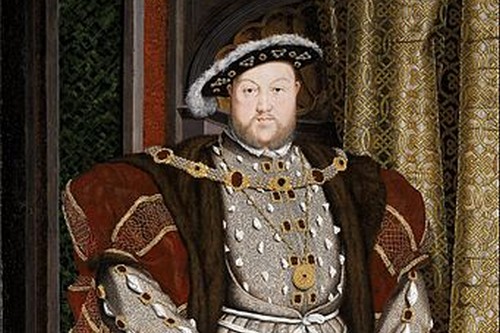 King of England and ruler of the Kingdom of France and Ireland, Henry VIII, was the successor of his father Henry VII and became the second monarch of the Tudor dynasty. He is widely acclaimed in history for his role in the separation between the Church of England and the Roman Catholic Church. After he successfully achieved the Dissolution of the Monasteries, he officially established himself as the Supreme Head of the Church of England in 1536. He officially granted the Laws in Wales Acts 1535 and 1542 and took control of the legal union of England and Wales. Henry VIII was also well-known for his six marriages and personal rivalry with both Habsburg monarch Emperor Charles V and Francis I of France. He is described in The Tudors: a Very Short Introduction as “one of the most charismatic rulers to sit on the English throne.” 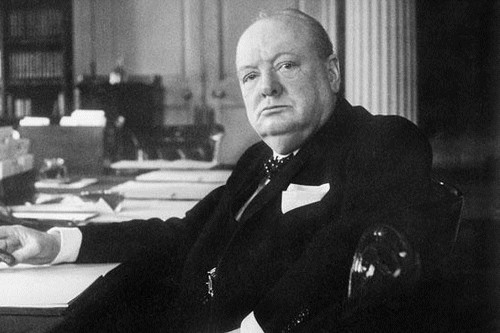 British politician Winston Churchill was considered as one of the most influential wartime leaders, and became the Prime Minister of the United Kingdom from 1940 to 1945 and again from 1951 to 1955. Churchill became Prime Minister for the first time after the resignation of Neville Chamberlain on 10 May 1940. Besides politics, he was also an officer in the British Army, a historian, a writer and a talented artist. Churchill is the only British Prime Minister to be awarded the Nobel Prize in 1953 in Literature. He is also the first person to be awarded the honorary citizenship of the United States. He led Britain to the victory over Nazi Germany as a Prime Minister. He was named the Greatest Briton of all time in a 2002 poll and also positioned in top place in the opinion polls of Prime Ministers of the United Kingdom. You may also like: 10 Most Important People of the 20th Century. 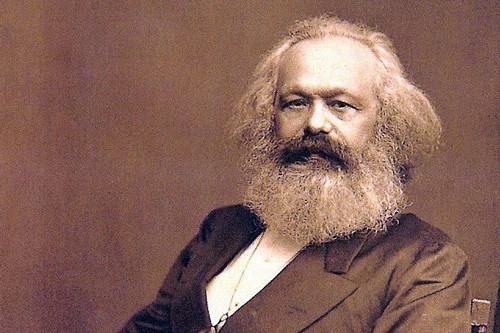 German philosopher, sociologist, economist, journalist, historian, and revolutionary socialist, Karl Marx, is one of the principal architects of modern social science. His views about politics, economics and society are collectively known as the Marxism. He is also widely honored for two of his genius books called The Communist Manifesto and Das Kapital. He constructed the basic ideas of Socialism because he believed capitalism produces internal tension which finally leads to its self-destruction. After working as a journalist in Cologne, Paris and London, he started socialism campaigning as a significant leader in the International Workingmen’s Association. Many governments which followed the principles of Marxism took control in many different countries in the 20th century such as the Soviet Union and the People’s Republic of China. 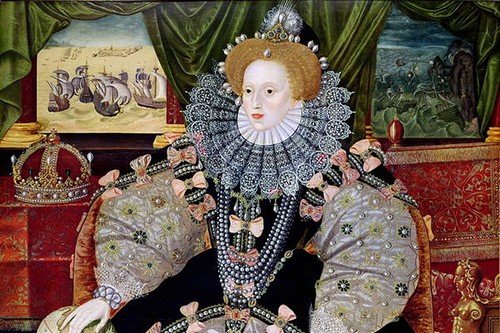 Queen of England and Ireland Queen Elizabeth I was the fifth and the last monarch of the Tudor dynasty. She is widely considered as one of the most influential queens of Europe for her contribution towards the establishment of modern Europe. Her reign is known as the Elizabethan era, studded with some most famous persons of the history such as William Shakespeare, Christopher Marlowe and English adventurer Francis Drake. She ruled her large territory with the help of her most trusted advisors which consisted of William Cecil and Baron Burghley. The Elizabethan Religious Settlement confirmed Elizabeth as Supreme Governor of the Church of England and allowed priests to marry, and also banned images from churches. She led her relatively tolerant government with the motto of “video et taceo” which stands for “I see, and say nothing.” She also led the greatest military victories in English history against the Spanish Armada in 1588. 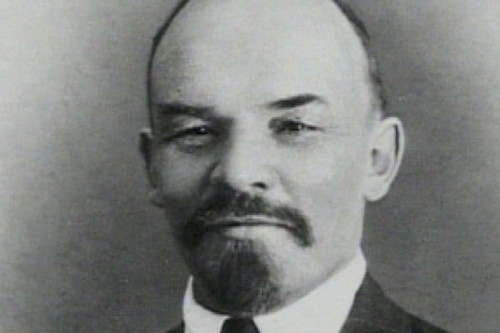 Russian revolutionary communist politician and theorist, Vladimir Lenin, was the leader of the Russian Soviet Federative Socialist Republic and also served his duty as the Premier of the Soviet Union from 1922 until his death. Russian Empire was recreated as the Soviet Union under his administration. He followed the ideas of Marxism throughout his life and nationalized all wealth of the Soviet Union which includes lands, industries and businesses. His own theoretical contributions to Marxism are known as the Leninism. He was one of the main leaders of the October Revolution in 1917 which demolished the ideas of Provisional Government and established the Russian Socialist Federative Soviet Republic. Lenin agreed to a treaty to establish immediate peace with the Central Powers and started the new world revolution. He was named as one of the 100 most important people of the 20th century by Time Magazine.

All of the leaders listed above secured their places as the most influential peoples of the era starting from the fifteenth century till the modern time. Their influences on masses had a vast impact and also created the ideas of modern societies. But if we count the dynastic era, there are two leaders who proved themselves as the most influential leaders of all time: Julius Caesar, who is considered as the greatest Roman emperor, and Alexander the Great, who doesn’t need any introductions.