A mosque is a place of worship and prayer. Mosques began on the Arabian peninsula, but today can be found on every majorly populated continent. Pakistan is a Muslim Country and is rich with Islamic culture and mosques. In Pakistan they are a big part of normal everyday life. A lot of mosques are really famous for their structure, architectural, and history. And even if one is not Muslim, one has to admit that many of these Mosques are rather beautiful buildings. Here is a list of 10 most famous Mosques in Pakistan, many of these will also be the most outstanding. 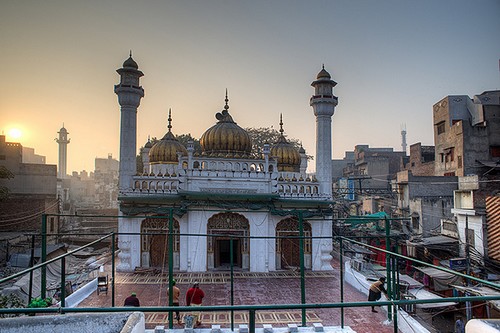 Suneri Masjid is another great example Mughal Empire’s beautiful architectural structures in sub-continent region. This beautiful, historical Masjid was created with golden tomb and minaret tops by Nawab Syed Bhikari Khan in 1735. He was serving Mughal Empire as the deputy governor of Lahore when this Masjid was constructed.

See also the list of World’s Most Beautiful and Famous Mosques! 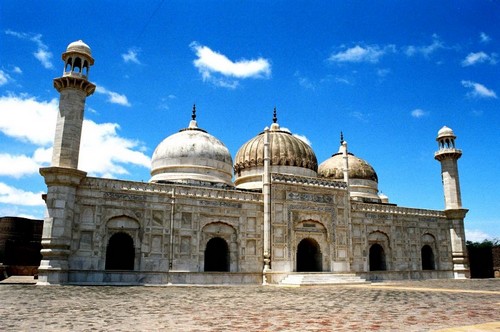 Moti Masjid (one of the “Pearl Mosques”) is a 17th century religious building located inside the Lahore Fort. It is a small, white marble structure built by Mughal emperor Shah Jahan, and is among his prominent extensions to the Lahore Fort Complex. 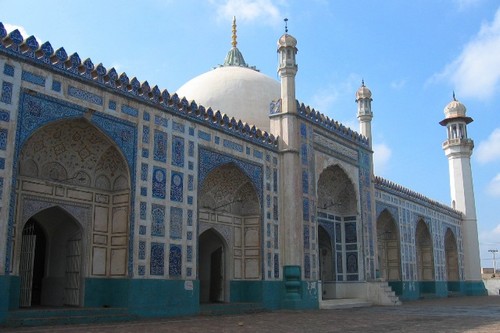 This grand mosque of Multan is located on the main Multan-Lahore highway in the Northeast of the city. It was built in 1735 AD by Nawab Abdul Samad Khan when he was the Mughal governor of Multan. It is very spacious, provided with a vast courtyard and a huge prayer chamber measuring 250 feet by 54 feet and crowned by seven domes. Its exterior was faced with glazed blue tiles and the interior was ornamented with colorful mosaics. 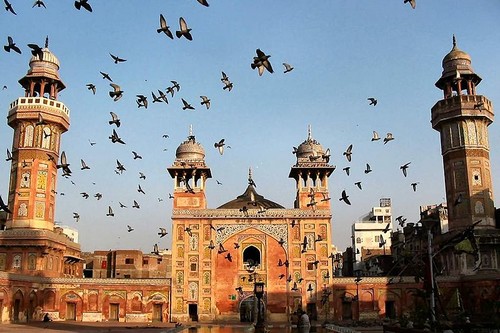 Located in Lahore, the mosque is famous for its extensive faience tile work. It has been described as ‘a mole on the cheek of Lahore’. It was built in seven years, starting around 1634–1635 AD, during the reign of the Mughal Emperor Shah Jehan. The mosque is inside the Inner City and is easiest accessed from Delhi Gate. The mosque contains some of the finest examples of Qashani tile work from the Mughal period. 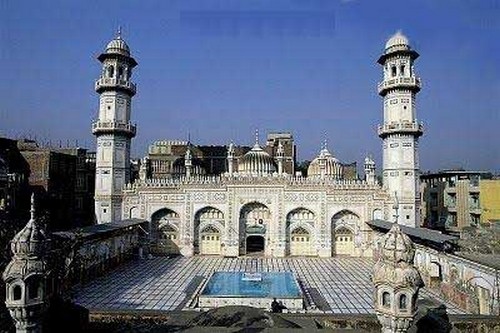 The Mahabat Khan Mosque is a 17th-century mosque in Peshawar. It is named after the Mughal governor of Peshawar Nawab Mahabat Khan who served under Emperors Shah Jehan and Aurangzeb. The Mosque was built in 1630. Its open courtyard has an ablution pool in the middle and a single row of rooms around the sides. The prayer hall occupies the west side flanked by two tall minarets. The interior of the prayer hall is sheltered beneath three low fluted domes and is lavishly and colorfully painted with floral and geometric designs. 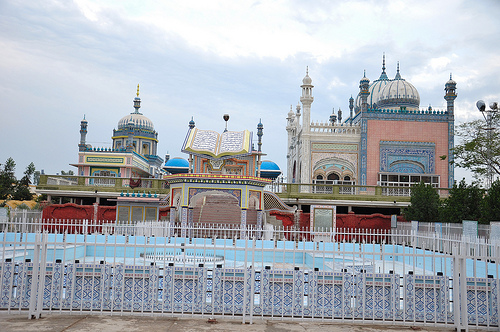 Bhong Masjid is located in the village of Bhong, Sadiqabad Tehsil, Rahim Yar Khan District, Southern Punjab Pakistan. It was designed and constructed over a period of nearly 50 years (1932–1982) and won the Aga Khan Award for Architecture in 1986 and Sitara-e-Imtiaz in 2004. The mosque is well-known for its exquisite design and architectural beauty with gold leaves carved for the intricate decorative patterns and the stylish calligraphic work. 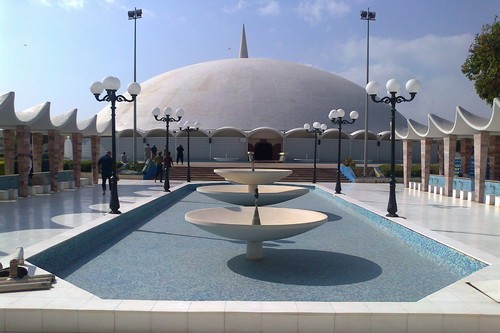 Masjid e Tooba or Tooba Mosque is located in Karachi, and is locally known as the Gol Masjid. It was built in 1969, and is often claimed to be the largest single-dome mosque in the world. The mosque is built with pure white marble. The dome is 72 meters (236 feet) in diameter and is balanced on a low surrounding wall with no central pillars. Masjid e Tooba has a single minaret standing 70 meters high. The mosque is the 18th largest in the world with the central prayer hall having a capacity of 5,000 people. It was designed by Pakistani architect Dr Babar Hamid Chauhan and the engineer was Zaheer Haider Naqvi. 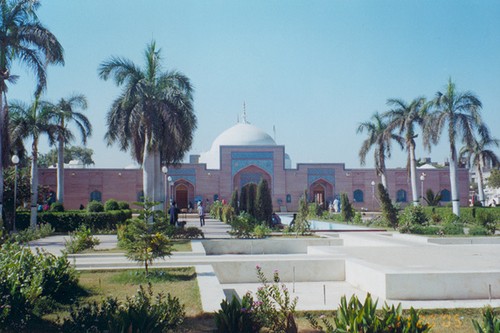 The Shah Jahan Mosque is located in Thatta, Sindh province, Pakistan. The mosque was built in 1647, during the reign of Mughal King Shah Jahan, as a gift to the people of Sindh for their hospitality. It is built with red bricks with blue coloured glaze tiles probably imported from the town of Haala, Sindh. The Mosque has a total of 93 domes. It was built keeping acoustics in mind. A person speaking on one end of the dome can be heard from the other end when the speech exceeds 100 decibel. 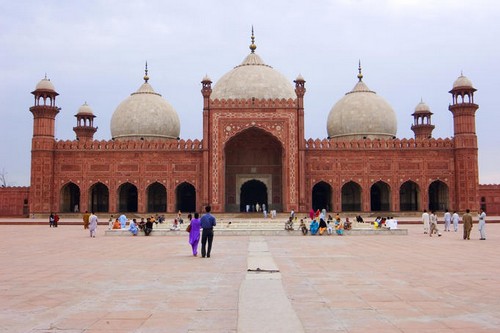 The Badshahi Mosque in Lahore, commissioned by the sixth Mughal Emperor Aurangzeb in 1671 and completed in 1673, is the second largest mosque in Pakistan and South Asia and the fifth largest mosque in the world. Epitomising the beauty, passion and grandeur of the Mughal era, it is Lahore’s most famous landmark and a major tourist attraction. 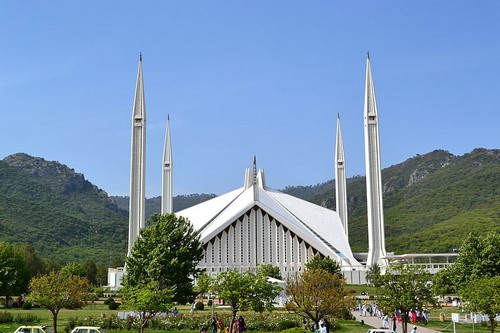 Located in the national capital city of Islamabad. The Faisal Mosque is the largest in South Asia and fourth largest in the world. The most famous mosques in Pakistan was designed by Turkish architect Vedat Dalokay to be shaped like a desert Bedouin’s tent, it completed in 1986. The Mosque is conceived as the National Mosque of Pakistan and named after the late King Faisal bin Abdul-Aziz of Saudi Arabia, who supported and financed the project. Unlike traditional masjid design, it lacks a dome. he minarets borrow their design from Turkish tradition and are thin and pencil like.