Even today, when democracy is the cry of the century, some countries still have royal families heading the state, though with considerably less political power. Unlike, in the past they, not just live luxurious lives but have to break sweat to appease their country folks who love them in return. The Kings and Queens of Europe are among the most popular ones and more than any political power, the royals are a symbol of their nations. Here we are going to list down men, women and children groomed for the purpose to sitting on the royal throne. The 10 future heirs to the European Thrones.

Note: this is in no particular order. 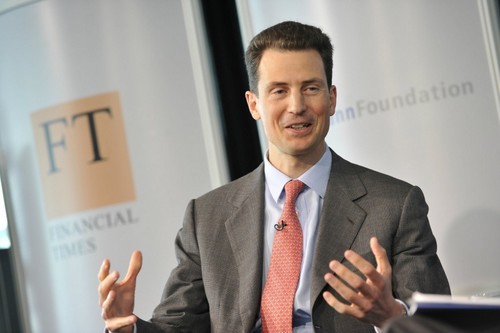 Mostly unknown, Liechtenstein is this small country wedged between Austria and Switzerland. At $89,400, Liechtenstein has the second-highest GDP per capita. Prince Hans-Adam II, who is the current ruler has his heir, Hereditary Prince Alois run the royal office. Alois has trained as an officer at the Royal Military Academy, Sandhurst, Great Britain. Since 2004 Alois has been serving as the national and international head of Liechtenstein but his official assumption of the throne is still pending. He is married to Duchess Sophie and has four kids. 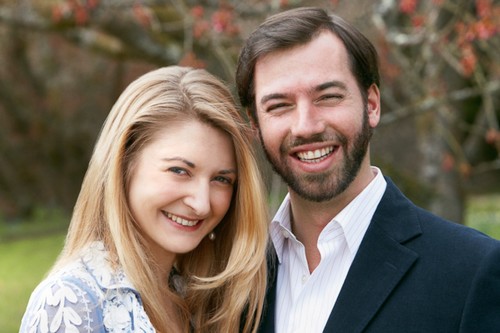 He was also an officer in his country’s military. Just like the popular, Dutch of Cambridge, Prince William, Guillaume is also know to have visited many countries (like Italy, South Korea, United States of America and Canada) to sell his motherland (not literally, though)! He has been actively pitching Luxembourg as an investment market. His father, Grand Duke Henri, now 59 years old had assumed the throne back in 2000. The Duke being sprightly and robust, Guillaume has years and years ahead of him before he takes up the mantle. 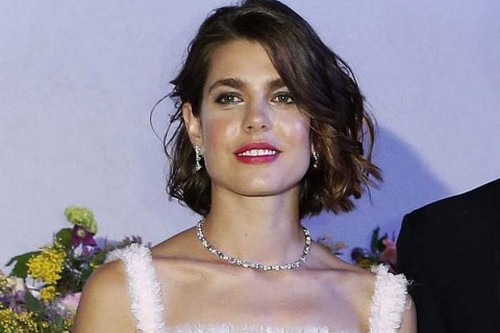 Caroline’s mother, Grace Kelly was Academy award winning American actress, a rising star who threw up everything at the age of 26 to marry the Prince of Morocco, Rainier. To tell the truth, Caroline is on a precarious position for though she is in line to be head of Monaco, things can very well change. If the current monarch Albert II, her brother has a legitimate child in the future, succession of the throne will automatically change course. As for now, Albert II has two children with women he has not married so Caroline is the next-head-to-be. 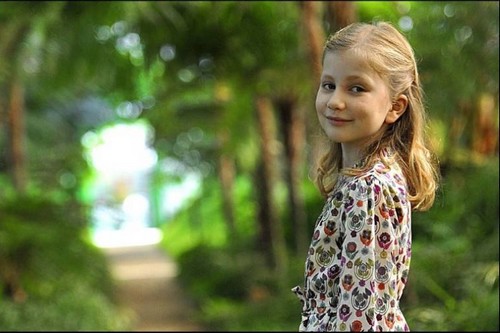 The current king of Belgium King Philippe, son of King Albert II was sworn in 2013. He is to be succeeded by his eldest daughter, Princess Elisabeth, Duchess of Brabant. She is only 12 years old but is already doing things that you usually see Catherine, Duchess of Cambridge (former Kate Middleton) do. Early grooming makes the best player, so at an early age of 9, Elisabeth made an opening speech at a children’s hospital. Knowing the media frenzy over monarchy, HuffPo did an entire article over the speech that said, “Ladies and Gentlemen, I am very happy that I can give my name to this new children’s hospital today. Together with you, I hope that many children will find help here. I know they can count on your daily commitment. The Princess Elisabeth Children’s Hospital now gets a special place in my heart.” 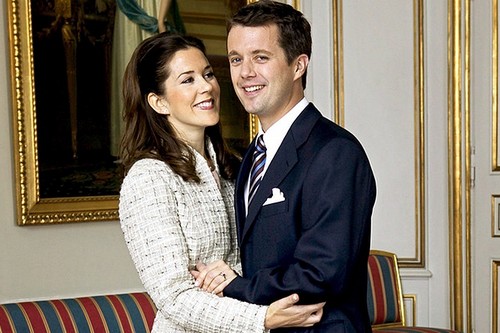 Queen Margrethe is the current Danish ruler who will soon be succeeded by his popular son Frederik. In the past, Frederik has serves as a Colonel in the Air Force and Army and is a naval Captain for the Danish military. He has an Australian wife, Mary, and together they have four children. The Danes love their Royals and are practically gaga over the Royal couple who had meet each other back in 2000 at the Sydney Olympic Games. Mary, has quiet skilfully learned all the tricks of being in the trade and had even mastered the Danish language, which needless to say, is difficult to learn. Following the announcement of their engagement, Mary had addressed Denmark in Danish.

5. Catharina-Amalia, Princess Of Orange (Kingdom Of The Netherlands) 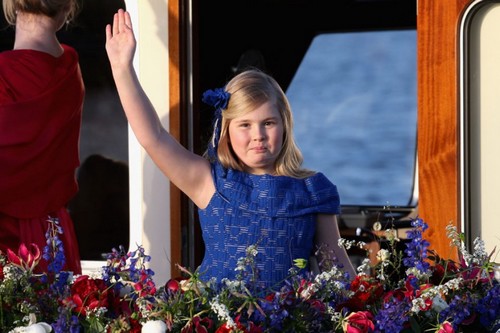 She was born in 2003 and along with her sisters, Amalia is being raised like a common kid, or at least, that is what the website Holland.com claims. It says that, “All three Dutch princesses go to a regular school like any other Dutch child. They attend a public school, the Openbare Bloemcampschool in Wassenaar.” Her father, King Willem Alexander assumed the role of the ruler of the country in 2013 and Amalia is the heir apparent to the throne of the Kingdom of the Netherlands (consisting of the countries Netherlands, Aruba, Curacao and Sint Maarten). 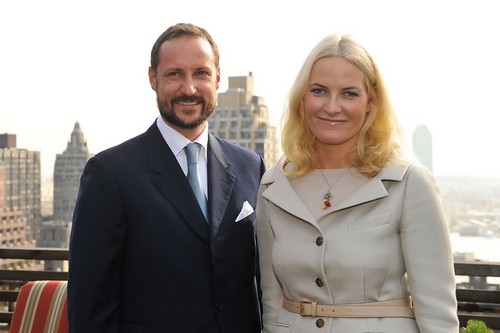 Haakon, Crown Prince of Norway, is probably the brainiest in the list with a BA in Political Science from the prestigious UC Berkeley and a MA in development studies from the prestigious London School of Economics. Haakon has been an active member of Young Global Leaders. He also co-founded “The Global Dignity Initiative.” And according to the website kongehuset.no, he “is the patron of a number of organisations, including the Norwegian International Film Festival, the Norwegian Association against Substance Abuse and the Stavanger Symphony Orchestra.” Haakon and his wife Mette-Marit Tjessem Høiby have three children together. 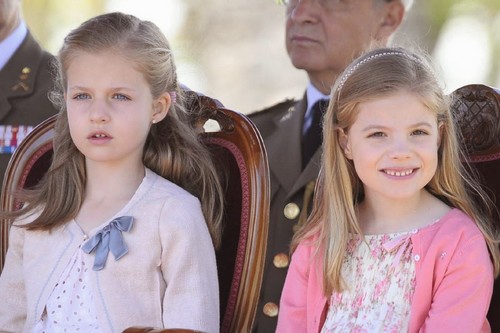 8 years-old Leonor is heir to the throne of her Father, King Felipe VI who became King after his father, King Juan Carlos, abdicated the throne only recently (19 June 2014). When younger, Leonor is said to have asked her parents as to “Why do people take so many pictures of us?” Believe me child, most common folk, including me, has a mind of asking the same question. Leonor studies in a private schools and once she turns 18 she’ll not only do the swearing but and will also be trained by the military to serve as commander in chief.

Interesting trivia: King Juan Carlos had once famously yelled at Venezuelan President Hugo Chavez saying, “Why don’t you shut up?” in 2007. 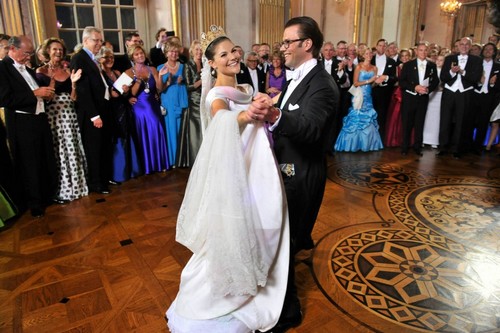 The House of Bernadotte, is the current ruling house of Sweden and is also the longest reigning family – dating back to 1763 – in the history of Sweden. The 68 years-old current head, Carl XVI Gustaf had assumed the throne in 1973 and his eldest daughter, Crown Princess Victoria is destined to become the ruler after him. She has pursued political science studies and is popular in the Swedish society. Victoria is noted for having close ties to the thrones of Denmark and Norway which may, in future, serve to develop economic associations among the countries. 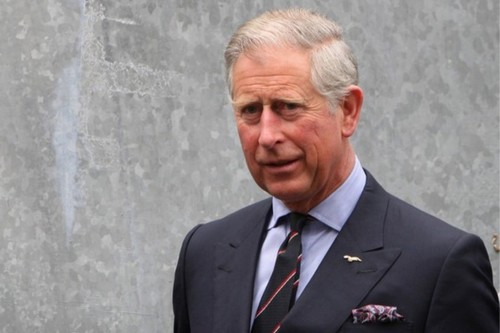 Presumably, the most widely-known monarch on this list, the 65 years-old Prince of Wales is still on the wait-list with his mother Queen Elizabeth, at the age of 88, still ruling the realm gloriously. His much speculated marriage to Lady Diana Spencer in 1981 and had ended with equal though bitter speculation in 1996. Like most other royals, Charles had also had a military career till 1976. At this age, he splits his time between philanthropy and royal duties. Now-a-days Charles has become less popular owing to the building popularity of his two sons, his daughter-in-law (who was once a commoner like you and me) and his grandson (and another expected grandchild).