This is a list of ten weird military cars produced up to 1918, including combat vehicles, armoured cars and armored trucks. Most of them were employed in the First World War – A global war centred in Europe that began on 28 July 1914 and lasted until 11 November 1918. 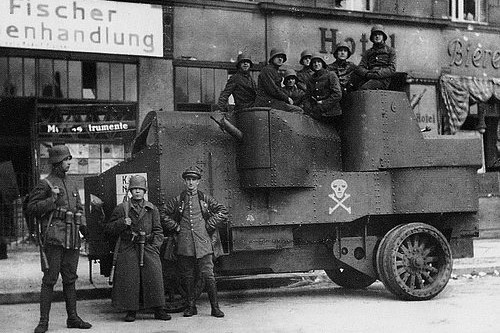 Garford-Putilov armoured cars were a type of armoured fighting vehicle produced in Russia during the First World War era. Although considered to be a rugged and reliable machine by its users, the Garford-Putilov was severely underpowered. With a total weight of about 11 tons, and only a 30 hp engine, the vehicles had a top speed of approximately 10–11 mph (16–18 km/h). The design was also overloaded (top-heavy), and therefore had very limited off-road capability. 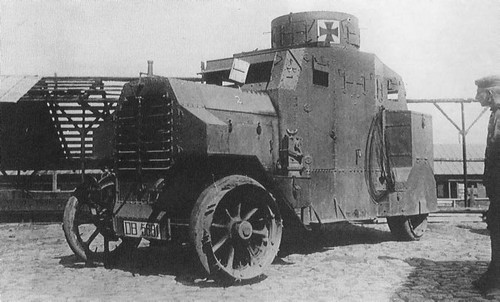 The E-V/4 Panzerkraftwagen Ehrhardt was one of the first examples of a type of high and flatsided armoured car design that the Germans used almost until the start of the Second World War for internal policing duties. It weighed nearly 9 tons, had a crew of eight or nine, and carried an armament of up to three machine-guns. 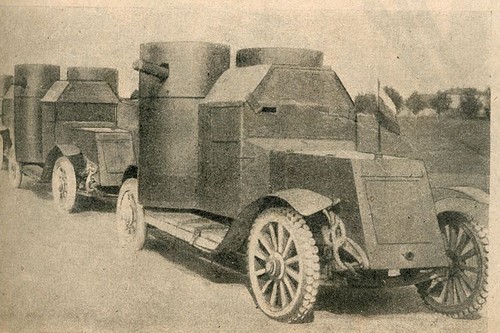 The Bussing A5P was an armoured car produced in Germany during World War I. The production of A5P began in 1916 and produced in limited numbers. Its power plant was Bussing’s successful 6-cylinder truck engines. It had a large steel armoured body and was crewed by 10 men. 6 of the crew operated three 7.92 mm machine guns, usually the MG 08 or MG 15 nA. Some vehicles even received two 20 mm cannon. The A5P served on the Eastern Front until 1917. 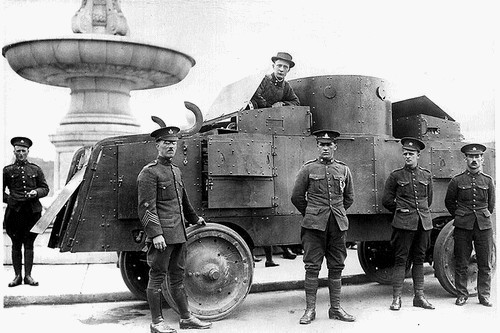 The Jeffery Armored Car was developed by the Thomas B. Jeffery Company in Kenosha, Wisconsin in 1915. The car No.1 was used in by General John Pershing’s 1916 Pancho Villa Expedition in Columbus, New Mexico for training. Pancho Villa was far into Mexico at that time and there are no records on its use in fighting. 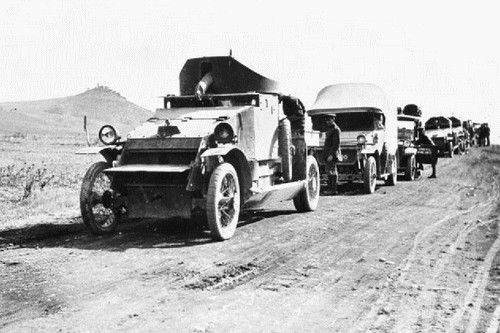 The Lanchester Armoured Car was a British armoured car produced during the First World War. In 1914, the Lanchester was the second most numerous armoured car in service after the Rolls-Royce. It was originally designed to support air bases and retrieve downed pilots. 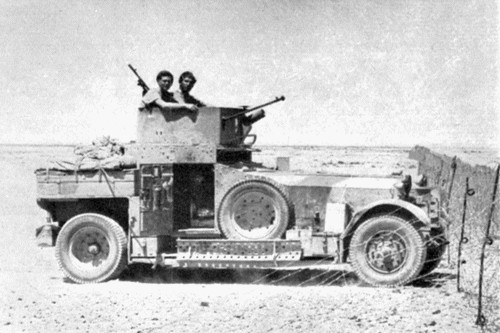 This British armoured car developed in 1914 and used in World War I and in the early part of World War II. Rolls-Royce, in the war served on several fronts of the Middle Eastern theatre. The vehicle was modernized in 1920 and in 1924, resulting in the Rolls-Royce 1920 Pattern and Rolls-Royce 1924 Pattern. In 1940, 34 vehicles which served in Egypt with the 11th Hussars regiment had the “old” turret replaced with an open-topped unit carrying a Boys anti-tank rifle, .303-inch Bren machine gun and smoke-grenade launchers. 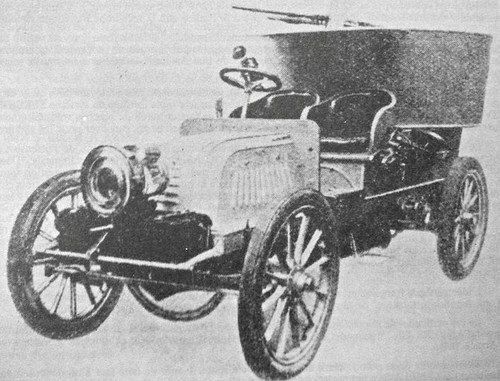 The Charron, Girardot et Voigt 1902 was a French armoured car, designed by the Georgian engineer Mikheil Nakashidze in 1902. It was equipped with a Hotchkiss machine gun, and with 7 mm armour for the gunner, with a road speed of 50km/hour. 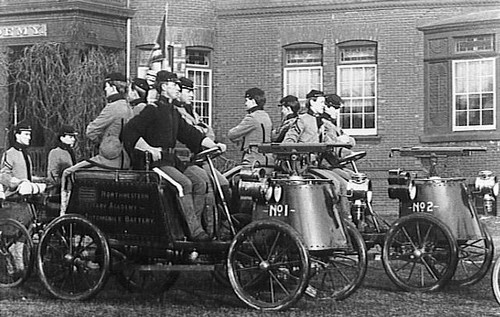 The Davidson Automobile Battery armored car was built by Royal Page Davidson and the cadets of the Northwestern Military and Naval Academy in Highland Park, Illinois. Davidson designed this vehicle in 1901. He and his students at the Northwestern Military and Naval Academy built two of these partially armored military vehicles. They were armed with Colt .30 caliber machine guns. The vehicles were powered by a tubular steam boiler. They had difficulty in going up hills because of changes of the water level in the boiler. Davidson made these lightly armored military vehicles of one thousand pounds at the Academy campus in Highland Park, Illinois. 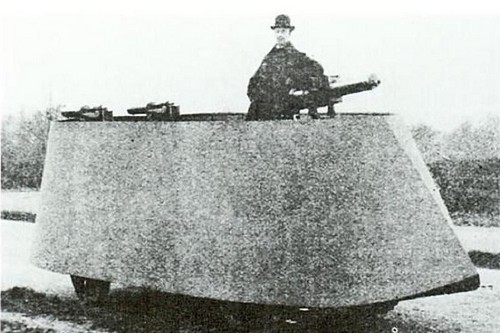 Motor War Car was the world’s first real armoured car. It was designed and built by British inventor F.R. Simms in 1899. The vehicle had Vickers armour 6 mm thick and was powered by a four-cylinder 3.3-litre 16 hp Cannstatt Daimler engine giving it a maximum speed of around 14.5 km/h. 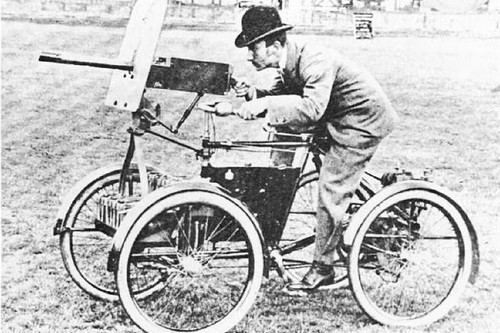 Quadricycle was the first armed petrol engine powered vehicle ever built. It was designed and built by British inventor F.R. Simms in 1898. He constructed the vehicle by mounting a Maxim machine gun on the front wheels bar of a De Dion-Bouton quadricycle. He also put an iron shield in front of the car for the driver’s protection. The driver also operated the machine gun.