There are a lot of important people we know little about. Some might not even exist! Here we discussed some most gorgeous Fictional ladies from human history. Many of these lovely ladies have, however, suffered from the teensy shortcoming that they never actually existed in the first place. It’s very common that throughout the ages men have died to win the affections of beautiful women. Rather predictably, the more beautiful the damsel, the fiercer the fellas have fought to lay claim to her.

Today we’ve got a list of 10 Gorgeous women, nearly all of whom you’ve probably heard of, and some of whom you’re probably not sure if they are real people from history or fictional characters. You may know most of them, but I sure that one or more will surprise you. Let’s begin with perhaps the most famous woman from all of history. 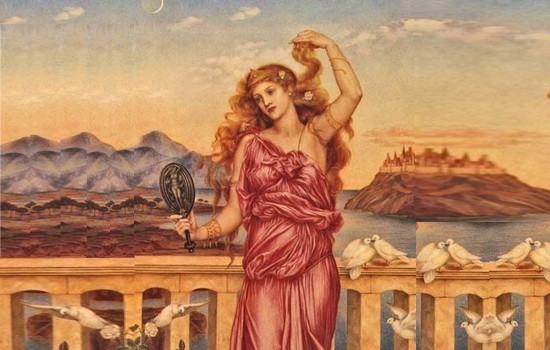 In Greek mythology, Helen of Troy, also known as Helen of Sparta, was the daughter of Zeus and Leda, step-daughter of King Tyndareus, wife of Menelaus and sister of Castor, Polydeuces and Clytemnestra. Her abduction by Paris brought about the Trojan War.

She had a “face that launch’d a thousand ships,” according to Christopher Marlowe’s Dr. Faustus, and her abduction brought about the Trojan War. That’s assuming the Trojan War actually happened, for starters, which is a matter of some scholarly contention. Even if it did happen in one form or another, Helen of Troy almost certainly remains a purely mythical hottie.

She was a sultry character in Homer’s Iliad and Odyssey, and is believed to have played a starring role in Greek legends dating back centuries before Homer, meaning she probably never lived. Quoth Homer: “D’oh.” 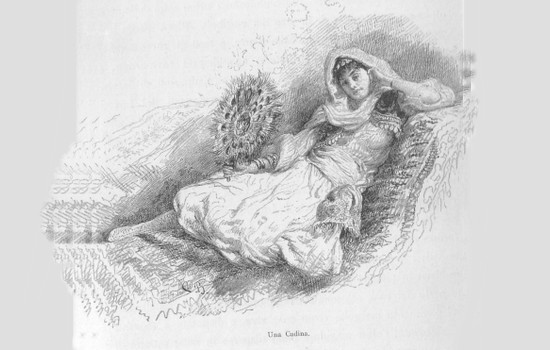 Scheherazade is a legendary Persian queen and the storyteller of One Thousand and One Nights. She was as just another of the king’s virgins, one of whom he married each day and executed the next. She kept saved herself by telling him the first half of a story each night, persuading him to let her see each new dawn so that he could hear the other half. By the time she told all thousand and one tales, the king had fallen in love with her and ceased his cruelty. 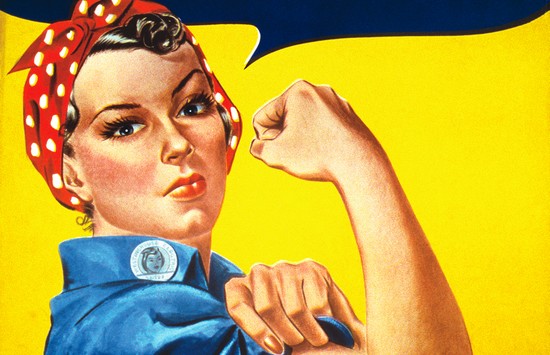 Rosie the Riveter is a cultural icon of the United States, representing the American women who worked in factories during World War II. The enduring symbol of female wartime industriousness — and the inspiration behind innumerable present-day roller derby team logos — has a tomboyish quality that is oddly irresistible. Rosie represented all the American women who worked in factories to make weapons and supplies for the men who were overseas trying to blow up the Führer.

Made famous by a 1942 song by the same name, Rosie the Riveter was said to be “part of the assembly line… making history.” And, according to posters bearing her supposed likeness, Rosie had high cheekbones and a toned biceps that surely gave chills to the more submissive men of her era. Sadly for them, she was merely a sexy, fictitious stand-in for factory-working women who were probably more grimy than gorgeous. 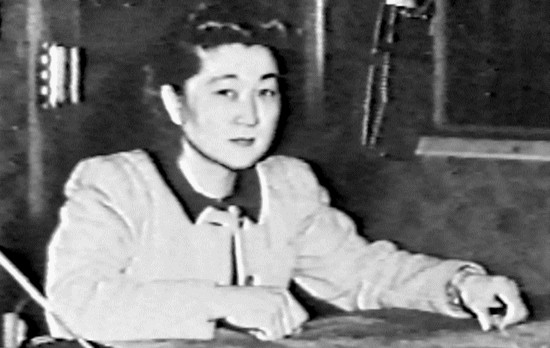 Tokyo Rose was a generic name given by Allied forces in the South Pacific during World War II to any of approximately a dozen English-speaking female broadcasters of Japanese propaganda. Her sultry voice floated across the airwaves of the South Pacific during the Second World War, her messages of propaganda cloaked in a come-hither tone. Lonely servicemen might have been wooed by her broadcasts if she hadn’t been so heavy-handed with suggestions of surrender.

In reality, Tokyo Rose was probably the common monicker given to a half-dozen or so English-speaking female DJs in Japan. Debate has simmered for decades over who was, and who wasn’t, the “real” Tokyo Rose, but it’s probably a moot point, since most servicemen are said to have seen right through her transparent guise. It’s safe to assume, though, they also imagined seeing right through her transparent blouse. 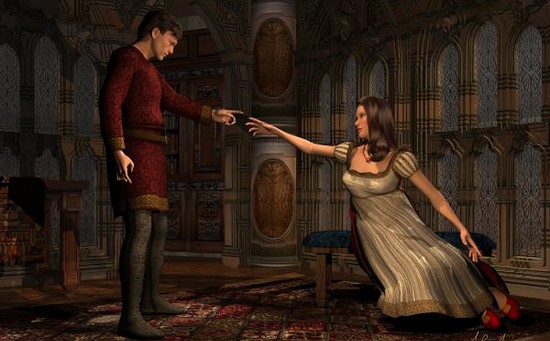 Guinevere was the legendary Queen consort of King Arthur. In tales and folklore, she was said to have had a love affair with Arthur’s chief knight Sir Lancelot, was about as real as Merlin’s spells. The historical veracity of Arthurian lore the realm of Camelot, the Knights of the Round Table and, to a lesser extent, the Knights Who Say Ni has been debated for ages.

It’s safe to assume that the jaw-dropping Guinevere, whose name translates to “White Enchantress,” is a figment of fiction. Interestingly, the name “Guinevere” is believed to be the predecessor of the modern English name “Jennifer,” which might explain why so many men consider Ms. Aniston to be such a white enchantress. 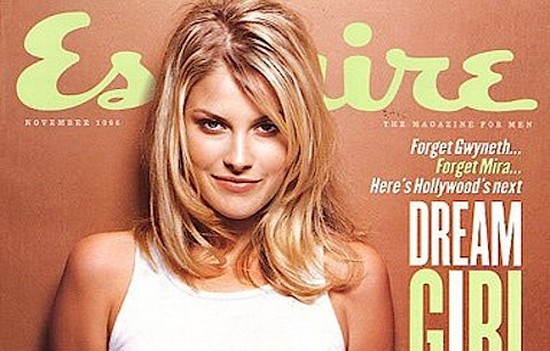 Allegra Coleman was a fictional celebrity invented by writer Martha Sherrill for the purposes of a hoax magazine article. Model Ali Larter portrayed the imaginary model in Sherrill’s feature which appeared in Esquire next to the words “Dream Girl in November 1996.

Coleman, Sherrill suggests, has a “simple, irresistible vulgarity” that Gwyneth Paltrow and Matthew McConaughey can never match; she’s “one giant ka-boom of a girl. Allegra Coleman is altogether imaginary, a dreamy creature cooked up by writer Martha Sherrill and “played” by model Ali Larter in the sometimes-doctored photos that accompany the piece. It’s a wonderful parody of celebrity puff profiles and one that’s reportedly garnered Larter herself more than a few calls from morning TV shows and others who want to make her a star in the real world. 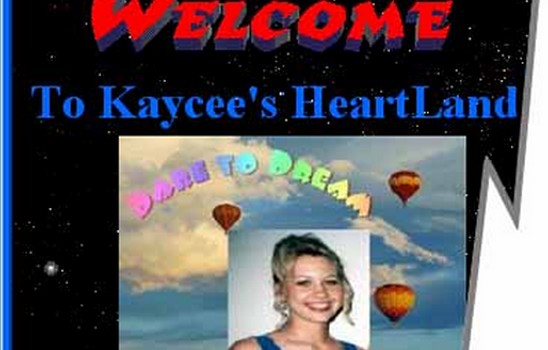 Kaycee Nicole was a fictitious teenager played by Debbie Swenson in a well-known case of Münchausen by Internet. Between 1999 and when the hoax was discovered in 2001, Swenson, playing the role of Kaycee, represented herself on numerous websites as a teenager suffering from terminal leukemia. Kaycee was reported to have died on May 14, 2001 and her death was publicized on May 16; shortly thereafter, members of the online communities that had supported her unraveled the story and discovered that Kaycee had never actually existed. Debbie Swenson confessed on her blog to the hoax on May 20, 2001.

On May 15, when Kaycee’s online followers went to her Weblog, they found a small image of a rose, accompanied by an announcement of her death:

”Thank you for the love, the joy, the laughter and the tears. We shall love you always and forever.”
Hundreds of people, none of whom had ever met Kaycee, were crushed by the news of her death. ”So many people reached out to this beautiful girl who was so positive in the face of adversity,” said Saundra Mitchell, a screenwriter in Indianapolis. 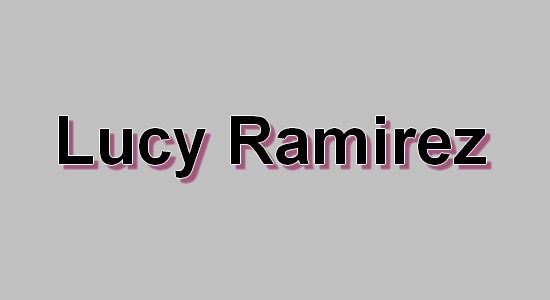 Lucy Ramirez supposedly gave former National Guard officer Bill Burkett documents that disputed former president George W. Bush’s service in the military. The paper sparked a “60 Minutes” documentary and tons of stories questioning just what President Bush did in the military. But when questions arose about who Ramirez was and whether the documents were real, no one could find her again. 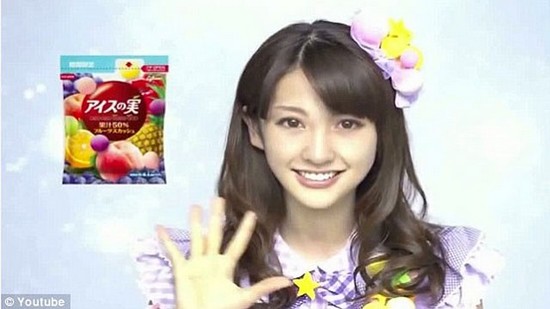 Aimi Eguchi is a fictional Japanese idol. She was announced as the seventh member of the Japanese pop group AKB48. Except that really, she’s a CGI composite of all the existing (real) six members. Her addition to the group was announced in Japanese magazines, and she reportedly posed for Japanese Playboy. But some things seemed fishy, and the band’s fans started asking questions about just who Aimi Eguchi was. Eventually, the truth emerged that she wasn’t a person at all. 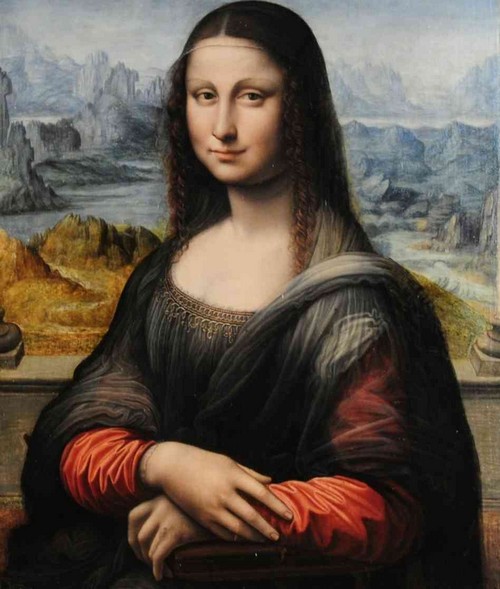 The Mona Lisa is a half-length portrait of a woman by the Italian artist Leonardo da Vinci, which has been acclaimed as “the best known, the most visited, the most written about, the most sung about, the most parodied work of art in the world.” The painting, thought to be a portrait of Lisa Gherardini, the wife of Francesco del Giocondo, is in oil on a poplar panel. It was acquired by King Francis I of France and is now the property of the French Republic, on permanent display at the Musée du Louvre in Paris.