Reality TV has over the years given great wonders which are absolutely music our ears. Here is a list count downing the 10 greatest music icons who saw their birth in the reality TV shows and become worldwide phenomenon.

The 10 Greatest Music Icons Who Come From Reality TV: 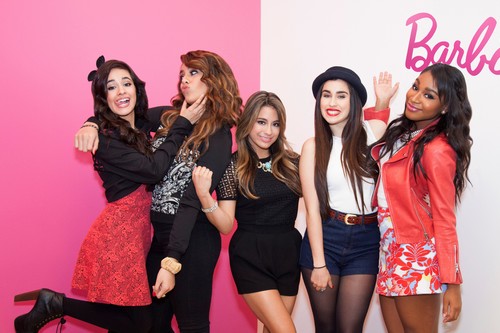 Labelled as the #1 most ‘Influential’ The X Factor USA contestant of all-time by Fox Weekly, Fifth Harmony is a girl band which consists of members Ally Brooke Hernandez, Normani Hamilton, Dinah Jane Hansen, Camila Cabello, and Lauren Jauregui. The group was formed in 2012 in the third season of The X Factor USA from all different individual auditioners who failed to make it as solo artist. But as luck would have it, they turned out to be the popular music artists of recent times. Despite coming in third in x factor, they won MTV’s Artist To Watch award at the 2014 MTV Video Music Awards, apart from1 Teen Choice and 3 Teen Icon Awards. Their Successful songs include “Miss Movin’ On”, “Me & My Girls” and Miss Movin’ On”. 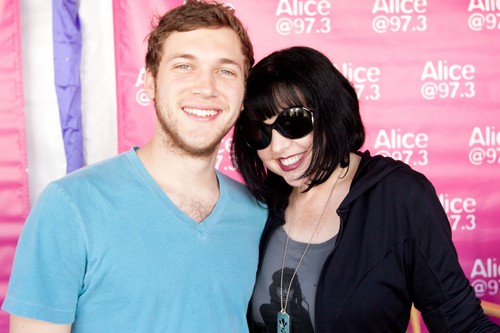 The eleventh winner of American Idol, Phillip Phillips’s popularity was visible right from his first audition, and so rightly it was which culminated with him winning the show in 2012 . He is credited for having the best selling coronation songs of all time with his single ‘Home’. With both his albums ‘The World from the Side of the Moons’ and ‘Behind the Light’ getting into Billboard 200 Top 10, he is now being regarded as force to watch in the music world now. His other best singles include ‘Gone Gone Gone’ and ‘Raging Fire’. 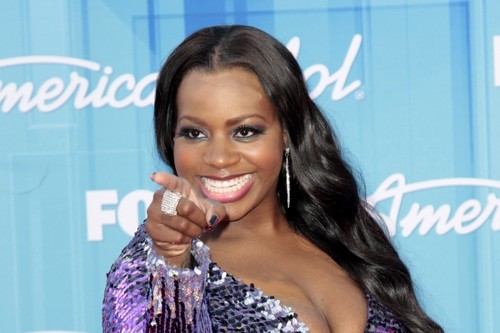 Fantasia is an R&B singer who became the first African American person to be ‘American Idol’ in its third season in 2004. Her debut single ‘I Believe’ debuted at number 1 on the Billboard’s Hot 100. Three time Grammy nominated Fantasia has so far released 4 albums and has won more than 14 major awards. She has has two headlining tours, 2 broadways and an autobiographical film to her credit. She has managed to sell more than 2,842,000 albums and 1,425,000 tracks in the United States only. 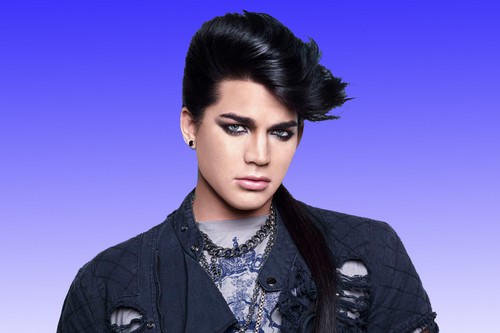 Singer-Songwriter Adam Lambert was introduced to us in the eight season of ‘American Idol’ in 2009. He is probably the most robbed contestant from winning the title when he ended up the runner-up of his series. Despite that, he has managed to surpass the actual winner, Kris Allen. Lambert is now recognised as the first openly gay mainstream pop artist to launch a career with a major US label. 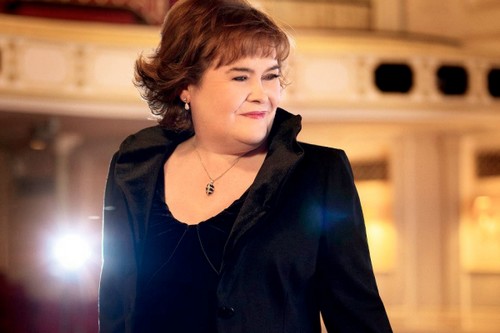 Susan Boyle has surprised viewers more than anyone has ever done. Coming across as a middle aged lunatic person, the moment she let her voice be heard, the entire world bowed down to her. She was the runner up of the third season of Britain’s Got talent in 2008. Overnight, she became a YouTube sensation. Her debut album ‘I dreamed A Dream’ became the UK’s best-selling debut album of all time. Two time Grammy nominated Boyle has so far sold more than 19 million albums worldwide. 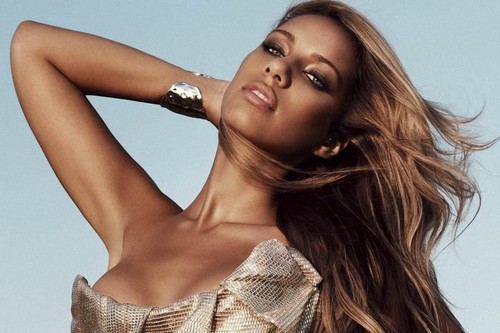 In 2006, Leona became the first woman and Black person to win The X Factor UK, when she participated in its third season. Her winning single, a cover version of ‘A Moment Like This’ set a world record of being digitally downloaded more than 50000 times in less than 30 minutes. Her another single ‘Bleeding Love’ spent seven weeks at number one in the UK. With a film debut in the line-up in 2014, 4 bestselling albums, more than a dozen hit singles, 31 awards, she has become the British female solo artist with most weeks at number one in the United Kingdom. 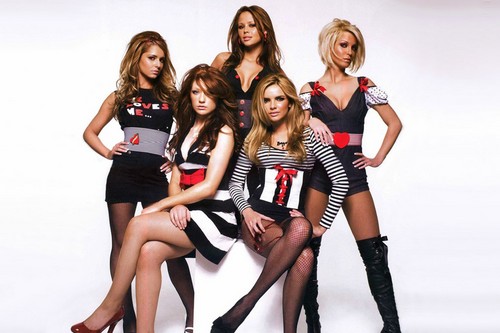 One of the earlier success-tasters, Girls Aloud was created in second season of Popstars UK in 2002 with members Cheryl Cole, Kimberley Walsh, Nadine Coyle, Nicole Roberts and Sarah Harding. They were listed by the Guinness World Records in 2007 as the “Most Successful Reality TV Group”. They have come out with 5 albums before disbanding in 2013. They created most top ten entries in the UK by a female group. They managed to become one of the few reality TV personas to achieve continued success and by 2010, already had amassed 30 million pounds. With 4.3 singles sold and 4 albums sold, they are one of the biggest bands of all time in the world of the 21st century. 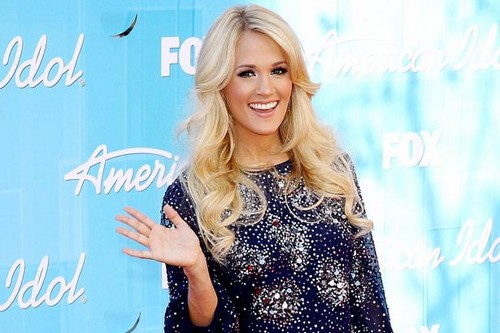 Underwood came into prominence when she became the 4th American Idol in 2005. Presently, one of the biggest country artists in the globe, this 31 year old American Idol alumni is the winner of  six Grammy Awards, sixteen Billboard Music Awards, eleven Academy of Country Music Awards and seven American Music Awards, which are among the 122 awards won by her from 185 nominations. With all her album getting into Billboard 200 Top 2, countless hit singles, 30 million singles sales, 16 million album sales, she has been listed as one of the 100 most influential people in the world by the Times. 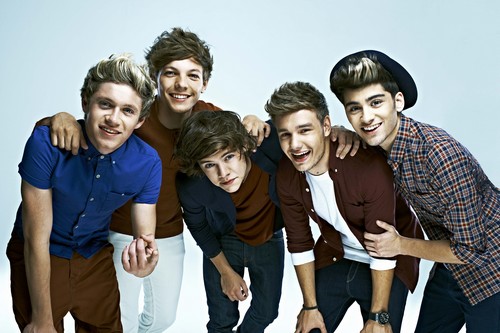 In 2010, in the seventh series of The X Factor UK, One Direction was formed consisting of Niall Horan, Zayn Malik, Liam Payne, Harry Styles and Louis Tomlinson, who all failed to make it further individually. The group finished 3rd overall, but their actual journey started after the show. What do have in their credit- 4 headlining tours, personal combined wealth of £25 million ($41.2m) making them the second wealthiest musicians in the UK under 30 years of age, 3 Billboard 200 number 1 albums,, a dozen of hit singles, 163 awards; and they have just started. They are now one of the biggest and most recognised pop culture face. 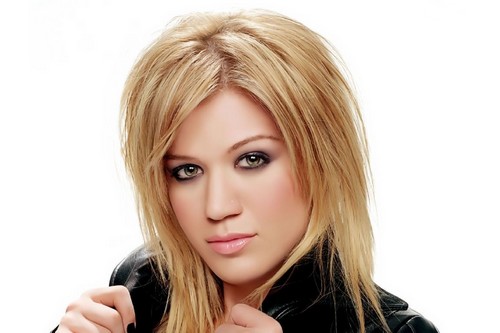 At number one amongst the greatest music icons, stands the person who started it all and who did it in the biggest possible way imagined. I 2002, she became the American Idol, winning the first original season. After that, there was no looking back. She holds the world record with her single ‘My Life Would Suck Without You”, which took the biggest leap to number one on a single week in the history of the Billboard Hot 100 Chart from number 97. Apart from 62 awards, she has 91 number ones in Billboard Charts and 20 million album sales. The three times Grammy Winner Singer was at number 105 on Joel Whitburn’s countdown of “Top 500 Artists Of All Time”, was ranked at number 27 on “Top Billboard 200 Artists, was at number 19 on VH1’s list of “100 Greatest Women in Music, number 5 on both “Top Billboard 200 Female Artists” and “Adult Contemporary Artists”, and number 75 on Billboard’s “Hot 100: Top 100 Artists.” Clarkson as the 14th-best-selling artist of the 2000s by the Billboards and one of the top 200 album sellers of the Nielsen SoundScan era at number 187.