All over the world, there are many strange and weird beliefs about the dead souls. The mystery of afterlife cannot be completely resolved by anybody who is still living on earth. However, each religion has its own unique belief about the condition of dead souls.  Some beliefs are terrifying, some are weird and some are funny. The fear of death and afterlife haunts almost every individual. Everybody seeks to attain the best state after death, though they do not know what is ahead. This list gives a glimpse of a few interesting beliefs about the dead souls in Hinduism.

10- The Dead return as Crows 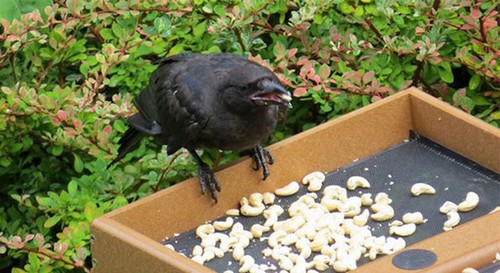 Every year, on the day that the ancestor died, the ritual of feeding crows is practiced among Hindus in India. They believe that the dead ancestors come back in the form of crows to their home. Eat the offered food, bless them and go back to the world of dead.

This belief is backed by a story in Ramayana. Ravana, who is considered to be a villain in Ramayana; Received a great boon from Brahma (the god of Creations), that made the gods Kubera, Yama. Varuna and others hide themselves from him in the form of animals, out of fear for Ravana. To their goodness, Ravana could not identify them, as they were in disguise. After Ravana left, these gods were very grateful to the animals that hid them and saved them from great harm. Hence, they gave boons to those animals. Yama – the god of death gave the boon of being fed on behalf of the deceased ancestors, to the crows. People usually cook the favorite food of the deceased and call upon the crows to eat them. 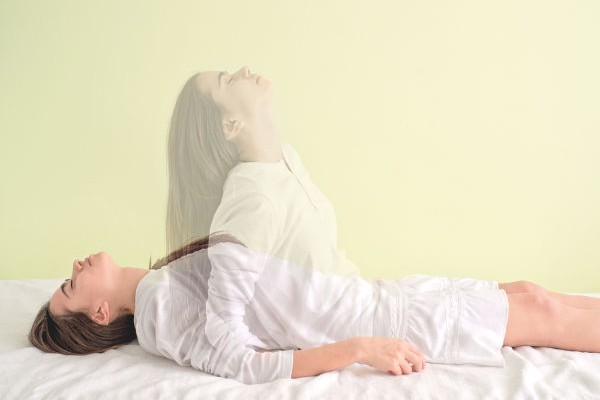 Hindus believe that there are seven re-births for each person. They believe that a person is mostly born as a human being again. However, there are chances that he or she may be born as an animal. They consider that, people who commit lot of sins in their earthly life, usually get an animal birth next time. Also, they believe that they are given seven chances to live a good life, before they go to heaven. They also believe that all the events that happened in each birth of the person are stored in his or her memory.

However, very few are able to re-collect those memories. They also believe that those who are involved in religious activities and serve god directly in Hindu temples are most likely to attain heaven after death and probably would not get into another birth. Hindus consider cow and horse as sacred animals. Some of them believe that those who do not treat sacred animals kindly, will be born as animals in the next birth.

8- The Dead turn into Ghosts 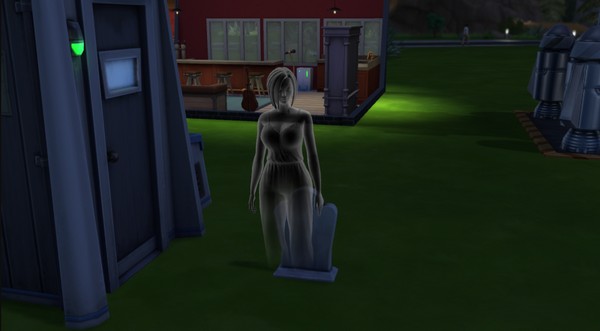 Hindus believe in the existence of Ghosts. People who die after committing very cruel sins or kill themselves are considered to wander on earth as Ghosts; Until they receive their punishment. Such Ghosts or Spirits are classified into two categories. One is the “Good Ghosts” category, which consists of spirits that have acknowledged their evil activities on earth and are ready to take up their punishment. It is believed that such ghosts help the people on earth. Dwell in religious places and in places where the funeral ceremonies are performed and even in the homes of their family members.

The other is the “Evil Ghosts” category, which consists of spirits that have not repented for their evil activities on earth and are unwilling to take up their punishment. It is believed that such ghosts continue to harm people on earth and live in abandoned or ruined buildings, big trees and grave yards.

7- Re-Union with Dead Father and Grandfather 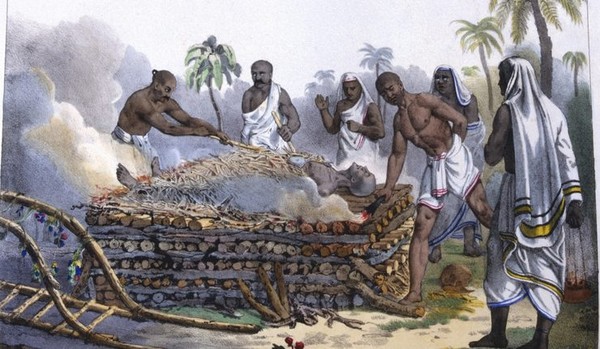 Now, in order to unite the deceased with the ancestors, the large pinda is cut into 3 small pieces and joined with the previously prepared small pindas. The ritual of re-union with ancestors is complete after the pindas are eaten by a crow, cow or a fish. This ritual is performed on 31st after death or 11th day after cremation. It is believed that the impurity in the house of the deceased, ends after completing this ritual.

6- Re-Incarnation in the same family

Hindus believe that, in case of unexpected deaths, the dead soul would probably be re-born in the same family. (For example, the son of the deceased may give birth to his deceased father itself). If provided the rituals are done correctly. Certain rituals of sending the deceased soul to heaven are not done in case of unexpected deaths. Because the such souls are likely to have another birth, probably in the same family. Also, according to Vedas; The relatives of the dead should not mourn or lament much, if the deceased person had a peaceful death. It is believed that such lamentations will keep the dead soul attached to the earthly relations and delay the departure to heaven. For accidental or unexpected deaths, there are no limitations put upon mourning in Vedas.

5- Placement based on Time and Environment 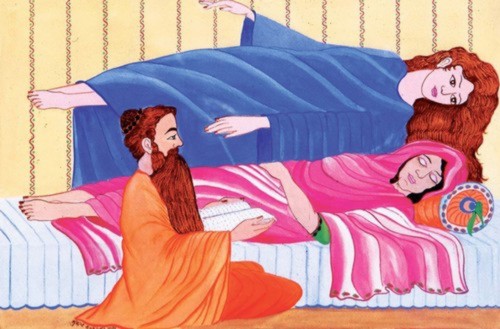 Hindus believe that the time of death and the environment during death, decide where the deceased will spend after life. They believe that dying in certain auspicious days can take the person straight to heaven. Enchanting the names of the Hindu gods, mantras and Vedas are considered to be the best things to be done during death. They believe that dying on a festival day or when puja is performed in home, will make a person go to his or her god in heaven, irrespective of what they have done in their lives on earth.

Also, they believe that there are many heavens, and depending on the environment of death, they will go to respective heaven. For example, the warrior heaven is for those who died in battle fields, wars etc. Some people who feel or guess that they are about to die, ask their relatives to keep telling some mantras and god names in their ears, until they die. They prefer dying in home, with friends and relatives around, rather than dying in a hospital environment. 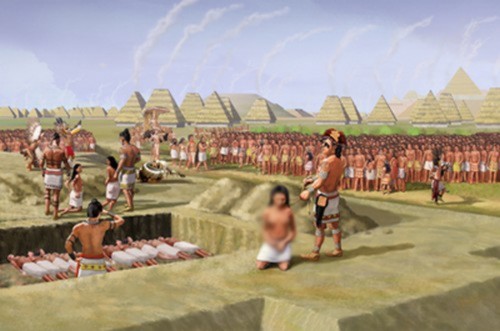 During the Vedic period, there were rituals to be carried out for killing enemies and offering human sacrifice. Human sacrifice to god was not considered as evil during Vedic days. It was generally done for reasons such as getting rid of god’s anger, obtaining magical powers etc. The person who offers himself as a human sacrifice to god is considered as a ‘bhakta’. Which means devotee, and the families of the victim are considered to be ‘privileged’ or ‘meritorious’. The sacrificed victim is believed to have obtained a great place in heaven or a royal birth in next life.

Such sacrifices were high in number, during the times of natural calamities, drought and highly spreading diseases. Death of children in mother’s womb was considered to be the result of god’s anger in the family. And as a remedy, somebody in the family of the mother was offered as a sacrifice. Though such cruel activities are banned by law, they are still practiced in remote tribal villages in India.

3- The Dead remain in the place of death or tomb 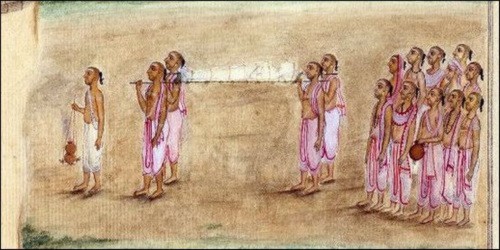 Hindus believe that the dead people usually dwell in their place of death or in the place of burial or cremation, until the sacraments are completed. It is believed that the dead souls are bound by the emotions, feelings and affections of the worldly relationships. And they cannot leave the world until they are freed by performing rituals.

Hindus burn the body of the dead, instead of burying. Because they feel that would help in letting the soul break its association with its body and move on to its new world. They believe that it might take some time for the souls to depart from the physical world to the world of the dead. And the rituals help them reduce this time. They also believe that some souls might be shocked or unsatisfied with the sudden death; The rituals will help them to get rid of the shock and fear, help them calm down and rest in peace. 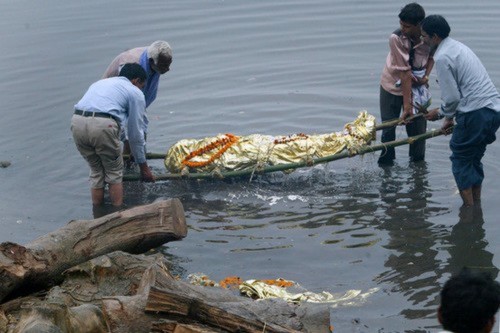 Hindus believe that the river Ganga is a sacred river, which links heaven and earth. They believe that if the half-burnt body of the deceased is thrown into this river, the dead soul will definitely reach heaven, irrespective of his or her deeds on earth, circumstances or time of death. This has led to drastic pollution of the river Ganges, making it a river of the dead. Thousands of decayed dead bodies float in the river, even today. People still bath and even drink the water in this river, considering it as sacred.

It is found that around 1.5 lac of dead bodies are decomposed in the river every year. Some people who live far away from the river, bring the burnt ashes of their dead relatives to river Ganges and perform the ritual rites there. In spite of the vast pollution in the surrounding areas of the river, the government has not taken any measure to stop the exploitation of the river. People living in the neighborhood of the river Ganges do not want to risk the afterlife of their relatives nor stop following the religious customs of their ancestors.

1- Prayers to the Dead 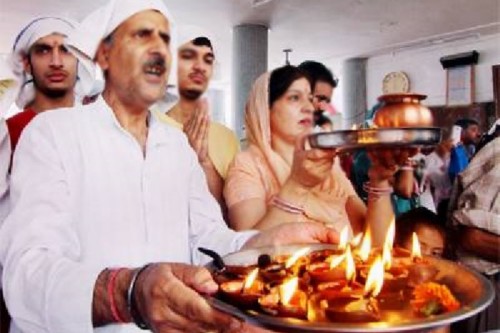 Hindus usually keep the photos of the dead along with the idols of their gods, in their houses and worship them every day. The photos of the deceased are decorated with flowers and are considered as gods. Every year, during the death day of the deceased; They cook wide varieties of food and place them in front of the photo. They perform some rituals, seek the blessings of the dead. Offer some food for the crow and then have the food themselves.