Take a peek at the world’s most beautiful libraries:

Here is a collection of our choices for the 10 most beautiful libraries in the world. See the list and let us know if we’ve missed your favorite in the comments. 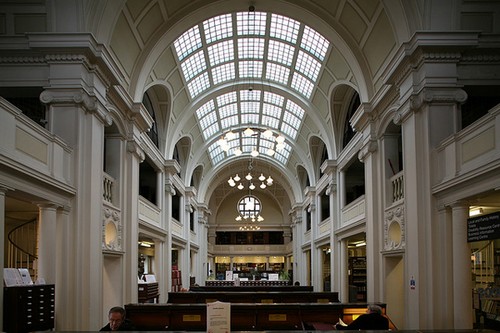 Bristol Central Library is a historic building on the south side of College Green, Bristol, England. It contains the main collections of Bristol’s public library. Built in 1906, is fascinating for its influential and unique combination of architectural styles. The front exterior was designed in Tudor Revival and Modern Movement styles in order to allow it to harmonize with the next-door Abbey Gatehouse. It was built on a slope, and the front of the building is only three stories tall, but thanks to the two basement levels built into the hill, the back of the building has five stories. 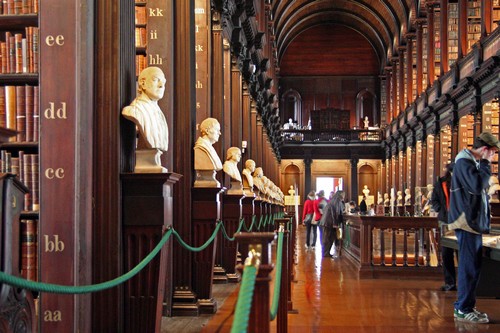 Aside from being absolutely gorgeous this is also the largest library in all of Ireland. This is the library of Trinity College and the University of Dublin, and serves as the country’s copyright library, where a copy of all new books and periodicals must be sent when they apply for copyright protection. It is also the only Irish library to hold such rights for the United Kingdom. The Library is the permanent home to the famous Book of Kells, an illuminated manuscript created by Celtic monks around the year 800. 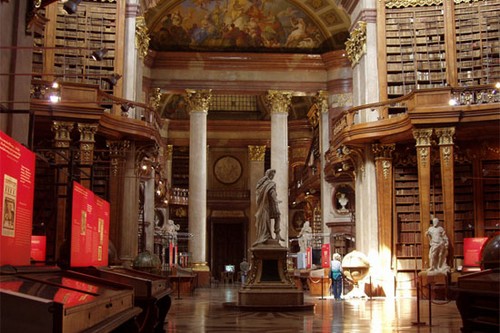 Located in the Hofburg Palace in Vienna, the Austrian National Library is the largest library in Austria with 7.4 million items in its various collections. The library was completed in 1723 and features sculptures by Lorenzo Mattielli and Peter Strudel and frescoes by Daniel Gran. The library complex includes four museums, as well as multiple special collections and archives. 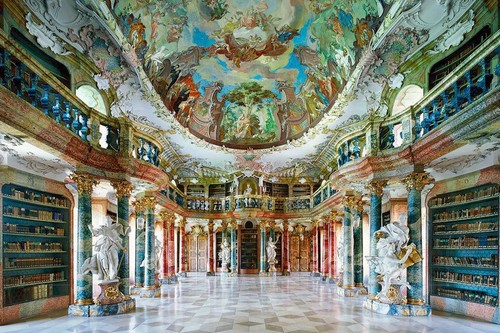 Completed in 1744, the monastery library, located in the north wing of Wiblingen Abbey. Its exquisite Rococo interior features an ornamental, winding gallery supported by multiple columns. The numerous statues and sweeping ceiling fresco represent the architect’s vision that the library be a place for preserving “treasures of wisdom and science”. Just outside the library there is an inscription reading “In quo omnes thesauri sapientiae et scientiae,” which translates to “In which are stored all treasures of knowledge and science.” 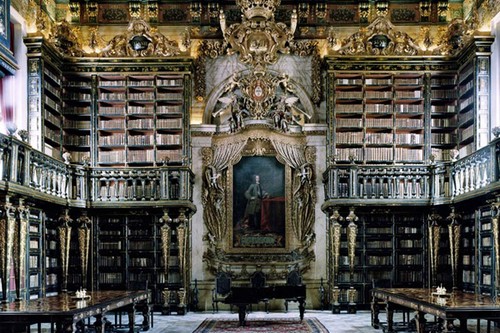 The General Library of the University of Coimbra consists of two buildings: the New Building built in 1962, and the Joanina Library. Once referred to as “The House of the Bookshop” Joanina library is one of the top five libraries in the world. Now called Biblioteca Joanina, this Baroque library was built between 1717 and 1728, during the reign of King João V of Portugal. Inside the library, there are three great rooms divided by ornate arches. The rooms, with highly decorated ceilings, are rich in gilt and exotic wood and the walls are covered by two-storied shelves of books. Nowadays Biblioteca Joanina is a Portuguese National Monument and one of the University’s main tourist attractions.

5. The Library of El Escorial | Spain 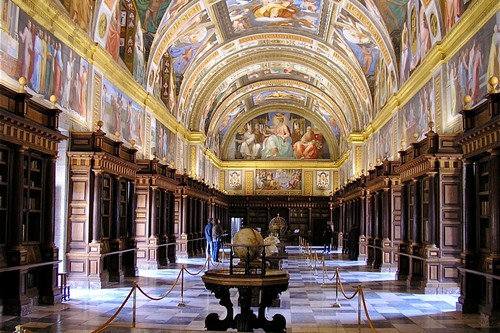 This library is located in the Royal Seat of San Lorenzo de El Escorial, the historical residence of the king of Spain. The Escorial is a vast building complex in central Spain. The building is the most important architectural monument of the Spanish Renaissance. Construction of El Escorial began in 1563 and ended in 1584. Phillip II was responsible for adding the library and most of the books originally held within. The vaulted ceilings were painted with gorgeous frescoes, each representing one of the seven liberal arts: rhetoric, dialectic, music, grammar, arithmetic, geometry and astronomy. 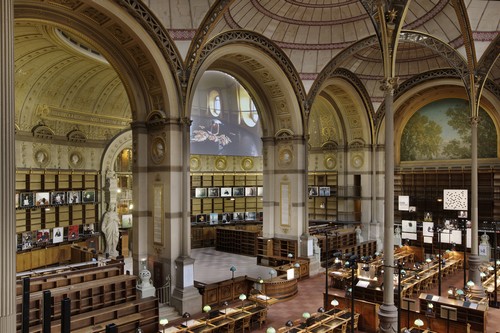 The Bibliothèque nationale de France is the National Library of France, located in Paris. It has expanded greatly since new buildings were added to house the collection in 1988. Even so, the old buildings on the Rue de Richelieu are still in use, and are utterly gorgeous as well. The library holds about 5,000 Greek manuscripts, which are divided into three fonds: Ancien fonds grec, fonds Coislin, and Fonds du Supplément grec. 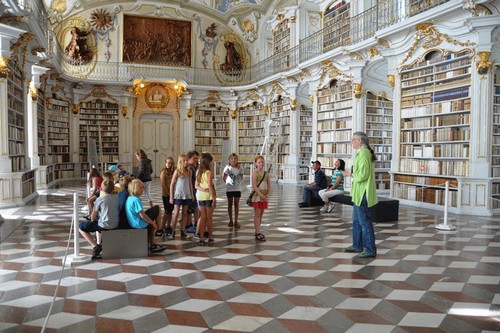 Built in 1776, the Admont Abbey Library is 70 metres long, 14 metres wide and 13 metres high, and is the largest monastery library in the world. It contains c. 70,000 volumes of the monastery’s entire holdings of c. 200,000 volumes. The ceiling is adorned with frescoes depicting the stages of human knowledge up until the Divine Revelation. The entire design reflects the ideals and values of the Enlightenment. 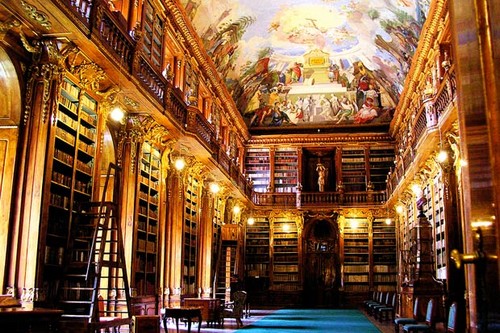 This breathtaking library spot 2nd in our list of world’s most beautiful libraries. This impressive library collection contains over 200,000 volumes, of which 3,000 are original manuscripts. It is made up of two wonderful halls linked by a passageway. The Theological Hall with its attractive stuccowork contains mostly literature of a theological nature and thousands of editions of the Bible. 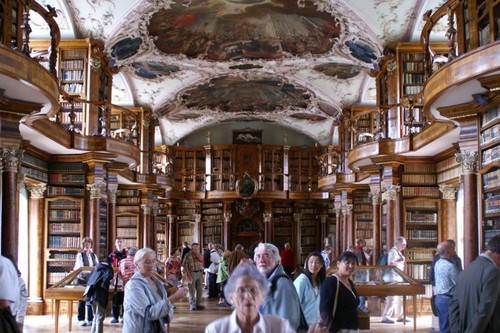 Abbey Library of St. Gallen is undoubtedly one of the world’s most beautiful libraries. This lovely library is not only the oldest in Switzerland, but one of the oldest and most important monastery libraries in the world. The library holds almost 160,000 volumes many of which date back as far as the 8th century. The Rococo-styled library is often considered one of the most perfect libraries in the world and has earned the Abbey recognition as a World Heritage Site.