Libraries are a storehouse of knowledge. With their vast collections of books, they a person the opportunity to expand his horizons and know the world more. The earliest libraries, many of which stand with grace today, are beautiful, European structures, and create an ambience that will almost make you worship books. On the other hand, there are the new libraries which have modern, almost futuristic architectures. Let’s look at some of these state-of-the-art library buildings. 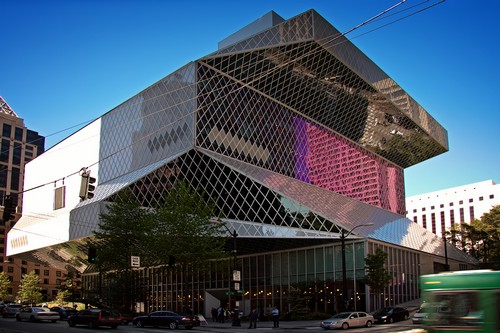 Designed by OMA + LMN, this flagship library building is unique. The floating platforms give a striking appearance to the 11-floor building which has a glass skin, and is seemingly wrapped around with a steel net. It is not just by looks that the building is advanced. The facilities such as IT and communication, safety and security, audio and visual consulting, etc. are all there. This 362,987 sq. ft. library has an underground parking space for 143 vehicles. The library has 1.45 million books and materials, and 400 computers for public use. It was opened on 23rd May, 2004. 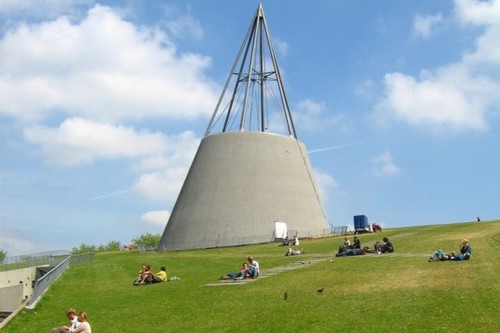 The library of the Delft University of Technology was constructed in the year, 1997. It was designed by Delft-based architecture bureau, Mecanoo. It is situated behind the famous university Aula. The roof of the library is covered with grass, and the structure lifts on one side from the ground. There is a steel cone atop the library, and the walls are filled with glass, completely. It is complete with project rooms, 995 work spaces of which 155 have computers and other facilities, along with 867000 book titles including e-books, doctoral theses and books before 1900. 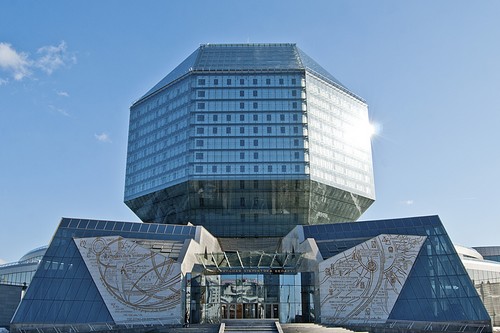 Founded in 1922, Mihail Vinogradov and Viktor Kramarenko redesigned the building of the copyright library in 2006, on the bank of the Slepyanka River, with 22 floors. The rhombicuboctahedron shape represents the human knowledge, or a gem. During the daytime, its glass skin reflects the sunlight. After sunset, it offers a similar brightness using 4,646 RGB light fixtures and a lighting design software. It has the largest collection of Belarusian printed materials, and third largest collection of Russian books, with e size of 8,600,000. The building has Minsk’s only public observation deck. 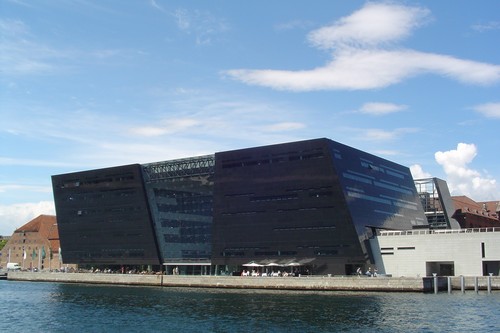 Named the Black Diamond, it contains 33.3 million items since the 16th century, including 6.1 million books and journals alone. The building was opened in 1999. Designed by Schmidt Hammer Lassen, it is located along Copenhagen’s waterfront. The name is a reference to the black granite facade. It looks like a box leaning to the left and has a distorted prismatic shape. One glazed crevasse divides the façade into two, and another runs along the height of the building to give a panoramic view. It has a floating appearance. The interiors, too, offer unique, futuristic designs. 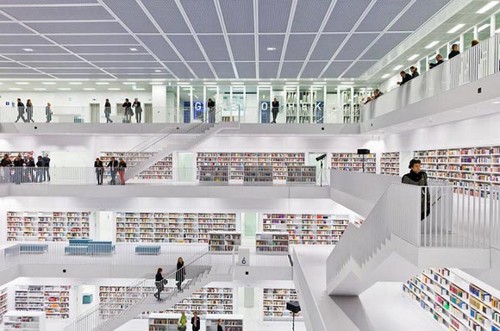 The library, designed by Yi Architects and opened in 2011, a crystalline cube-shaped building, looks much like a Rubik’s Cube with only white and blue colours. The strikingly white interiors are focused on books that are all on display. There are randomly placed staircases that connect all the floors. Inside the building is its ‘Heart’, representing its spatial and meditative centre point. The reading room is pyramid-shaped. It has a glass ceiling above. Apart from the primary function, the structure also provides functional space for different events. 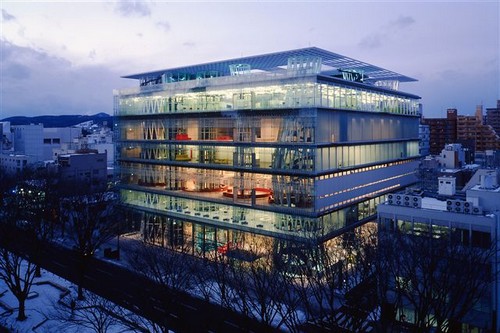 Designed by Toyo Ito and opened in 2001, the multi-purpose building has covered with diaphanous glass panels and metal ribs and is located by the Matsushima Bay. The unique structure of the building incorporates the trees that are in the vicinity and blends perfectly with the surroundings with several plants flowing through the building, alongside the pillars. It reflects the light during daytime, and turns into a massive lantern at night due to the internal lights. It is a media library with a great collection, and the building also serves as an art gallery. 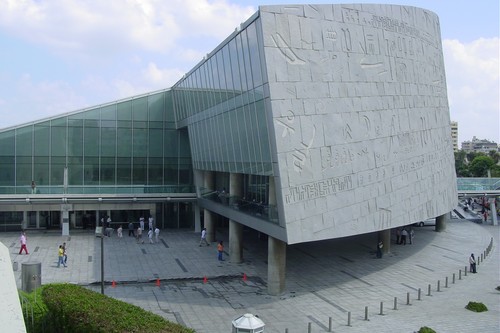 Located on the shore of the Mediterranean Sea, this library and cultural centre in Alexandria is vast, with shelf space for 8 million books. It has an amazing architecture, with a 320metre high ceiling above the reading room. The roof is covered with glass and is tilted out like a sun-dial. The walls are covered with Aswan granite, and to add the authentic Egyptian touch, there are characters from 120 scripts carved in the wall. It serves not only as a library but as a museum. It maintains an internet archive backup and provides books on a print-on-demand basis. 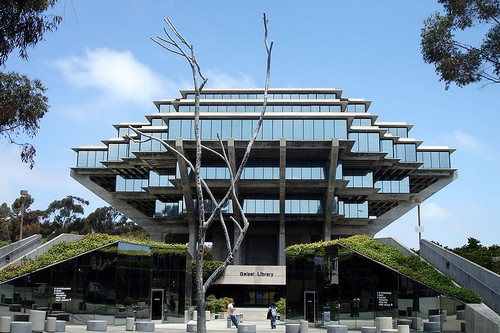 The University of California gained occupancy of the building in 1970, and it underwent renovation in 1993. Designed by William Pereira & Associates, it has a pyramid-like stepped tower of six storeys made of reinforced concrete with a glass skin, sitting on top of a two-storey block-like concrete structure. It is an imposing and highly developed work of architecture. The library contains materials and services related to Social Sciences, Physical Sciences, Marine Sciences, Humanities, Engineering, Areas Studies and Arts, along with other special collections and archives.

This library, opened in 2006, was designed to represent modern culture that would not oppose the nature, and hence, architects Alberto Kalach and Juan Palomar integrated this public library with a botanical garden that has an array of the endemic flora of Mexico. The structure, made of steel, concrete and glass stands surrounded by greenery and water. The even more striking feature of the monumental building is the interior of the building. It also houses a very artistic sculpture of the skeleton of a whale, made by Gabriel Orozco, alongside sculptures by several Mexican artists. 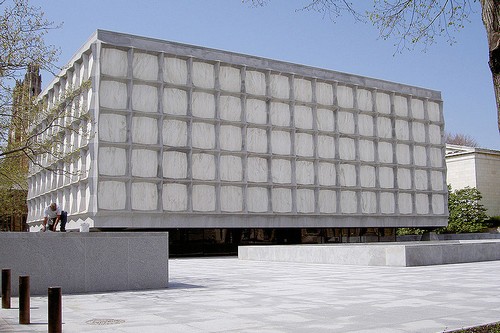 Opened in 1963, this 6-storey has a simple yet charmingly ultra-modern outside, with the structure being constructed of marble, granite, bronze and glass. Designed by Gordon Bunshaft, the white marble panels with grey veins are frames by light grey granite, giving it a look of almost a monochromatic Rubik’s Cube of sorts. These marble panels filter light. The rotating glass door leads to the inside with a glass tower of books rising through the core of the building. Two staircases ascend to a mezzanine level that showcases the rotating exhibits for the rich collection of books.

Many similar, modern architectures are being built even today at a time of e-books and internet. This only proves that there is something special about books, and the charm that lies in leafing through pages is something that cannot be found in the digital books.