Colours are beautiful, colours are everywhere. Colours are what make our life so very special, and grab our attention and give us inspiration in this otherwise sullen, drab world. What if you could live in a city filled with such magical colours, and walk through streets that are a constant reminder of the rainbow? Let’s look at some of the most colourful cities in the world, adorned with man-made constructions, which are quite a treat to the eyes. 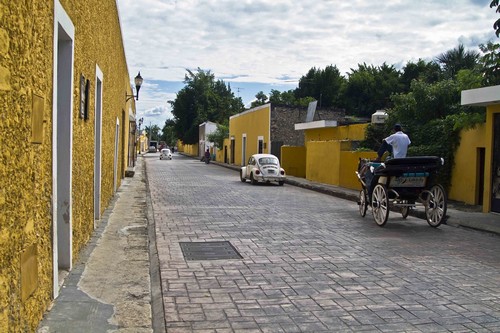 Officially declared the ‘magical city’, the monochromatic region of Izamal is awash with vivid sunny yellow, thanks to the colonial buildings. There is an automatic visual warmth in this city, which is hard to miss, irrespective of what the weather is. The cobblestoned streets are lined with limestone churches and government buildings. One of the most noted among the marigold buildings is the 16th century Basilica of San Antonio de Padua, the centre-piece of the city which is enamoured in rich history and mythology. 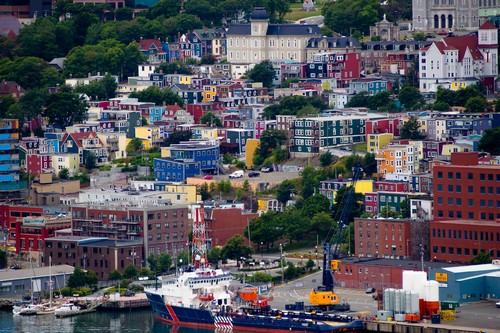 St. John’s is the capital of Newfoundland and Labrador, and is one of the oldest cities in Canada, with a rich history that dates back to 1400. It is a beautiful place, with astounding architecture, and is one of the most colourful places in the world. In fact, there is an entire stretch in the city called the Jellybean Row, where each ship captain used to assign a candy colour to his house, so that it could be easily spotted from the sea. The result is this polychromatic strip which is beautiful to look at. 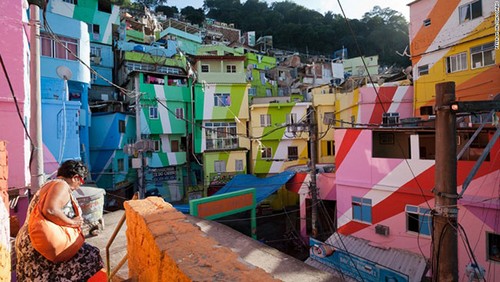 The government of Brazil took the initiative to redecorate the favelas or slums of Rio de Janeiro back in 2010, and Dutch artists, Haas & Hahn, turned the slums into a giant canvas. Today, the colourful streets of Rio de Janeiro are a tourist attraction, with colourful street arts screaming out of the painted walls, and rainbow rays radiating from the facades. One of the most remarkable areas is the Favela Santa Maria with its multi-coloured houses. 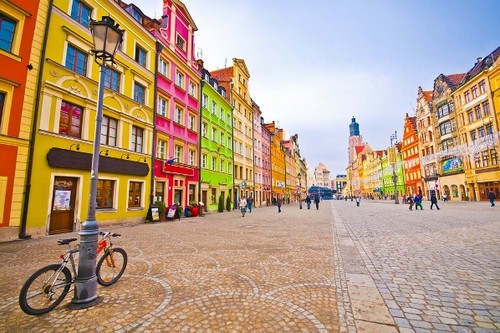 The capital of Lower Silesia is one of the most splendid cities of Poland, with a wide range of attractions for any tourist, including hundreds of bridges, fine restaurants and cafes, and cultural and historic delights. But, one of the most attractive parts of the city is, without a doubt, the many rows of colourful houses. These buildings, constructed with ancient architecture and design, enliven the city streets with their magnificently bright colours, and add to the city a new life and vivaciousness. 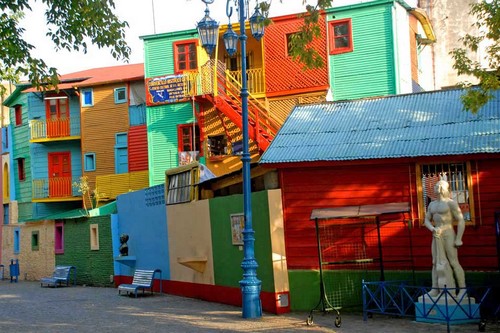 In the southeastern part of Buenos Aires is located La Boca, which is known for its open air museum. But, a traveller walking down the pedestrian street of Caminito will notice exceptional murals and graffiti by local artists. The working class enclave at the mouth of the Riachuelo River, which is a neighbourhood that had been constructed with scrap materials including leftover paints, are a visual treat as the houses are all of different colours, as though a box of crayons has been used. 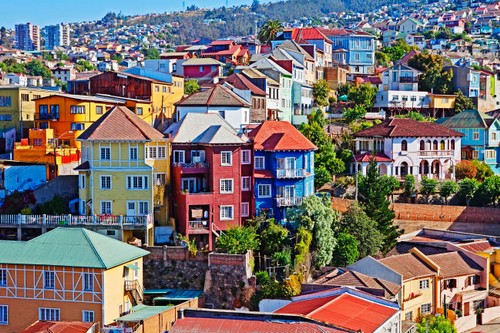 This port city is the historical and cultural hub of Chile, with a wide array of museums, cathedrals, churches and colonial buildings. The coastal area is where beautiful boats, cruising this region, stop at. What’s even more magnificent about this part of the city is the multi-hued urban sprawl adorning the sea. The homes and the bohemian murals on the walls are a manifestation of the creative spirits of the citizens, and result in creating a splendour, especially from the acensores along the funiculars that provide a bird-eye view. 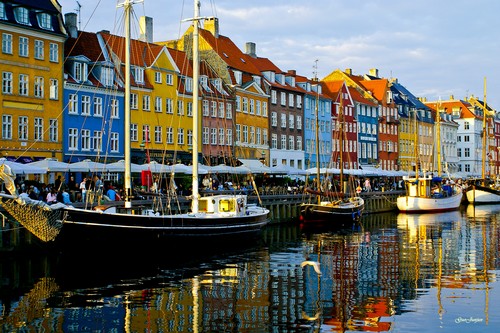 This 17th-century canal, waterfront and entertainment district in Denmark has brightly painted buildings, stretching from the Kongens Nytorv to the harbour front in the south of the Royal Playhouse. There are 17th and 18th century buildings, including townhouses, bars, cafes and restaurants, built with wood, bricks and plaster. Such is the beauty of this heritage harbour with the colourful facades that its multi-coloured grandeur is captured as their motif by HP company, on their boxes. 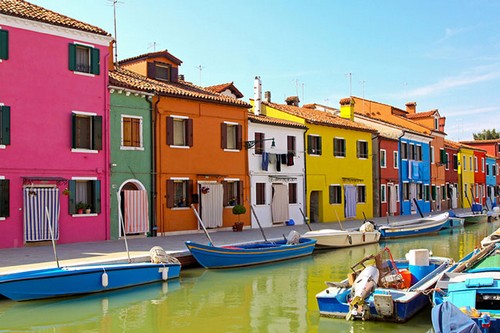 This archipelago of four islands in the Venetian province has beautiful streets, and the canals have gondolas sailing through them. These streets and canals are lined with beautiful, brightly painted buildings. But, there is also some protocol that the government maintains when it comes to painting the buildings. To stick to the particular system of colours, which originated from the golden age of the island’s development, a house-owner must seek permission from the government regarding what colours are available to him. The walls of the island have beautiful, colourful paintings. 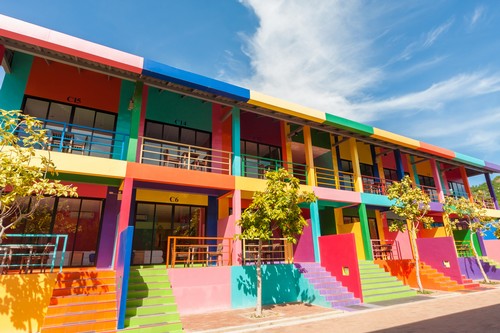 Pattaya, with its exotic beaches and blue waters, is a great tourist spot and invites people from all over the world to enjoy great food and enthralling scenic beauty. But, it is not just the nature that creates an eyeful for the visitors. The houses and hotels are all beautifully coloured. It is one of the most colourful places in the world, and the charm of the place is almost magical, along with the heavy crowd on one side, and the peaceful ambience on the complete contrast. No wonder it is always full of people who add colours to the spirit of the place. 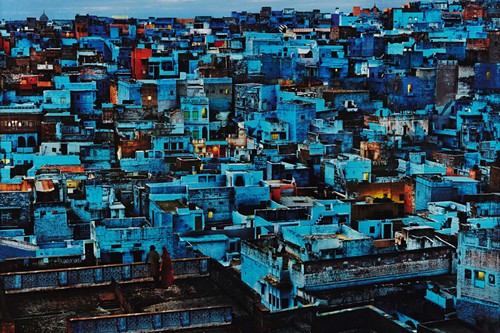 Jodhpur in Rajasthan is India’s Blue City, with buildings all around the town painted in the royal blue colour. According to one theory, this trend was started by the royalty who painted their walls in this regal colour, and were followed by the locals. Others say that the colour is from the copper-sulphate lime wash which is applied to prevent termites. Either way, the colour adds a touch of calm and cool to this sun-kissed city. The Rass Hotel’s custom auto-rickshaws are also blue in colour to keep up with the theme of the city.

There are several other cities in the world that are dotted with colourful buildings and constructions. Some of them are Bo-Kaap in Cape Town, Balat in Istanbul, Juzcar in Spain, Willemstad Curacao, Vernazza in Italy, Longyearbyen in Norway, Stockholm in Sweden, Bristol in England, etc. All these postcard-perfect regions are definitely in the bucket-list of those who want to go around the world and discover the many colours of the world.