Top 10 popular Casinos in the US – These are 10 best places to gamble your money away! There are almost 900 casinos in the United States, with that number steadily growing as more states seek to legalize casinos. 38 states now have some form of casino gambling. Relatively small places such as Las Vegas are best known for gambling; larger cities such as Chicago are not defined by their casinos in spite of the large turnover. The Las Vegas Valley has the largest concentration of casinos in the United States. Based on revenue, Atlantic City, New Jersey ranks second, and the Chicago region third.

The Top 10 Popular casinos in the US. 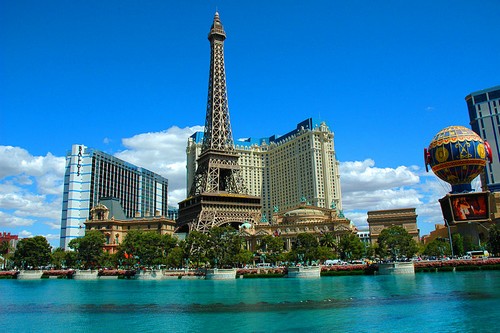 Paris Las Vegas is a hotel and casino located on the Las Vegas Strip in Paradise, Nevada. As its name suggests, its theme is the city of Paris in France; it includes a half scale, 541-foot tall replica of the Eiffel Tower, a sign in the shape of the Montgolfier balloon, a two-thirds size Arc de Triomphe, a replica of La Fontaine des Mers, and a 1,200-seat theatre called Le Théâtre des Arts. The front of the hotel suggests the Paris Opera House and the Louvre. This royal casino beats out Paris France and Paris Hilton all together. 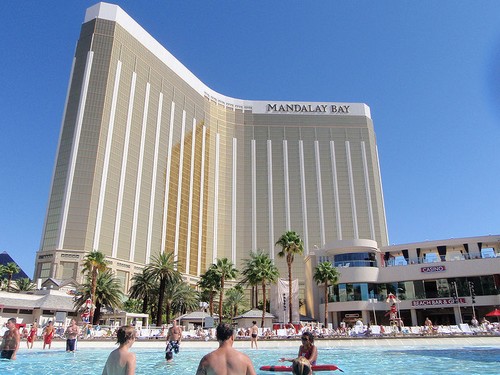 Come and have a great gambling atmosphere at Mandalay Bay, a 44-story luxury hotel casino on the Las Vegas Strip! The whole ambience of this casino is lightened by the addition of some of the best pools in Las Vegas, including a topless pool.

8. Rio All Suite Hotel and Casino 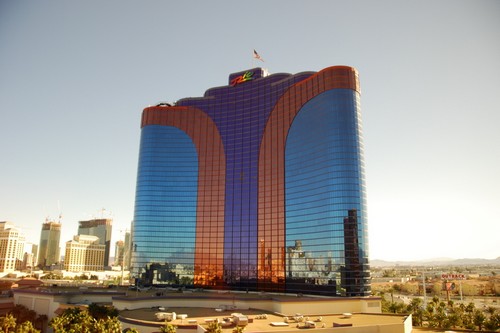 Never forget to visit this place if you ever happen to be in Las Vegas. With your winnings, feel free to buy a sleek bottle of delicious wine in celebration from Rio’s 50,000-bottle wine cellar – the largest publically-displayed collection in the world. The Rio was the first all suite resort in the Las Vegas area. It was named after the city of Rio de Janeiro, and is influenced by Brazilian culture. The Rio is the host casino for the World Series of Poker. 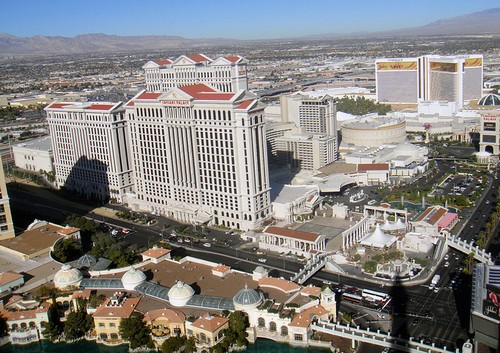 One of the most popular casinos in the US Caesar’s Palace is the right place for all those who wish to try their luck once with royalty and majesty. Come to Caesar’s Palace and live like Caesar, gamble like Caligula. Located on the Las Vegas Strip in Paradise, Nevada, the luxury hotel and casino has 3,960 rooms in six towers: Augustus, Centurion, Roman, Palace, Octavius, and Forum. The Forum tower features guest suites with 1,000 square feet of space. It is the only venue in Las Vegas to host a World Series of Poker Circuit Event. 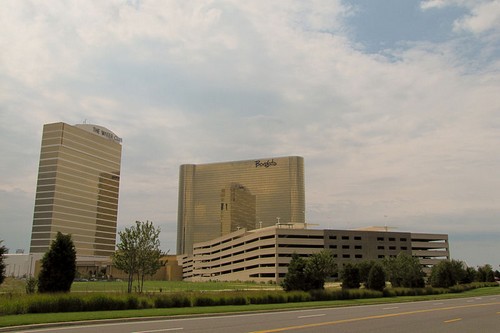 This royal luxury hotel, casino, and spa from Atlanta City ranked 6th in the list of top ten most popular casinos in the US. Come and try your luck in the best casino in Atlantic City. Borgata was built to bring back the high rollers and it accomplishes its goal well. The Borgata opened in July 2003 as a Las Vegas-style megaresort and is the top-grossing casino in Atlantic City. 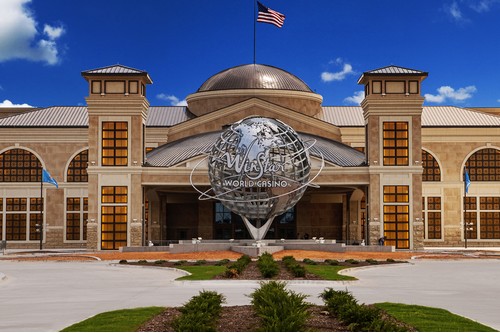 WinStar World Casino is a hotel and casino located on the Oklahoma-Texas state line, one mile north of the Red River, at Exit 1 off Interstate 35 in Thackerville, OK. The casino is Oklahoma’s largest casino and the 2nd largest in the world. WinStar has over 7,200 electronic games, 46 table poker room, 76 table games, Racer’s Off-track betting, High Limit Room, Keno, and Bingo. WinStar World Casino Hotel Tower Two is expected to open in Fall 2013. Tower Three is expected to open 6 months later. 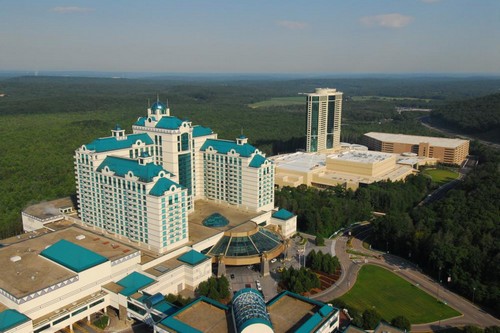 Foxwoods Resort Casino is a hotel-casino in Ledyard, Connecticut on the Mashantucket Pequot Indian Reservation. The casinos have more than 380 gaming tables for blackjack, craps, roulette, and poker and have more than 6,300 slot machines. There are several restaurants within the casinos, among them, is a Hard Rock Cafe. Foxwoods has 2,266 hotel rooms and a two-story arcade for children and teens. It is now the second largest casino in the United States at approximately 340,000 sq ft of gaming space, behind WinStar World Casino in Oklahoma. 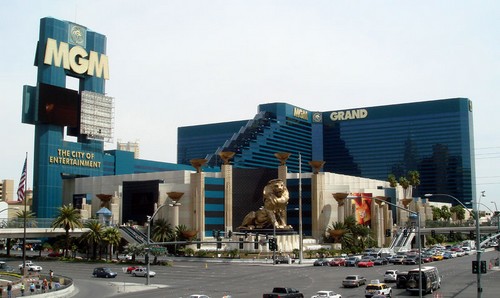 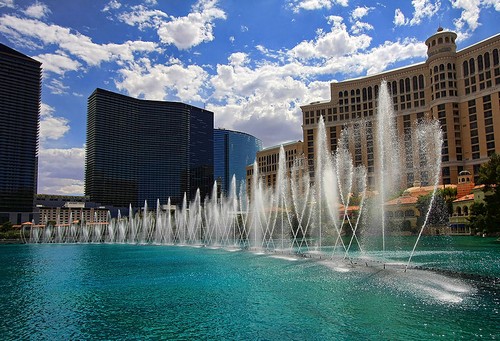 Bellagio is a luxury hotel and casino on the Las Vegas Strip in Paradise, Nevada. It is owned by MGM Resorts International and was built on the site of the demolished Dunes hotel and casino. Inspired by the Lake Como town of Bellagio in Italy, Bellagio is famed for its elegance. One of its most notable features is an 8-acre lake between the building and the Strip, which houses the Fountains of Bellagio, a large dancing water fountain synchronized to music. This hotel and casino specially caters to the elite and provide them with a wide range of lavish rooms and the impressive gaming floor. Whether you visit Bellagio to play only a hand or spend your entire time here, it will make you feel as if you are a royal king. 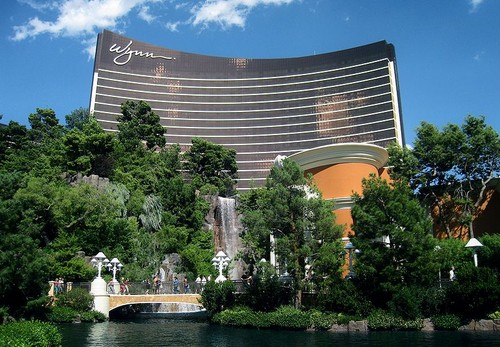 The luxury resort and casino, Wynn from Las Vegas tops the list of top 10 most popular casinos in the US. The resort has earned AAA five diamond, Mobil five-star, Forbes five-star, and Michelin five star ratings for hotel, as well as one Michelin star for restaurant Wing Lei. and is considered to be one of the finest hotels in the world. It has now become one of the most popular casinos on this ‘Las Vegas Strip’. Finest fusion of nature and luxury. This casino offers a number of games such as – Craps, Blackjack, Carribean Stud, B6, Three Card Poker and many more. A long trail of Ferrarians can be seen in the waiting lounge for high-class betting in this tech-savvy casino. And yeah, it is one of them most favorite location for movie directors, showing a casino somewhere in their movie.