The US promises something to every kind of traveler, be it the lone drifter preferring isolated spots on the beach or night owls (nocturnal) hunting places to live through the night while they doze in the day. From the deepest Atlantic Ocean to one side to the most serene and calm Pacific Ocean on the other, the US promises deserts, beaches, mountains, forests, urban jungles, concrete, sand and ruins to tourists that visit the country every year. Tourists spend more money in the country than anywhere in the world. And after France, it is the second most visited country for tourism in the world. Listing out top 10 places in the US has been hard but we have come up with one for you. Have a look! Top 10 Travel Destinations in the US. 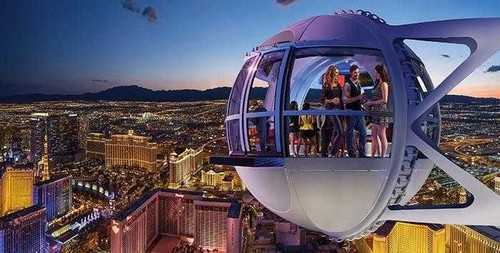 Legend has it that you can run away from home without being caught, marry when you are not of age, do drugs and almost anything in Vegas because “what happens in Vegas, stays in Vegas”, a slogan about the city that covers everything has been earned by it and rightly so. The Hangover does aim to catch a shred of life that goes on in Vegas but to get a full glimpse of world class entertainment, you will have to visit it yourself. The city’s attractions are in conflict with teachings of the Muslims by the way, but they say that there are no rules in Vegas (barely).

Today there exists a large number of attractions in the US in the form of amusement parks, golf courses, hotels, festivals, museums, galleries, restaurant’s, spas and sports. Over 700,000 number of tourists were recorded in the year 2014-2015 according to Wikipedia. 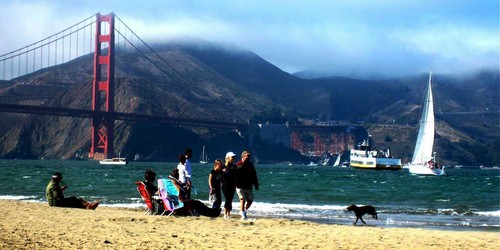 The state of California is amongst the highest tax paying states of the US and is an expensive place to live and shop at. The taxes are quite high, yet there is an unmatched offering of picturesque scenery, the San Francisco bridge, tasty food in restaurants, opera, museums and lively bars for tourists. The Alcatraz Island that has appeared in the famous movie The Rock is a must see if you like war and crime thrillers. Visiting the place in rain would add to the feeling of how miserable this prison would have been. On a 45 minute drive from San Fran lie the Sutro Baths that offer stunning views on a sunny day. Lombard Street, the Californian Coast and the Golden Gate Bridge should make it to your list to do in the city too. 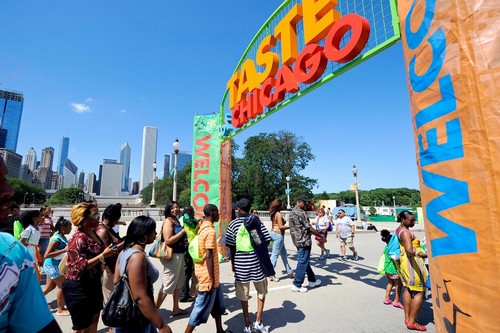 The Art Institute of Chicago, the whirlwind of music, modern art, fine dining and the Field Museum are just a few things that the place offers you. Chicago buzzes with energy twenty four hours a day, seven days a week. Whether it is a look at the Chicago skyline or the Millennium Park, the city is totally walkable! That means after all the fooding, you have plenty of margin to let go of the calories. What more could you want from a holiday that is both fulfilling and healthy!

NYC for short, they say that the city never sleeps! It would cost you around 70 Dollars per day even if you sit back and do nothing so it is not a very frugal place. Yet, the city buzzes with entertainment and energy throughout the day. If you crave a sandwich at 4 a.m, the city has it for you and that is why the nocturnals like it. The Big Apple made it to the top ten list of ours because of the Times Square with the biggest show of LEDs in the world, the shopping and the people watching that you can do. New York is a place for those who want to live every moment. Those of the gregarious nature will definitely love the place. 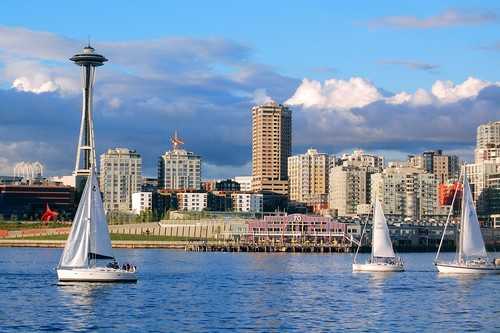 Besides the bookstore that Bella Swan from Twilight wanted to visit, we believe Seattle has much more to offer than prey for the night crawling vampires. The Space Needle is the top attraction here in Seattle and people flock to watch the city’s skyline at night. The Pike’s Place Market and the mountainous backdrop scenery coupled with live music is something that is both a combination of serene outing and entertainment. Situated in one of the wettest areas of the US, Seattle offers plenty of shade to those who want some time away from the sunlight and heat (yes I learned this from Twilight). 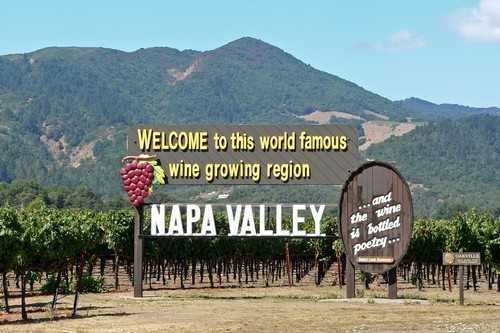 If you want to nestle in a place between the mountains, bread and breakfast at Napa is the destination for you. It lies in the lap of mountains like a secret Tuscany and provides luscious food cuisine to match the finest wine. For people who are looking for some peace and quiet, Napa is the place to be at. With luxury amidst scenery that exudes peace and serenity that anyone tired of the city beats could want, Napa is a place that boasts many renowned vineyards and nature parks. It is a place that has been built by nature for the love of nature itself. Religious beliefs could hinder the wine tasting on excursion trips, nevertheless, it is a place meant for relaxing. 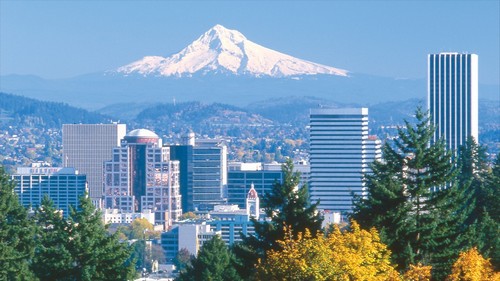 Although Portland is a big city in Oregon, it offers an ecology that many would not expect there to be. Once you are in Portland, it is hard for a gregarious person to leave it since getting on the bandwagon is so exciting and welcoming that you want to keep enjoying it especially if you are coming from whirring cities around the world. Despite walks in the park that could be refreshing, Portland offers upbeat nightlife. During the day, let out the carbon dioxide building up in you as you take a walk or bicycle to the city’s gardens– International Rose Test Garden and the Portland Japanese Garden are highly recommended- and enjoy the energy that the hustling and bustling nightlife has to offer. 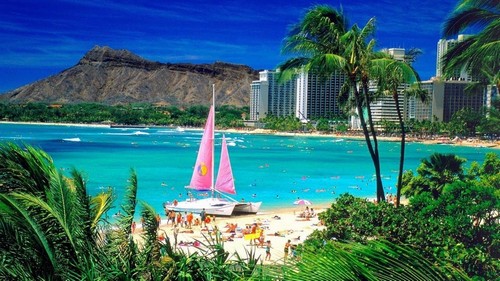 If there’s one reason you want to visit Honolulu, it is the memories of Pearl Harbour. Many of us are reminded of the Josh Hartnett and Ben Affleck blockbuster that is based on the Pearl Harbour bombing of the Japanese, but there is more to the place. Real memoirs from USS Arizona and the WWII Pacific National Monument are two most popular sites for history buffs. If you love history, you will easily feel time flying away at these historic sites. If any person in your traveling group belongs to the same era- you will definitely relive those moments as they recall what happened that day. Besides the Pearl Harbor memories, Honolulu offers much more to tourists. The amazingly beautiful beaches and parks present breathtaking view to the visitors. There are activities like snorkeling, surfing, kayaking and horseback riding besides watching live dance and shopping in the city. Hawaii is also a popular filming and shooting destination so you might come across celebrities too! 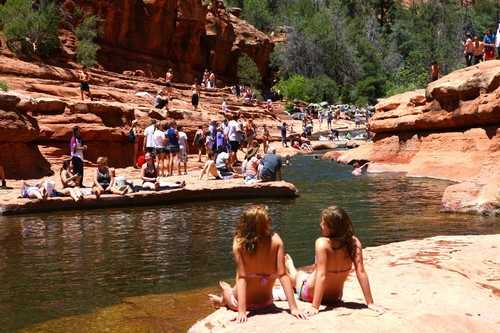 When we said that America offers something to each kind of traveller, we meant it. If there are skygazers and star watchers in your family then Sedona might be a good place to spend the night at. Like a jewel in the desert, the place reflects its glittery shine on the sky at night when the sky is full of stars, galaxies and planets that are visible to the naked eye! Don’t miss out the day tour to the Rock Country while you are there in Sedona. Satisfy the explorer within you at the Grand Canyon. 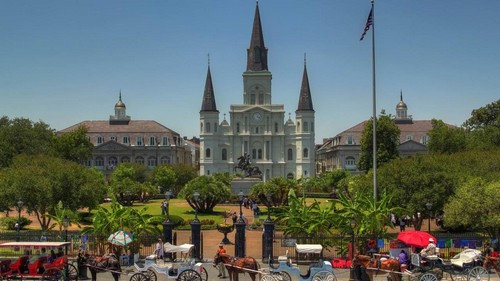 Although it suffered a setback after the storm “Katrina”, the place still remains one of the top tourist destinations in the US, which is why it tops our list too. With Creole music and food at every corner, this city has soul to spare.“Oh you went to Louisiana, just to see your Susiana, singing polly wolly doodle all the way. Fare thee well!”.