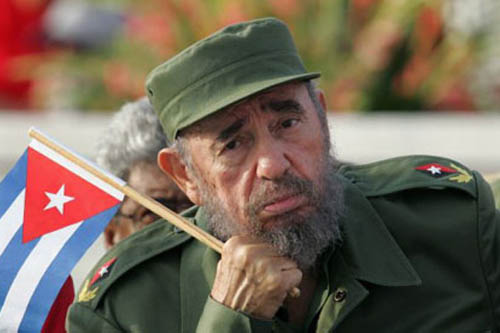 He had been in power from 1959 to 2008. He was the longest reigning dictator. Taking advantage of the world’s preoccupation with the Iraq war in March and April of 2003 he carried out brutality by arresting 75 human rights activists, journalists, and academics, and sent them to jail for around 19 years. Castro traditionally blamed all his country’s problems on the USA. 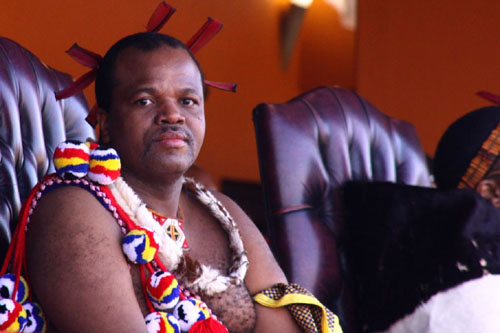 He has been in power since 1986. Take note this is not Switzerland. Swaziland is the last absolute monarchy ruled country in Africa. Mswati III took to the throne at the age of 18, four years after the death of his father. Though educated in England he turned out to be a follower of the tradition of dictatorship. In 2002, he organised the annual Reed Dance where among the thousands of bare breasted young woman he choose his tenth wife (in case you didn’t know his father had 100 wives). Once he had tried to appease international opinion by approving the draft of a new constitution. However the new constitution bans political parties and allows the death penalty for any criminal offense. 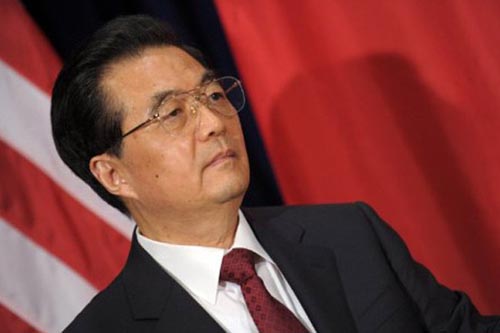 He has been in power since 2002. Hu Jintao joined the Communist Party in 1964 before which he was a hydrolic engineer; 38 years later he became the leader of communist China. He has been a ruthless politician, killing demonstrators and clamping martial rule in cities. Between 2002 and 2012 he was the paramount leader of China. Under rule of The Communist Party of China there is no freedom of press, he has employed 40,000 internet security agents to monitor the online lives of its citizens. China performs around 4,000 executions every year and 200,000 Chinese are subjected to re-education sentences in labour camps for violent and in many cases for non-violent crimes. 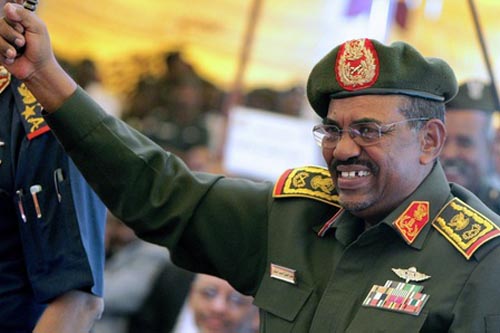 He has been in power since 1989. Sudan has been in civil war for the past 20 years with 2 million deaths and 4 million homeless. In a military coup back in 1989, Al-Bashir seized the thrones and began his reign of brutality, first with the suspension of the constitution followed by abolition of the legislature, and banning other political parties and unions. He insists on ruling the country in accordance to Islamic Shari ‘a law, even though the south of Sudan is inhabited by Christian and animist. He even is alleged to have provided sanctuary to terrorists and would later bargain them with other governments for money. 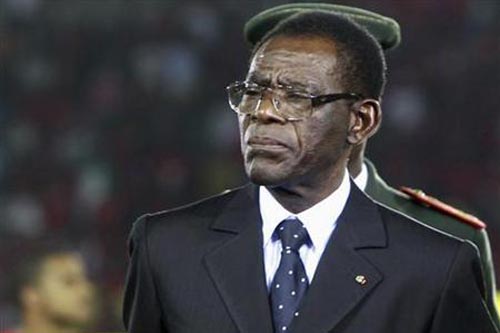 He has been in power since 1979. In the small country of Equatorial Guinea (population 500,000) large oil reserve was discovered in 1995. Since then United States of America has been investing millions of dollar into oil projects pushing Guinea’s annual per capital income to $4,472, in spite of which 60% Equatoguineans live on less than $1 per day. Most of the money from the oils is allegedly hoarded by the President himself. Nguema had once declared that the country of Equatorial Guinea is not poor, only the citizens prefer living in a certain way. The country has no public transport, no newspapers. Only 1% of government wealth is spent on health care. Nguema has full control over the wealth of the country which he says helps avoiding corruption. Nguema goes to the extent of declaring that he is “in permanent contact with the Almighty,” and that “He can decide to kill without anyone calling him to account and without going to Hell.” 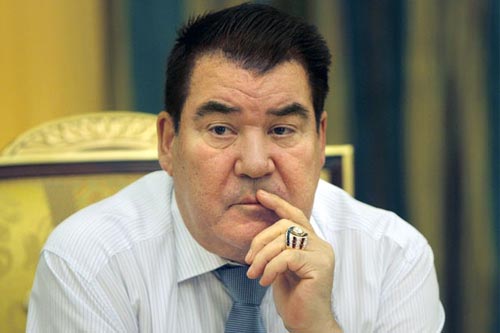 He has been in power from 1990 to 2006. Unknown to many but Niyazov like Kim Jong Il has forced his personality into a cult to be followed by his countrymen. He was an absolute dictator, his picture appeared in Turkmen money, his statue appeared around every street corner, Niyazov had even renamed the month of January after himself. His book, Book of the Soul, was a compulsory read at schools, and all government employees had to memorize certain sections of the book mandatorily. There was no opposition in Turkmenistan. Religious and ethnic minorities had alleged harassment in the hands of government authorities who refused to grant exit visas for families for women under the age of 35. Under Niyazov’s rules Stalinist-style show trials and public confessions were followed. The Turkmen constitution requires retirement at the age of 70, but Niyazov ensured his own rule by creating a 2,507-member People’s Council which unanimously elected him Lifetime Chairman until his death in 2006. 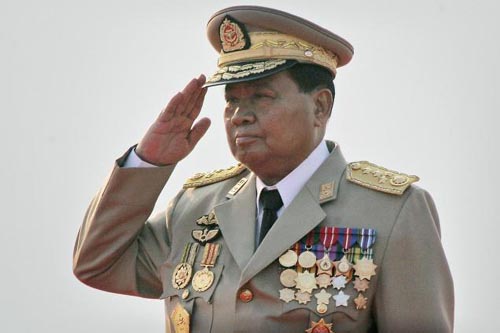 He has been in power since 1992. In order to reach to the throne, Than has mistreated human rights to the worst levels possible. Burma has the largest number of child soldiers and even kidnaps it citizens who are served as porters for the military in conflicts against non-Burmese ethnic groups. In 1990 the Nobel Prize winner Aung San Suu Kyi and her party won the Burmese election by a majority of 80 % but no sooner had the results been declared, the Burmese military cancel the election and simply discarded the results. Since then Suu Kyi has been subjected to house arrest. Very little is known about Than Shwe for he largely keeps to the shadows. 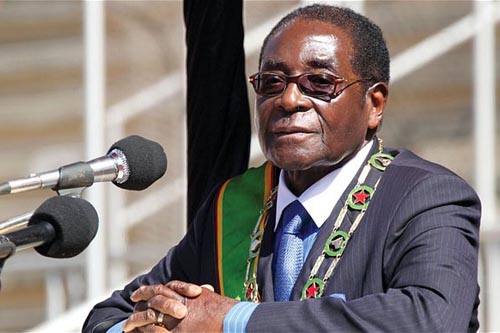 He has been in power since 1980. Though before the leader of Zimbabwe he had international as well as the national support, unfortunately Robert Mugabe later turned out to be a violent and tumultuous ruler. He has served as prime minister of Zimbabwe since 1980, and had become the nation’s president in 1987. Since then he has been re-elected to the presidency multiple times, but elections have been accused of fraudulence and intimidation. In his country inflation rates are of staggering 500% and 70 % of the population suffer unemployment. He has been accused of disrupting food delivery to places where the people support the opposition. He has snatched away the freedom of press and restricted the movements of the opposition party. In 2008 Mugabe lost the presidential election to Morgan Tsvangirai, leader of the opposing ‘Movement for Democratic Change’ party; unwilling to let go of his power and he demanded a recount and Tsvangirai was later arrested and charged with treason. 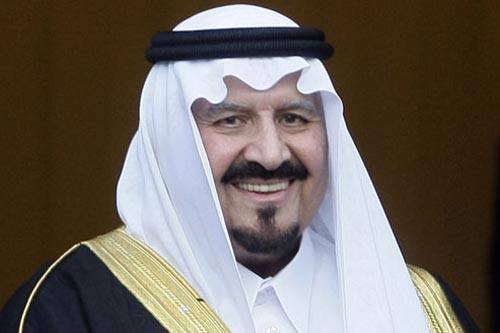 He has been in power since 1995. Saudi Arabia is one of those few countries that have no election. The US State Department has accused Saudi Arabia government of arbitrary arrest and torture. During a human rights conference in 1995, some non-violent protesters demonstrating for their freedom of expression were arrested by Saudi authorities and were subjected to the archaic punishment of flogging. Following patriarchal religious rules Women were previously forbidden from voting or being elected to political office. Saudi Arabia is the only country in the world that prohibits women from driving. Saudi Arabia is the only country to have scored zero in the category of political empowerment. Domestic violence against women and children was traditionally not seen as a crime in Saudi Arabia until 2013 when the cabinet decided to ban it. Shockingly there are no laws limiting the age of marriage for both girls and boys. Religious authorities have justified the marriage of girls as young as 9 and boys as young as 15 and of course there is no prohibition to statutory rape. When it comes to the women question in Saudi Arabia, the list of repression goes on and on. 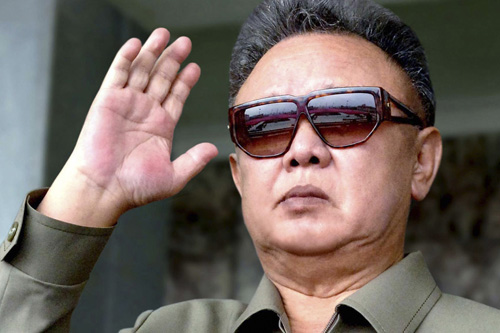 He’s been in power since 1994 until his death in 2011. The 37 years of regime sent North Korea at the bottom of every liberal list ranging from political rights, civilian rights, and freedom of the press among others. Kim Jong Il has been accused for the most heinous of crimes like bombing, murder, kidnapping, torpedo attacks and every sort of human right violence imaginable. Rumour abounds that at the age of 5 Kim Jong Il had drowned his brother to death. In his country the family of political prisoners are deemed as state enemies and subjected to labour and starvation for generation after generation. Under his reign the countrymen has starved to death on several occasions out of famine and flood. No wonder he tops our list of nasty contemporary dictators.