Ever since pro wrestling came into being, fans have always cheered the good guys (called baby faces) and booed the bad guys (called heels). A wrestling villain can easily be recognized with his sneak attacks, arrogant promos and cowardly tactics. Superstars like Roddy Piper, Triple H and Chris Jericho have mastered this craft and are able to invoke the fans’ hatred with relative ease.

But there have been numerous instances over the years when “reel life” cowards ended up being real life badasses, with acts of heroism on their part. 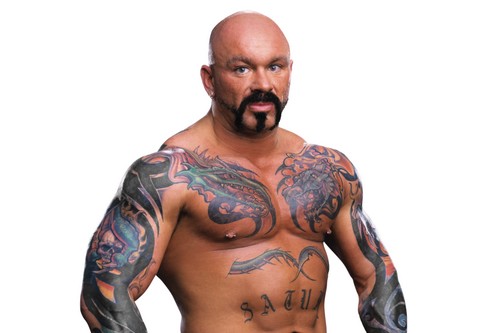 Saturn debuted in the World Wrestling Federation as a member of the group called The Radicalz, along with Chris Benoit, Eddie Guerrero and Dean Malenko. The group forged alliance with the biggest heel at the time, Triple H, attacking the fan favourite Stone Cold on multiple occasions in acts of cowardice.

In 2004, Saturn stumbled upon a scene where 2 men were about to rape a woman. He immediately sprang into action. Suddenly, one of the men took out a .25 caliber handgun and shot him in the back of his neck, which Saturn initially thought was a punch (as stated by him in a shoot interview). The woman was saved though, and it took Saturn years to recuperate, but is currently doing what he does best, kick ass in indie wrestling. 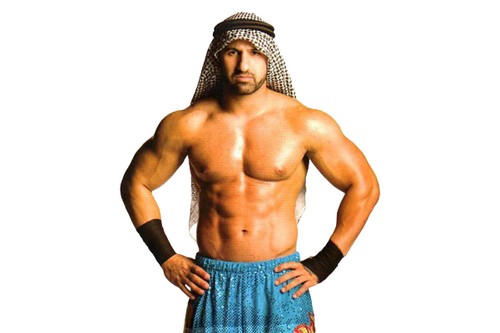 Daivari and Muhammad Hassan were quite possibly the most hated heels in modern wrestling. Their gimmick was of two Arab Americans who were fed up of the stereotypes they were receiving after the events of 9/11. They were immediately put into high profile feuds against the likes of Undertaker and Hulk Hogan. Daivari was released in 2007.

In 2012, Daivari made headlines when he took down a drunk, frenzied passenger on a train. In addition to shouting racial slurs, the passenger threatened to kill everyone on board. This didn’t go well with Shawn and he proceeded to put him in a choke hold. Witnesses reported that Daivari applied so much pressure that the man peed his pants. As per several tweets after the incident, Daivari proved once and for all that wrestling IS real. 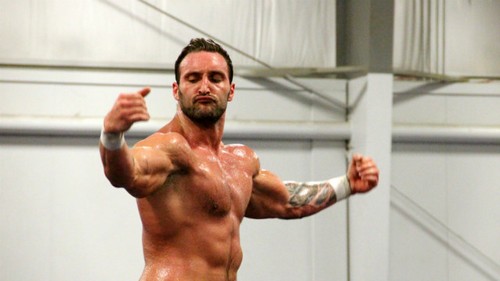 Masters had two brief stints with the WWE, his gimmick being that of a muscular hulk bearing the physique of a Greek God. Despite his look, he remained a villain throughout his career.

Masters grabbed eyeballs in March 2013, when it was reported that he saved his mother from a burning house. A crazed neighbor had kept his mother hostage inside, and proceeded to set fire to the house. In an act of incredible heroism, which by the way, would certainly make any Greek God proud, Masters pulled out a 10 foot tree from the ground using his bare hands. He then threw the tree through a window, located his mother inside, and pulled her out to safety. The accused was charged with arson and thrown in jail, and Masters garnered some deserved media attention. 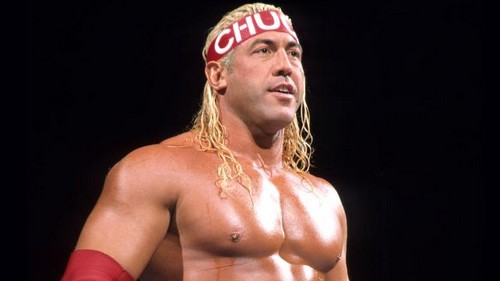 Best remembered for being a member of the F.B.I. (Full Blooded Italians) in WWE, Palumbo was the muscle of the notorious group. The FBI feuded with the biggest faces of the time like Kurt Angle and Brock Lesnar.

In January 2016, Palumbo saved a woman’s life following a car wreck. Palumbo was heading for his home in El Cajon, when he noticed a car turned on its side. He stopped to help and climbed on top of the vehicle, noticing an unconscious woman whose arm was pinned under the car. A professional mechanic and former wrestler, he easily lifted the car enough to allow the woman to move her arm out. As a fire engine came to her aid, he got into his truck and left the scene to avoid answering questions. Altering Stone Cold’s words a little on this one- “Arrive. Save. Leave.”

Hodgkinson was one of the few popular wrestlers who never worked for the industry giant, WWE. He wrestled for WCW in the late 90s, followed by short lived tenures in independent promotions. He’s currently working as a color commentator in Lucha Underground.

Back in March 2015, He was at a McDonald’s in Thunder Bay, Ontario, when he noticed a man suddenly convulsing on the restaurant floor. Without panicking for a moment, like his troubled On screen persona, Hodgkinson called 911 and even performed a couple of first aid techniques on him. The paramedics later reported that this act was a major factor in the man’s recovery.

There’s more. Hodgkinson is a member of Guardian Angels, a crime patrol organization established in 1979 to keep watch on NY subways. Dude’s got badass written all over him. 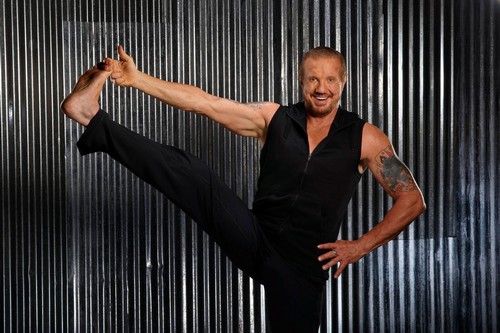 When it comes to talking about pro wrestlers being badasses in real life, this guy’s name HAS to be there somewhere at the top. Nope, he didn’t save some helpless kid from bullies or prevented a robbery. Nothing like that. DDP was a popular face in WCW, but was relegated to become a creepy heel who stalked Undertaker’s wife. After retiring, he established a fitness venture.

Over the years, DDP has saved several lives with the aid of his DDP Yoga program. Cases in point- Jake Roberts and Scott Hall. These once popular wrestlers, brought themselves to the brink of death attributing to years of alcohol and drug abuse. Ever the true friend, DDP invited both of them to live with him in his home on separate occasions. Following months of rehabilitation, DDP succeeded in cleaning them up.

Hall and Roberts were inducted into the WWE Hall of Fame in 2014. Their inductee? The man who practically saved them from certain death- Diamond Dallas Page. 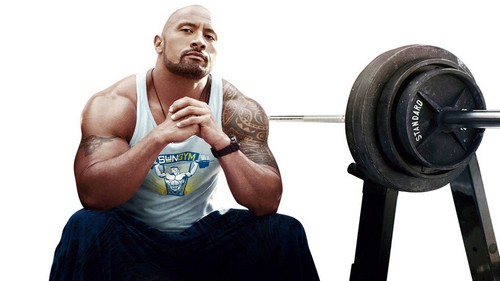 Dwayne “The Rock” Johnson is quite possibly the single most popular wrestler on the planet, even having surpassed Hulk Hogan in terms of popularity and recognition in mainstream media. His full time wrestling career spanned just under a decade from 1996 to 2004, where he established himself as a baby face who was loved by millions as well as a heel who was universally hated for bragging about his Hollywood accomplishments. The Rock’s Hollywood persona made him one of the most despised villains during the early 2000’s, especially in Canada. His cowardly tactics to best the likes of Hulk Hogan and Stone Cold irked the fans in ways not many wrestlers did in the past.

While on the sets of Fast and the Furious 6, Rock proved once and for all that he was the exact opposite of the cowardly heel he used to portray on the weekly episodes of WWE Raw AND Smackdown! Johnson was in the middle of a full-fledged fight scene, clad in FBI attire complete with a badge, when he saw some goons attempting to steal a couple of vans parked in a corner of the set. Realizing what was going on, Johnson charged off towards the would-be culprits, still in his shooting attire. The shot of a super-sized former wrestler running towards them forced the thieves to think fast and the best they could think of at the moment was to flee the scene. Quite a good decision, given the Rock’s size and strength, if you ask me. 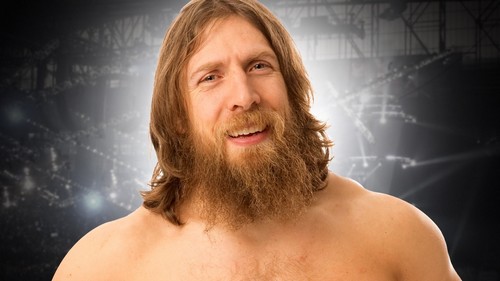 Daniel Bryan, who shot to fame after his “Yes Movement” took off and garnered mainstream attention back in 2014, foiled an attempted robbery at his home in Phoenix, Arizona.

Bryan, before becoming a fan favorite in 2014, was one of the top heels in the WWE back in 2010, when he debuted on the man roster as a part of a group of rebellious rookies who called themselves ‘Nexus’. The group wreaked havoc on the Raw roster over the summer of 2010, targeting wrestling greats like John Cena, Bret Hart and many more.

On this night, Bryan was returning with his wife, WWE diva Brie Bella, when he spotted two robbers coming out of his home carrying loaded bags. The moment the burglars saw that they had been seen, thy dropped the bags and took off. Bryan decided to take matters into his own hands, charging at full speed towards the culprits. After a 400 feet chase, Bryan succeeded in catching one of them while the other got away. The submission specialist put a “rear naked chokehold” on the thief until police arrived on the scene.

Bryan lost a bracelet given to him by his father who passed away earlier in the year, but all the other stolen things were recovered back. 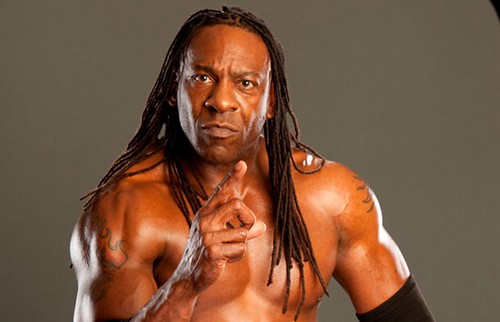 Booker T. is widely remembered in the wrestling world as one of the best WCW champions of all time, having held the title an impressive five times. He was a convicted felon who was taken in for armed robbery before he appeared in the wrestling scene. During his final years in the WWE, he emerged as one of the most loathed heels of the time, bearing a crown after having won the King of the Ring tournament and proclaiming himself “King Booker”. His dastardly heelish tactics against the likes of Batista and Bobby Lashley garnered him instant heel heat among the WWE audience.

Booker was enjoying a meal with his wife and three kids, when out of the blue, a gunmen approached the counter and demanded money from the cashier. The cashier, helpless and frightened, proceeded to empty the cash register when he heard a familiar voice from behind.

Booker shouted his iconic WWE catchphrase, “Can you dig it? Sucker?!” and began sprinting towards the cash counter, jumping from table to table. As an icing on the cake, he performed his famous finishing move, ‘The Scissor’s Kick” on the robber to subdue him and save the day.

Andrew Torres, an 18-year old employee at the restaurant, said that while watching Booker’s heroic act, he felt as if he was watching WWE as a child all over again after all these years. 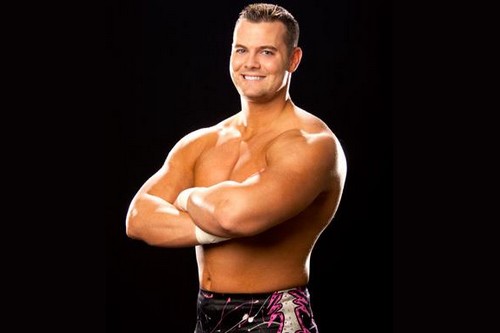 Smith is the son of one of the most loved foreign WWE superstars of all time, the late, great Davey Boy Smith a.k.a. The British Bulldog. David wrestled in the WWE for a short period of time as a part of a tag team called The Hart Dynasty, along with Tyson Kid. David was released after shortly after a brief stint as a face and a failed attempt as a heel.

Recently, Smith helped the police take down a thief in Amsterdam. The thief stole a woman’s purse and was about to flee the scene when three guards caught him. Upon seeing them having a hard time controlling the thief, David Smith jumped in and put the thief in a choke. The man, presumably a WWE fan actually started tapping out but Smith was having none of that. He removed his hold until the thief got calm and security took him away.