Martial arts fighter, actor, director, producer, screenwriter, singer and stuntman: Jackie Chan has a versatile and a painful career. The Man from Hong Kong is the most widely active stuntman in the world. He has worked in nearly a hundred movies as an actor. Here we listed top 10 most spectacular stunt injuries of Jackie Chan. 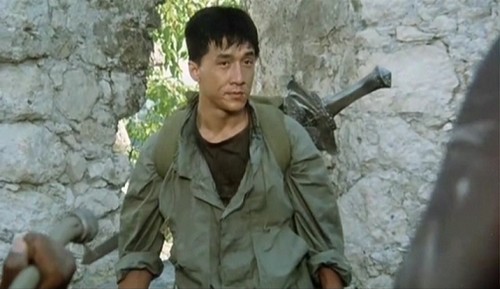 The most severe injury Jackie Chan retired to at a relatively unspectacular stunt. In Armour of God (1987) was when he jumped from a wall in a tree. One of the branches broke and Chan crashed on the rocks underneath. The result was a fractured skull, which had almost killed him.

In the emergency surgery his bone chips were removed from his head. The breach was closed by a plug. Due to the accident, blood came out of his ear and Mr. Chan has since been hard of hearing on one side.

Only a year later he was filming for “Police Story 2”, a chair was thrown at his head during a scene, which led to heavy bleeding again. 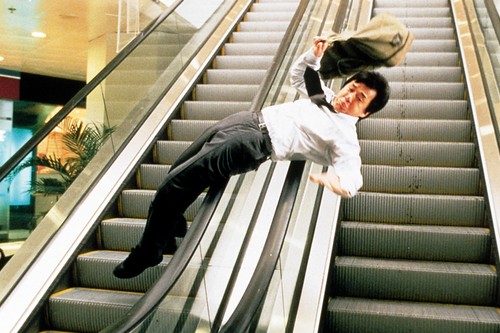 In the filming of “Police Story” Jackie Chan went over some boundaries .The deeply human impulse to want to protect one’s own life did not seem to apply to him in 1985.

The injury list reads like a weekly program of a small-town hospital: finger fracture, deep cut injury on the forearm, burned hands, electric shock, and injury to the pelvic bone, broken vertebrae and impending paraplegia.

Main Cause: jump from a railing on an electric light strand followed by several meters long glissade in depth by fall on a glass roof with breaking through the glass. 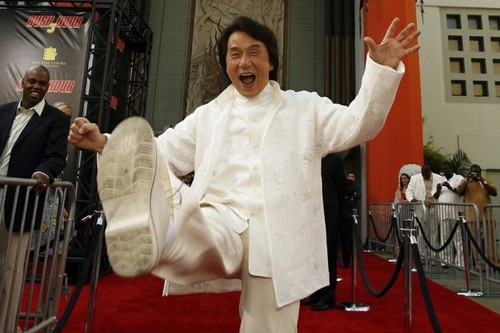 Originally, Jet Li had to take the lead role. Since his agent did not want a film about organized crime. So hit star Jackie Chan was signed by Hong Kong productions.

He got it with his lower body between two colliding vehicles. The result was complicated comminuted fractures in both legs. 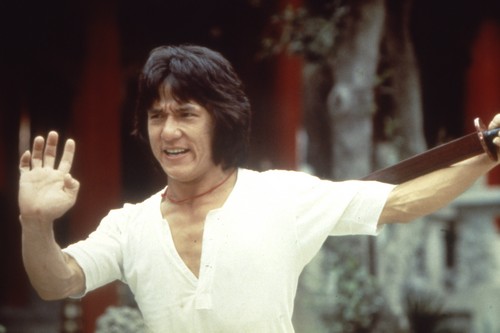 A scene from the silent classic film “Ironically Skyscraper” was being reprojected by Jackie Chan. Earlier in 1923 Harold Lloyd had done it. Chan did it too!

So he let himself fall from a clock tower in the depth. The only assurance: two thin awnings. He gave three shots because he was unhappy with the first two results.

Chan’s head came first on the ground and suffered a serious neck injury that was close to the broken neck. 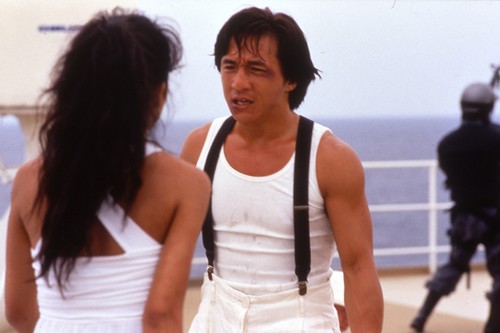 Damage of the knee was part of the everyday life of this fearless daredevil. Therefore, he has an unusual gait and difficulty in jumping.

By his own admission, he suffered the most severe knee injury during the filming of “City Hunter” (1993). It was due to a chase on skateboards to see when Ryu Saeba (J. Chan) is driven by a group of young men in the building and the flowing traffic.

Among other things he made several jumps through windows on the street and over oncoming vehicles. 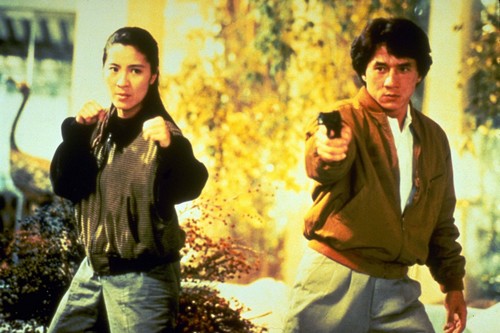 In Police Story 3 (1992) he was supposed to dodge an approaching fluttering helicopter. However, the aircraft struck him on the right shoulder.

Chan ripped his shoulder muscles and remained hanging until he was rescued by the crew. A year later while filming for “City Hunter”, he dislocated his shoulder.

7. Rumble in the Bronx
Foot injury. 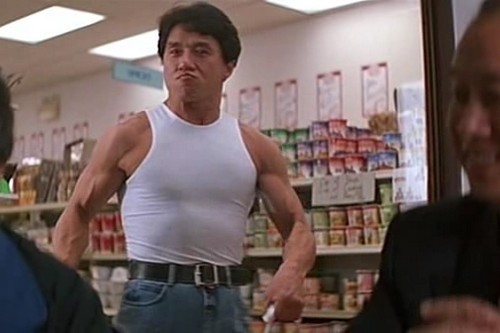 While filming Rumble in the Bronx, Jackie broke his ankle jumping from a bridge to a hovercraft. He was told not to walk on his injured ankle, but Jackie didn’t want to stop the shooting so he designed special sneakers to cover the broken ankle to show everything was normal. 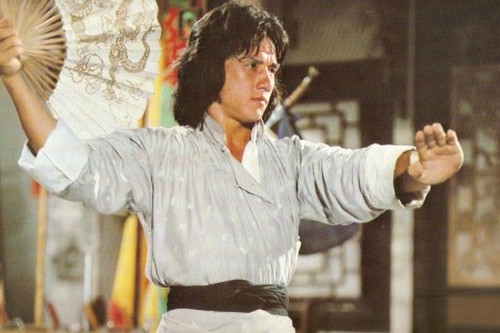 The nose is a popular target for hostile fighters.

In 1997, with the filming of “Mr. Nice Guy”, it was time again and obviously so far the last time. 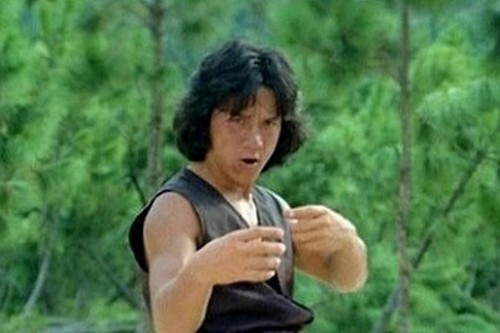 Jackie Chan’s eyesight was three times in danger. In “Drunken Master” (1978) his brow ridge was injured, and he nearly lost an eye .In “Miracles”,1989 he got struck unexpectedly by a board in the face during a fight scene.

The laceration was so violent that the function of his left eye was in danger. Particularly intense it again caught him in 2003 while filming of “The Medallion”. When a cracked steel cable struck a few millimeters next to his eye. 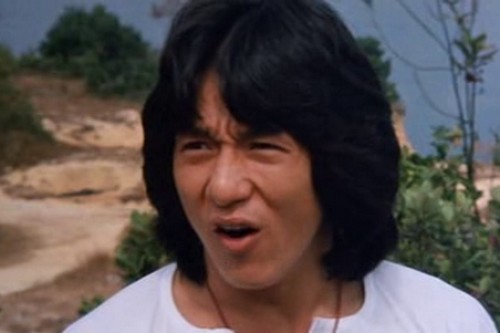 The movie was directed and written by Jackie Chan but did not make much as it was expected.

As Jackie mentioned in his book I Am Jackie Chan: My Life in Action, he injured his chin during a stunt, which made it difficult to say his lines and direct the film.