Life is ever-evolving. We may sometimes feel that nothing has changed but glancing back we can see that everything has changed. And although memories stay, it’s hard to sometime believe some of the old stuffs that had existed, things kids of this generation won’t remember. Here we have come up with such things that’ll send to a ride down the memory line. 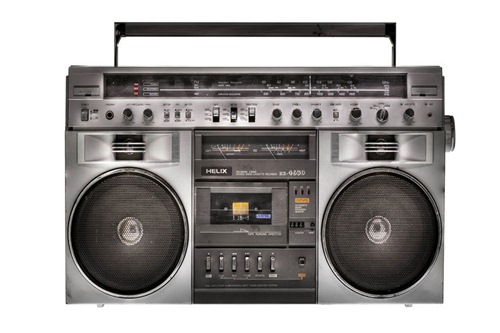 If you have a party these days what do you do for music? Simple, just get your iPod and your iPod dock with speakers and blast off. No fuss! You have a playlist, so you don’t even have make one. Plus it’s plugged in so no worrying about power! But back in the days, if you wanted to have a party or just listen to music with some friends you had to have this big goofy thing called a BoomBox. Its one of those things kids of this generation won’t remember. It held 1 CD or 1 cassette tape. You had to manually choose the song after each one was done. By the end of the night you would have 50 CD’s sitting around it scratched up and the boombox’s 8 batteries are all dead so you have to spend another $30 on batteries.

9. Needing A VCR To Record Your Favorite Show? 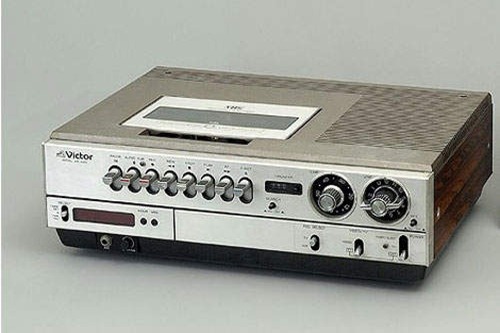 Oh yes, there was a time before your precious TiVo. Back when the letters DVR were unknown. If you really loved a show, and I mean you really had to love it, you had to buy a VCR and a black VHS tape. You’d have to time it perfectly too. You can’t just set it and forget it like you can with TiVo. You had to wait until the show was just about to begin and then press the Record button. There was no way to see it was working either until it was done. So you were often left with an un-recorded tape. If it did work you only had enough room on the tape for 1 or 2 episodes. So you would have to have a collection of about 50 if you wanted to watch an entire series!

8. Getting Up And Walking To The TV To Change The Channel 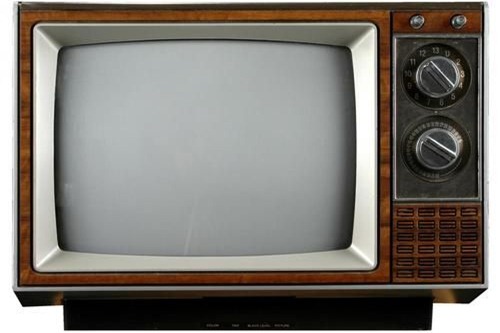 There are remotes for every single thing these days. Even your iPhone can be used as a remote with the right app. Your stereo system, your TV, your lights, your video games, your car! Everything can be turned on by remote these days. However back in the, not-too-distant-past, there was only 1 remote that would work with the old house TV. If you lost this remote, you had to get up from your couch and actually manually change the channel on the TV. That means you often sat through whatever was on until something you really hated enough came on that made you get up and change it.

7. One Phone Per House 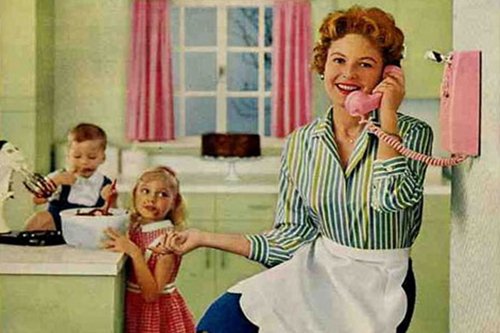 So nowadays everyone has a cellphone. Everyone can make calls anytime they want, day or night. It’s no big deal. However, not so long ago it was very different. There was one phone in the house. It was located in the kitchen and was attached to the wall with a 30-foot chord. So you had to go to the kitchen to make a call. However since you’re not the only one who needs to make calls, you often had to wait a few hours for it to free up. This caused many fights and many injuries due to strangling your sibling with the chord. Haha! 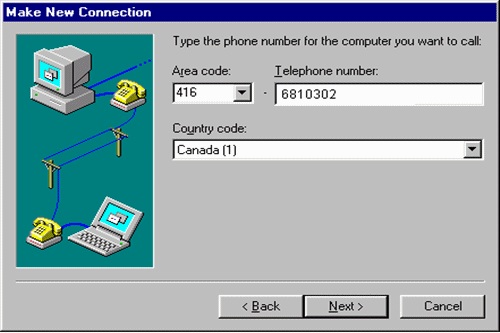 Most people these days just take their internet connection for granted. They think high-speed internet grows on trees and is a birth-right. Most laptops and tablets and phones connect wireless with no effort at all. You just go anywhere and you’re on a network. But not back in the oh-so-old 1990s! Back then we had only one internet connection and it was called Dial-up. It’s one of those things kids of this generation won’t remember.

First off, you needed a dedicated phone line for this. Then if you wanted to surf-the web or check your emails you’d have to click the dial-up box and wait for it to call in and connect via phone line while making strange noises. If you were lucky, you’d get through about 50% of the time. If it was busy, especially after 4:00pm it was too busy and you would get kicked off a lot. Not to mention that the speeds were snail-like. Opening a web-page took at least 3 minutes and to load the front page, you needed patience. 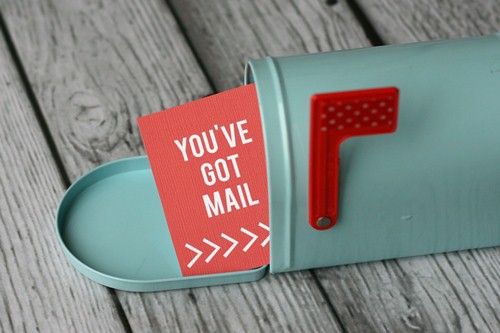 After a few years of random dial-up companies along came AOL. AOL became a must-have. It was the only real way to connect to the internet for a few years and you needed an AOL account. It was pretty simple. You’d open AOL, put in your name and password, then hit connect. It would dial up and then if you were lucky you’d hear these 3 words “You’ve Got Mail”. These magic words came at number five in our list of 10 things kids of this generation won’t remember. 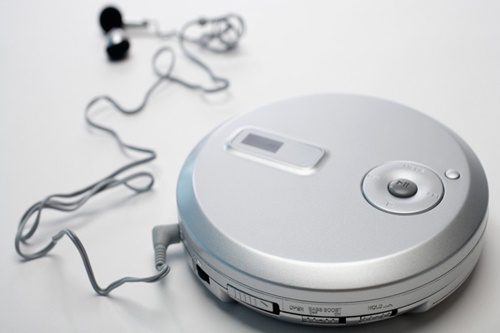 Okay so these days when you wanted to exercise a bit, or just go for a light jog, what do you do? You get your iPod or iPhone or MP3 player and put it in your arm-band and clasp on the headphones when you’re on your way out the door. You have high-quality skip-free music for hours and hours. Now before Apples’ miracle invention, people had a different story. They had a Discman, a portable CD player that was the best thing on the market. It allowed them to jog and play CD’s at the same time. It never worked though. Within just one or two steps, it would start skipping and you’d have to stop and try to fix it. The iPod was truly revolutionary for this one purpose.

3. Having Less Than 100 Channels To Choose From 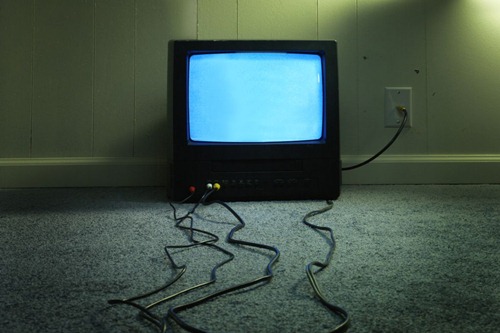 So, right now you’re watching your TV and you most likely have either DirecTV or Xfinity or something similar. Either way you have at least 900 channels. Plus, unless you’re some caveman, you probably have Netflix and Amazon Prime, Hulu Plus as well, which adds another 1000 channels and movies to meet your every whim. Feel like watching 30 Documentaries in a row and then 20 Action and 10 foreign films? Easily done! But not back in the day. Back in the day if you were lucky to have the only cable service in town, it had about 50-70 channels to choose from. Most of them were duds like CSPAN so you only had a good 10-15 quality stations. Such things kids of this generation won’t remember. 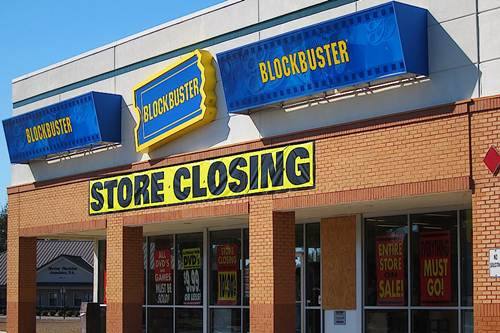 Way back before there was Netflix or Hulu. Before Amazon Prime, and hell even before RedBox! There was this store with a blue and yellow sign. It was in every city you could think of, and it was always packed. It was your one destination for movie-rentals, and your place to rent the newest games. You’d wait anxiously for the release of a new film, then hope you get there before the last copy was gone! RATS! Blockbuster was the place to get all your movie and game rental needs. Try to find one of these places now. 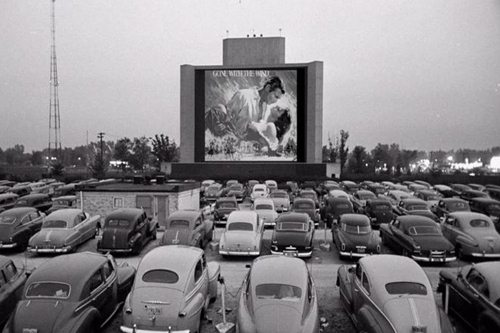 Back before we had huge IMAX theaters. Back before you could watch your favorite new films in 3-D. Back in the day, the greatest place you could take your hot new date was the Saturday Night Drive-In. You’d borrow your dad’s truck and take your date to the drive-in and put the 5-inch speaker box with a hook, on your window. Then you’d sit back and let a scary movie do the work for you. Before you know it you had your arm around her and you’re having the time of your life. Of course, if it rained you were screwed.

Do you have anything to add to the things kids of this generation won’t remember? Comment below.