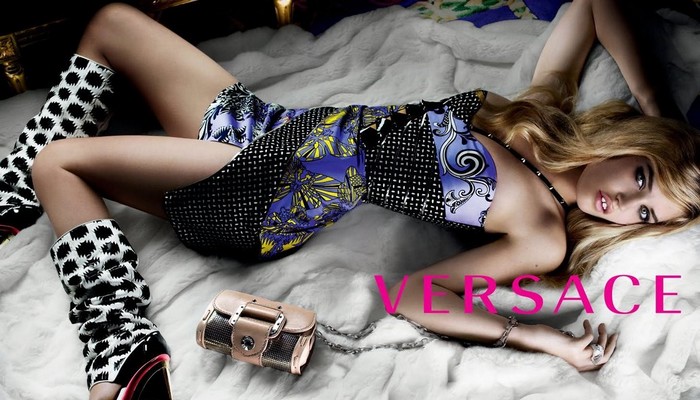 It is a branded world. This is something I had been denying myself for the past couple of years but time made me realize that nowadays even pampers are branded. Even if what kids do in them doesn’t changes with their name. Poop isn’t branded, but what you do it in is- hence a branded pampy pack sells better than a non-branded one. Sometimes there definitely is value for money in what you buy but that is for the bourgeois like us.

For the rich folk, brands are not a luxury rather a necessity. Did you know that high end fashion brands are a recession proof market? That is because the people who buy them have to buy them. They are the makers of recession and remain to the very extent least affected by it.  We wouldn’t be able to buy their bag even in times of economic boom to be honest, because it costs as much as our car but we still like to oggle at the precious pieces stacked in windows and on shelves of high end stores. We have compiled a list of ten top selling brands, clothing and accessories in the world. You will be familiar with all the names at least to the extent of banners and billboards. (like us!)

The brand value of the company known for its high standards is about 3.1 billion USD. They provide flawless tailoring and amazing designs. The most expensive clothing under this brand comes under the name Emporio. They also make accessories like bags, belts, glasses, shoes and scarves. Should you feel like treating yourself to some luxury, their fabric definitely falls under that category.

The total brand value of Fendi is 3.5 billion USD. Paula Fendi launched the company in 1925 and since then it has been providing people with outclass accessories and clothing. Their designer bags range was launched in 1997. The company is owned by LVMH and also owns its own atelier. Fendi is renowned for keeping itself up to date with fashion and thus . It is known for the high quality that it delivers. It’s the 9th amongst top selling brands.

Gianni Versace established the company Versace in 1978 which is now worth $5.5 billion USD and earns a revenue of $1 billion annually. The fashion house is a profitable one that delivers quality as well as innovation in fashion. Their choice of colours and variation in the norm is what attracts people the most. The house of Versace is 8th top selling brands in the world.

Burberry is worth $ 5.78 billion USD and is one of the few to have received a royal warrant which means that the company is an official supplier to the British royalty. However, that happens for as long as the royal is alive. Audrey Hepburn is one of the most prominent names in Burberry and one of the most prominent images in Burberry is the very famous Burberry Check. It is the inner lining of virtually every Burberry product. They also have their perfumes and skin care range. The brand is an high end brand with many products beyond the reach of the white collared man.

Earning around $7.1 billion USD annually, Ralph Lauren is currently worth $6.6 billion USD and is also a part of our list about the 10 richest designers in the world. Polo by Ralph Lauren is a popular line under the name of this brand. Ralph Lauren is the backbone of this fashion house which is known to have provided excellently crafted dresses to many famous personalities of the world. First Lady Melania Trump’s blue cashmere suit on the inauguration of Donald Trump was also the creation of Ralph Lauren’s design house. So we know what kind of clientele they have!

Making around $5.5 billion annually, the company’s worth today stands at $6.8 billion.  It was initiated by Coco Chanel who we have heard was a spy during the World War! Well known for dressing up women, Chanel promises quality, luxury and craftsmanship for the lady who likes to dress up. Life is short so they make every outfit count!

Earning about $3.7 billion annually, the company is worth $7.3 billion. The most recent exposure to a Prada outlet that we have seen is in The Man from U.N.C.L.E where Gaby (Alicia Vikander) states that the “the price of this bag is more than that of my car!” Yes, Prada is one of the most luxurious and expensive brands out there. Established by the Italian leather manufacturer Mario Prada, it delivers genuinely crafted leather products and clothing apparel for both men and women.

With a brand value of $10.6 Billion USD, Hermes is making around $5.3 Billion on an annual basis. When we see those signature Hermes slides (type of ladies’ shoes) boasting of an H on the design, we can’t but help wonder what a company, that exudes grandeur in shoes with an H, would actually be in real. It was established by Thierry Hermes in 1837 and through the 176 of its journey in the world of fashion, Hermes has come to a point where it doesn’t seem to be stopping any time soon.

Gucci bags $4.5 Billion USD annually and has a net worth of $12.4 Billion USD which is quite impressive. Started by Gucci in 1931, it has established itself as a provider of luxury clothing and accessories. It goes without saying that many design houses that initially started out as providers of cloth have know expanded to manufacture accessories, cosmetics, perfumes, bags and shoes and Gucci is no different. With dozens of designers on the horizon, the power houses are a strong brand name but still in high competition with each other and expansion into variety of products is just another business strategy. Cucci is the second top selling brands in the world.

See also; Fashion Trends for Women to Adopt in 2020.

These are ten top selling brands in the world. Although there are other very rich designers in the world, yet they are not a part of this list because this list has been compiled on “brand value”. Let’s say if you wished to buy any of these design houses, besides paying for all the physical assets that they have- you will have to pay a “brand value” more commonly known as “goodwill” separately.