It is sad to watch a person dying, a life ending. And it is more lamentable to see a group or tribe getting extinct. Hitler wanted to wipe out Jews from the face of the planet. But the Jews were lucky, they survived. The ancient tribes listed here are, unfortunately not as lucky. Most of them are on the brink of extinction; only time would tell when. Let’s take a look into 10 tribes who are about to go extinct: 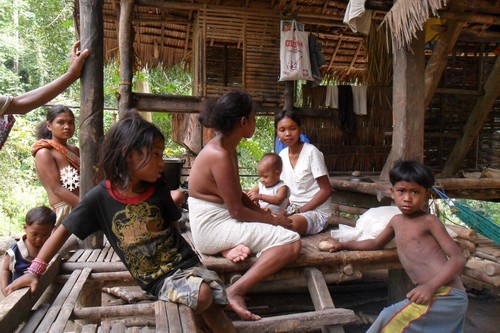 The Batak’s live On Palawan Island. They are descents of ‘the’ original race, Australoid or Negrit – the race from which all of us have originated. They are said to have left Africa some seventy thousand years ago and settled in Philippines around fifty thousand years ago. They live deep inside the forest and live on farming, hunting and gathering. The Bataks are small in structure and wear very scanty cloths. Over the years, with the expansion of modern civilisation, diseases have crept into this ancient tribe that slowly started decimating in population. Land seizer became another issue. With the population dropping to three to five hundred people, the government decided to protect the Batak lands. Previously the Bataks followed ‘slash and burn’ method of farming but since the government banned deforestation, producing food has become difficult, resulting in the spread of malnutrition among the Batak people. 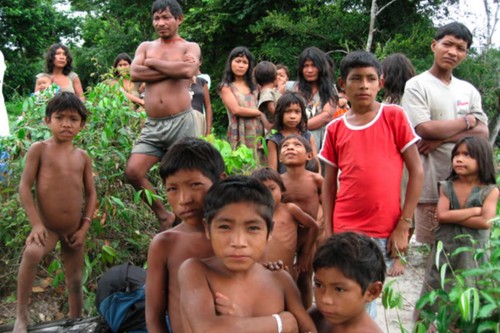 The Piraha’s are one tribe that has practically rejected everything offered by the modern civilisation. This hunter-gatherer tribe live on the banks of the Maici River. The Amazonian natives have a unique language that consisted of no word for number or colour. Their simplistic language goes to show their communal culture where there is no need to keep track of belongings. Everything is shared between every one therefore they don’t require the use of numbers. In the past missionaries have tried to wave the wand of conversion but have been utterly unsuccessful with not one of the Piraha people converting to Christianity. Later they have also resisted the infiltration of technology. With a population of only 420 people and no leader, only time can tell how long they can survive. 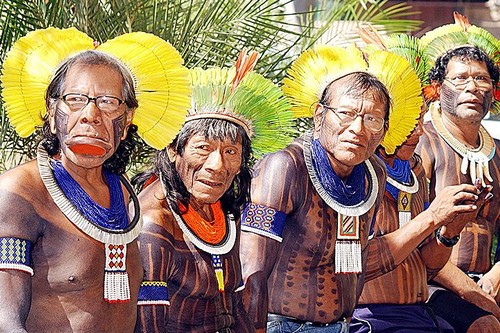 The Kayapo tribe comprises of forty four different villages living along the Xingu River. The tribe members are farmers, body painters and have nicknamed themselves as Mebengokre, i.e. people of the big water. Here the big water is being referred to the river Xingu. Unfortunately they won’t remain as people of the big water much longer. In1989, they’d successfully stopped the construction of a major dam but later the government decided to pursue the project to the end. Construction of the enormous Belo Monte Dam is almost over. And following the completion of the dam – which stretches over 668 square kilometres of land – will flood the forest areas disturbing the natural habitat as well as dislocating the Kayapo people. Ripped apart from their origin place, they will soon cease to exist. 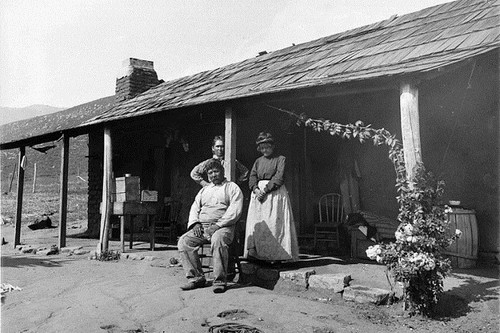 Living near the Coachella Valley in the Southern California, for over three thousand years, the ancient Cahuilla people have managed to survive diseases, persecutions, even the gold rush. They are said to have settled in thousand, around the time when the prehistoric Lake Cahuilla still existed. Now only three thousand of them are left. They have managed to lose their language, a unique blend of Aztec and Ute language, now spoken only by a handful of people. Anyhow, in the recent years attempt are being made to keep their traditional ‘bird song’ alive by passing them on to the younger generating. Yet the endeavours to keep the tradition lifestyle of the Cahuilla people alive, seems like a losing battle 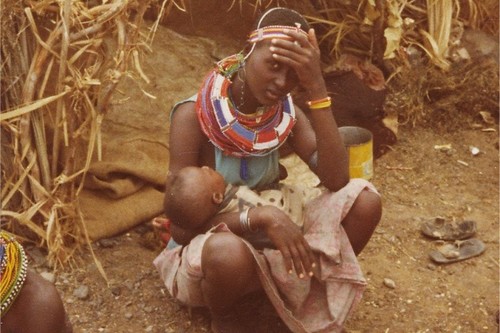 The term El Molo means ‘those who make their living from other than cattle’. This ancient tribe is the smallest of its kind in Kenya and are faced with constant unending threats of extinction. Residing on the remote shores of Lake Turkana which is evaporating too rapidly, the El Molo people are at a state of peril because they solely depend on the lake for food. The lake is increasingly becoming contaminated which has forced them to catch fishes from crocodile-infested water bodies. Other than this, they also compete with rival groups and even suffer chorea outbreaks once a while, which has so far taken a large toll of aged as well as young lives. With an average life expectancy of only 30 to 45 years-of-age and only 200 of the population left, living under the looming threats of cholera and insufficient food, El Molo tribe is not expected to last long. 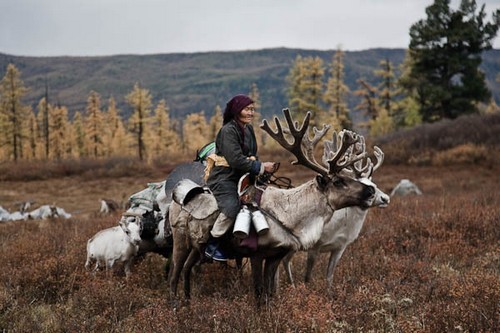 This Mongolian tribe are reindeer herders. They take pride of the land they live in and worship the snow forest. Living in cold mountainous region, they rely heavily on reindeers for transportation, meat, milk and cheese. This fascinating group of people are very friendly towards foreigners and tourist. Today, with less than three hundred surviving Dukhan, their traditional lifestyle is rapidly deteriorating. Excess hunting and gold mining has send this group the edge. And since young Dukhan have began embracing the modern technology based city life, the tradition culture of this Mongolian herders will, in time, cease to exist. 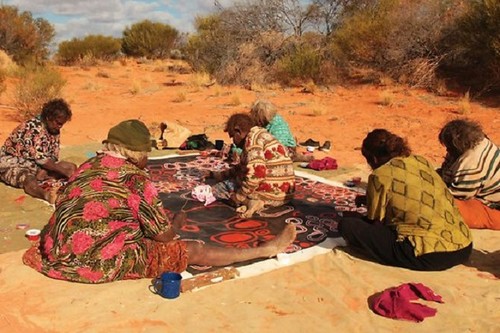 The Spinifexs (Pila Nguru) are the indigenous inhabitants of Great Victoria Desert. They have been living there for over fifteen thousand years. Even after the Europeans came over and settled in Australia, the Spinifex people went on living unharmed. The desert is particularly a harsh terrain, useless from every aspect except for one – nuclear testing. During the 1950s the government began nuclear testing, forcing the Spinifex people to relocation. It was only around the late 1980s that they began retreating to their homeland. But they were faced with land acquisition issues, which was solved in their favour, thanks to their indigenous artwork that records their deep ancient relationship with their land. In 1997 the Spinifex people received the Native Title Claim. But the sad truth is, that many of the Spinifex did not return to their native land and no one knows where they are residing now. With, one of the largest Spinifex group comprising of only 150 to 250 people, the existence of this group, in the future seems quiet dim.

3. The People Of Takuu Atoll (Polynesia) 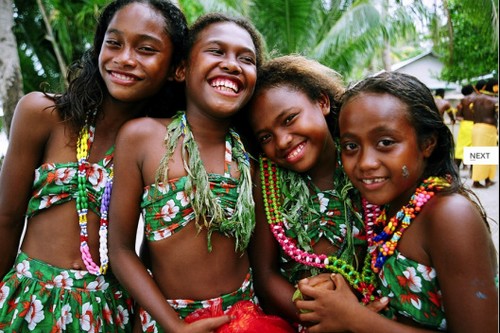 The people of Takuu Atoll like living marooned, without any contact from the outside world, because they are exceedingly protective of their culture. For some 40 years they had clamped ban of missionaries. They are jolly people who are known to spent most of their time, around 20 to 30 hours in a week, partying hard. Seriously! They have over a thousand songs and with only around four hundred people they spend their lives happily dancing and singing away. Unfortunately the sea is creeping on their and soon all their lands would be under water. To resist the rising sea water they had built walls but with the world becoming hotter every passing day, sea-wall are ineffective. Already their sources of fresh water have become contaminated by sea water. Unable to grow crops and lead their traditional lives, the people of Takuu Atoll are discussing permanent relocation. 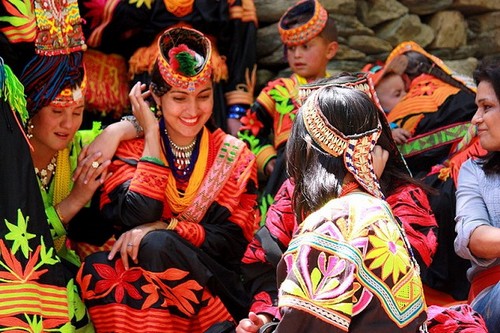 They live in the Pakistani mountains and have blonde hair and blue eyes. These people with sharply distinctive features claim to be descendants of Alexander the Great’s army who had settled there centuries ago. DNA tests conducted on them have revealed European blood infusion from the time of Alexander’s conquests. So their story seems to be true. Not only their physical appearances, but over the years, they have developed a distinct culture where woman are allowed more freedom, wine is a common drink and cloths are brightly colourful. Moreover they believe in the existence of more than one god and even have their own traditional folklore. But their population is dwindling – result of persecution by Muslims in attempt to convert the Kalash people to Islam. In recent times, only four to six thousand Kalash people are alive. 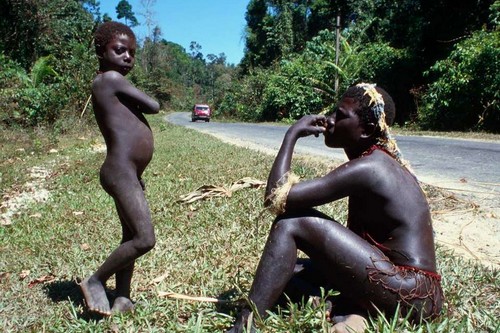 Though classified as Negritos, the Andamanese are called pygmies due to their short stature. They live on the Andaman Island. The men are an average of 4ft 11 inch tall and the woman suffer steatopygia – an extreme accumulation of fat in the buttock. In fact, the Andamanese women are the only people to display this tendency outside Africa. This group have been living in isolation for a long time and until the 19th century, they didn’t even know how to create fire. Like the Batak, the Andamanese are one of the first groups to have left Africa. There are several Andamanese groups scattered about. Some of them like the Sentinelese live in complete isolation so, not much is known about them. In 2010, the last surviving man, 85 years old, of one Andamanese group named Bo, died. Other groups are severely threatened by land occupations, tourists, diseases et al. Today only four to five hundred Andamanese are said to be left.