You’d think that inflicting torture on animals – like gulping them alive into the human belly or shoving them inside a man’s pants for hours – must be treated as heinous crimes, just as if they had been inflected on humans. But you are wrong. For ages, using the ruse of tradition and customs, men and women have been seeking pleasure by torturing animal. It is called ‘zoosadism’. Remember if you treat the lives of lower creatures as less valuable than yours, then the rich & powerful have every right to treat your life less valuable than theirs. Here we compiled a list of some bizarre festivals that shows how Europeans torture animals for fun.

The 10 ways Europeans torture animals in the name of tradition:

Twice annually, a horse racing event called ‘Palio’ takes place at Siena, Italy. Palio is infamous for its mortality rates and if the Italian animal protection association is to be believed, this absurd game has killed as many as 49 horses since 1970. Earlier the horse riders used to be liquored up in order to get their testosterones pumping and without caring two straw about the poor animals they were riding. A little hope for humanity has shined in 2011, when the Italian government declined to include the race on its list of official cultural heritage events; this was specifically done to acknowledge the outbursts over the death of horses in the race. 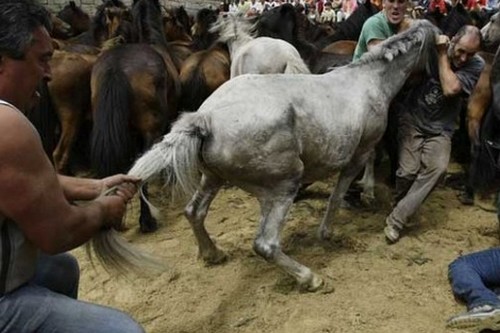 For the last 400 years a certain “Rapa das Bestas” tradition has been taking place in Galicia, Spain. Rapa das Bestas is another name for ‘terrorising and torturing for fun’. One fine day, the drunken residents of Galicia climb up a hill and chase down wild horses into the town where they wrestle them to the ground and clip their manes and tails. This madness lasts throughout the summer. Though animal welfare groups has vehemently criticised this tradition, but unfortunately such negative publicity is only ensuring wider audience.

Extra stuff : Here is a couple of pictures of “Rapa das Bestas”; do take a look for you’ll find it hard to comprehend the difference between man & beast.

8. Swallowing A Living Fish in Belgium

In Geraardsbergen, Belgium, the thirty thousand residents take part in an annual festival named Krakelingen. Just like any other festival, Krakelingen has the townsmen dancing and singing on their toes while parading around the city. This parade dissolves at the foot of a hill, where people gather to watch their mayor swallow a live fish from a 16th century silver goblet. Before the court ruling of 2001, every one crowding at the foot of the hill were allowed to swallow a fish; it was a collective ceremony back then. Eating of a live fish was considered a metaphorical rebirth by the stupid Geraardsbergenians. 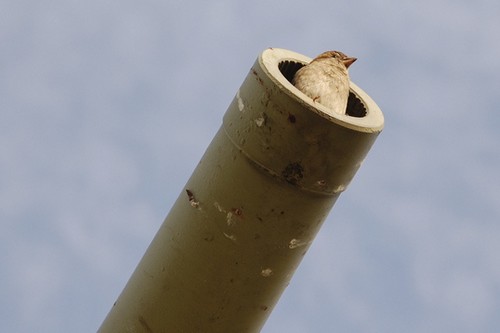 Every year the residents of Valencia in Spain collect a number of quail and loading them into a cannon blast them into the sky, for fun. The birds used in playing this game are infants, born only a few weeks ago. After cannon balling, the bruised infant birds are again loaded into a shotgun and shoot into the sky where their bodies are scattered into pieces. Believe it or not there’s even a club dedicated to this insensate game and people are often known to crowd around to watch some quail catapulting.

6. Decapitating The Goose in Spain 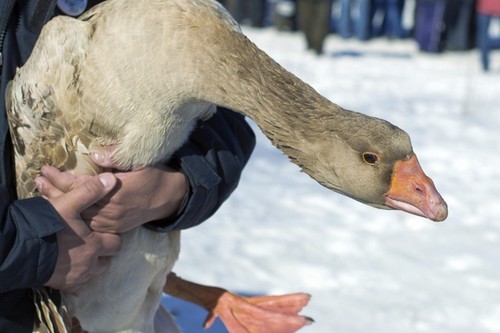 In the small town of Lekeitio, a certain 350 years tradition prevails where the patron saint’s festival is celebrated by suspending a goose up along the rope stretched across the harbour and have people pull at the goose’s neck until its head snaps off. No one really knows how it all started. The bright side of the story is that owing to changes in laws, now the geese are killed before getting stringed up.

5. Tossing A Goat Off A Church Building in Spain 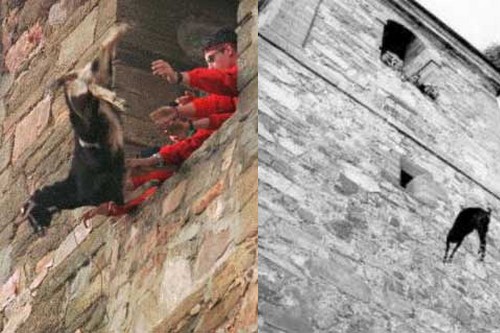 Looks like Spain is topping our list of animal haters; after quails, horses & geese, it’s time for the goat. Every year the villagers of Manganeses de la Polvorosa celebrate ‘The San Vicente de Martir’ festival by throwing a goat off of a church building. As the legend goes, it all started when a priest’s goat, who had fed many poor people with its milk, fell from the church building but was saved by the townsmen by help of a blanket. Since then goats are being thrown over and saved every year customarily. Believers of this tradition claim that the goat only falling from a 15 feet height does not get hurt. However animal right activists vehemently opine that it’s barbaric to terrorise an animal just for fun. Though in 1992, furor against this bizarre tradition persuaded the local governor to ban tossing of the goat (which was replaced by lowering the goat with ropes) the following year the former tradition was resumed.

4. Beating The Cat With A Stick in Germany 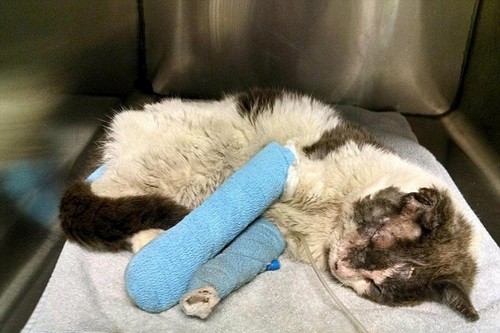 So a cat is put inside a sack, then the sack is placed inside a box after which some lunatics would begin hitting the box until the cat starts screeching. And this ‘game’ is known as ‘tomcat poking’. Originating in the middle ages, this tradition has found admirers even in the modern days. In 2004 a group celebrating bachelor party in eastern German village of Wiednitz, decided to put a cat inside a sack and locked him in a crate which had a hole drilled in the side. Blindfolded, they prodded the broomstick through the hole to make the cat scream while others banged on the crate. The cat was released after 45 minutes of torture.

3. A Ferret Inside The Pant in England 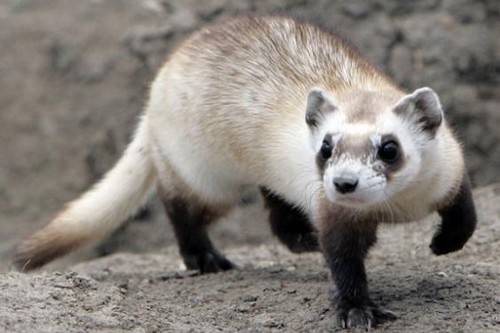 Unless you were a smuggler you would not think of doing this. Yorkshire, England is the origin place of a cruel and ‘bizarre sports’ where a starving live ferret is stuffed inside the participant’s pants and the participant is dared to keep the animal close to his crotch for five and a half hours. It is believed that the game originated among the miners to show who was the manliest of all “by doing something that no sane person would dream of doing.” Later we suppose the game became a pastime and got named ‘ferret legging’.

2. Stoning The Donkey in Spain 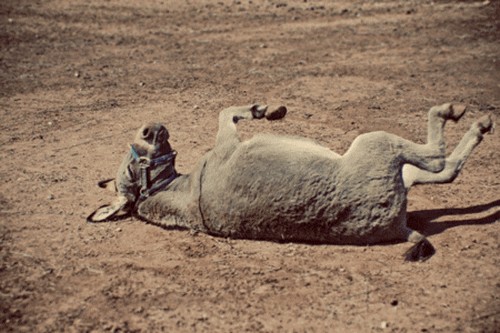 First off, let me make this clear that we don’t have anything against the Spanish.  Your pseudo-popularity among animal lovers is entirely your fault.

The story goes that a few years ago a dangerous and hated rapist of Villanueva de la Vera was finally caught and punished by tying him to a donkey, which was paraded on the streets and then leading it outside the village was executed by stoning. Every year the incident is remembered and re-enacted. But since the convict is dead, it is only the donkeys who are stoned for a crime they hadn’t committed. Selected donkeys are paraded through the streets, jeered at, slapped and hit with rocks, and even firecrackers are exploded between its legs. When the donkey falls over, they drag it to its feet and start the process all over again. They call this inhumanity the ‘Pero Palo festival.’

1. Burning The Bull’s Face in Spain

Yes, the face. Seriously. If you don’t believe me, watch the video.

Living up to the incredible Spanish interest in bulls, the simple folks of a tiny village named Medinaceli, soap up a bull with tar and set fire to its face. Known as the ‘Toro Jubilo’, in this event the bull is lighted and then released to charge freely around the town square. Animal rights group PETA claims that the enraged and frighten bull goes on a rampage that can last for hours; the poor creature ultimately gets disfigured and blinded.