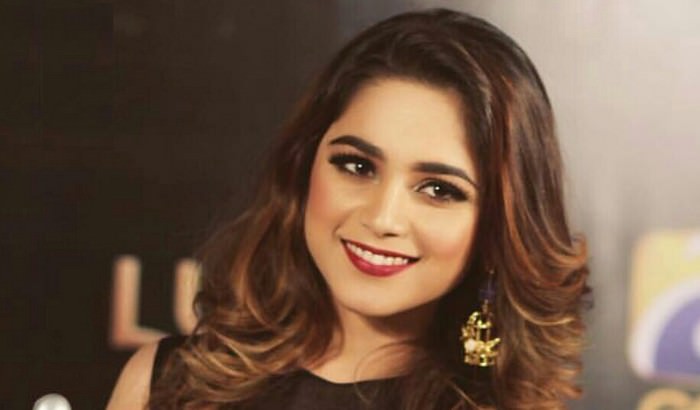 Despite the country is failing to provide a good quality of life to its citizens, especially women, who’re fighting for equal rights each day, Pakistan is the home of some of the most gorgeous women in the entire world. A large population of the country share heritage with north Indians who are themselves considered some of the best looking people. Even the beauty standards in Pakistan are quite similar to India, which means there are some extremely beautiful women waiting to be appreciated by the men around the world.

Syra yet another beautiful Pakistani actress and former VJ. She’s best known for her role in Pakistani serial Mera Naseeb. Syra started her career as the model, but gained fame as an actress through the serial Mera Naseeb in 2011. After which she appeared in several TV shows and films.

Mehreen is one of the very few beautiful Pakistani models who are also successful business owners. After being titled as the Model of the year by Lux style awards, Mehreen became the first Pakistani women to appear on middle Eastern fashion magazine Alamra. She started modelling at a very young age and perhaps did a lot of hard work to become successful, which is why international fashion publications including Time, Vogue and Marie Claire considered her worthy enough to show on cover. She is successful and undoubtedly one of the most desirable Pakistani women.

The beauty queen of pakistan, Noor Bukhari is an actress, director and model. Bukhari has appeared in Urdu and Punjabi films and television commercials. She is famous for her role of Rajjo in film Ishq Positive.

Sanam baloch is also one of the most beautiful Pakistani women. She, as well as an attractive actress and television presenter. Baloch, currently hosting morning show on ARY News.

Sajal Ali is well known actress, noted for playing a variety of characters (from contemporary social to romantic dramas) in a range of serials.

Ayesha Omar is a talented Pakistani actress, a beautiful model and occasional singer. She has worked in dozens of Pakistani TV shows and appeared in several Urdu language films. Born in Lahore this talented and beautiful women is best known for her role as Khoobsurat in Bulbulay, Natasha in Ladies Park, Sara in Zindagi Gulzar Hai, Arzoo in Tanhai and Aleena in Dil Apna Aur Preet Parai.

Humaima is a an actress and model who has worked in many Pakistani serials and Bollywood movies. This 29 years old beautiful girl made her television debut in 2008 with the show named Mili Ali Ko Mili and played the main character of Mili. She has been constantly appearing in TV shows after that. In the year 2011 she made her big screen debut with the film Bol as Zainab and never went back to do a show in small screen. She’s currently working on a Pakistani film named Arth 2 which is scheduled to be released in 2017.

Mehwish is yet another Pakistani actress, model and singer who has worked in numerous television shows and movies. She recently appeared in two serials “Dolagi” and “Unsuni”, and currently filming a Pakistani movie “Punjab Nahin Jaoongi”. She might be a great actress or a talented singer, but the best characteristic of woman has to be her beauty, for which she landed on the list of 15 most beautiful Pakistani women of 2018.

Mehnoor, a Karachi born actress and model who made her acting debut in 1993 with the drama serial Marvi. She is also one of the most beautiful Pakistani women. Although she mostly appears in television shows but she has also done a couple of movies. In the year 2013, she did a Pakistani film named “main hoon Afridi” and a Hollywood film “Torn”. In Hollywood film she played the role of Maryam, a mother whose teenage son is killed in an explosion at a suburban mall. Even though she hasn’t done any film after that, but we’re not talking about her career. We’re talking about her looks and one can tell by just looking at her picture that she’s one of the most beautiful Pakistani women of all time.

Mahira Khan is yet another most popular Pakistani actress who is extremely beautiful. She recently appeared in a blockbuster Bollywood film “Raees” alongside Shah Rukh Khan. Mahira rose to success with super-hit television show Hamsafar, which earned her several awards in acting category. She’s currently a highest paid Pakistani actress and the recipient of several awards, including; Three Lux Style Awards and five Hum Awards.

One of the most talented and beautiful Pakistani women. Saba Qamar is among the most popular actresses of TV as well as films. She rose to fame for her comedy show Hum Sab Umeed Se Hain. She has won several awards and best known for her brilliant acting skills.

Sara Loren was given the name Mona Lizza Hussain at the time of birth. This hot model and actress has worked in several Bollywood films and currently filming “Fraud Saiyyan” alongside Arshad Warsi. But she’s best known for her role as a seductive woman in the movie Murder 3.