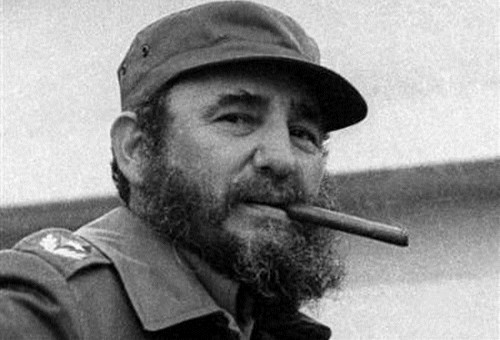 Here is a cool list of early jobs of famous people. Look at some surprising first careers of influential figures, including presidents, entertainers and entrepreneurs. 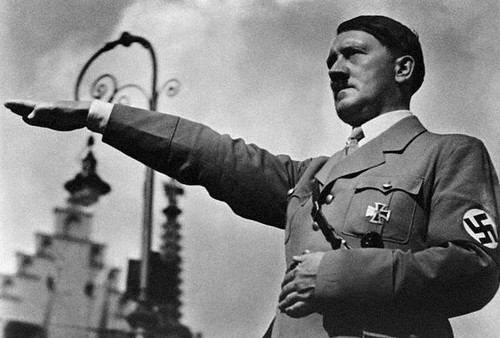 Adolf Hitler, in his childhood attended a monastery school and harbored dreams of becoming a priest, but he dropped out after his father’s death in 1903. By then, Hitler had a new career in mind: professional artist. He wanted to be an artist but was rejected twice by the Academy of Fine Arts Vienna (due to “unfitness for painting”), and was told his abilities lay rather in the field of architecture.
Following the school rector’s recommendation, he too became convinced this was the path to pursue, yet he lacked the proper academic preparation for architecture school. He worked as a struggling painter in Vienna, copying scenes from postcards and selling his paintings to merchants and tourists. After the second refusal from the Academy of Arts, Hitler gradually ran out of money. By 1909, he sought refuge in a homeless shelter, and by the beginning of 1910 had settled permanently into a house for poor working men.It was in Vienna that Hitler first became an active anti-Semite. 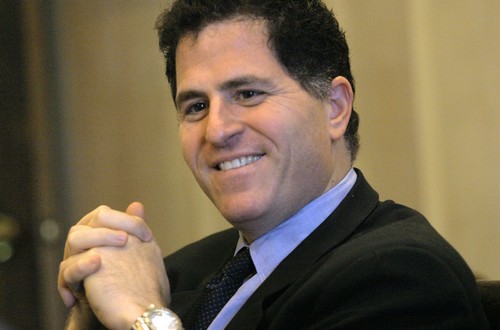 Founder and chairman of Dell Computer Corp., Michael Dell, was a dishwasher at a Chinese restaurant at the age 12. Where his earning $2.30 an hour. He is grateful for his early experience: “The best part was the wisdom of the restaurant owner, which I could capture if I came to work a little early. He took great pride in his work and cared about every customer who came through his door.” 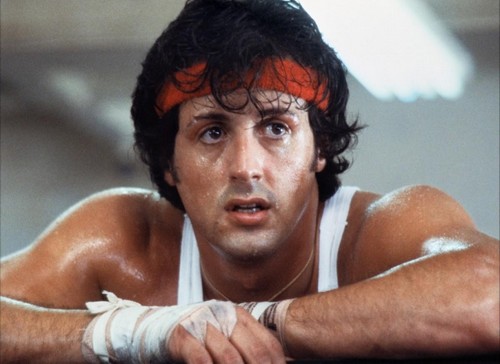 Sylvester Stallone, always the tough guy, was once employed as a lion cage cleaner. One of the most popular action stars of all time, Sylvester Stallone had a difficult childhood. He was adversely affected by his parents’ hostile relationship, which later ended in divorce.
After graduation, Stallone eventually went on to college. First, he attended the American College in Switzerland where he studied drama. Stallone then went to the University of Miami, again choosing to focus on the dramatic arts. He left school before completing his degree to go to New York City to pursue an acting career. While he waited for his acting career to take off, Stallone worked all sorts of jobs to make ends meet. He cleaned up the lions’ cages at the Central Park Zoo, ushered at a movie theater, and even made an appearance in an adult film called A Party at Kitty and Studs (1970). 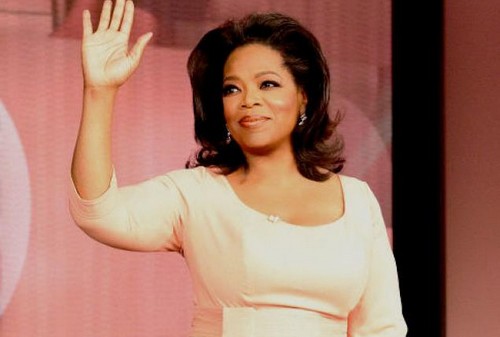 Oprah Winfrey was born in Kosciusko, Mississippi, to a Baptist family. Her parents were unmarried teenagers. Winfrey’s grandmother taught her to read before the age of three and took her to the local church, where she was nicknamed “The Preacher” for her ability to recite Bible verses. Winfrey was self-helping her way to the top long before the world ever heard of Dr. Phil. Arriving at a radio station to collect a watch she had won through a promotional contest, a 16-year-old Winfrey read for producers and secured herself a spot as an on-air reporter earning $100 per week. 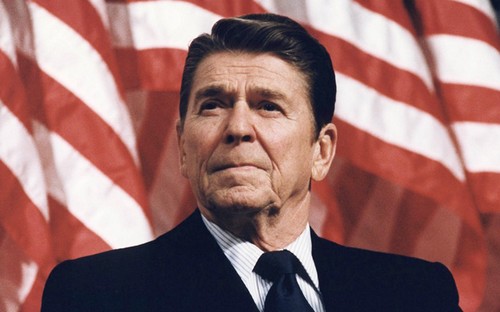 Considered one of the most influential and widely revered presidents in U.S. history, Ronald Reagan won over the American public long before he got into politics. First working as a radio sports announcer after college, Reagan joined the movie business in the late 30s after appearing as an announcer in a film. In all, he acted in over 50 films, the last of which was released in 1964. 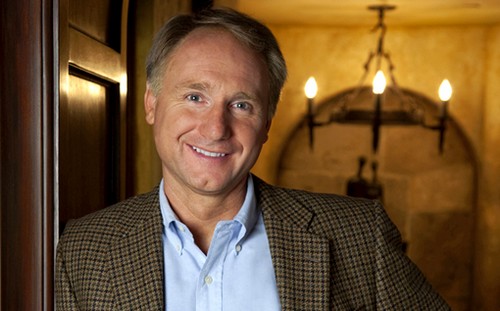 Dan Brown started a huge sensation and a lot of debate within the Catholic community and among pop culture fans when he published his novel The Da Vinci Code. But besides the controversy, Brown’s work of fiction can at least be credited with getting a lot of adults interested in reading again. The creator of Langdon was a puzzle and anagram freak as a kid and studied writing at Amherst College. But as the son of an organist mother, Brown also had an interest and talent for music: after graduation, he moved to Hollywood as a singer-songwriter and pianist and even joined the National Academy of Songwriters. He released two CDs in the early 90s, including one entitled Angels & Demons, moved back home to teach middle school Spanish, and soon began writing thrillers.

Persistent rumors would have you believe that old Fidel was a talented baseball player who once tried out for a major-league team in America … which is completely untrue. The fact is, Castro did play a little ball back in school: he seems to have been the losing pitcher in a 1946 intramural game between the University of Havana’s business and law schools. But the point there is that he was in law school not so much to win ball games as to study law. Castro graduated and practiced in Havana between 1950 and 1952, when he failed miserably in his first attempted coup d’état. After a brief stint in prison and a few years exiled in Mexico and the United States, Castro and his family finally took control of Cuba in 1959. 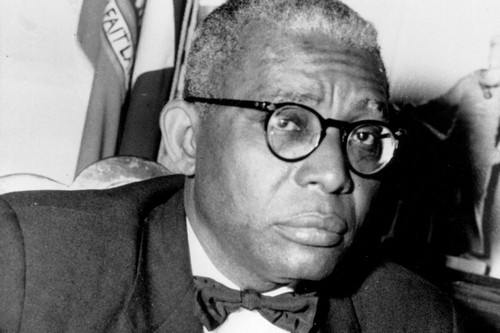 François Duvalier (Papa Doc) was, in fact, a doctor. The President of Haiti from 1957 until his death in 1971. Papa Doc completed a degree in medicine from the University of Haiti in 1934. He served as staff physician at several local hospitals. He spent a year at the University of Michigan studying public health. In 1943, he became active in a U.S.-sponsored campaign to control the spread of contagious tropical diseases, helping the poor to fight typhus, yaws, malaria and other tropical diseases that ravaged Haiti for years. His patients affectionately called him “Papa Doc”, a moniker that he used throughout his life. 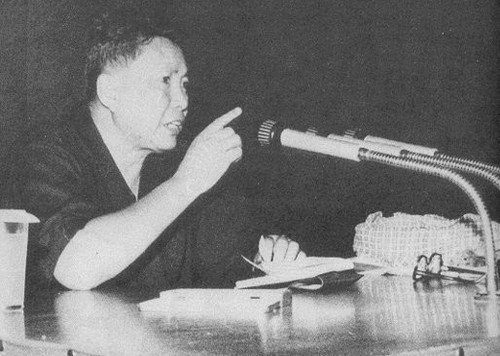 Before he became a world-famous war criminal, Pol Pot was named Saloth Sar. As a young man, Sar studied carpentry and radio engineering, but proved a poor student so he became – what else? – a teacher. (And you thought your classrooms were scary.) From 1954 to 1963, Sar taught at a private school in Phnom Penh before being forced out because of ties to communism. Ever fond of alliteration, Saloth Sar became Pol Pot and devoted himself full-time to Cambodia’s Communist Party, eventually becoming the party’s leader, and by 1975, his Khmer Rouge guerrilla army had overthrown the same government that once fired him. In his four years of rule, Pot killed more than a million Cambodians. When the Vietnamese came to the rescue and invaded Cambodia in 1979, Pot retreated to the jungle, though he continued to orchestrate guerilla attacks until his arrest in 1997. 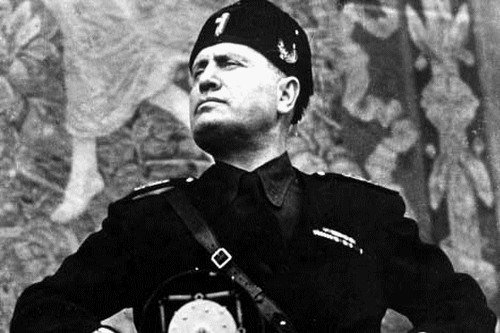 Before becoming the world’s first fascist dictator, Mussolini worked for a socialist paper, Il Popolo d’Italia, for which he wrote a serial later published as a novel. The Cardinal’s Mistress tells the tragic story of, you guessed it, a 17th-century cardinal and his mistress. And boy is it bad. It’s the sort of book where “terrible groan burst forth from” characters’ breasts, and characters ask one another to “cast a ray of your light into my darkened soul.”