These recluses are not religious mediators, they chose reclusion to society. Gregariousness is human nature but sometimes some human nature turns out to be different from the rest. And that is exactly what makes such peoples’ life interesting to know for people like us. 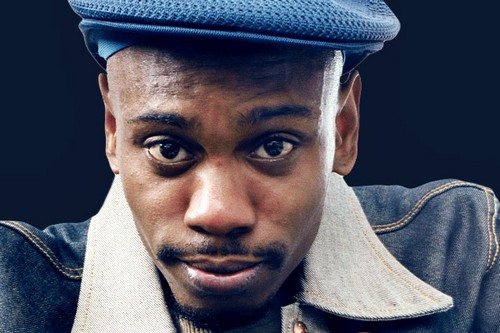 Chappelle is a stand-up comedian who during a performance in 2003 had told his audiences, “You know why my show is good? Because the network officials say you’re not smart enough to get what I’m doing, and every day I fight for you. I tell them how smart you are. Turns out, I was wrong. You people are stupid.” Dave literally made a dash for his life when insanity was creeping on him back in 2005. In the middle of the shooting of his popular ‘Dave Chappelle Show’ he abandoned everything and fled to South Africa. He had been paid a hefty amount of eight figures for the show before abandoning it. Rumours of abuse and work stress played at large but Dave denied them all holding himself responsible for the troubles and subsequent breakdown. He returned from Africa and stayed in Ohio and has occasionally taken to the stage with his popular stand-up stints since then. 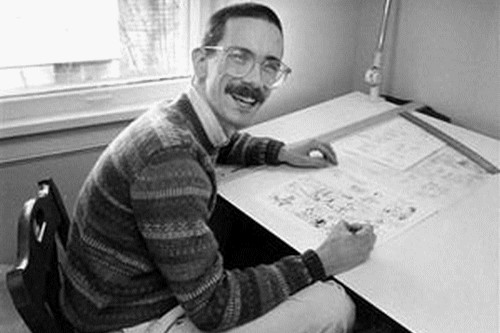 Many of you, perhaps even now hunch over the newspaper or magazine to read the beloved comic strip of ‘Calvin and Hobbes’ – a mischievous 6 years old boy and his stuffed tiger. After years of adoration you must have noticed the name of the creator– Bill Watterson – below the title. Watterson’s comic strip was a global phenomenon; it had appeared in 2400 newspapers around the world. He had received the National Cartoonists Society’s highest honour three times and had a large devout fan following. He had a great regards towards his work of art and condemned people who undermined the artistic value of comic strips in newspapers saying that art should not be judged by the medium for which it is created. But frustrated under pressure of ‘ daily deadlines and small panels’. Watterson retired in 1995 declining all contact with public life; he refused interview and even signing autographs. So far there hasn’t been any hint on resuming the strip. 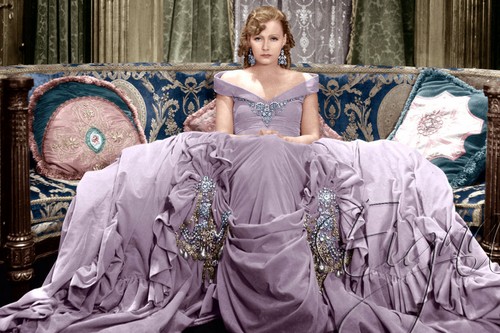 She was born with the name Greta Lovisa Gustafsson in a Swedish slum in 1905. At an early age she became an icon of Hollywood silent films. Among her most accoladed films are ‘ The Temptress’ (1926), ‘The Mysterious Lady’ (1928), ‘Wild Orchids’ (1929), ‘Anna Karenina’ (1935) et al. Owing to her popularity she was constantly hounded and dogged by media and crazy fans. Once she had humorously said to an interviewer that she would “like all of you (journalists), removed from your jobs and your newspapers.”

After retiring in 1941, she altogether disappeared from sight. Several producers endeavoured to bring her back but she resisted all their attempts and lived an inclusive private life. Even during her glamorously successful career she refused to talk of her private life. But her reluctance only made her more appealing. Greta Garbo is the original reclusive star. 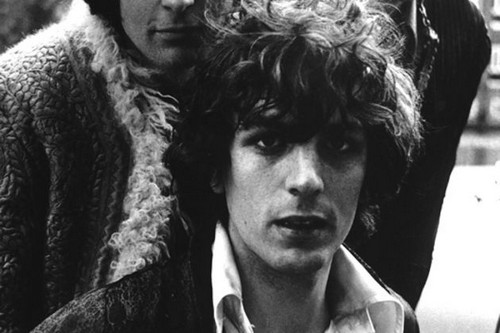 Syd was the founder of the Pink Floyd band. During the bands psychedelic phase he was the principal song writer. Like the inevitable enticements waiting for the young who become successful overnight, Syd got adducted to LSD, one of the most potent, mood-changing drugs. Quite naturally he descended to erratic unpredictable behaviour. The band decided to replace him.

He went on to live with his mother in Cambridge in 1978. He took to painting and gardening, searching for peace of mind. With the whole world outside his doors waiting to pull him back into the same dark pit, Syd struggled to forget about his past life, he even went to the extent of severing all contacts with Pink Floyd. He didn’t give one single interview after his retirement. He even ignored his most loyal fans who flocked to see him and camped outside his home. Once when a DJ managed to catch Barrett at his door steps Barrett said “ Syd can’t talk to you now’. 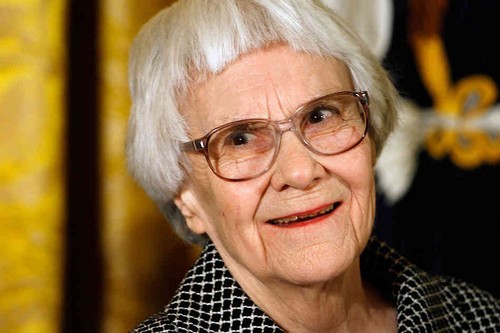 Her work has been deemed as the ‘national novel’ of America – a novel that should be read by everyone before dying. After the release of ‘To Kill a Mockingbird’ Lee was awarded with the Pulitzer Prize in 1961 which further pushed her popularity to soaring heights. As her fame grew she shrank into reclusion.

Harper Lee has been consistently and politely refusing all interviews since 1964. When she does come to the surface once in a while, she prefers not to speak. If one may ask why? Lee had herself confessed “it’s better to be silent than be a fool.”. But Lee’s sister Alice (who by the way is 100 years old) gave us the actual reason behind Harper Lee’s shunning of fame and public life. She said her sister “did not think that a writer needed to be recognised in person and it bothered her when she became too familiar”. So we can suppose that Lee was simply being humble when calling herself a fool.

The beloved author of ‘The Catcher in the Rye’, Salinger shunned public life at the height of his success. Success came to him quite early in life, following the publication of his most celebrated and only novel ‘The Catcher in the Rye’, Salinger was thrusted under the limelight where he would rather not be. So he soon withdrew from the public eye, made his best effort to stay personal until his death in 2010. Though for a shot period Salinger again made headline by filing lawsuits against an unauthorised sequel of his novels. Since his last interview was in 1980, almost everything that we know about him comes from his memoir ‘Dream Catcher’ written not by J.D.Salinger himself but by his daughter Margaret A.Salinger. Even in 40 years of reclusion, Salinger kept writing every day. 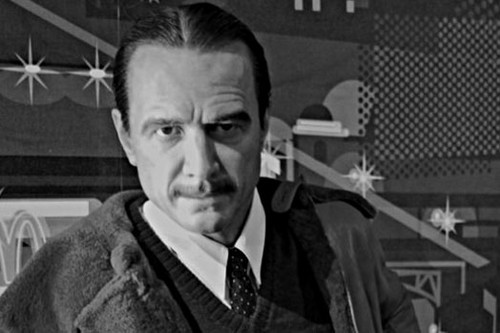 All those who have seen Leonardo DiCaprio starrer ‘The Aviator’ (2004) must know about Howard Hughes – an aviation pioneer who later became the world’s wealthiest man. Hughes suffered from obsessive-compulsion. Remember the scene of rows of milk bottles saturate with yellow pee, well, in 1947 Howard Hughes had actually shut himself in a screening room for 4 months on a diet of chocolates and milk while peeing in bottles all the while.

Hughes was not just an aviator but also a businessman, a filmmaker and a philanthrope. When his empire began to crumble his eccentric nature took the toll and he scrambled from hotel penthouse to hotel penthouse without being able to settle anywhere. He began alienating himself and finally went into complete seclusion in 1950. After this the public imagination started working overtime and rumours spread about Hughes monstrously big finger nails, about being addicted to Valium and virtually looking like a Zombie, all these wasn’t very far from the truth. He lived deep in his seclusion. By the end of his life – that came in 1976 – Hughes was so unhygienic with uncut nails, unshaved beard and hair that the police had to take figure prints to make sure the dead man was Howard Hughes. 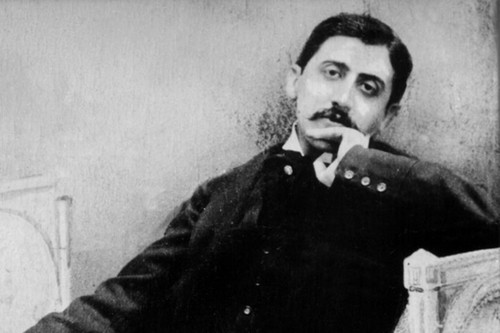 Proust was a literary genius. He was quiet a popular character in the French high society until the death of his parents; after which he began spending his days and nights locked up in his room writing books. Of course his masterpiece – ‘In Search of Lost Time’ – was result of such sever reclusion for it once provided him with the opportunity of writing 3 days at a stretch.

He suffered both physically and mentally. Once he went to visit the Louvre Museum at midnight. He madly craved for noiselessness, installed soundproof glasses at his apartment windows and fitted his bedroom walls with corks. He became fragile, nervous, and sensitive and lived largely in his own mind – which is quiet evident from his work. Proust was a closeted homosexual and one of Europe’s early first novelists to depict homosexuality in his novel openly. He died in 1922. 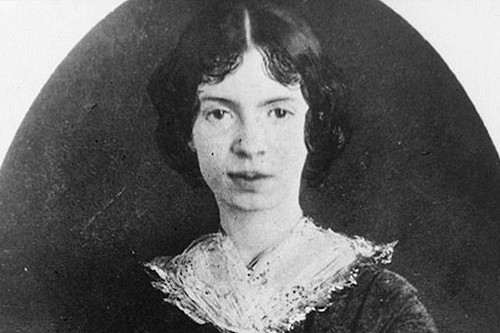 The extent of her reclusion can be well understood when 0ne comes to know that the woman actually listened to her father’s funeral form inside her bedroom. For 20 long years she hadn’t put her foot outside her family property. Surprisingly this famous poet had spent 7 years of her youth in a school environment.

Emily was described as eccentric by the villagers and her family reported that initially she refused to meet visitors or even greet them, later she completely shut herself up in her room and wrote poetry. Though her love for poetry was known to her family but the extent of her talent and volume of her writing was only discovered after her death. She had written about 1800 brilliant poems. Interestingly two recurring themes – death and immortality appear most in her letters and poetries.

There is mystery shrouded as to why she took to reclusion for she had had a normal childhood. Some speculate that it might have been a mental disorder or health disorder while others say it was the result of several deaths of her close friends. 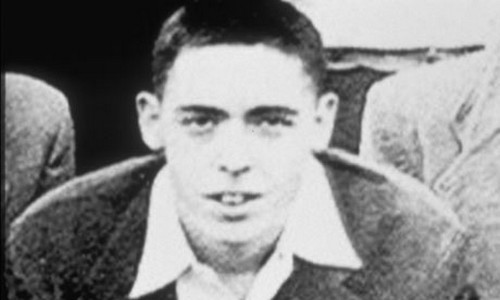 He had once said “every weirdo in the world is in my wavelengths”, yet we have no idea as to where this man lives. Thomas Pynchon is a mind-boggling mystery. He is a recluse and writes dense and complex themed stories. He is said to have written one of the most difficult novels in the English language – ‘Gravity’s Rainbow’. Pynchon has successfully avoided media glare for more than 40 years. The only pictures that exist of him are a handful of college and school photographs. His reclusion often have generated queer theories and dubious anecdotes like – once the Soho Weekly News alleged that Thomas Pynchon is actually J.D.Salinger, to which Pynchon replied, “not bad, keep trying.”

In 2004 Pynchon decided to appear in a show – The Simpsons, for his son loved the show. So he lends his voice to his own character depicted in the show and fans imagined, finally they would get to see the cryptic haunting writer. But alas! His character had a paper bag pulled over his head.