Rock music is one of the most popular genres in the world. It has millions of fans across the globe. The music had its evolution since the mid-20th century. The genre was enriched by the contributions of some amazing bands that enthralled their fans with their songs. Here is a list of Top 10 Greatest Rock Bands in History.

The popularity of song “We will rock you” alone speaks volume of Queen. This British rock band was founded in 1970 by Freddie Mercury (lead vocals, piano), Brian May (guitar), Roger Taylor (drums) and John Deacon (bass guitar). Sheer Heart Attack, Night of the Opera and News of the World are their greatest albums. The death of Mercury in 1991 affected the band badly, and since their graph has gone down. Queen has sold over 150 million records. 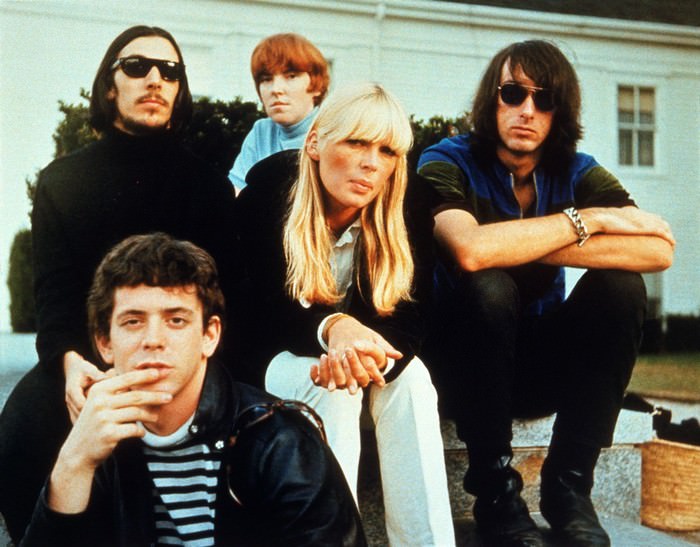 The Velvet Underground was an American rock band, formed in 1964. Their existence was short, only till 1973, with very little commercial success. However, today they are regarded to be one of the most influential bands if all time. They are placed on 19th in Rolling Stone magazine’s list of greatest artists. The bands initial members include Guitarist/vocalist Lou Reed, multi-instrumentalist John Cale, bassist Sterling Morrison and percussionist Maureen Tucker. Their greatest album was the debuting The Velvet Underground and Nico in 1967.

One of the most influential bands of all time, The Who was formed in 1964. Its lineup consisted of lead singer Roger Daltrey, guitarist Pete Townshend, bassist John Entwistle and drummer Keith Moon. The Who has sold more than a hundred million albums worldwide, and was famous for their live shows featuring the destruction of instruments. They have produced many top songs, including “I can’t explain” and “Pinball Wizard”.

This American rock band is considered to have defined the punk sound. The Ramones was formed in the New York City in 1974. The initial line-up consisted of Dee Dee (bass, vocals), Joey (vocals), Johnny (guitar) and Tommy (drums). While they had only a limited commercial success, they are now considered one of the most influential bands in rock music. Their great songs include “Chinese Rock”, “Let’s Dance” and “California Sun”.

Perhaps the most iconic American rock band, The Beach Boys was formed in 1961. The group’s original line-up consisted of brothers Brian, Dennis and Carl Wilson, Mike Love and Al Jardine. They have sold over 100 million records worldwide, and have received much critical acclaim. Their greatest hits include “Help me, Rhonda”, “Surf City” and “The Little Girl I Once Knew”.

Named after Piedmont blues men Pink Anderson and Floyd Council, this English band is one of the most influential and popular rock bands in history. It was formed in 1965 by Syd Barrett (guitar and vocals), Roger Waters (bass and vocals), Richard Wright (keyboards), and Nick Mason (drums). Later David Gilmour joined the band in 1967. Pink Floyd songs are known for the philosophical elements in their lyrics and the progressive and experimenting music. Dark Side of the Moon, Wish You were Here and The Wall are among the band’s most successful albums. Pink Floyd was disbanded in 1994. The band has sold more than 250 million records worldwide.

Another one of the most influential bands in rock history, Led Zeppelin was founded in 1968. This English band consisted of guitarist Jimmy Page, vocalist Robert Plant, bassist and keyboardist John Paul Jones, and drummer John Bonham. Led Zeppelin has sold more than 200 million records, making them one of the best selling artists ever. Their heavy guitar sound, drawing on blues as well as folk, went on to be iconic in rock music. Their most famous album is perhaps Led Zeppelin IV, which features their greatest hit, “Stairway to Heaven.”

After the eclipse of Beatles, it was Rolling Stones who earned the title of the greatest Rock Band in the world, and rightfully so. At the time of its formation in 1962, the band consisted of vocalist Mick Jagger, Keith Richards, guitarist Brian Jones, pianist Ian Stewart, bassist Bill Wyman and drummer Charlie Watts. The band has gone under various changes in configuration since then. Later members include Ronnie Wood and Mick Taylor. Rolling Stones are one of the best selling artists ever, having sold more than 200 million records. Some Girls (1978) and Tattoo You(1981) are their most popular albums.

Formed in 1976, the Irish rock band U2 consists of singer-lyricist Bono (Paul Hewson), guitarist Edge (Dave Evans), bassist Adam Clayton and drummer Lary Mullen. Having started in post-punk era, their rise to being the greatest band of their time was slow and steady. U2 has won 22 Grammy Awards, a record for any band. Their most popular albums are Joshua Tree (1987), Achtung Baby and All That You Can’t Leave Behind. The lyrics by Bono and the sound of the band are the major attractive features of their songs. Their greatest hits include “One”, “With or Without You”, “Where the Streets Have No Name”, “I Still Haven’t Found What I’m Looking for” and “Beautiful Day”. Their live concerts are arguably the best in the world, especially the 360° tours.

The fact that they inspired a term like ‘Beatlemania’ itself says plenty about The Beatles. Born in England in 1960, Beatles is the most important band in the history of rock music. The band was formed by John Lennon (vocals), Paul McCartney (guitar) and George Harrison (guitar) with Pete Best (drums). Later Ringo Starr replaced Best. Reaching their peak, the band broke up in 1970 and the members went on to pursue solo careers. However, their legacy still lives on. They have produced more hit songs, from “Love Me Do” to “I Need You”, than any other band.