The world’s tallest mountains are some of the most majestic and beautiful things that one can be blessed enough to witness in their lifetime. They are all located in Asia and each reach an altitude of over 8000 meters above sea level.

Here is list of top 10 highest mountains in the world. 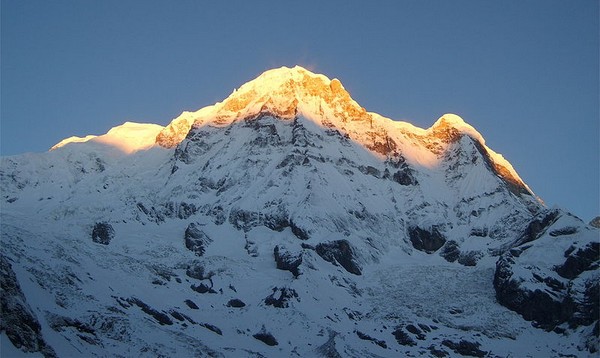 Annapurna is a section of the Himalayas in north-central Nepal. It is a series of peaks, the highest of which is called Annapurna I. Which is the tenth highest mountains in the world. It is located in central Nepal and is approximately 26,545 feet (8,091 meters) tall. Its peaks are some of the world’s most dangerous to climb. In fact, they have a fatality rate of about forty percent. 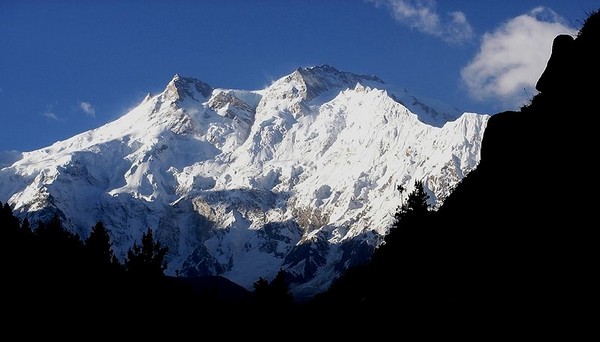 Nanga Parbat is the world’s ninth tallest mountain and stands at about 26,660 feet (8,126 meters) in height. Although the name is Urdu for “Naked Mountain”, for first half of the twentieth century it was known as “Killer Mountain”. It was called this because it used to be an incredibly dangerous climb to the top. Now however, it is less dangerous to climb, but still very difficult. This mountain is an immense and dramatic peak that rises above its surrounding area in Pakistan. It is in Diamir, Gilgit-Baltistan region of Pakistan. 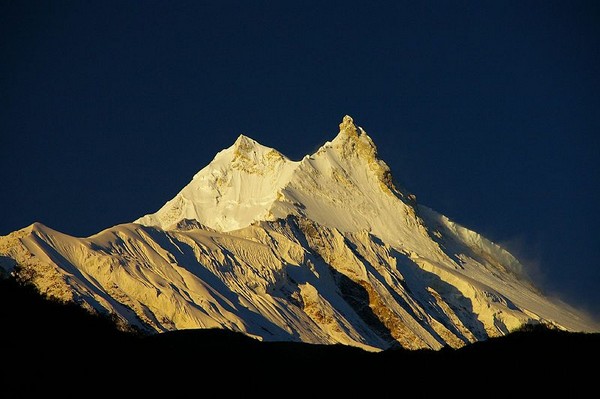 Manaslu is the eighth highest mountain in the world, and is located in the Mansiri Himal, part of the Nepalese Himalayas, in the west-central part of Nepal. Its name, which means “Mountain of the Spirit”, comes from the Sanskrit word Manasa, meaning “intellect” or “soul”. Manaslu was first climbed on May 9, 1956 by Toshio Imanishi and Gyalzen Norbu, members of a Japanese expedition. It is said that “just as the British consider Everest their mountain, Manaslu has always been a Japanese mountain”. 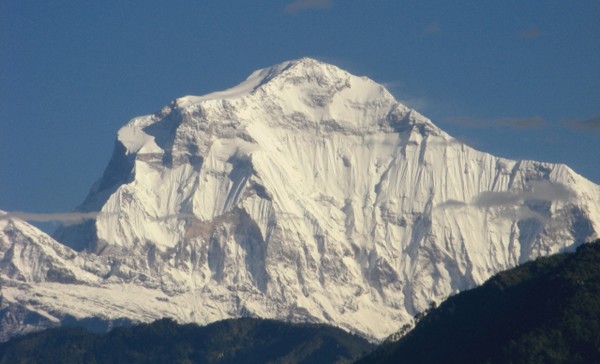 Dhaulagiri is the seventh highest mountain in the world and is about 26,795 feet (8,167 meters) tall. It is located just north of central Nepal. Its name means “White Mountain”. The South and West faces of Dhaulagiri both feature massive drops; each rises over 4000 meters from its base, and each has been the site of epic climbs. This mountain, along with Annapurna, is home to a more dramatic scene than most of the other mountains, for they face each other while separated by a valley. This is an amazing sight to see, and one of the main reasons why, for thirty years, it was thought to be the highest mountain in the world.

See also; 10 Incredible Canyons or Gorges In The World. 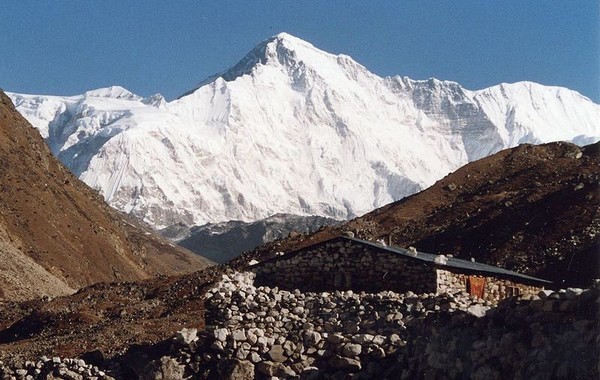 It is the sixth highest mountain in the world at 8,201 metres (26,906 ft) above sea level. Cho Oyu means “Turquoise Goddess” in Tibetan. The mountain is the westernmost major peak of the Khumbu sub-section of the Mahalangur Himalaya 20 km west of Mount Everest. The mountain stands on the Tibet-Nepal border. 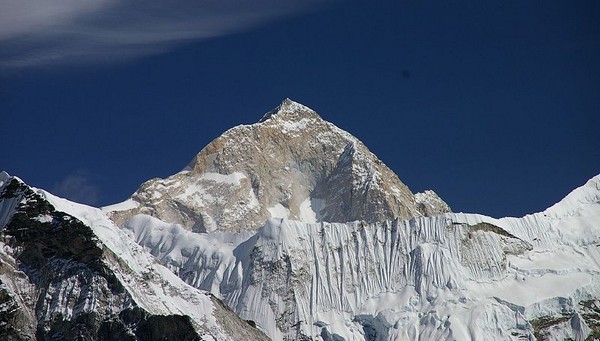 Makalu is the fifth highest mountain in the world at 8,481 metres (27,825 ft) and is located 19 km (12 mi) southeast of Mount Everest, on the border between Nepal and China. One of the eight-thousanders, Makalu is an isolated peak whose shape is a four-sided pyramid. 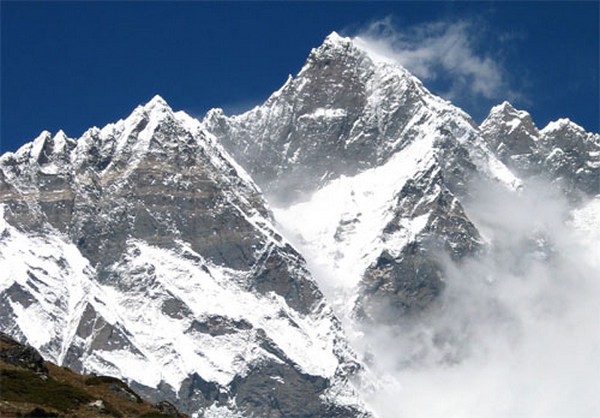 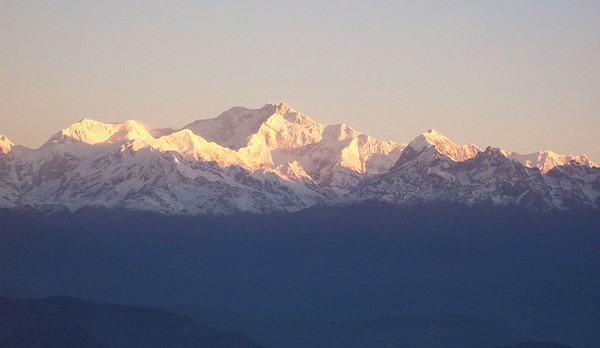 Kangchenjunga is the third highest mountain in the world with an elevation of 8,586 m (28,169 ft). Mount Kanchenjunga rises about 20 km (12 mi) south of the general alignment of the Great Himalayan range, and is located on the boundary between Nepal and the Indian state of Sikkim. Kangchenjunga is the highest peak in India, and also the name of the surrounding section of the Himalayas and means “The Five Treasures of Snows”, as it contains five peaks. The treasures represent the five repositories of God, which are gold, silver, gems, grain, and holy books. 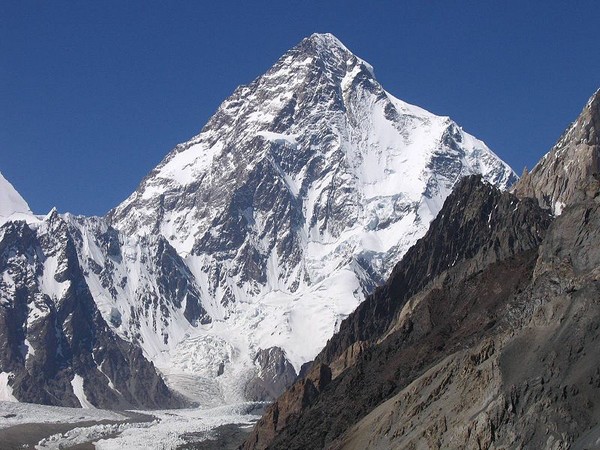 K2 is the second-highest mountain on Earth, after Mount Everest. It is located on the border between Baltistan, in the Gilgit–Baltistan region of Pakistan, and the Taxkorgan Tajik Autonomous County of Xinjiang, China. With a peak elevation of 8,611 m (28,251 feet), K2 is the highest point of the Karakoram Range and the highest point in Pakistan. K2 is known as the “Savage Mountain” due to the difficulty of ascent and the second-highest fatality rate among the “eight thousanders” for those who climb it. For every four people who have reached the summit, one has died trying.

See also; 10 Most Dangerous Roads around the World. 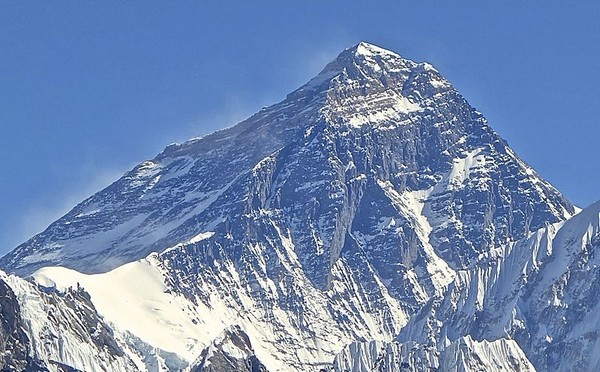 Mount Everest is the Earth’s highest mountain, with a peak at 8,848 metres (29,029 ft) above sea level and the 5th tallest mountain measured from the centre of the Earth. It is located on the border between Sagarmatha Zone, Nepal, and Tibet, China and is part of the Himalayan Mountain Range. Although it is the tallest mountain and attracts many climbers of both advanced and limited climbing skill, it is one of the easier mountains to climb.