Pakistan is the sixth most populous nation in the world. This article features some of such famous people who belong or relate in some way to this nation. From Muhammad Ali Jinnah to Malala there are many Pakistani who have worldwide fame. The country has some extra genius and talented people like Shahid Afridi, Irfa Kareem, Wasim Akram , Madam Noor Jahan, Ustad Nusrat Fateh Ali Khan. But, today we discuss some most popular personalities who are currently working in their fields. Below is a list of Top 10 most popular Pakistani people alive. The list is based on popularity, fan following and achievements, both in positive or negative. 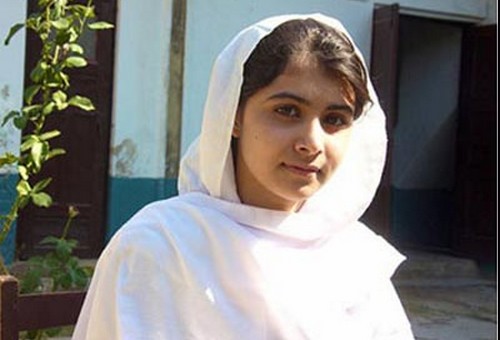 The most famous teenager in the world, Malala Yousafzai is a Pakistani school pupil and education activist from the town of Mingora in the Swat District of KPK province. She is known for her education and women’s rights activism in the Swat Valley, where the Taliban had at times banned girls from attending school. On 9 October 2012, Yousafzai was shot in the head and neck in an assassination attempt by Taliban gunmen while returning home on a school bus. The assassination attempt sparked a national and international outpouring of support for Yousafzai. United Nations Special Envoy for Global Education Gordon Brown launched a UN petition in Yousafzai’s name, using the slogan “I am Malala” and demanding that all children worldwide be in school by the end of 2015. In the 29 April 2013 issue of Time magazine, Malala was featured on the magazine’s front cover and as one of “The 100 Most Influential People In The World”. Yousafzai was the winner of Pakistan’s first National Youth Peace Prize and was nominated for the 2013 Nobel Peace Prize. On 12 July 2013, Yousafzai spoke at the UN to call for worldwide access to education. 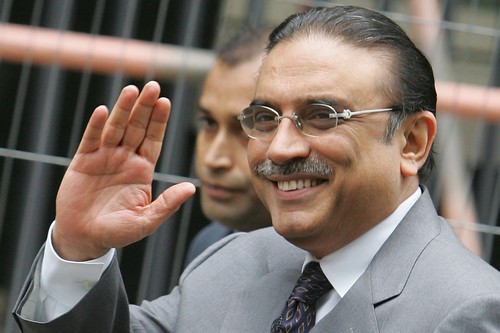 The 11th and current President of Pakistan, Zardari hold the 9th place among the most popular Pakistani people. He is co-chairman of Pakistan Peoples Party (PPP) and the widower of former Pakistan’s Prime Minister Benazir Bhutto. He also the richest person of Pakistan. On September 2013 Zardari will also become countries first president to complete his constitutional term and hand over duties to democratically elected successor. 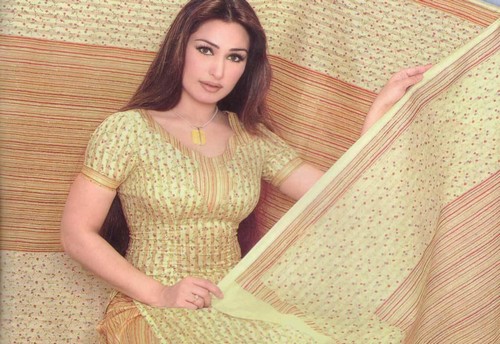 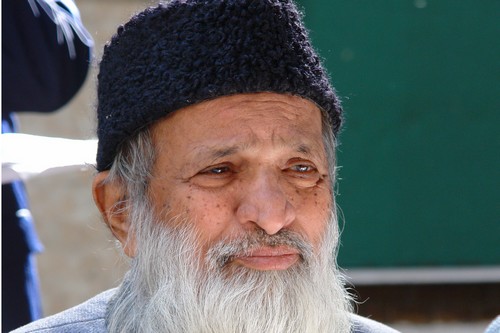 The sixth most popular Pakistani is Abdul Sattar Edhi or Maulana Edhi. He is a prominent Pakistani philanthropist, social activist, public figure and an humanitarian. He is the founder and head of the Edhi Foundation. Together with his wife, Bilquis Edhi, he received the 1986 Ramon Magsaysay Award for Public Service. He is also the recipient of the Lenin Peace Prize and the Balzan Prize. In 2006, Institute of Business Administration Pakistan conferred an honoris causa degree of Doctor of Social Service Management for his services. In September 2010, Edhi was also awarded an honorary degree of Doctorate by the University of Bedfordshire.In 1985 Edhi received the Nishan-e-Imtiaz from the Government of Pakistan. 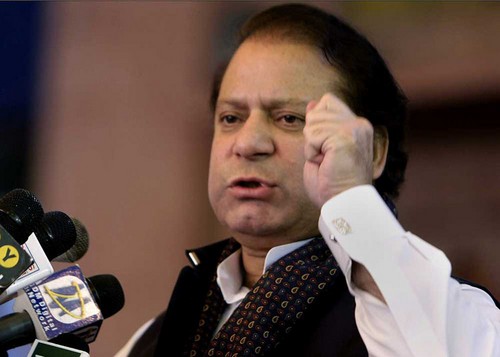 The Prime Minister of Pakistan since 2013, Mian Muhammad Nawaz Sharif is ranked 6th among 10 most papular Pakistanis. Previously he served as Prime Minister for two non-consecutive terms from November 1990 to July 1993 and from February 1997 to October 1999. He is the president of Pakistan Muslim League (N), which is currently Pakistan’s largest political party. Besides politics, he is a big industrialist and businessman. As the owner of Ittefaq Group, a leading business conglomerate, he is also one of the country’s wealthiest men. He is commonly known as the “Lion of the Punjab” or “Tiger of Pakistan. 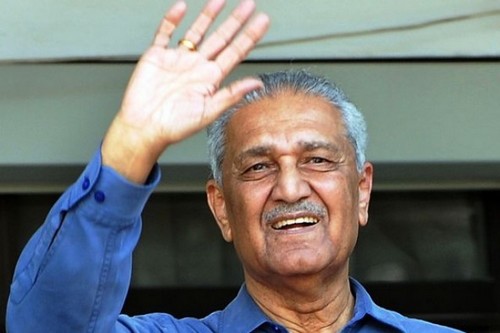 Abdul Qadeer Khan, also respectfully known by some in Pakistan as Mohsin-e-Pakistan. Dr. A. Q. Khan, is a Pakistani nuclear scientist and a metallurgical engineer, colloquially regarded as the founder of HEU based Gas-centrifuge uranium enrichment program for Pakistan’s integrated atomic bomb project. He was one of Pakistan’s top scientists, and was involved in the country’s various scientific programs until his dismissal. 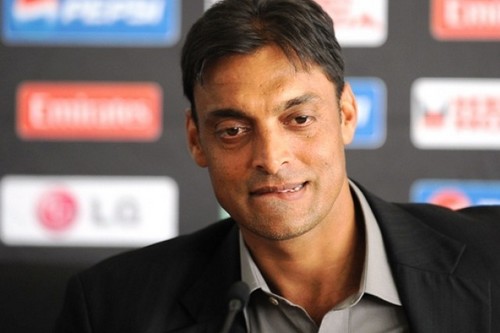 The former Pakistani cricketer who is regarded as one of the fastest bowlers in modern cricket. Known as “Pindi Express”. Shoaib Akhtar was born in a small town near Rawalpindi, Punjab. He is one of the fastest bowlers in cricket history. Akhtar has a number of fast bowling records. He has bowled at speeds of 161.3kph, 160kph 3x, 159kph and 158.4kph. The fastest three were against New Zealand in 2002 and the other three were against Sri Lanka in 2002 also. He was the first bowler in the history of cricket to have been recorded to bowl over 100 mph, though there were suggestions that others may have achieved the feat prior to the speed being recorded. 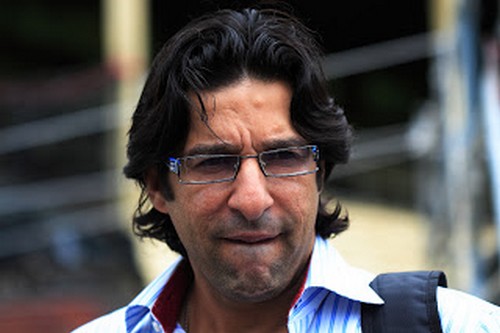 Wasim Akram, the worldwide famous Pakistani cricketer, regarded as one of the greatest fast bowlers in the history of cricket. He was a genuine left arm fast bowler who could bowl with significant pace and left-handed batsman who represented the Pakistan national cricket team in Test cricket and One Day International (ODI) matches. He holds the world record for most wickets in List A cricket with 881 and is second only to Sri Lankan off-spin bowler, Muttiah Muralitharan in terms of ODI wickets with 502. He is considered to be one of the founders and perhaps the finest exponent of reverse swing bowling. Akram had a very special talent to move the ball both ways in one delivery which is called ” double swing of Wasim Akram”. No one in cricket history has done it so far. 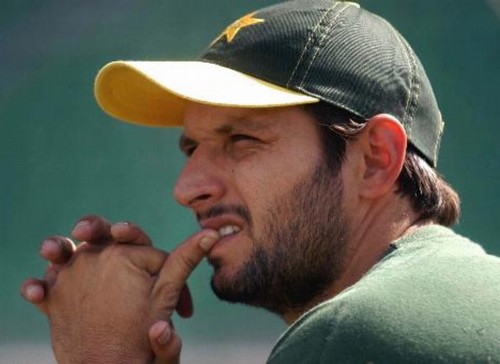 All time popular cricketer worldwide. The former Pakistani cricketer, Sahibzada Muhammad Shahid Khan Afridi is 2nd in list. He is most famous for his aggressive batting style. He holds the record for the fastest ODI century which he made in his first international innings, as well as scoring 32 runs in a single over. He also holds the distinction of having hit the most number of sixes in the history of ODI cricket. He also hold the record of longest sixer in cricket history. He is the only cricketer who slapped 400 sixes in the cricket history. He has huge fan club around the world. 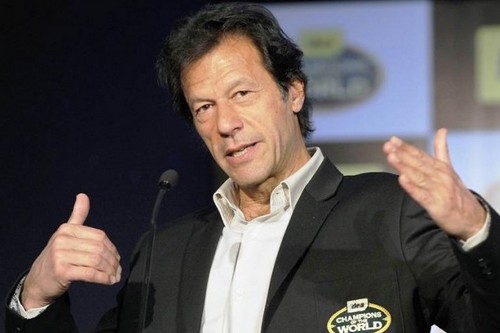 The Pakistani politician, celebrity, and former cricketer. He played international cricket for two decades in the late twentieth century. He was Pakistan’s most successful cricket captain, leading his country to victory at the 1992 Cricket World Cup. After retiring from cricket he entered politics. In 1996, Pakistan Tehreek-e-Insaf (“Movement for Justice”) political party was established and Khan became its chairman. Besides his political activism, Khan is also a philanthropist, cricket commentator, Chancellor of the University of Bradford and Founding Chairman of Board of Governors of Shaukat Khanum Memorial Cancer Hospital & Research Centre. Through worldwide fundraising, he founded Namal College, Mianwali in 2008.