There exists 4,000 minerals and almost two hundred varieties of gemstones on earth. It’s likely that you’ve never heard about most of these gemstones because of their rarity. They take millions of years to be formed. In this list, we comes with the Top 10 Rarest Gemstones in the world. The following are world’s unique, expensive and most valuable gemstones.

Top 10 Rarest Gemstones in the world

Poudretteite is an extremely rare gemstone. It was first discovered in Mont St. Hilaire in Quebec, Canada in 1960’s. It was named in honor of the Poudrette family who are the operators of the quarry where the gemstone was discovered. It has an hexagonal shape and a very pale pink color. Its price is a whopping $3,000 per carat, making it one of the most expensive gemstone on earth.

Benitoite is one of the rarest gemstones that is relatively new. It’s a blue barium titanium silicate mineral that fluoresces under UV light. It was first discovered in 1907. Also, it is an exquisite and most valuable gemstone. Due to its rarity, it can be extremely expensive. In addition, Benitoite rarely exceeds 2 carats.

The biggest Benitoite source is the Diablo Range, in San Benito County, California. Hence why in 1985 Benitoite was named as the official state gem of California. 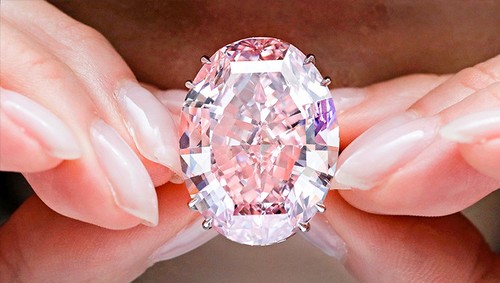 The Pink Star Diamond, previously known as Steinmetz Pink, is the world’s most expensive gemstone. It’s a 59.60 carat gemstone that was mined in 1999. It is the largest vivid pink diamond ever graded by the GIA and was sold for $60 million at an auction in Hong Kong in 2017.

The buyer of the Pink Star Diamond later renamed it to CTF Pink. It’s worth a $1.2 million per carat, however, the record holder is the Blue Moon of Josephine, which is worth $4 million per carat. 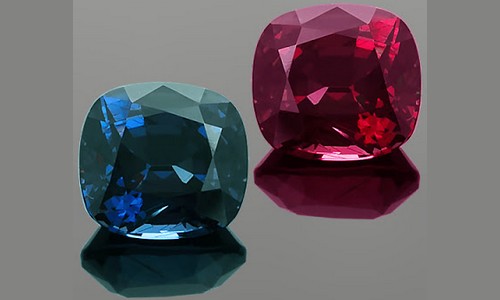 Alexandrite is another very rare gemstone of chrysoberyl. It’s often described as ‘emerald by day, ruby by night’ due to its color changing ability. It has replaced the traditional pearl as the modern june birthstone. It is also the gem for the 55th wedding anniversary.

Alexandrite was first discovered in the 1830’s in the Ural Mountains of Russia and was named by Count Lev Alekseevich Perovskii.

In order to form, it needs beryllium which is considered to be one of the rarest elements on earth. 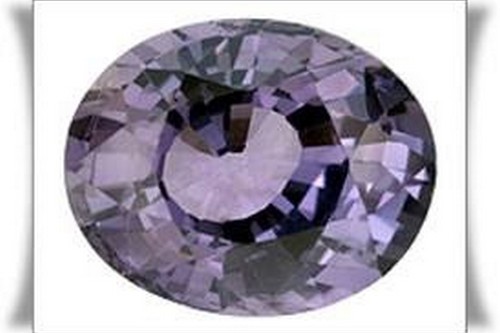 Member of the Taaffeite family of minerals, Musgravite is a rare oxide gemstone. It is highly sought after by collectors. Musgravite was discovered in the Musgrave Range of South Australia in 1967. It crystallizes in the trigonal system. In addition, there are only eight known in the world.

Musgravite costs around $35000 per carat. It’s known to be difficult to distinguish from taaffeite. Its main ingredients are Beryllium, Magnesium and Aluminium. 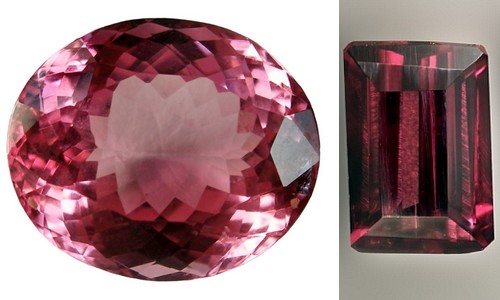 Painite is a rare borate gemstone. In the past, it was discribed by Guinness Book of World Records as the rarest gemstones. It was firstly discovered by English gem collector Arthur Charles Davy Pain in the 1950s and was named after him. It was once recognized as the world’s rarest mineral. However, many Painite have been found later.

It contains calcium, zirconium, boron, aluminum and traces of chromiun and vanadium which are the reason for its orange red color.

The Painite gemstone was found in a field in a village near Mogok, Burma. Many of the Painite gemstones are currently in the British Museum of Natural History, Caliornia Institute of Technology and the GRS gem research laboratory in Swirzerland. 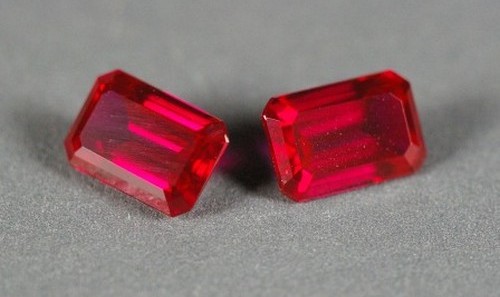 Red Beryl, also known as Bixbite, red emerald or scarlet emerald, is a rare variety of beryl. It receives its red color from the traces of manganese. Bixbite, or Red Beryl, was discovered in Utah, USA and named after Maynard Bixby. It is one of the most desirable gemstone due to its beautiful color and rarity.

The most valuable Red Beryl would have a raspberry pink to purplish red color. Recently, there have been red gemstone that marketed as red beryl called Pezzottaite. Not as rare as Red Beryl, Pezzottaite were discovered in Madagascar. 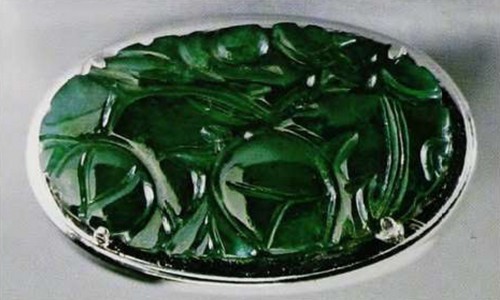 Jadeite is the rarest one of two types of pure jade. It’s a pyroxene mineral and was very precious in ancient societies. It was believed that it could cure kidney stones if it was rubbed on the side of the body. It can not only be found in a rich emerald green, but also other colors. However, the green colored Jadeite is the most valuable out of all colors.

It has been used to make jewerly since the prehistoric times. In addition, it’s the hour birthstone for those born between 9 and 10 PM. 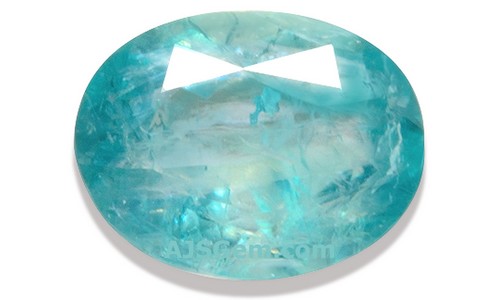 Grandidierite was first discovered in Southern Madagascar in 1902 and was named in honor of french explorer Alfred Grandidier. It’s almost impossible to find, and samples of Grandidierite have been found in locations around the world such as Sri Lanka and Namibia. Also, it’s one of the rarest gemstones on earth.

See also; 10 Rarest and Most Valuable things in the World. 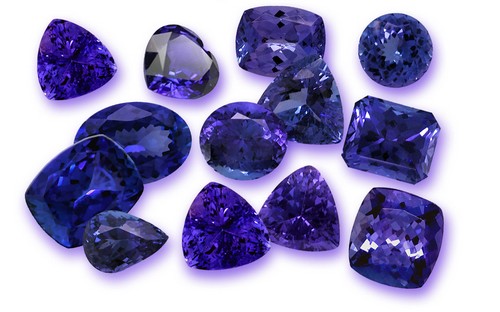 Tanzanite is an exotic gemstone found in one location on earth near the hills of Merelani in nothern Tanzania. It’s a recent discovery, found in 1967 by Manuel d’Souza. Tanzanite is a member of the mineral family Zoisite.

In addition, it’s the birthstone for December and for the 24th anniversary. Also, these rare gemstone resembled the Kashmir sapphire in color.