The competitive sports played in major world competitions began in different countries. Majority of the main games can be traced back to England where they were invented or the rules of the sport were formalized. Even though there were similar versions of the games in other parts of the world, it was in England that the modern versions originated from. These are the top 10 sports invented in England. 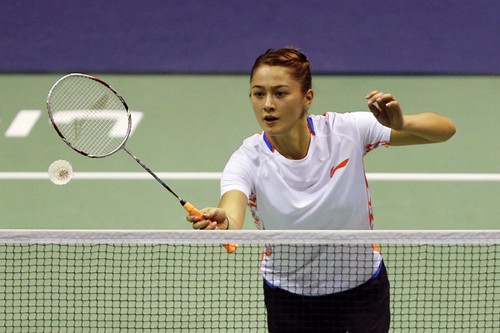 Badminton takes its name from Badminton House – home of the Duke of Beaufort in the English county of Gloucestershire. The Duke is credited with bringing a version of the game – Poona – back from India and introducing it to his guests in 1873. In 1877 the first set of written rules were devised by the newly formed Bath Badminton Club. The Badminton Federation of England was created 16 years later and in 1899 it organized the first All England Championships. Badminton appeared first in the Olympics in 1972 at the games in Munich but as a demonstration sport. It was in the 1992 Games in Barcelona that it was officially included in the Olympic program. 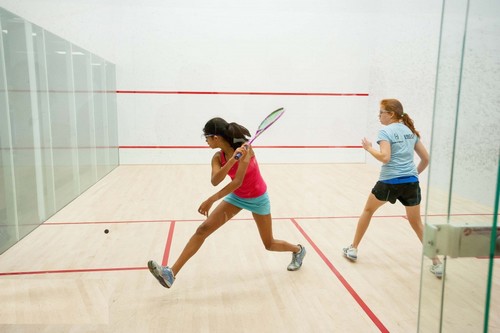 Squash traces its origins from the game of rackets. In the early 19th century prisoners in The Fleet Prison in London enjoyed the game of hitting a ball against walls using rackets. Squash was invented in Harrow school around 1830, when the pupils discovered that a punctured Rackets ball, which ‘squashed’ on impact with the wall, produced a game with a greater variety of shots and required much more effort on the part of the players. In 1864 the first four Squash courts were constructed at the school and Squash was officially founded as a sport. In 1886 the first set of rules were agreed and by the 1890s the game was being played in many parts of the world. In England the game was regulated by a Squash sub-committee of the Tennis and Rackets Association from 1908 to 1928 when the Squash Rackets Association was formed. The first professional Squash Championship was held in 1920 in England, when C.R. Read (Queens Club) beat A.W.B. Johnson (RAC Club). In 1922 the British open was held for men and Women at Queen’s Club in London. 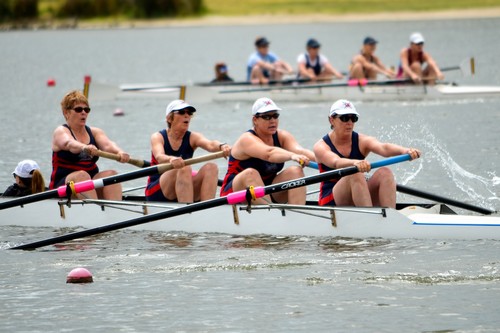 Rowing had been used as a means of transport in Egypt, Greece and Rome but became a sport in England in the 17th and early 18th centuries. The oldest rowing contest in the world is said to be Doggett’s Coat and Badge Race which has been held annually since 1715. The modern rowing sport began in the 1828 with the Oxford-Cambridge university boat race and the Henley Royal Regatta which started in 1839. The sport was exported to America in the 19th century. Rowing has been staged at all editions of the Olympic games except in 1896 when a stormy sea caused cancellation of the events. 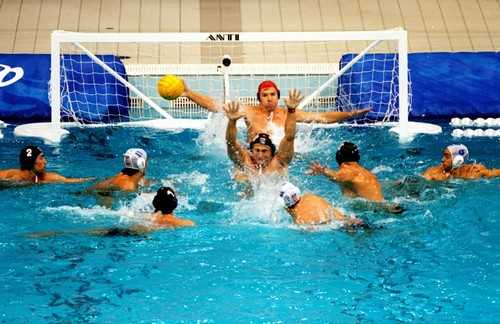 Water polo is said to have originated in the rivers and lakes of England as an aquatic version of rugby football in mid-19th century. They used an inflated, vulcanized rubber ball imported from India known as Pulu –which in India means ball. The English people pronounced the word as ‘Polo’ and thus the origin of the word ‘Water Polo’. In 1870 the London Swimming Association created a set of water polo rules for indoor swimming pools. It was in 1888 that the game was introduced in the United States where it used the format of American Football. Water Polo was introduced to the Olympics in 1900 as the first team sport. In 1911, the Federation International de Natation Amateur (FINA), the international governing body for all amateur aquatic sports, adopted the Scottish rules of the game for all international events. 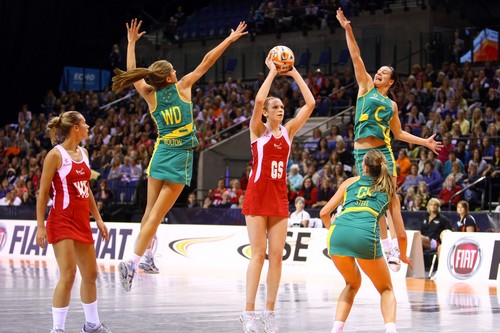 Netball originated from early forms of basketball. It was in 1891 when basketball was modified for women. Women’s basketball spread across the United States and England where the rules were changed over several years to form an entirely new sport called netball. Netball is said to have first been played in England in 1895 at Madame Ostenburg’s College. It then spread to many British Commonwealth countries though there were few rules at that time with both nine-a-side and five-a-side versions of the game. The first rules of netball were published at the start of the twentieth century. In the 1920s, national netball associations were formed to organize the game in respective nations. Few International matches were played but there arose confusion due to the difference in rules. In 1960 representatives from England, Australia, New Zealand, South Africa and The West Indies meet in Sri Lanka, to establish The International Federation of Women’s Basketball and Netball. From then it was established that World Championship tournaments would be held every four years, beginning in Eastbourne, England in 1963. 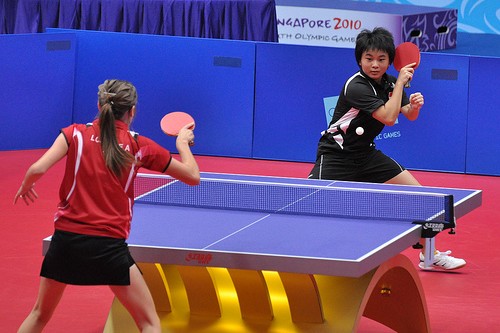 Table tennis was invented in the 1800s by upper-class Victorians in England as a genteel, after-dinner alternative to lawn tennis. It was usually played on large dining room tables where a line of books would often serve as the net. The rounded top of a champagne cork would be the ball and sometimes they would use small rubber balls from children’s toys. A cigar box lid would serve as the racket. The plastic balls were however made in America in the 1880s by a company Parker Brothers and were brought to England by James Gibb after he visited America. It was in 1926 that the International Table Tennis Federation was formed following meetings in London and Berlin. The first world championships were also held in the same year in London.

The history of cricket dates back to England in 1550, where there is evidence of the game being played in Guildford, Surrey. Actually the word cricket is derived from the Anglo-Saxon word cricc which means a shepherd’s staff as it is thought that the first players were English shepherds who used their criccs as bats. There is also evidence which shows that it was played in several parts of Kent and Sussex in the 1600s. The oldest surviving set of cricket laws date back to 1744 where they were printed on a handkerchief, but the rules were formalized by Marylebone Cricket Club (MCC) in 1797. It was in 1805 that the first permanent fixture was played between Eton and Harrow, and it has been played annually. Cricket then spread and became popular in other countries that were occupied by the British like Australia, New Zealand, West Indies, South Africa, India, Pakistan and Sri Lanka. 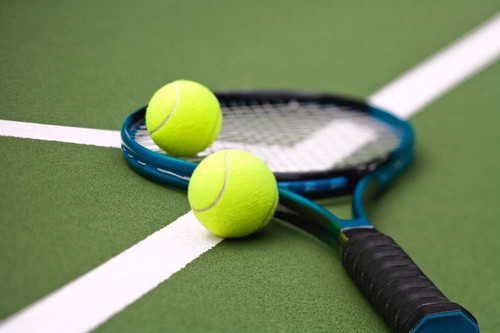 There had been earlier versions of tennis being played in Egypt, Italy, France and even in England. They evolved leading to other racket sports like racquets and squash racquets. It was in 1874 that Major Charles Wingfield patented the equipment and rules for the modern lawn tennis game. In 1877 the All England Crocquet Club and Lawn Tennis club staged their first tournament in Wimbledon using Wingfield’s rules. The four grand slam events were also established in this era; Wimbledon in 1877, the U.S. Open in 1881, the French Open in 1891 and the Australian Open in 1905. The first team competition- The Davis Cup was established in 1900 with the women’s equivalent, the Federation Cup, now the Fed Cup, launched in 1963. It spread to other countries, and the national tennis associations came together in 1913 to form the International Lawn Tennis Federation (ILTF) which ensured the game was uniformly structured. 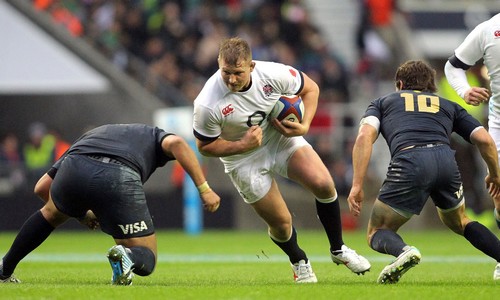 Rugby can be traced back to 1820 at Rugby School in Warwickshire where it was played like football. Players were allowed to catch the ball and kick it out of their hands. It was in 1823 that a 16-year-old boy from Town House William Webb Ellis is said to have run with the ball creating the distinctive feature of the game. The first written rules however appeared in 1845. The game spread as the Rugby School boys moved to the universities Oxford and Cambridge. From the universities the graduating teachers would introduce the game to other parts of England, Wales, Scotland and other parts of the world. In 1871 the Rugby Football Union was founded in London and it is the same year that Scotland beat England in the first ever international match. In 1882 England, Wales, Scotland and Ireland formed the International Championship. It was in 1888 that the game reached Australia and New Zealand with a team lead by Bob Sneddon. Later in 1910 France joined the international championship. 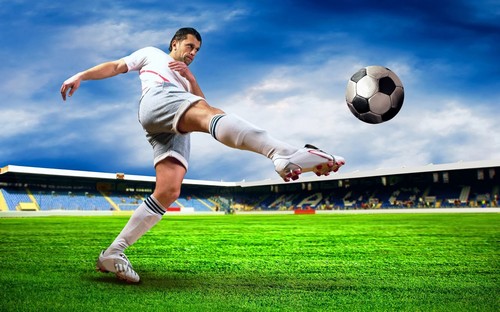 Dave Ngash is a scriptwriter, poet, comedian and freelance article writer. He can be reached via the email davengash254@gmail.com.