Sports and games are the best form of exercise, for the body, as well as the mind. They are a great source of entertainment, for those who participate and those who simply like to watch. There are various kinds of sports in the world, which people indulge in. While some are meant to be played indoors, others are supposed to be enjoyed out in the open. Some are relaxing, while others are challenging. There is always a level of danger involved in majority of the physical sports, but in some, the danger level can bring the athlete close enough to death. Let us take a look at the 10 most dangerous sports. 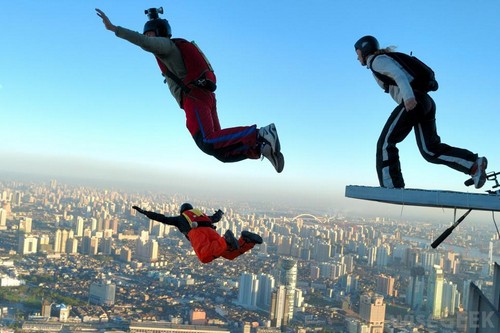 BASE jumping is essentially parachuting. The BASE part is actually an acronym for Building, Antenna, Span and Earth, meaning cliff. These are the fixed structures from which individuals hurl themselves. Exciting as it sounds, speeding through the air with the wind running through the hair, it is lethal. Apart from the obvious risk of jumping from hundreds of feet above, there’s a chance of being thrashed by the wind. It is illegal in many countries, including in the US, except at organized events. See also; The 10 Deadly Sports That Can Get You Killed.

It is not too hard to pick out from the name of the sport itself that heli-skiing has something to do with helicopters. Well, it is off-trail, downhill snowboarding or skiing, accessed by a helicopter. Passionate patrons of the sport even book a year in advance to leap onto snow on peaks far away from human inhabitation, and then ski down. They ignore completely the possibility of being stranded by weather change, or being killed by avalanche. The helicopter rides, too, are perilous. 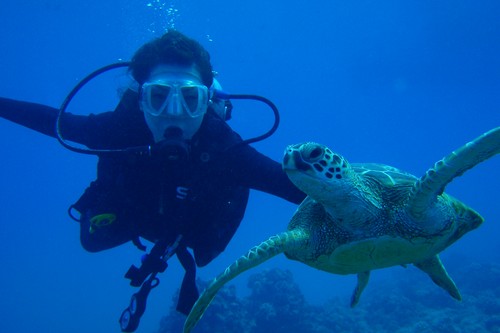 While scuba diving has become a common term, most do not know that Scuba is actually an acronym for Self-Contained Underwater Breathing Apparatus, which is used by a diver for breathing underwater. While it sounds wonderful, but it comes with its perils. If the ascent from a dive is too fast, it can cause decompression illnesses, which include bends, and can cause spinal cord, brain and lung failure. There is also the fear of being attacked by stray sharks or other underwater creatures. 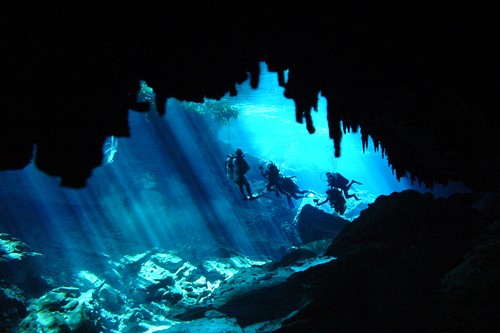 Cave diving is an unusual sport which involves underwater diving in caves with at least partial water content. Besides the use of regular scuba equipment in specialized configurations, it uses a varied range of equipment, depending on the circumstances. Major hazards of this sport are caused my lighting failure and low visibility, which can lead to separation from the partner. Air loss is another peril, especially because one can’t just rise to the surface to catch air, or he might smash his head. 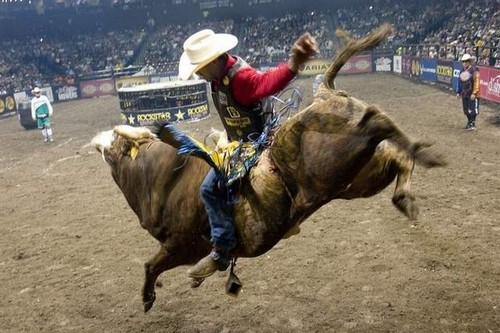 Bull riding is a rodeo sport, in which the rider mounts a large bull and tries to stay atop the bull, while it attempts to buck off the rider. This sport is considered a great favourite with the extremely macho men who like to boast about their high testosterone level and are ready to take on any pain for the sake of it. While the fall can cause severe injuries and concussions, the bull, which can weigh up to 1800 pounds, may trample the fallen rider. But, for some, beyond the pain and fear lies an art. 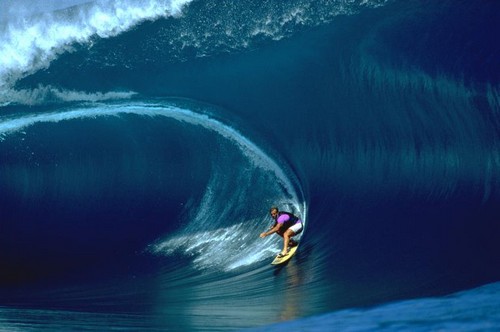 Big wave surfing is a discipline of surfing in which surfing maestros paddle into or are towed onto waves of the height of at least 20 feet. The most coveted crown is to ride an intimidating 100-foot wave which offers a prize a $100,000. Some of the biggest hazards of this sport include drowning and being pulled into the water by the current, or even have the head smashed against the hidden underwater rocks. It is also not impossible to get whacked by the gun, which is the surfing board. 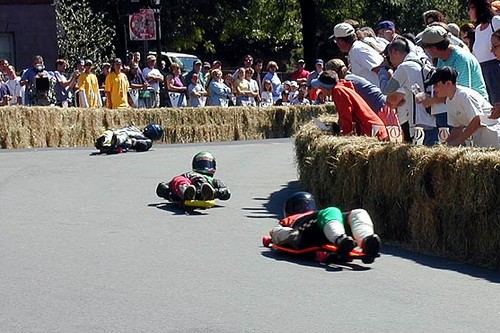 Street luge is a lot like skateboarding, except the rider is in a supine position on the luge board or sled, as he dashes down a paved road or course at extremely high speed. The legality of this extreme gravity-powered activity is a shady issue. Participants are required to put on protective leathers and helmets, or the chances of getting smashed by vehicles that will most likely not notice the riders, will go higher. The chances of collision on road are high, short of which, only the feet work as brakes. 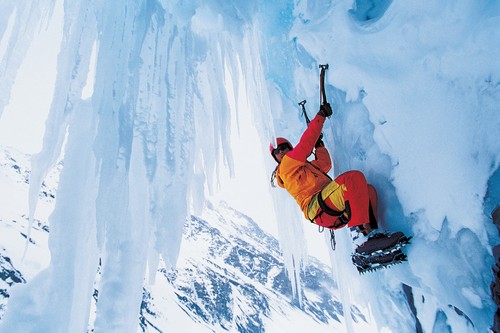 It is not too hard to comprehend that mountain climbing essentially involves the risky activity of climbing up and down the highest of natural rocks, i.e. mountains. Every element of this activity is risky. The climber can receive different physical injuries like twisted ankles, sprained muscles, torn ligaments, broken bones, back injury, concussion, or frostbite, during the heavy physical activities or from falls. Weather changes can be lethal, one can lose path easily, and deaths are quite common. 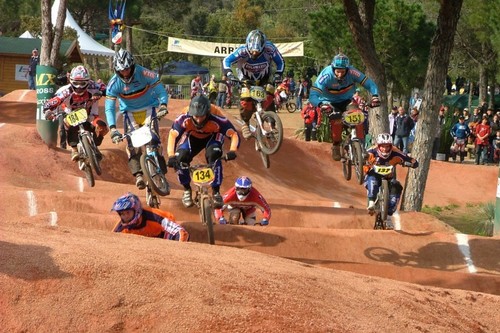 Bicycle motocross, or BMX, is a cycle sport, and there are special kinds of bikes, known as BMX bikes, which are ridden in this sport. While the sport in its basic form involves racing, its offshoots include bicycle stunts on vertical ramp and flatland. It requires the cyclist to perform a combination of acrobatics while he is astride the BMX bike. As the bikers strive to do a trick no one else has ever done before. They are likely to face injuries or even concussions, besides cuts, scrapes and bruises. 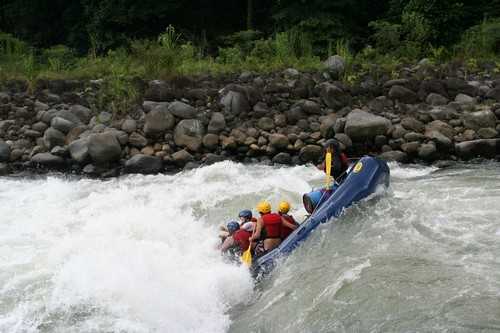 White water rafting is a perilous outdoor activity in which an inflatable raft is used as a vehicle to navigate white water or other water bodies of rough water. The environment is varied, and brings new challenges to the participants. The wild waters pose the threats of tossing the participants, smashing them into rocks. The foot entrapment can entangle a participant if he falls off, making it difficult for him to dislodge himself easily. Common injuries include broken bones or twisted knees.

It is hard to rank sports on the basis of danger, especially since no sport committee wishes to highlight on the perils of the sport. Even though agencies like Forbes often make such lists based on casualties and possible dangers. However, a large number of people are drawn to these dangerous sports, just for the adrenaline rush and the kick they get from it. These sports are not for the faint-hearted. If someone loves to live on the edge, these are the sports are just meant for them.

Here are some other great lists in sports category, you may also like;

10 Strangest Sports Played Around The Globe.

The 10 Weird Sports that Actually Exist.