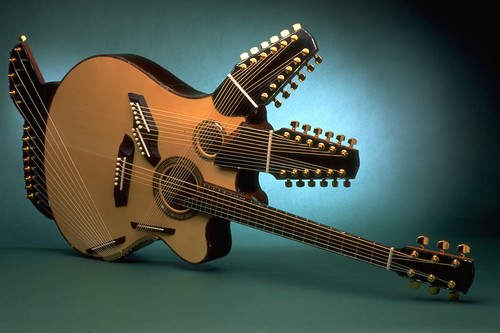 Designed by luthier Linda Manzer, the Pikasso Guitar is one of the odd musical instruments. It is named for its similarity to the appearance of the cubist works of the legendary artist Pablo Picasso. This instrument is actually a modified harp guitar with a wedge-shaped body, having four necks, two sound holes and 42 strings. It was originally made for jazz musician Pat Metheny who has incorporated its sound in his various works. 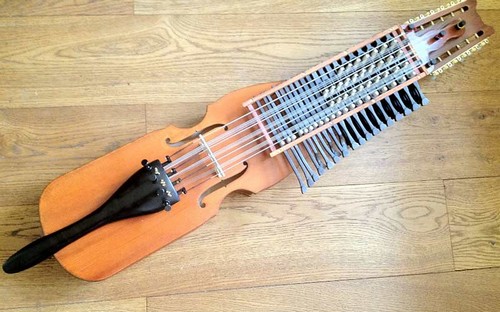 Regarded to be one of the oldest existing musical instruments today, Nyckelharpa is a traditional Swedish instrument. Literally meaning ‘key harp’, it is believed to have been invented in early 14th century. Usually the musical instrument is composed of 16 strings and 37 keys, though various types exist. 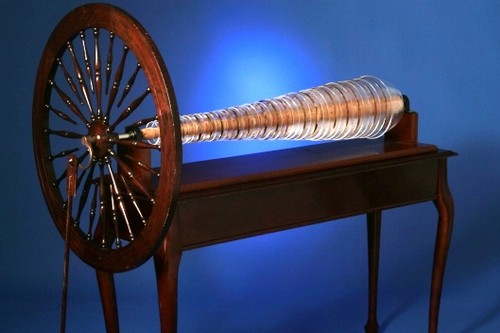 The brainchild of the multifaceted genius Benjamin Franklin, Glass Armonica is also known as Bowl Organ and Hydrocrystallophone. The instrument consists of several glass bowls and goblets of varying sizes fixed on a rotating axis which would produce music when touched on the rims with wet fingers. The original version was introduced in 1762. For a brief period, the instrument was very popular across Europe. It has been undergone many modifications since then. 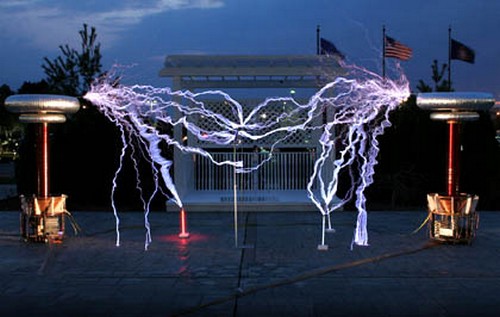 Also known as Singing Tesla Coils or Thoremin, Zeusaphone is one of the most bizarre instruments out there. Its two names are derived from the gods Zeus and Thor. It is made from Tesla coil which is modified to produce music by controlling its spark output. Even though the frequency of resulting wave is beyond the limit of human perception, it is digitally modulated to audible wave. 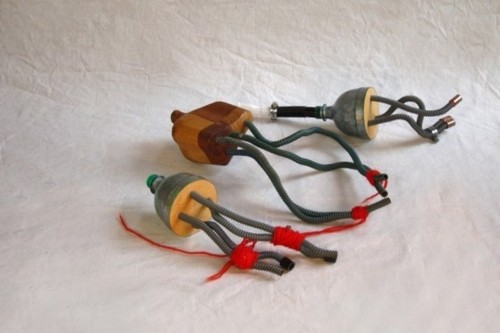 This experimental musical instrument was invented by Bart Hopkin. It is made from flexible corrugated pipes, which are normally found in hospitals or workshops. The Branching Corrugahorn consists of a mouthpiece and several corrugated pipes of varying lengths. The artist blows into the mouthpiece while keeping the tubes closed with fingers. When he takes a finger, that tube will emit sound. 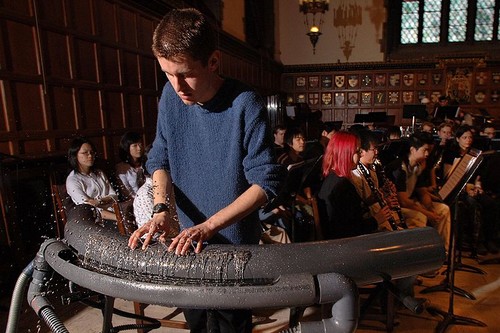 As its name indicates, Hydraulophone is basically an organ powered by water or other liquids. It was invented and named by Steve Mann. The instrument has several holes, and the sound producing mechanism emanates music when the water flow through one hole is blocked. It is often used as a sensory exploration device for visually challenged persons. The Ontario Science Center in Canada houses the largest hydraulophone in the world. 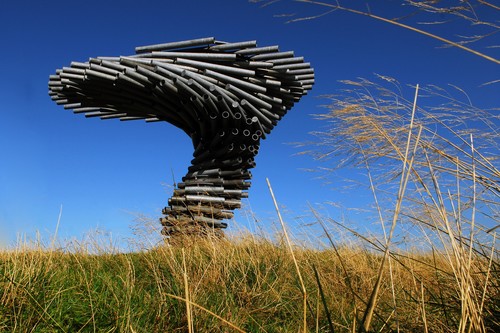 Another absolutely strange musical instrument, the Singing Ringing Tree is actually a sculpture located in Pennine Hills, England. It was designed by architects Mike Tonkin and Anna Liu and was installed in 2006. Having a height of 3 metres, the sculpture is made of galvanized steel pipes of various lengths which have several holes. The instrument produces sounds of musical quality with the passage of wind through the holes. 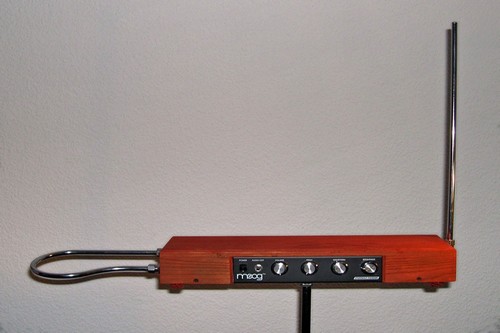 Originally known as Aetherphone, Theremin is a unique musical instrument. The most amazing feature of the electronic instrument is that it is played without physical contact, and was the first one to be so. It was designed by Russian inventor Leon Theremin in 1920 and was named after him. The Theremin consists of two metal antennas which can sense the relative position of the performer’s hands and two oscillators connected to them. The performer moves his hands within the range of the antennas. The distance between one hand and an antenna determines the pitch while the distance between the corresponding others determines the volume. It is actually one of the earliest electronic musical instruments. 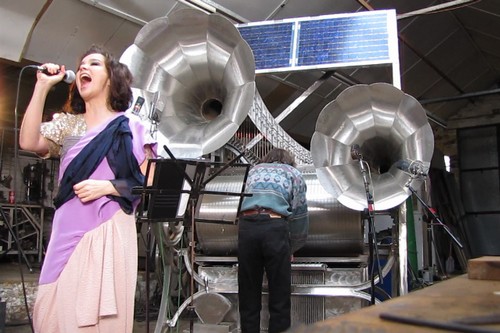 One of the unique things about Sharpsichord is that it is solar-powered. Also known as Barrel Harp, it was invented by instrument maker Henry Dagg. The sharpsichord is a perforated cylinder containing 11,520 holes into which the musician plugs pins to create music. These cylinders rotate and the pins trigger a mechanism that plucks the appropriate strings. Anyone can create his own music with the instrument. However, it can only be played for a maximum of 90 seconds after which it has to be reprogrammed. 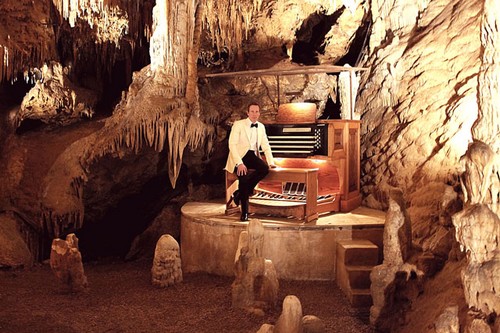 Created by Pentagon scientist LeIand W. Sprinkle in 1956, the Great Stalacpipe Organ is the world’s largest musical instrument. Occupying more than three acres of Luray Caverns in Virginia, the organ produces music tones by striking the stalactites of different sizes with rubber mallets using a keyboard console. The music produced by the instrument can be heard from anywhere in the caverns without a loudspeaker. Scandinavian group Pepe Deluxe was the first artist to record an original composition on the instrument in 2011.